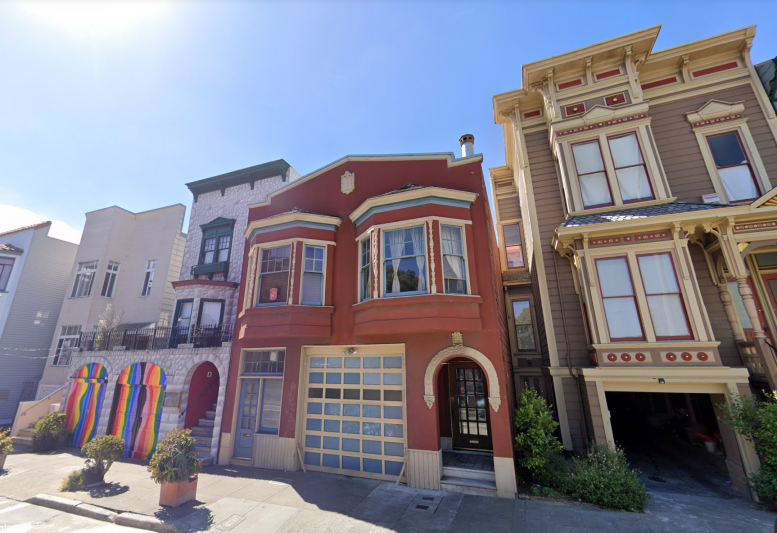 Permits have been filed for a residential expansion at 3747 17th Street in the Castro, San Francisco. The current structure will undergo a large addition, increasing its density and land use. A third floor will be added to the top to hold one of two added residential units. Once complete, the former single-family residence will contain three family-size apartments.

The third floor will be set twelve feet back from the street to allow the existing facade to maintain its prominence on the road. Plans are the expand the existing 2,588 square foot area by 3,633 square feet. This will bring the total space yielded to 6,221 square feet. Two units will have three bedrooms, with the other apartment containing two-bedrooms. In all, the building will hold eight bedrooms after the renovation.

The site is between Sanchez Street and Church Street. Nearby transit access is offered to MUNI light rail via the 18th Street station, just three short blocks away from the address.

The existing structure is an attractive two-story household boasting a red façade. Many details are located on the building’s exterior, giving it an elegant and Victorian look. The third-floor addition has been designed to take in count of the structure and the neighboring ones as well, as it will include a light well to help it fit in with the building next door.

Be the first to comment on "Permits Filed For 3747 17th Street In The Castro, San Francisco"