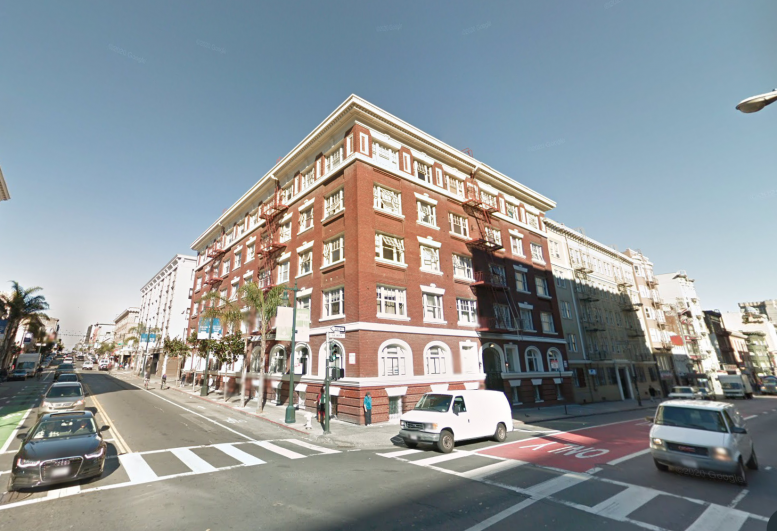 Permits have been filed for a residential expansion at 990 Geary Street in the Tenderloin, San Francisco. The building’s first floor will be refurbished to make way for seven new residential units, along with an interior renovation of the full structure. This will bring the unit count of the structure up from 60 apartments to 67.

The site is between Larkin Street and Polk Street. It is within walking distance of Nob Hill and City Hall. The closest BART station, Civic Center, is just fifteen minutes away by foot.

The six-story multifamily structure boasts an attractive brick façade. The stately design has white trim with highly detailed cornices, pleasantly accenting the elegant structure. Though it is not the tallest structure in the area, its corner location and eye-catching façade make it highly visible and prominent to a pedestrian’s view.

Be the first to comment on "Permits Filed For 990 Geary Street In The Tenderloin, San Francisco"