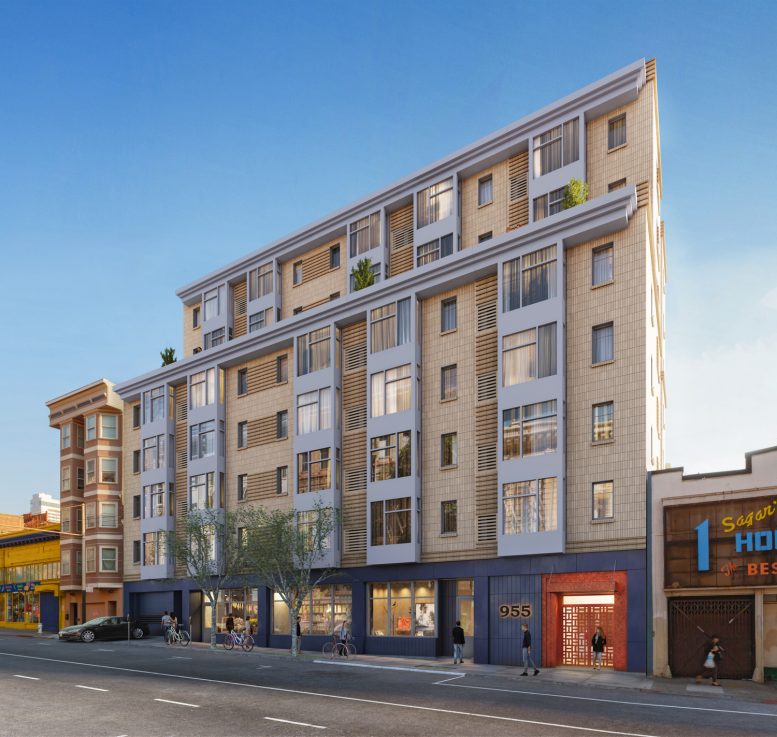 The proposal for an eight-story mixed-use building at 955 Post Street is heading to the San Francisco Planning commission today at 1:00 PM. Developers hope to bring sixty-nine new residential units in the Polk Gulch neighborhood, of which seventeen will be sold as affordable housing. 955 Post LLC is responsible for the development.

Page & Turnbull are responsible for the architecture. The design offers a restrained contemporary interpretation of San Francisco’s traditional architectural vernacular. Vertically set masonry bricks along the primary walls add verticality to the design. An insulated panel cornice will span the street-facing facade’s length, connected to five feature bay windows, an echo of the historical past. Metal louvers will be used to obscure heating and cooling units.

A central court will provide a light well for the shared corridors from the second floor up. The enlivened space will be decorated with an artificial green wall and iridescent blue mosaic tiles.

An L-shaped backyard behind the building is going to be opened as a shared amenity. The landscaped space includes a barbeque and dining area, fire pit, and other staged seating with pre-picked lounge furniture.

The 80-foot building will yield 75,200 square feet, of which 67,950 square feet will be for residential use. Twenty four units will be one-bedroom, with thirty-six two-bedroom, and nine three-bedroom units. A fifteen-foot deep setback on the sixth floor will afford room to create five private outdoor patios. 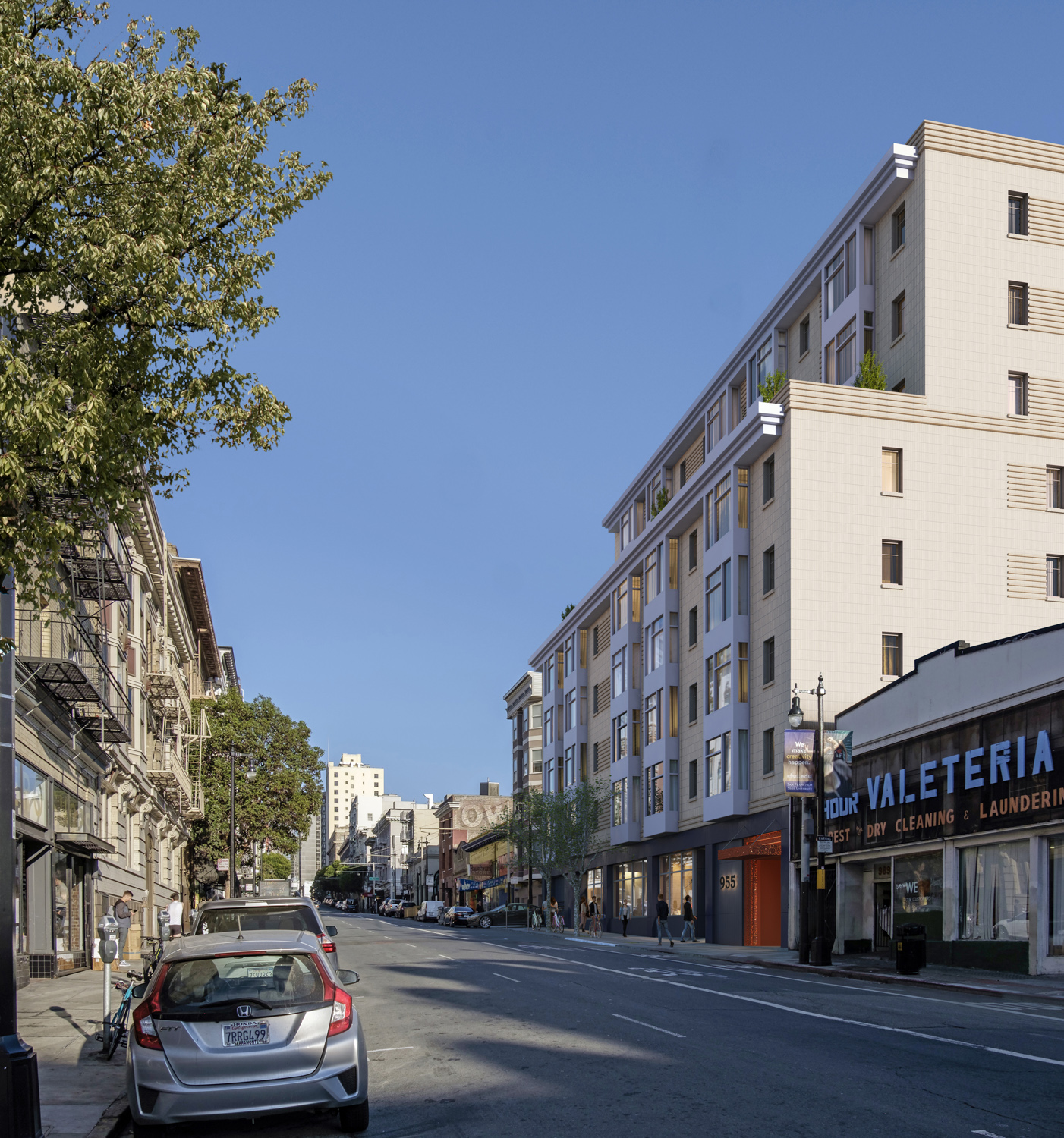 The remaining space will include, most notably, 5,710 square feet to store 80 bicycles and nine vehicles and 1,540 square feet for commercial retail. The outside of the retail space will be decorated with dark blue fiber cement planks, visually distinguishing the first level from the rest of the design. 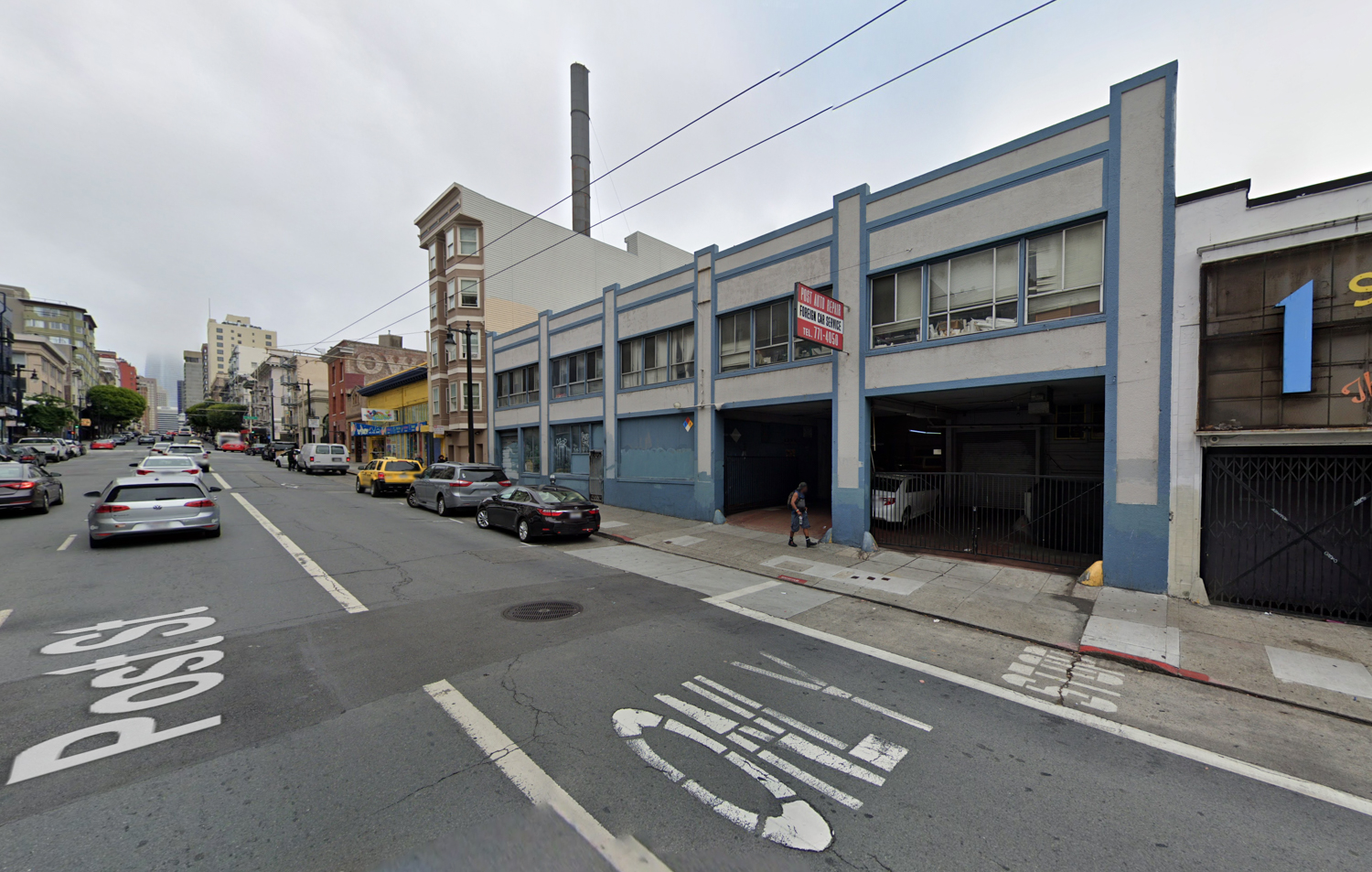 The development requires the demolition of a two-story auto repair warehouse. Construction is expected to cost $10 million. An estimated completion date has not been announced.

The address is three blocks from the Van Ness Avenue thoroughfare.

YIMBY recently went back to check the status of co

As the 30th tallest entry in Chicago YIMBY’s end