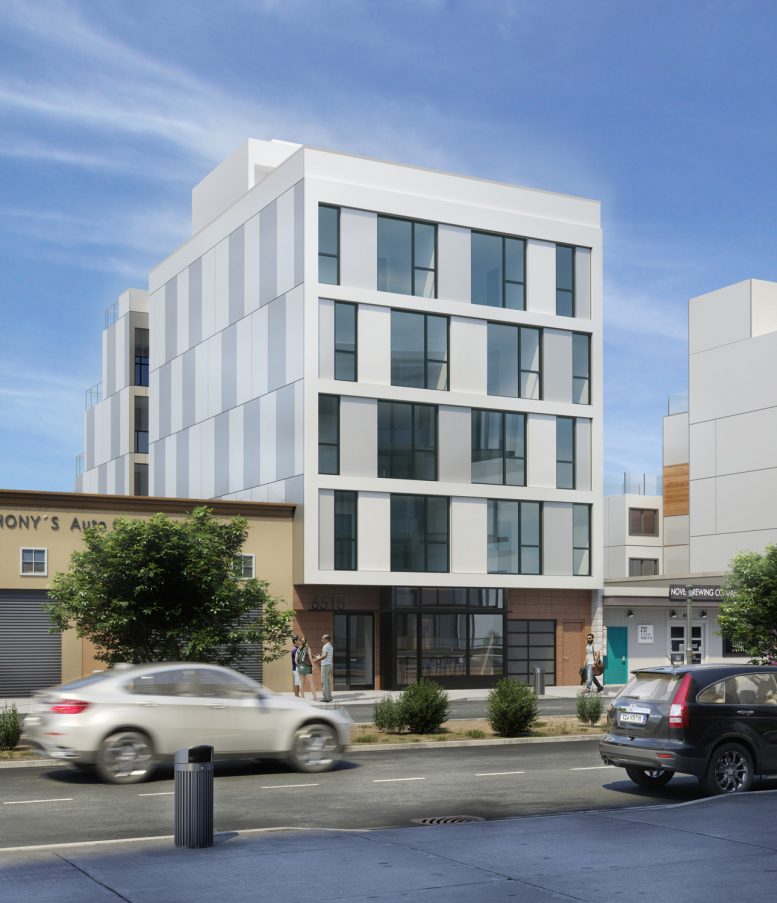 Development permits have been filed for a new six-story mixed-use building at 6518 San Pablo Avenue in Paradise Park, Oakland. The neighborhood has been fastly redevelopedThe proposal will create nine residential units and two spots for ground-floor retail. Atomic Development Company is responsible for the project.

The three-story structure will be a downsized iteration from planning permits filed in 2019, which had called for as many as thirteen apartments across five stories. Still, the development will offer two commercial retail units at ground level. 2,648 square feet of the ground level will be used for parking, with EV charging stations and five compact city car lifts for maximized storage.

Floor plan drawings were completed by Emeryville-based Dimension Architect + Design Inc, though the project design is being executed by architects Diane Vollering and Tyler Kobick. Applications indicate that the project is guided by “the Oakland General Plan,” with the one variation being additional commercial space. The development will be managed from the 6518 San Pablo LLC. While a sale price has not yet been publicized, it was last on the market for $1.2 million. 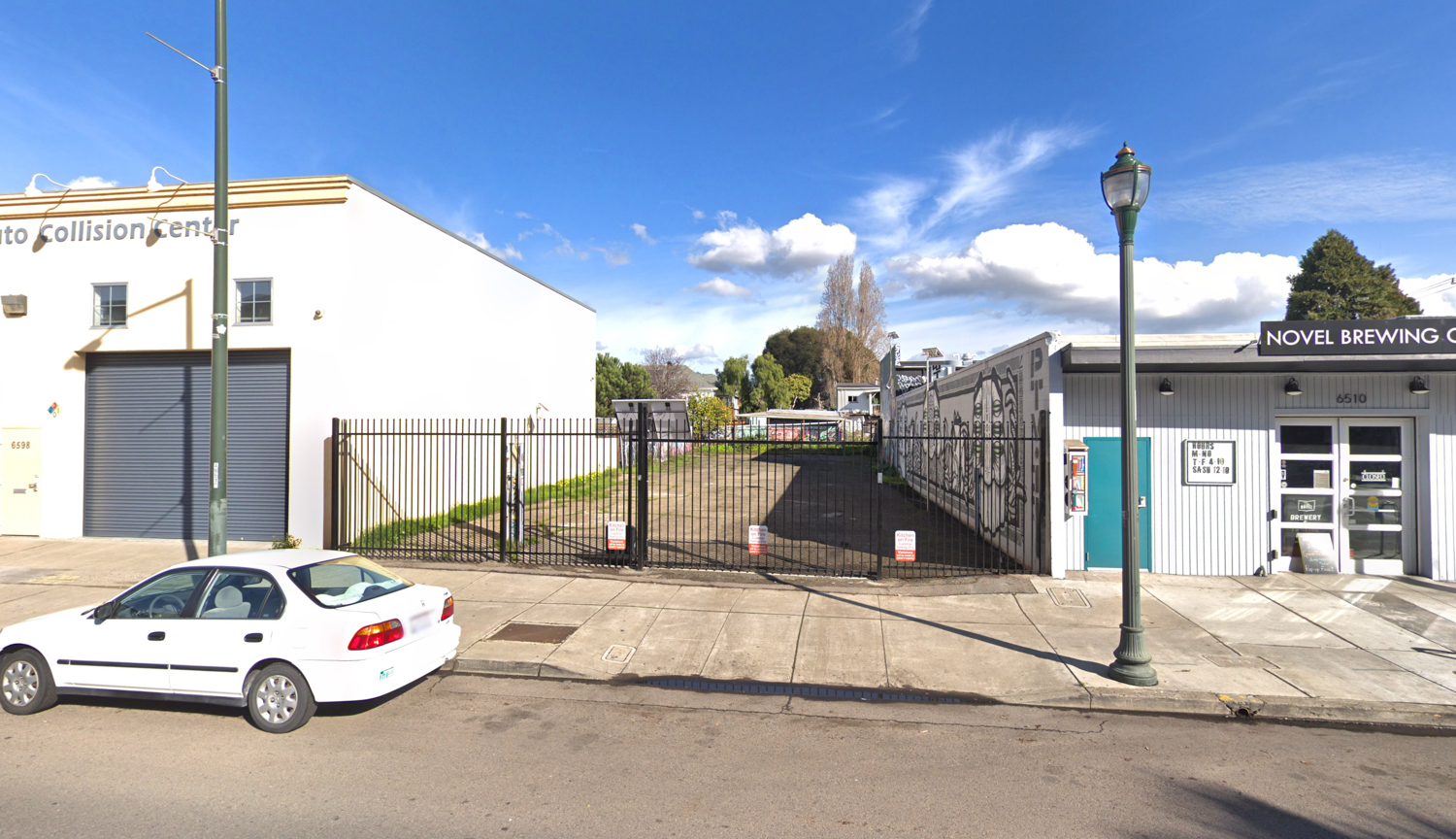 The address is located between 65th and 66th Street, in the Paradise Park neighborhood bordering Emeryville, a small and relatively dense commercial city. The Ashby BART Station is a mile walk away, with downtown Berkeley and Oakland a twenty minute commute by bus.