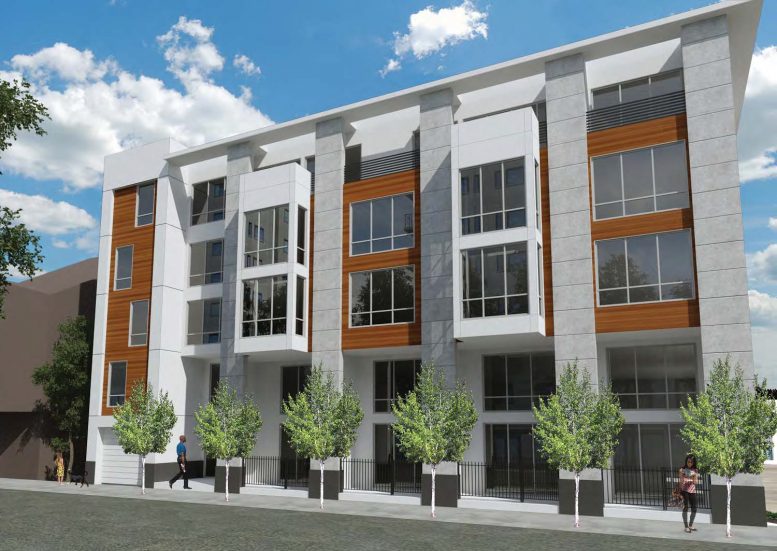 Permits have been filed to profile new construction at 98 Pennsylvania Avenue in San Francisco’s Potrero Hill neighborhood. The application requests approval to expand from 48 units to 79. The alteration will make use of recent amendments to the State Density Bonus Program. SIA Consulting is sponsoring the development.

The 68-foot building will gross 75,697 square feet, of which 67,235 square feet will be dedicated to residential use. The 79 apartments will average 851 square feet per unit. 12 units are to be sold as affordable. Seven will be studio-sized, 32 one-beds, 35 two-beds, and five three-beds. 18 parking spaces will be included, along with parking for 83 bicycles. 6,500 square feet of usable open space, including a rooftop terrace, will be made available for social use. 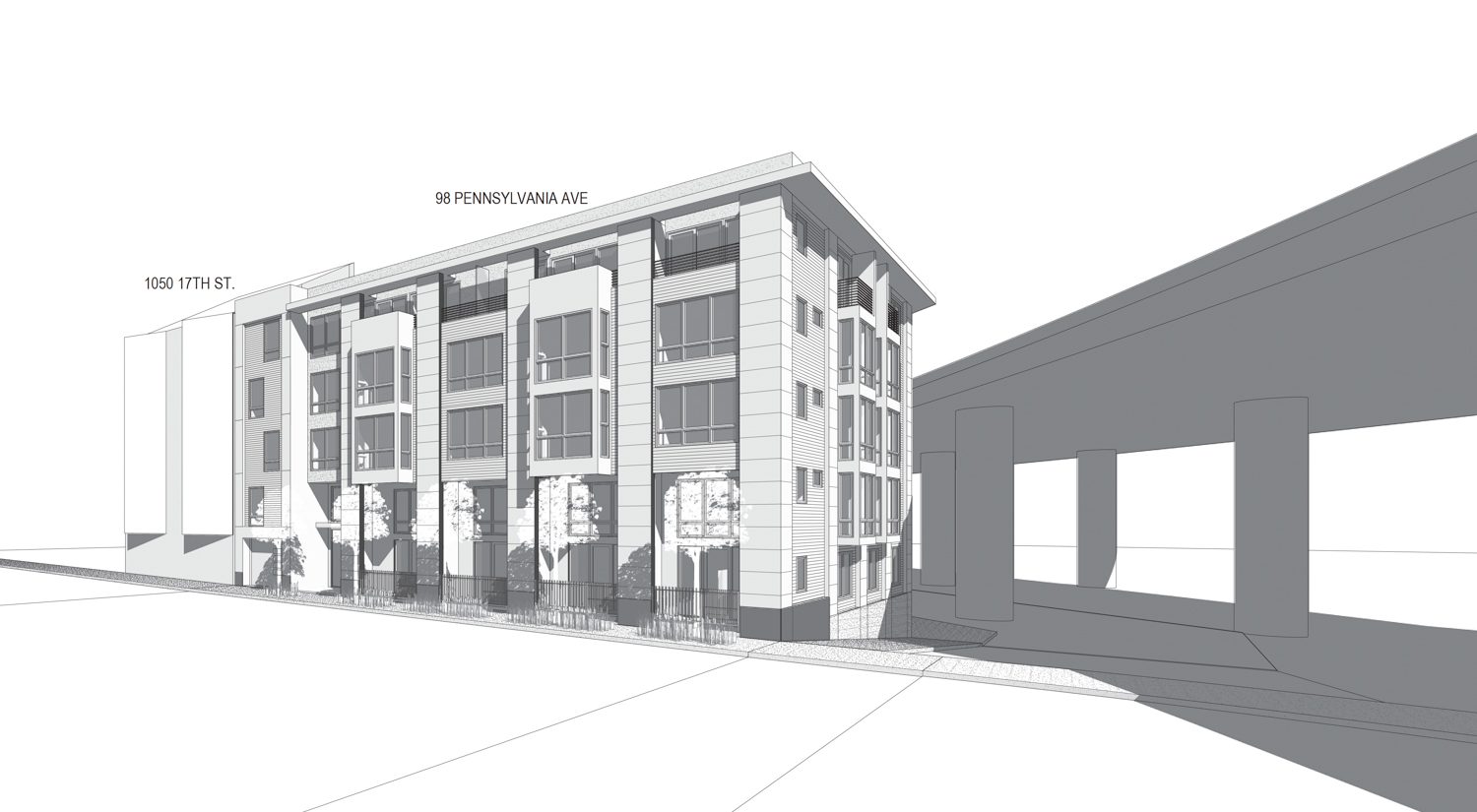 The preliminary planning application was received and accepted earlier this year. New building permits were issued in December 2016, soon after the original 48-unit proposal was approved. Construction is estimated to cost $12 million.

The building is right on the border with Mission Bay, with Mariposa Park two blocks away, and the Bay Front Park three blocks further. The light rail stations along the third street can bring the residents to and from the central business district. 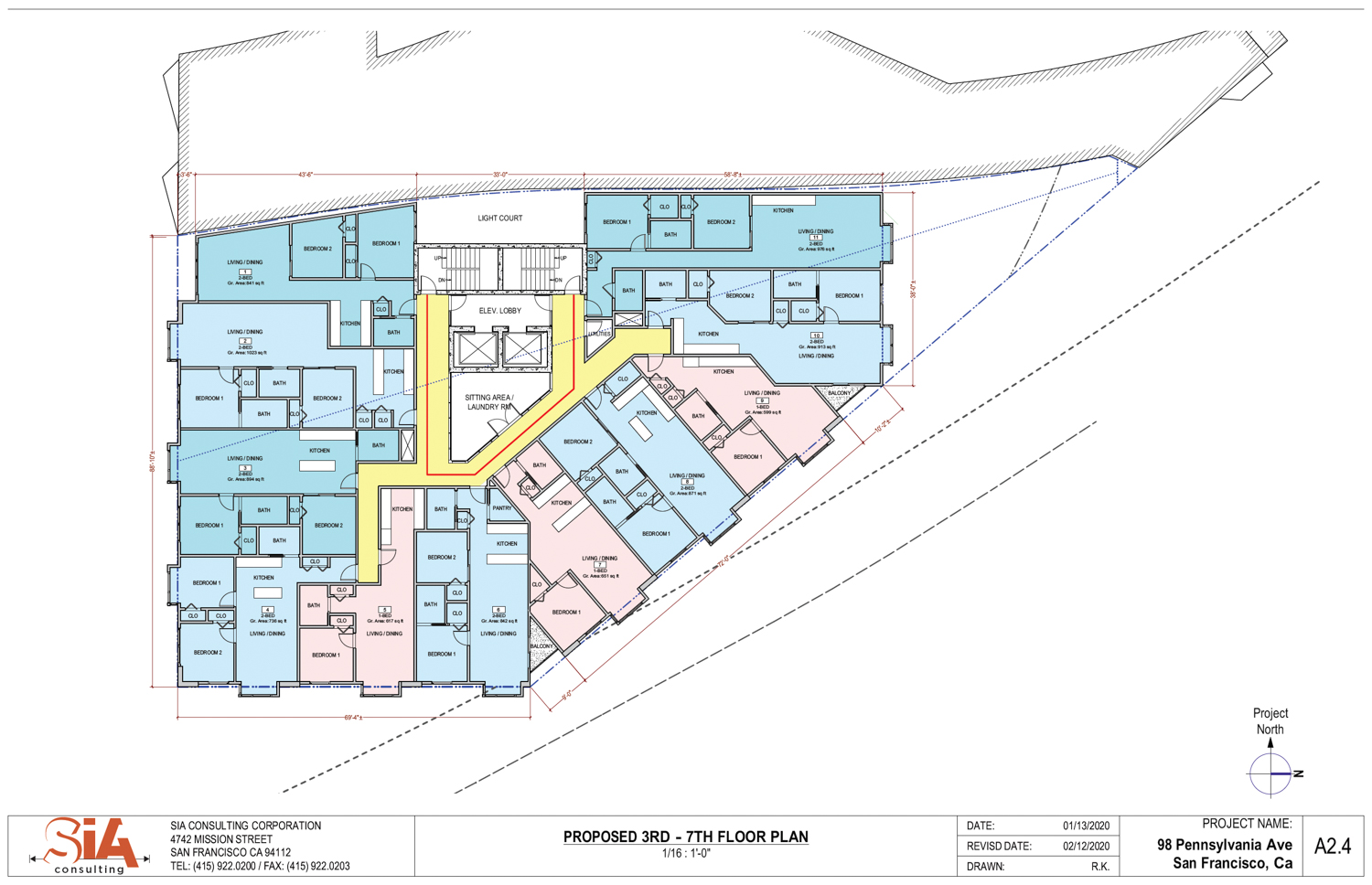 The lot sold last in 2012 for $1.4 million. An estimated completion date has not been announced, though a project of this scale typically takes under two years to construct.

Be the first to comment on "Permits Filed for 98 Pennsylvania Avenue, Potrero Hill, San Francisco"