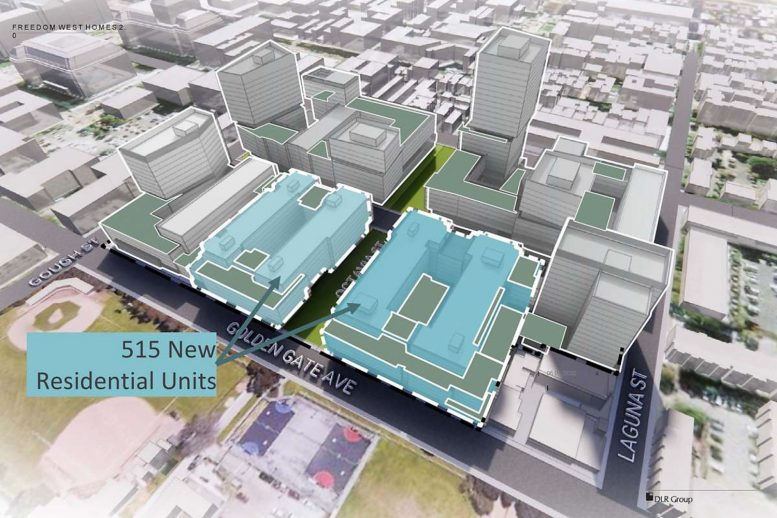 Freedom West, a proposed 2,515-unit project led by the existing lot’s co-op, plans to transform the city’s two blocks to make one of the most extensive residential additions to the city under a single development. The Freedom West co-op stands to reap 15% of the profits from the 2,000 new market-rate houses, the remaining 515 units to be sold as affordable housing. MacFarlane Partners and Avanath Capital Management are responsible for the development.

Three hundred eighty-two affordable houses currently occupy the site. All units are to be replaced by an eight-story modern building to offer continuity to the residents without additional costs. A further 20,000 square feet of retail and 6,000 square foot job training center will be included on-site. As the development is early in the approval, details remain unspecified. Buildings are expected to rise between twelve and eighteen floors across both blocks. 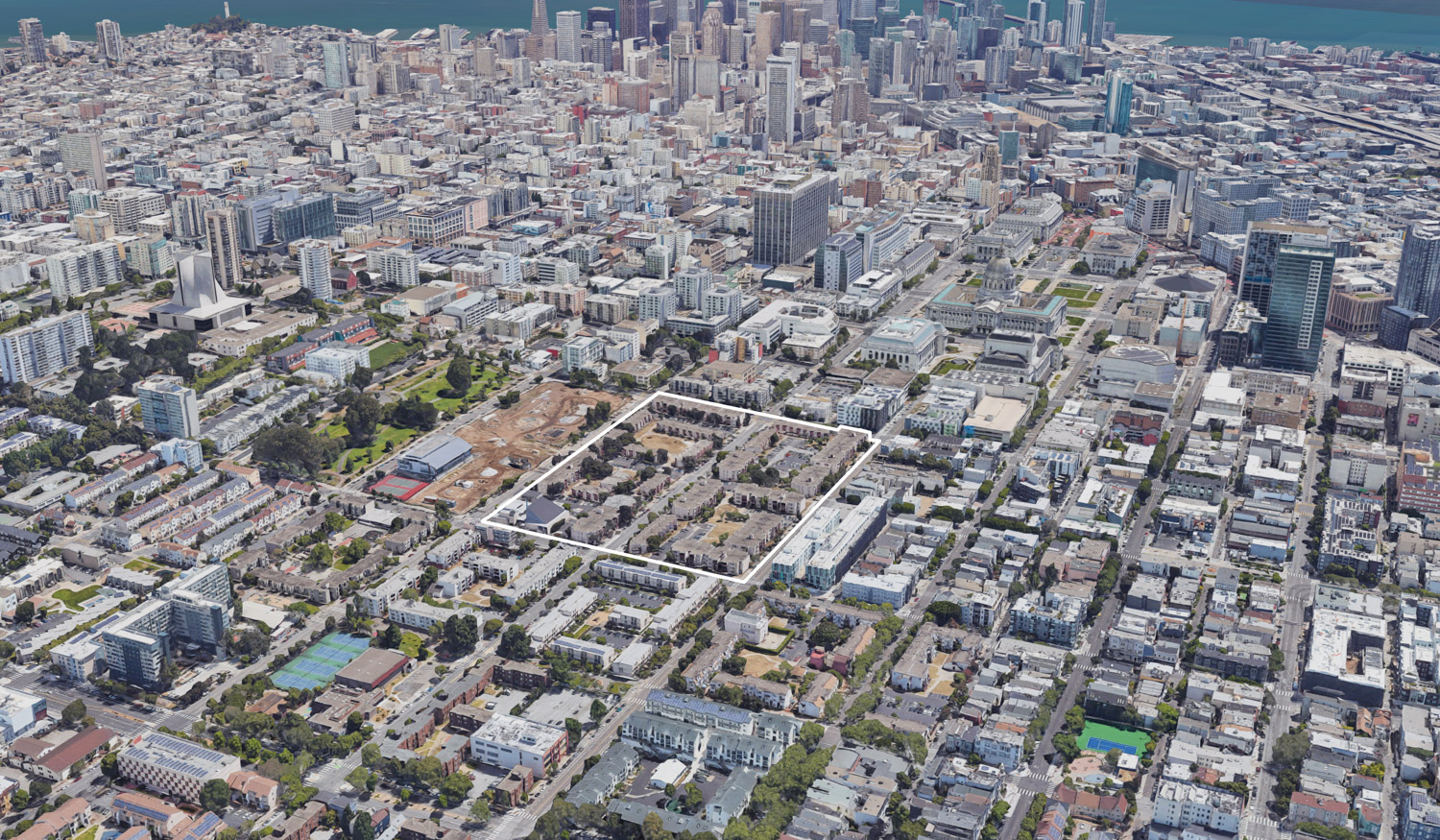 MacFarlane, who operates nationally, already has a significant stake in the Bay Area. They manage nearly a million square feet of office space across the region, 381,500 square feet of retail, and 2,172 residencies. Freedom West proposes more than double their residential dealings in the San Francisco metro-area.

Avanath is an investment firm focused on affordable and workforce housing. The company is focused on housing for families with incomes between $30,000 and $80,000.

Within the city, only two current developments are projected to produce more housing. Along the city’s eastern coast, the Potrero Power Plant is expected to yield 2,862 residential units. Exceeding the residential capacity of both developments combined by over three hundred units will be Parkmerced. Parkmerced will across an area half the size of the city’s Financial District, creating 5,679 new apartments between retail, new parks, though no office buildings. Maximus Real Estate Partners and 601West Cos will be collaborating on the development, with masterplan design by SOM.

The project sits across from the Jefferson Square Park, which is currently being redeveloped. City Hall along Van Ness Avenue is just three blocks east from the site, where a bus rapid transit line is expected to open in the coming years. The Civic Center BART station is seven blocks away.

An architect for Freedom West has not yet been announced.

Be the first to comment on "Proposed Mega-development for Freedom West, Fillmore District, San Francisco"