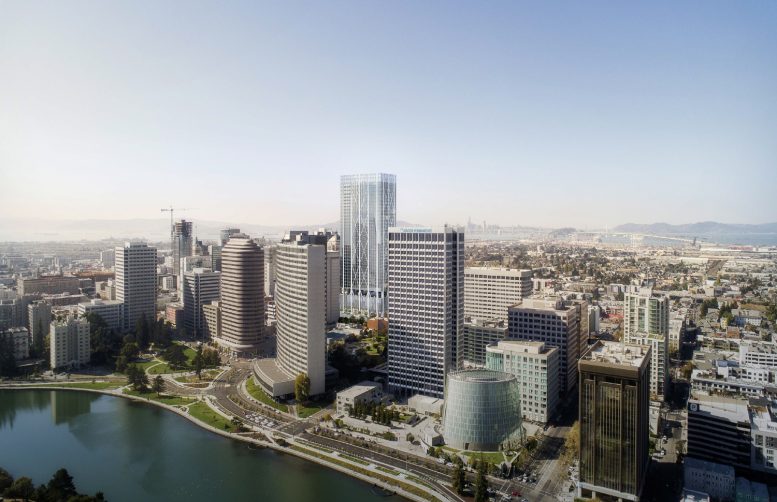 Oakland’s Design Review Committee is scheduled to review updated designs for what could become the tallest skyscraper in the Bay Area outside of San Francisco. The 623-foot office tower will rise at 415 20th Street, two hundred feet higher than the current tallest building in Downtown Oakland, the Ordway Building. Hines is the project developer.

415 20th Street GIF of the previous rendering compared with the updated design, image from Hines

The updated design comes after Hines received feedback from the Design Review Committee in January. Regarding the physical changes, the committee requested a more refined plan to activate the ground floor plaza and include an artistic element on the parking podium. 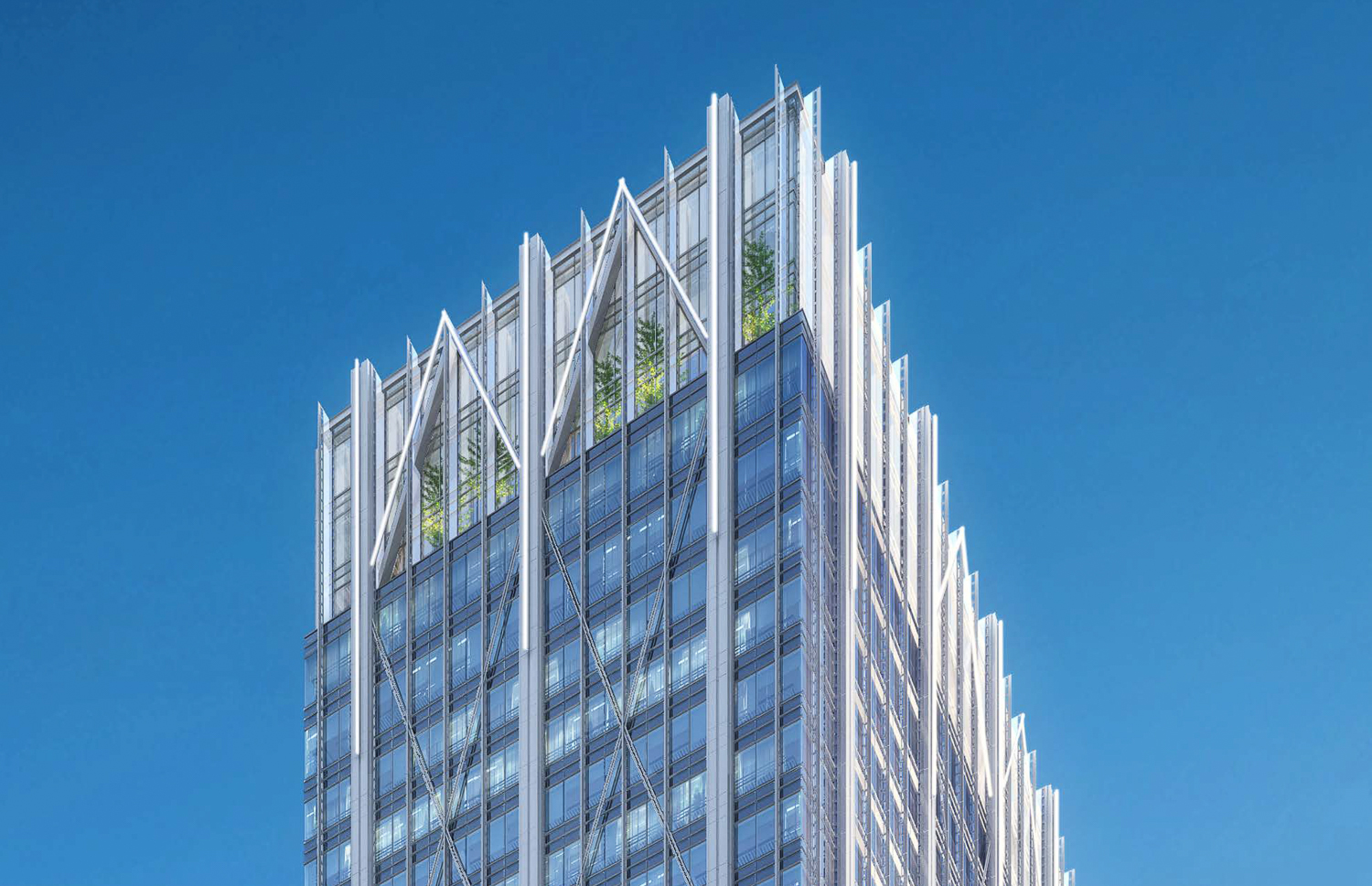 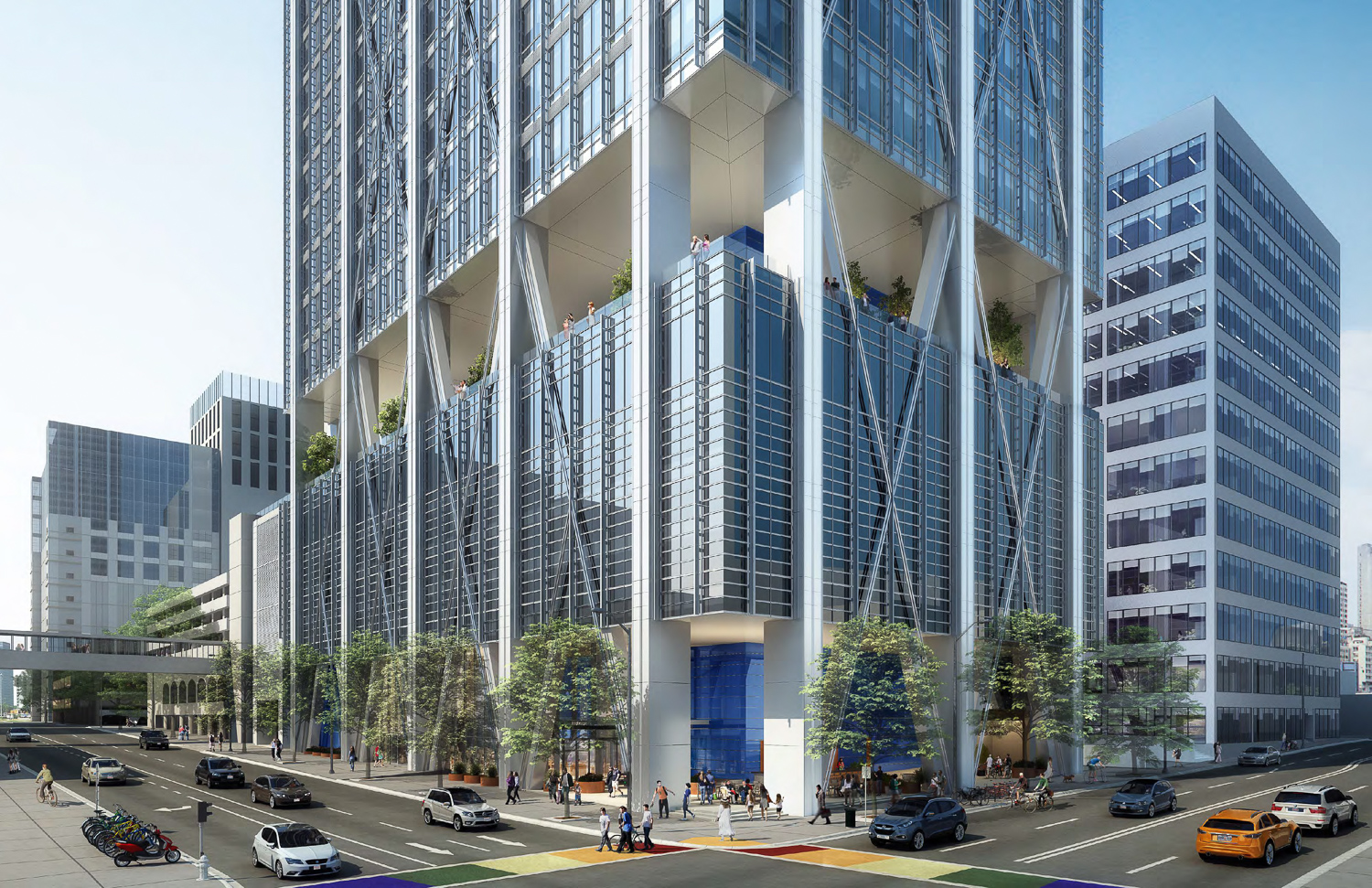 The 38-story tower will yield over a million square feet, currently estimated to be 1,074,000 square feet, with a footprint covering over 90% of the 41,000 square foot parcel. The development will add 862,050 square feet of office space, 2,280 square feet of retail plus a cafe, and 149,090 square feet for the 262-car parking garage. The building’s garage will take up four floors of the above-ground podium. 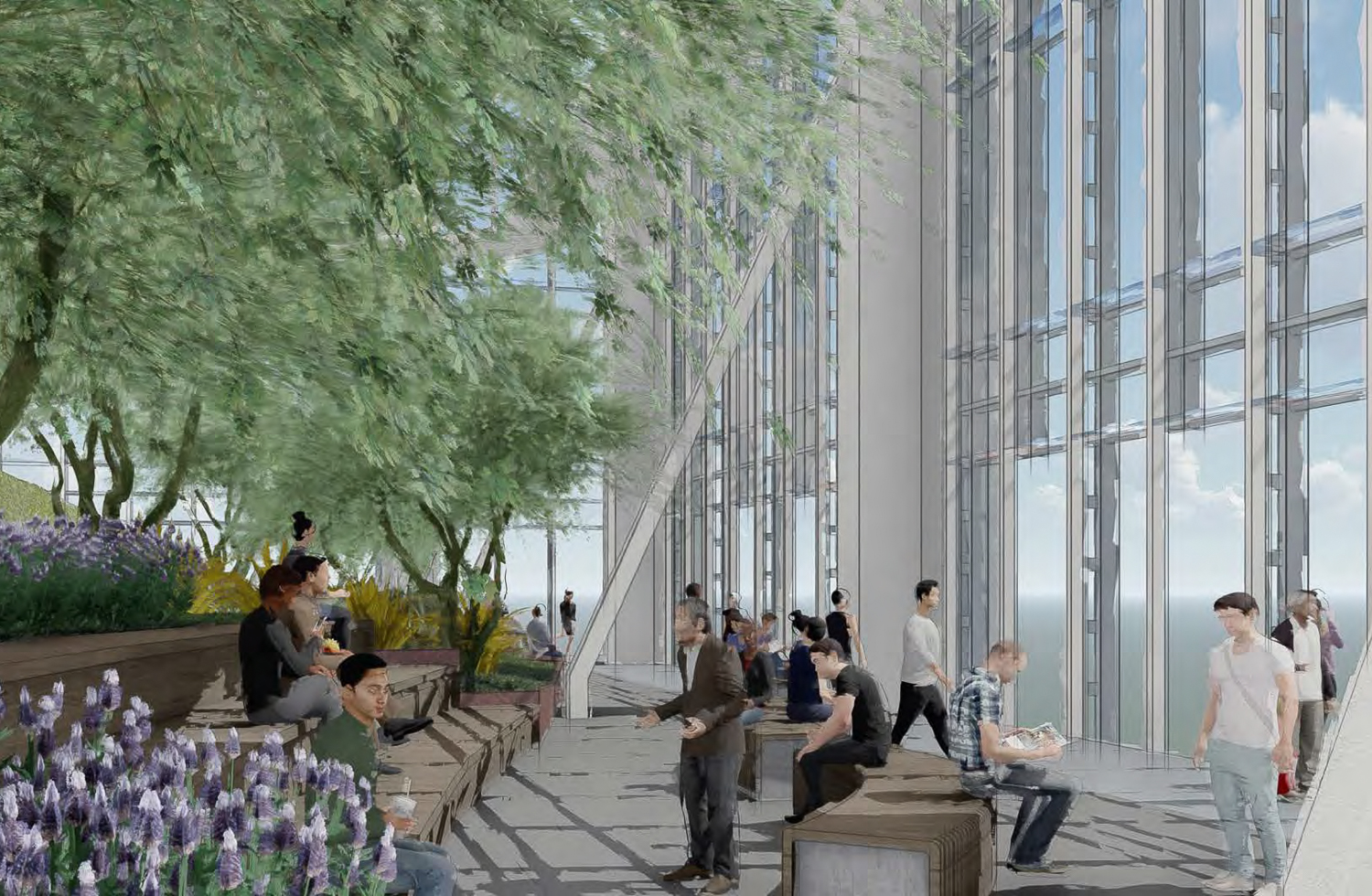 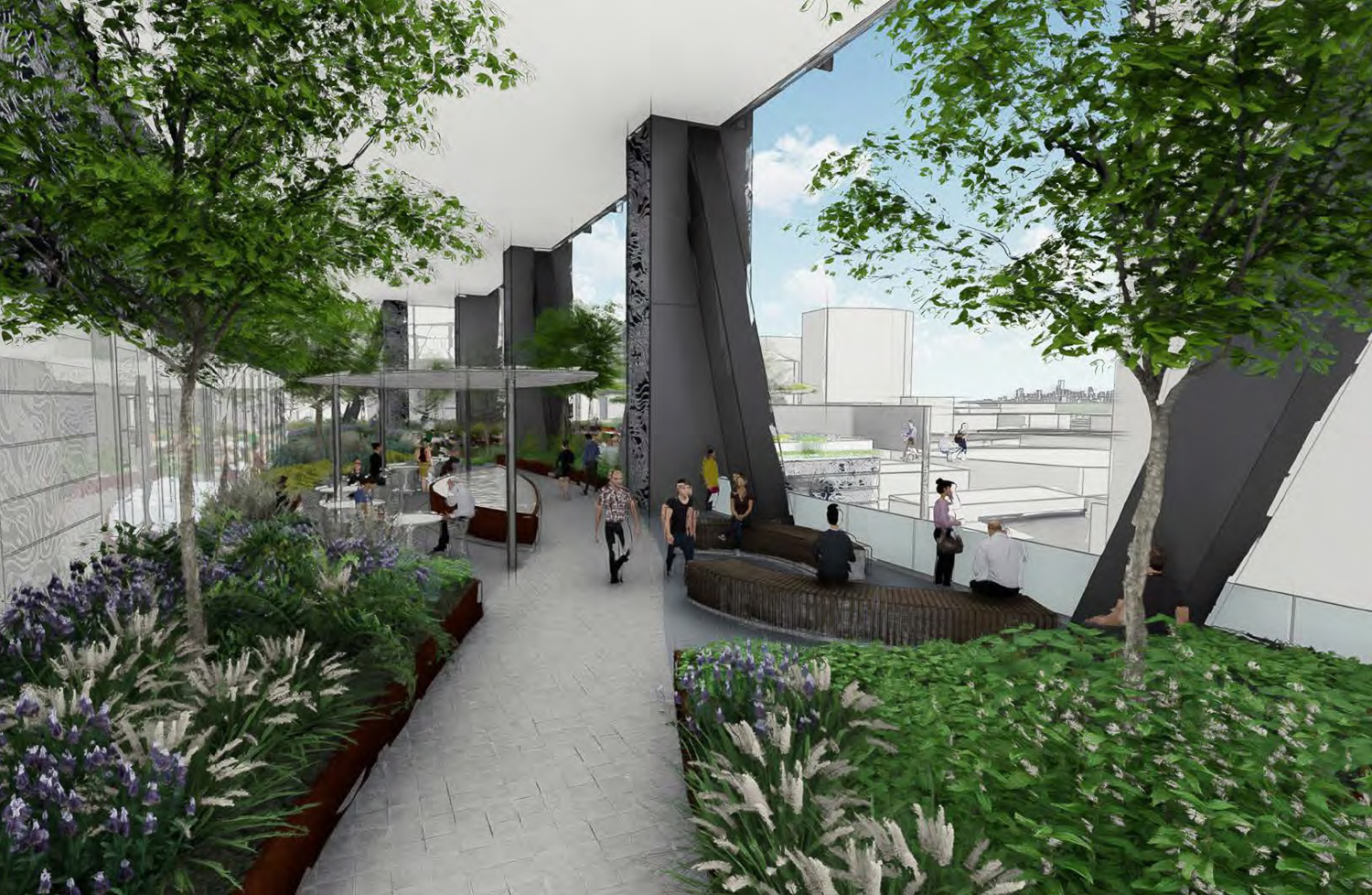 415 20th Street looking at the the park, illustration from Hines

Above the garage, a landscaped courtyard will establish half an acre of amenities. This park and a roof-top observation deck could be made available for the general public. Future tenants will have the right to make space private, though if done, this would take away from the public access to the tallest public observation deck in the Bay. 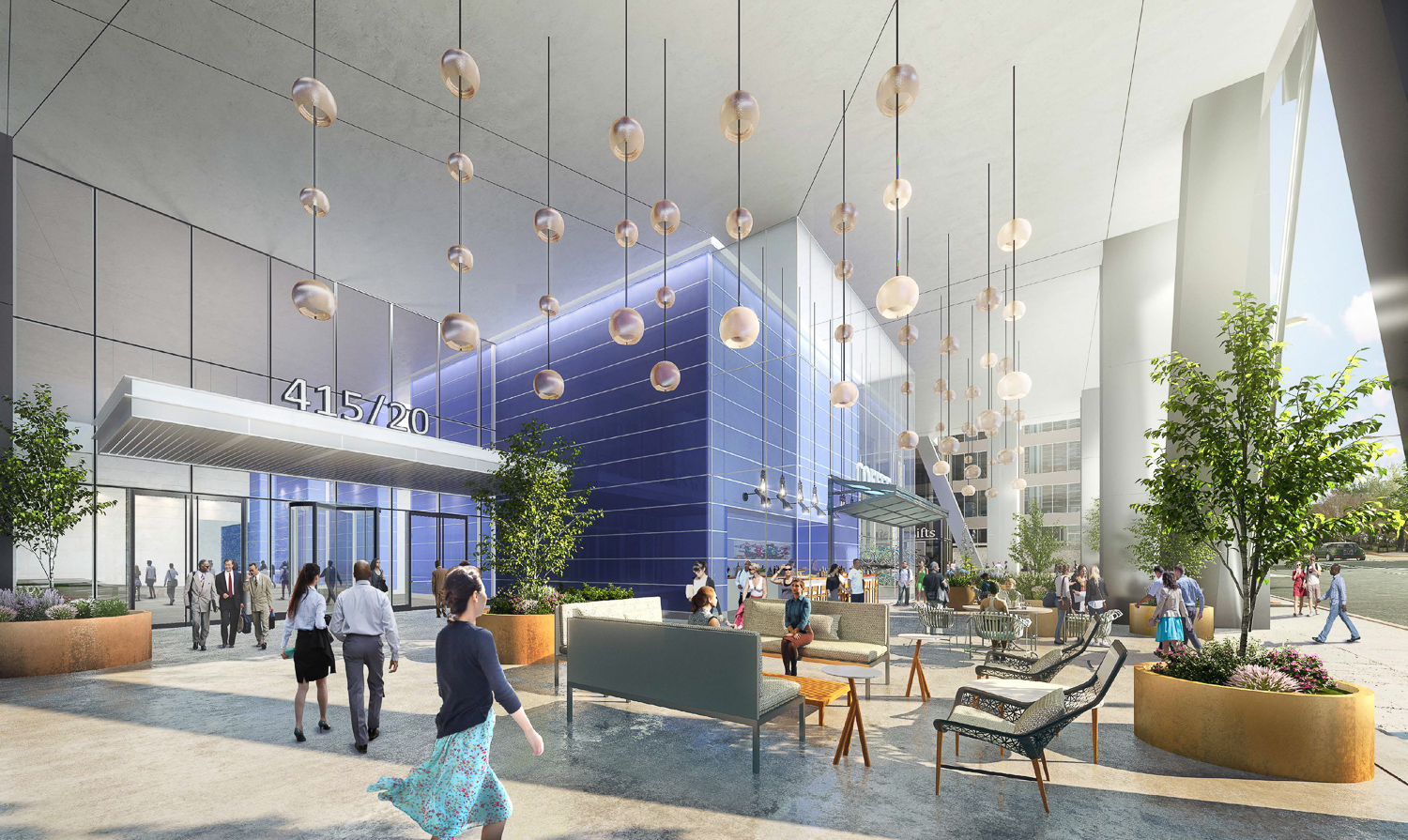 Kendall Heaton Associates is the architect of record, with Pickard Chilton listed as the design architect. The renderings show a design that is not radically changed. The most significant alteration will be along the top of the building, where a more transparent curtain wall shows off the open-air landscaping. Emphasis is also taken away from the vertical and X-shaped steel beams. Less contrast with the curtain-wall skin tampers the expression of verticality. 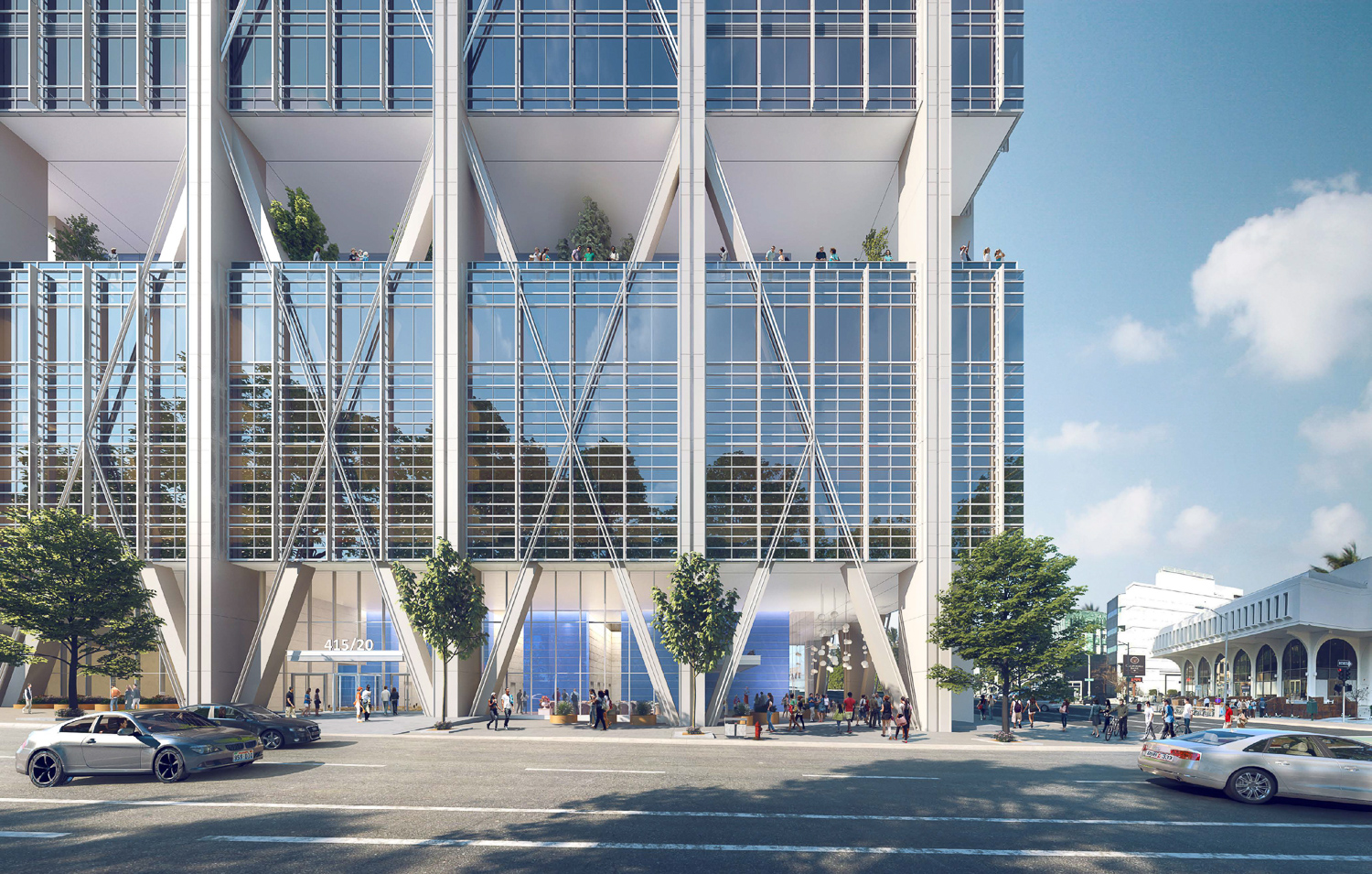 415 20th Street visual of the street life, rendering from Hines

The parcel is less than a block from the 19th Street Oakland BART station and three blocks from the CBD’s centerpiece park, Lake Merritt. An official construction timeline has not been shared, though a smooth process could see the building open four to five years after groundbreaking.