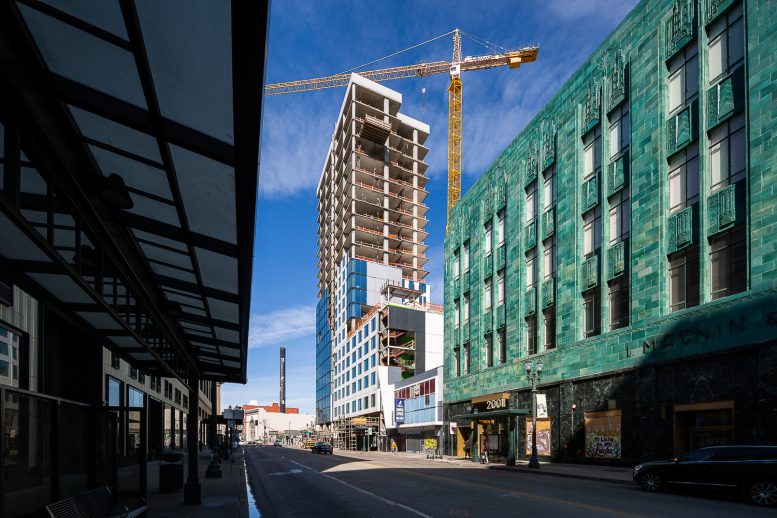 An 24-story mixed-use tower has topped out and is nearly halfway wrapped with its new facade at 2016 Telegraph Avenue in Uptown, Oakland. The building’s towering facade reaches over 180 feet above the ground, and adds 230 new apartments to the fast-changing neighborhood. The 200,000 square foot mixed-use building will include a ground floor residential lobby accompanied by retail space, and three levels of above grade parking. 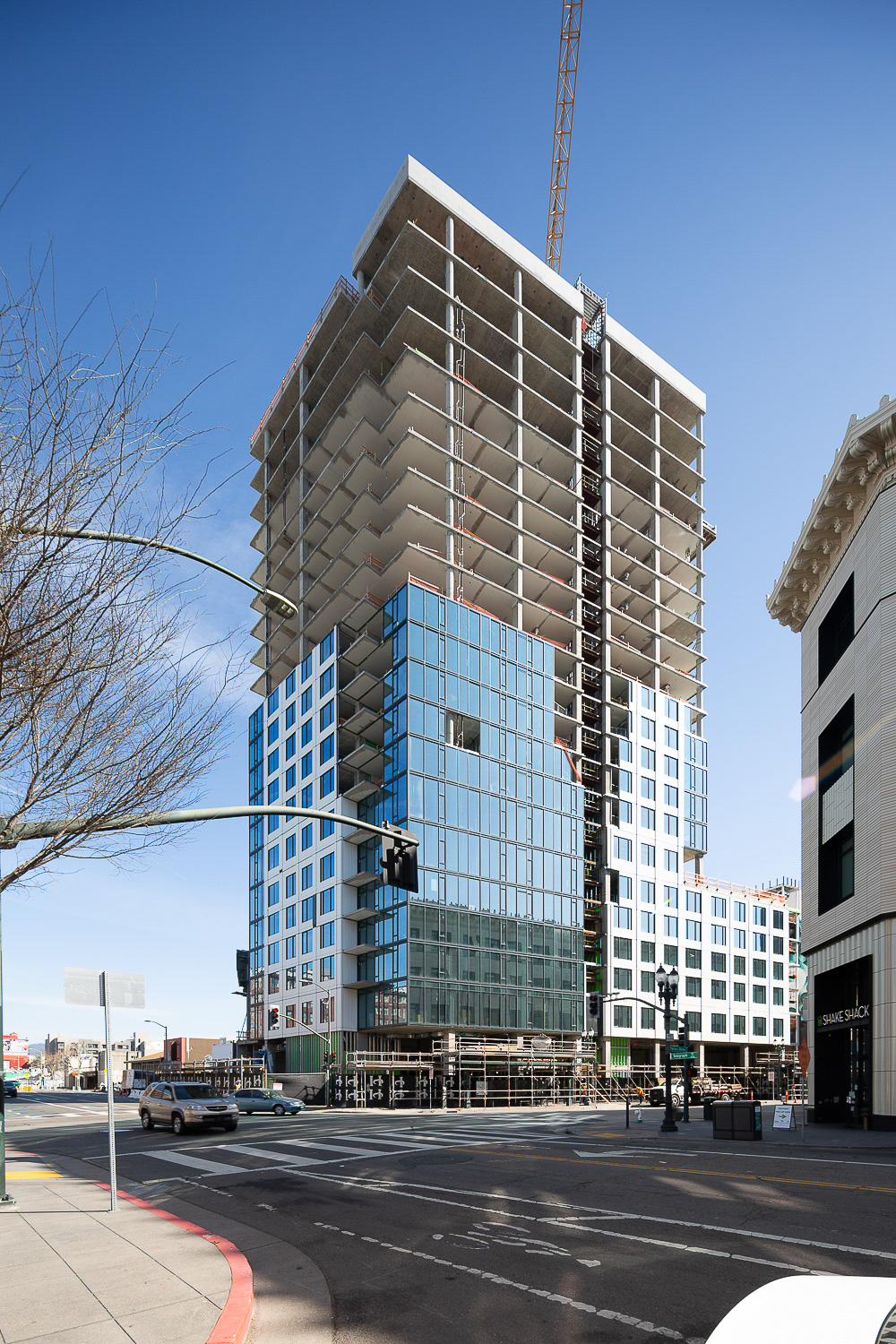 Lane Partners is responsible for the development. The real estate firm is also planning for a similarly designed 114-unit 14-story residential tower with ground-floor retail to fill up the address, which is currently occupied by a single-story commercial structure. Both developments will increase the density of the transit-rich East Bay city. Brick Inc is managing the design plans and construction.

Holland Construction and Solomon Cordwell Buenz are said to have taken over the project construction. 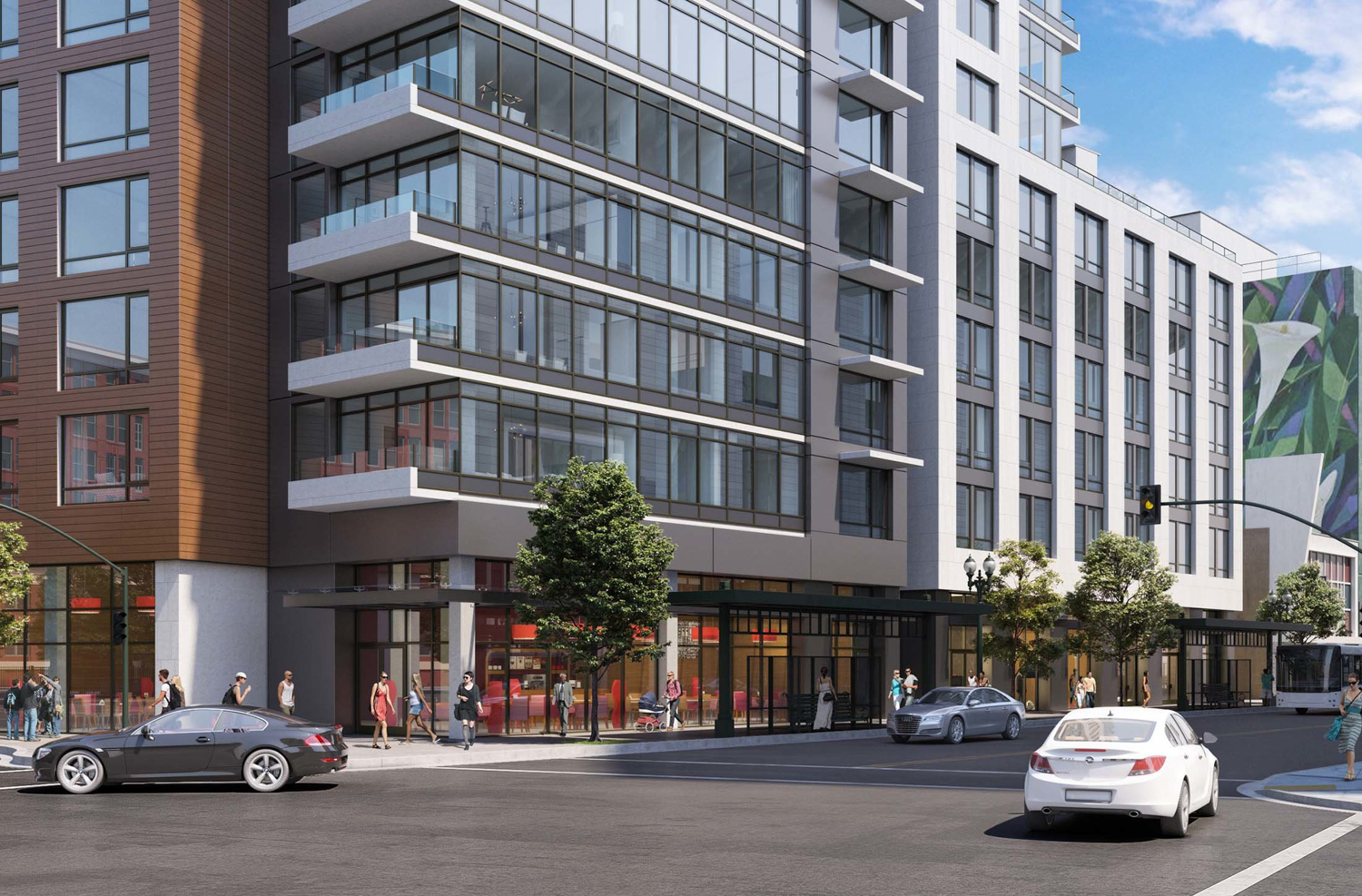 Apartments are offered as a mix of  studios and two-bedroom units. Both towers will add 344 new units across 292,000 square feet. Residents will have access to a fitness center, theater, open rooftop deck, and community garden. Shared kitchen space for group dining or events is included on the roof of the six-story podium overlooking Thomas L. Berkley Way. The project features high ceilings and light walls. Those entering will be greeted with a marble concierge desk and lounge space. Renderings reveal units featuring dark grey tiled floors and exposed concrete ceilings illuminated by floor-to-ceiling windows. 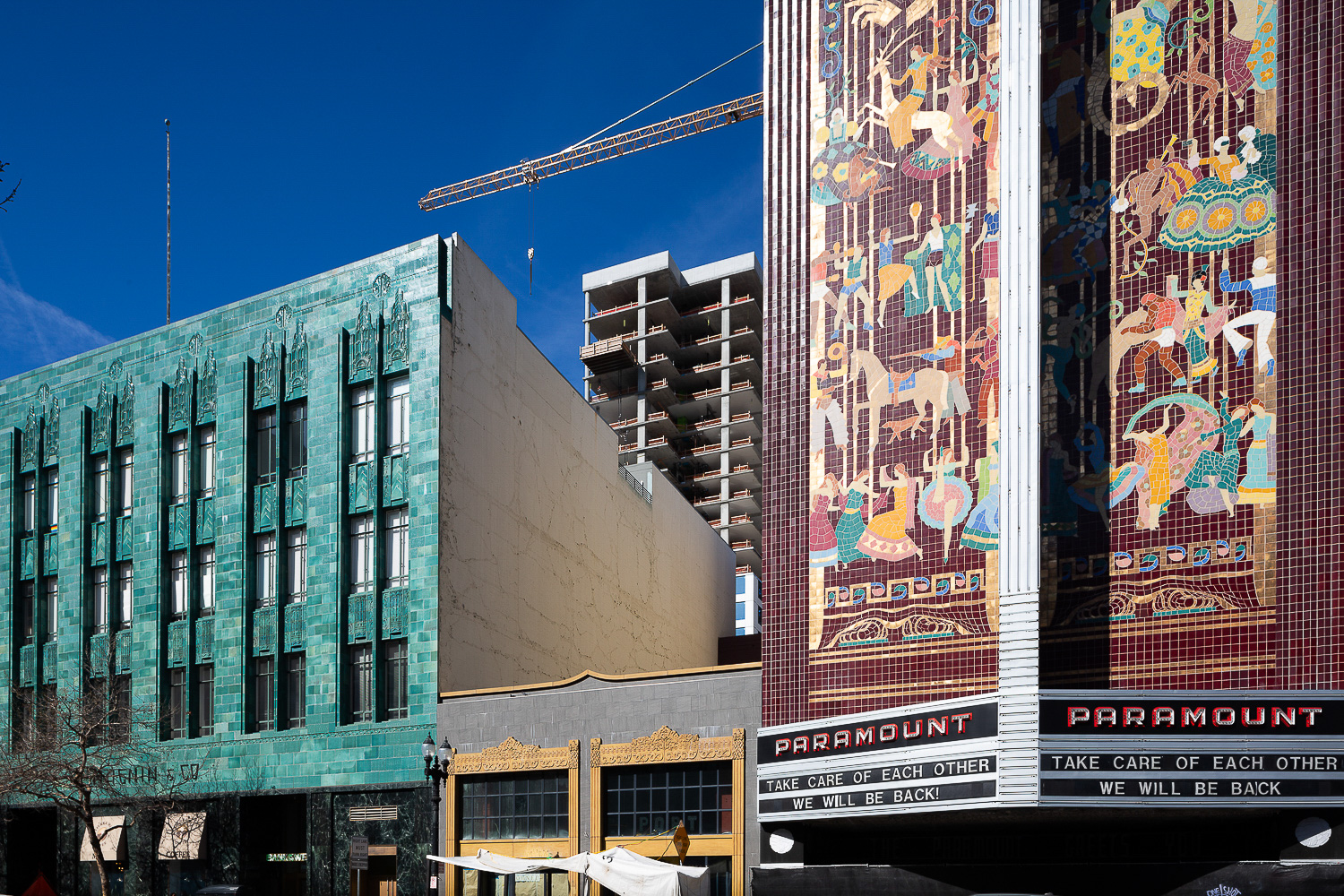 The property is located next to an office leased by Square and now has been sold to a Singaporean venture at $420 million. 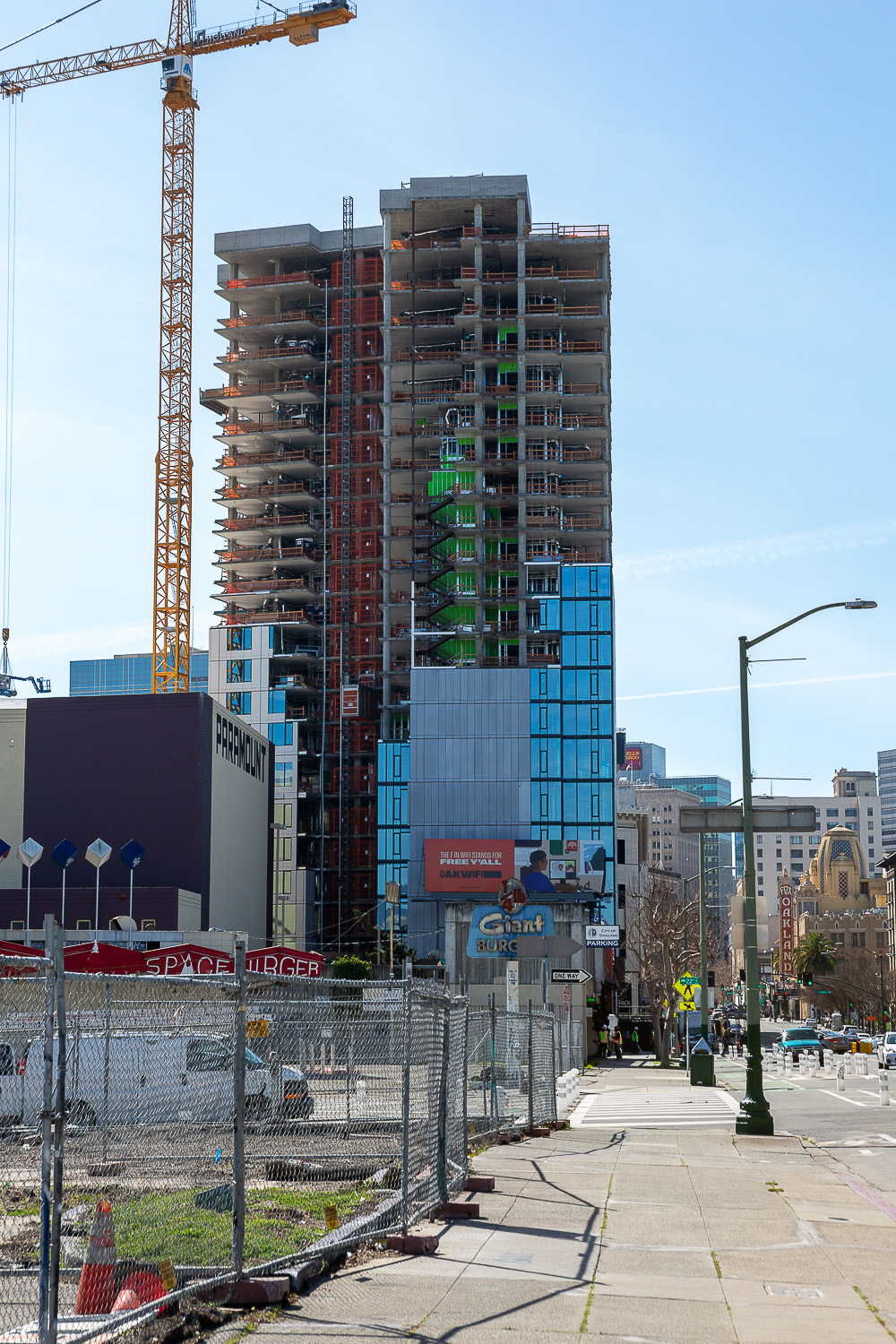 The Uptown district is part of the Oakland Redevelopment Agency’s plan to create a new destination for entertainment and retail by the 19th Street BART station. Built on a former parking lot half a block from the transit stop, 2016 Telegraph Avenue will provide more space for new car-free residents. Demolition has not started yet for the projects second shorter tower at 2015 Telegraph Avenue. Once complete, both towers will add 344 new units across 292,000 square feet.