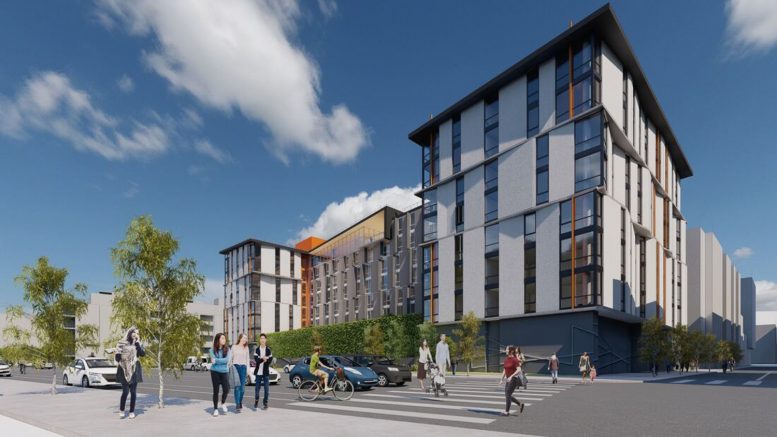 New building permits have been filed for an eight-story 100% affordable housing development with priority from the Mayor’s office at 400 China Basin Street in Mission Bay, San Francisco. The project will take up Block 9A of the neighborhood-wide master plan for the waterfront area. The developer team is being co-managed by Curtis Development, Michael Simmons Property Development, and YCD, i.e., Young Community Developers. 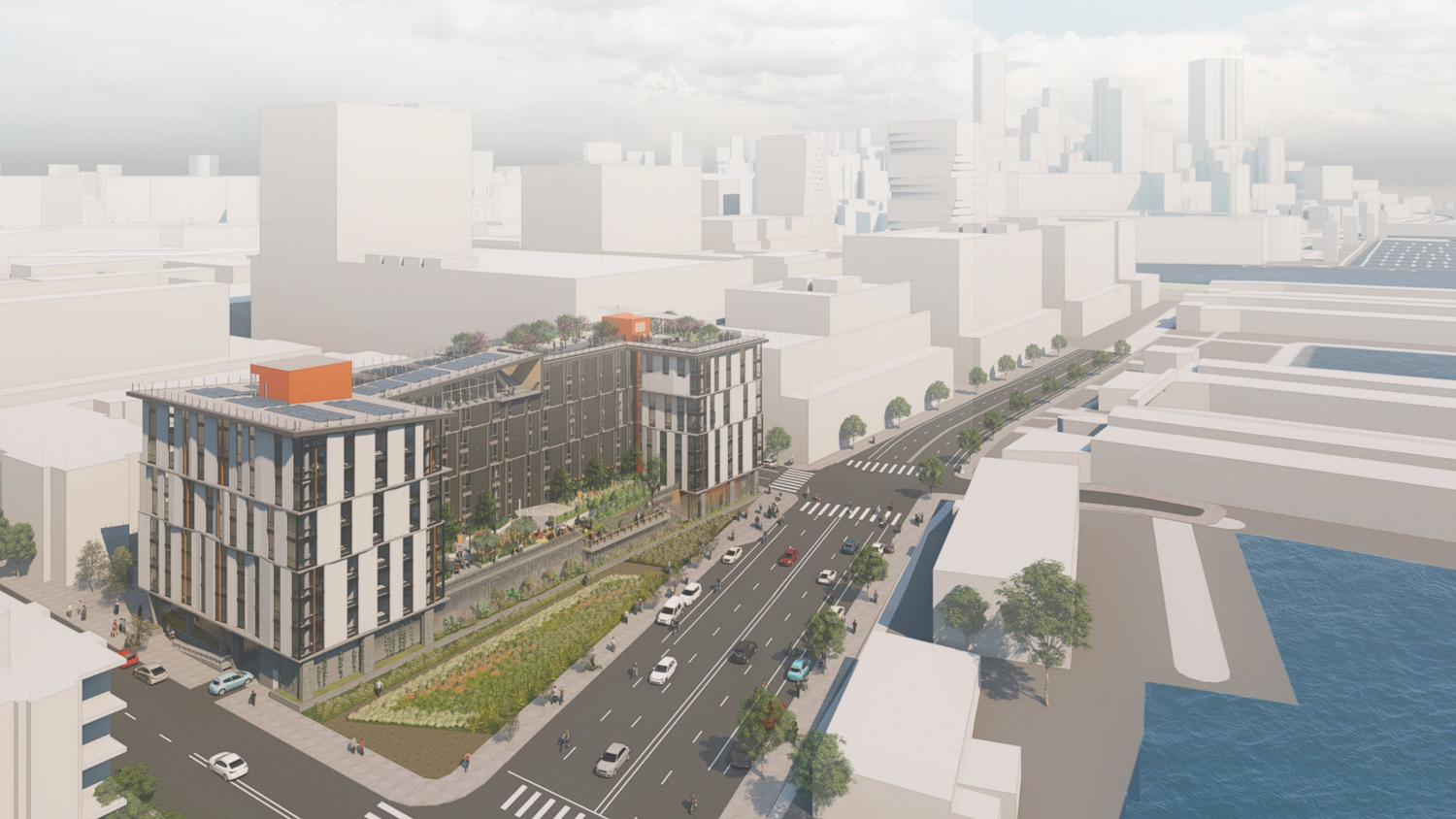 The eight-story building will yield 180,640 square feet to offer 148 affordable condominium units. There will be 50 one-bedroom units, 63 two-bedroom units, and 35 three-bedroom units for residents earning between 75% and 105% of the Area Median Income. 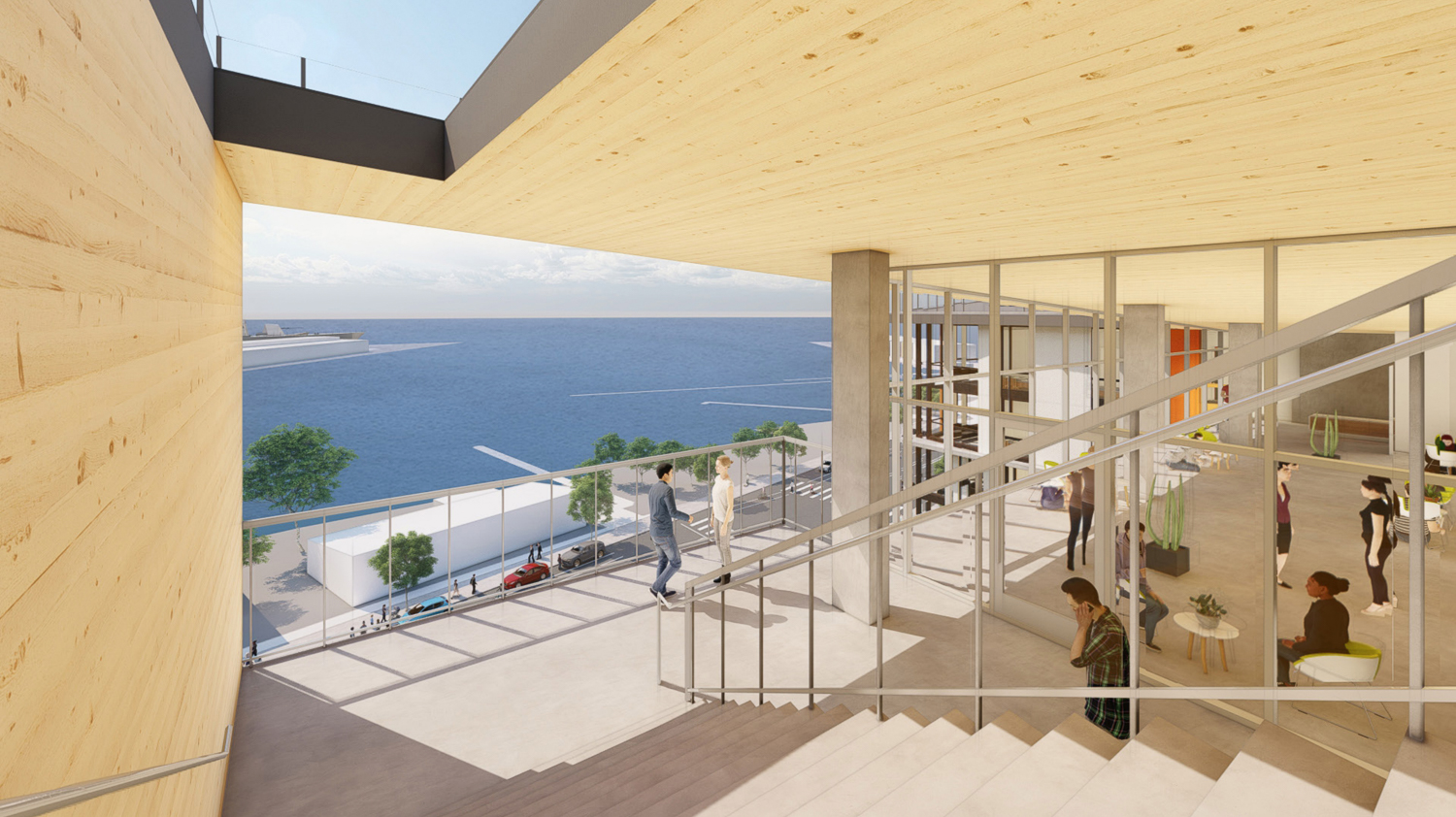 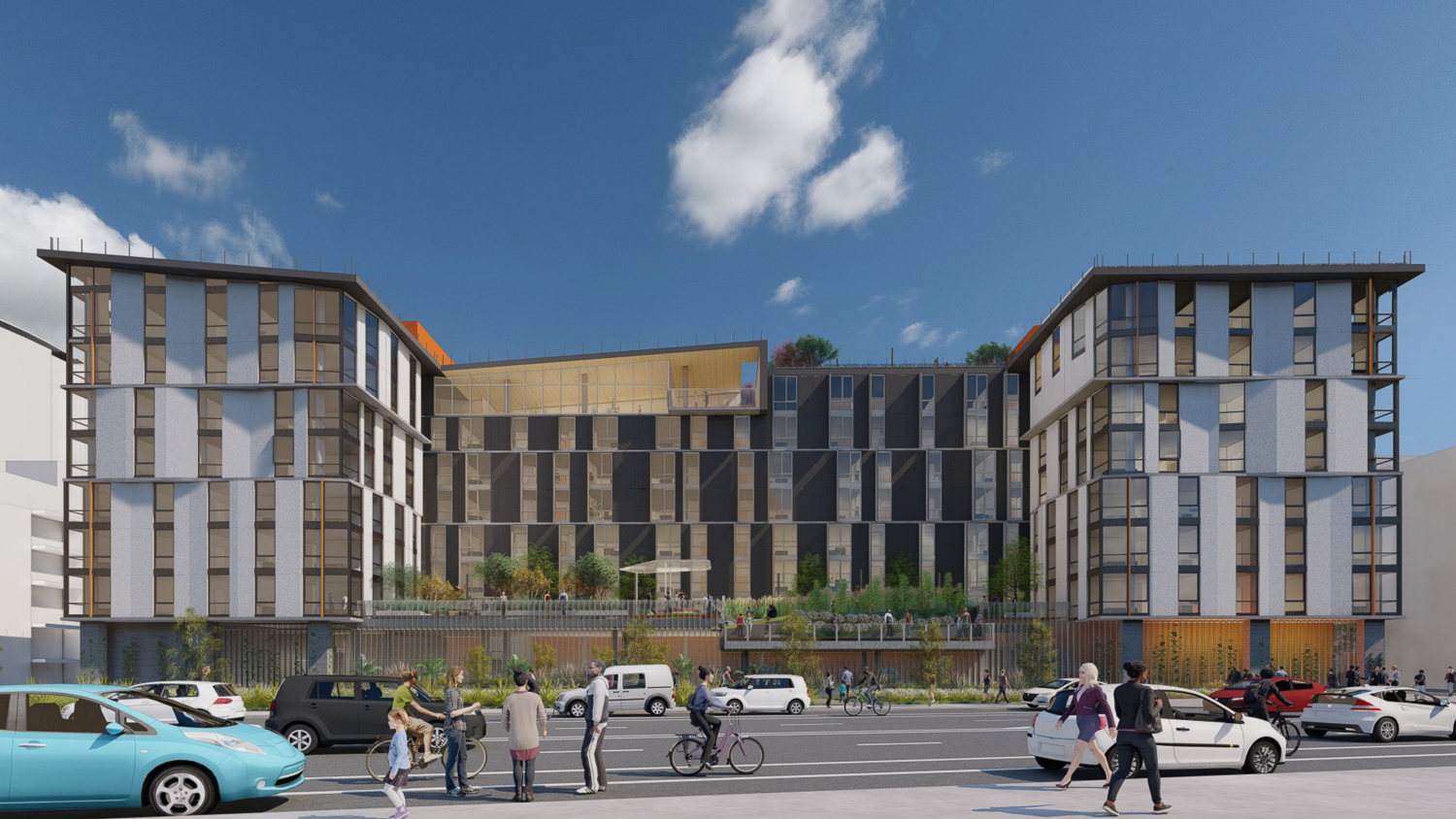 Residents will have landscaped terraces on the second floor and rooftop. The areas will yield a combined 13,840 square feet of open-air amenities overlooking the Bay. GLS Landscape | Architecture will be responsible for designing these spaces, with proposals to add Japanese Maples, Water Gum trees, and fruitless Olive trees. 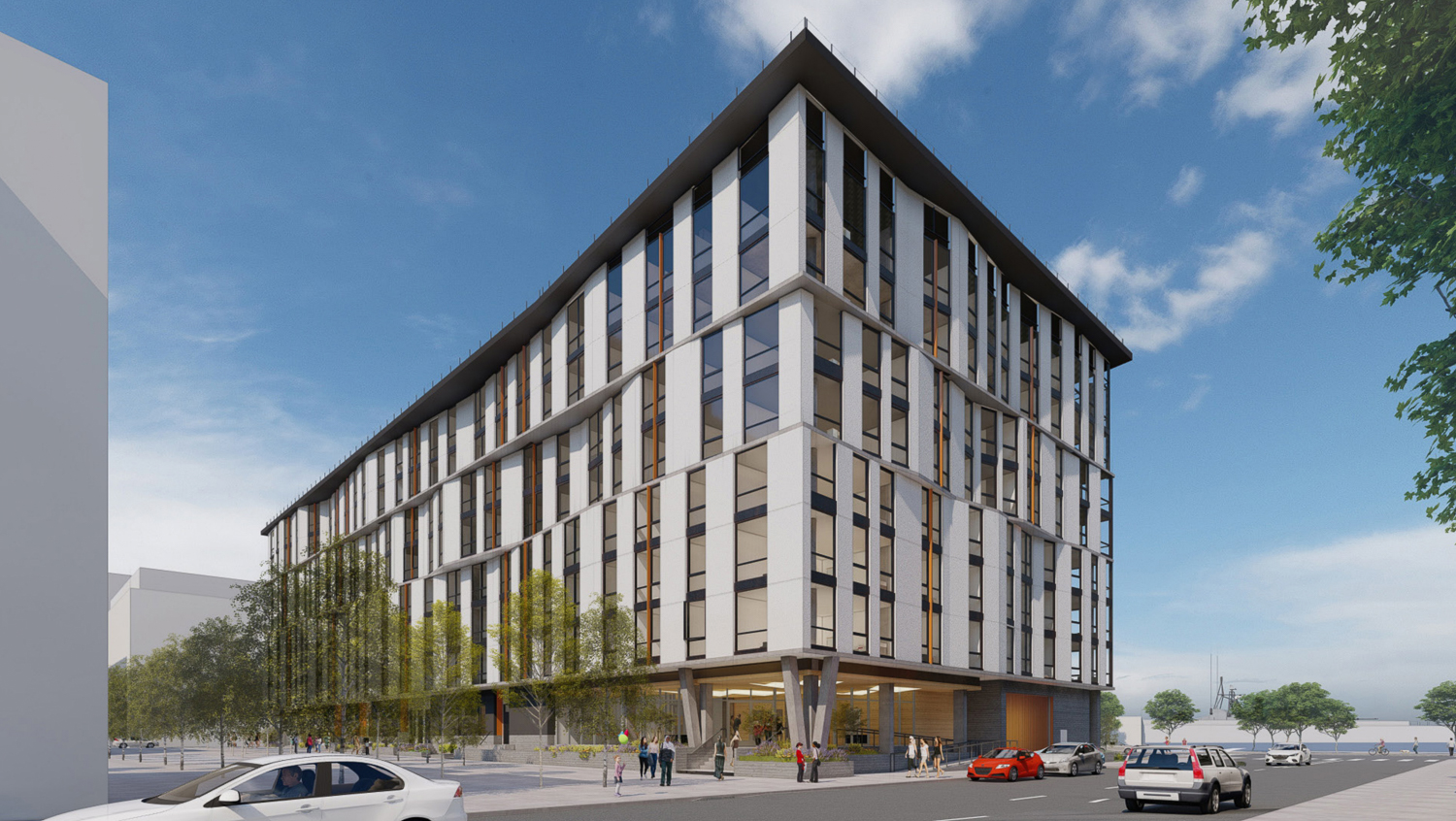 Once complete, the building will have certain resource-efficient elements such as all-electric powering, solar panels, a facade that helps reduce energy needs, and low-vehicle capacity to promote pedestrian use. Parking on-site will hold 34 vehicles and 76 bicycles.

Construction is expected to begin in May of 2022, with completion by April of 2024. The building permits alone have an estimated cost of $80 million. The project is immediately beside Block 9, where crews broke ground in November last year. 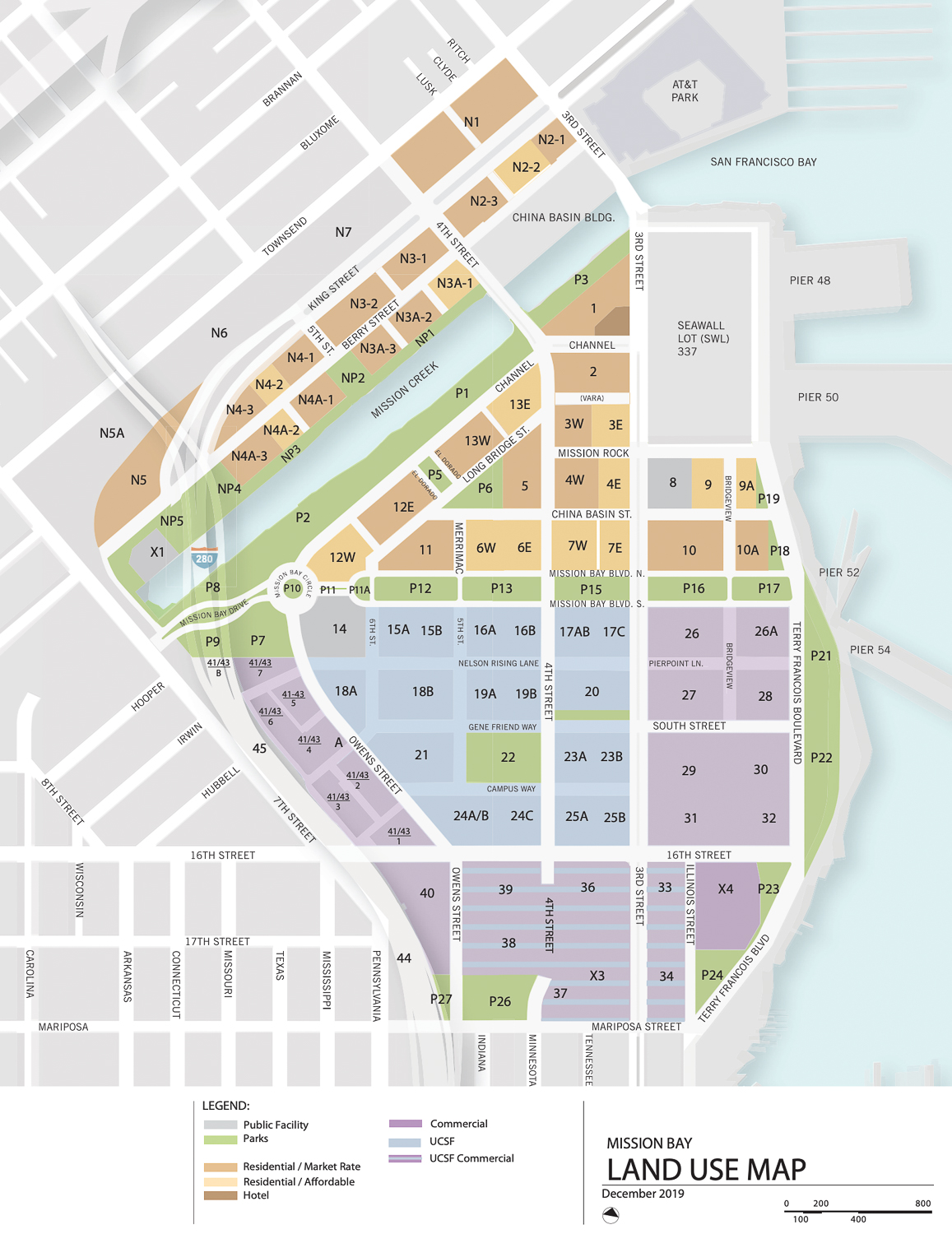 Mission Bay land use map, image from the City and County of San Francisco

The full Mission Bay development plan aims to create 6,404 apartments, 4.4 million square feet of new office space, the UCSF research campus, hotel rooms, retail, and social infrastructure across 303 acres. As of 2017, over five thousand apartments were complete, sixty percent of the UCSF campus, and over 19 acres of publicly accessible parks.

Be the first to comment on "Permits Filed for Mission Bay Block 9A at 400 China Basin Street, San Francisco"