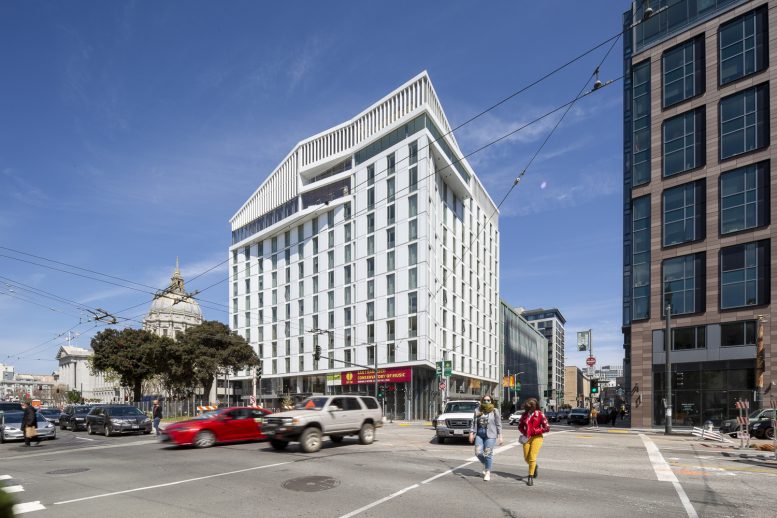 Construction is nearly complete for the twelve-story mixed-use Bowes Center at 200 Van Ness Avenue in the Civic Center, San Francisco. The project has already opened its doors to students from the San Francisco Ballet and will eventually offer free student performances to the general public. Mark Cavagnero Associates is responsible for the design. 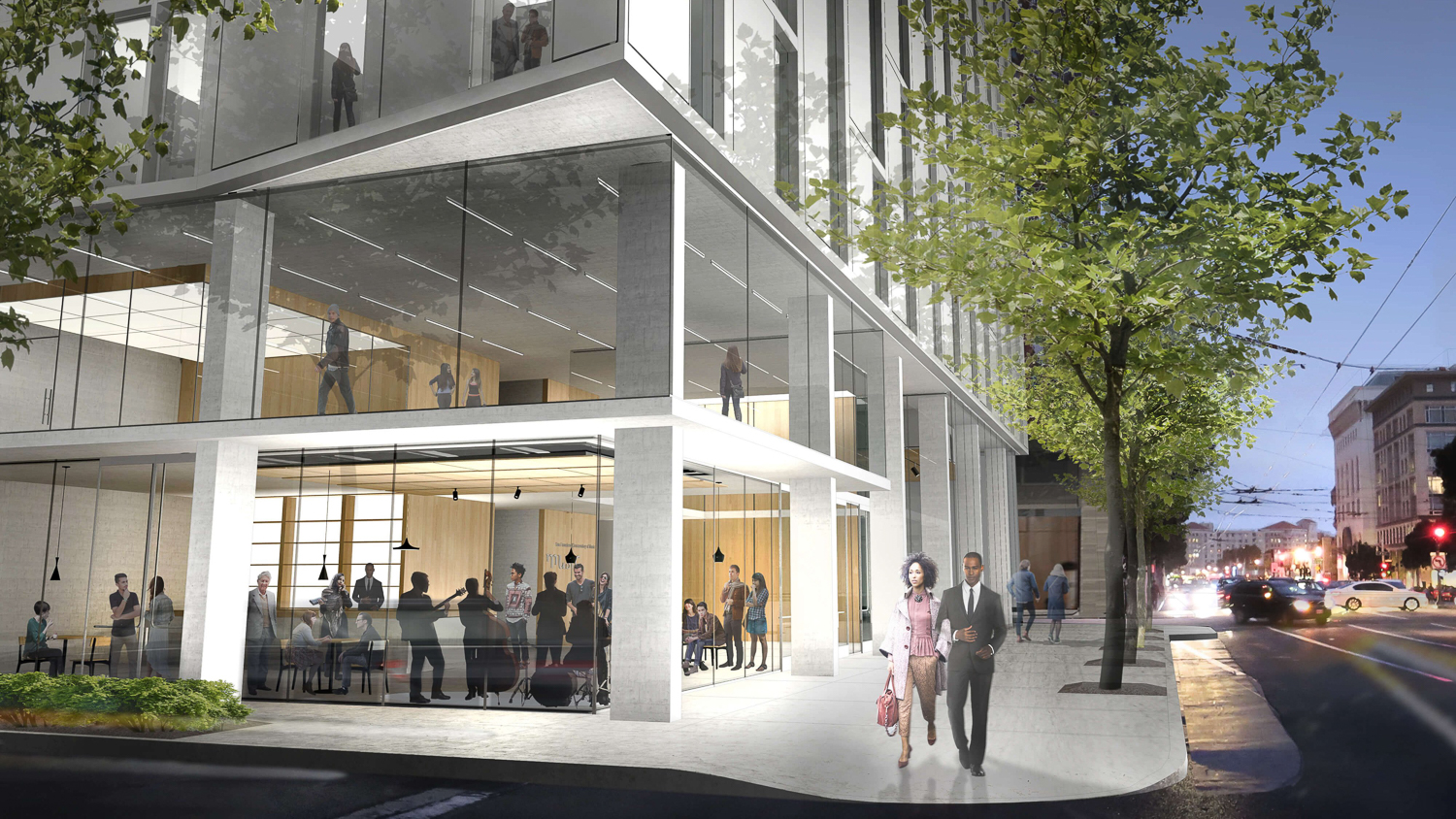 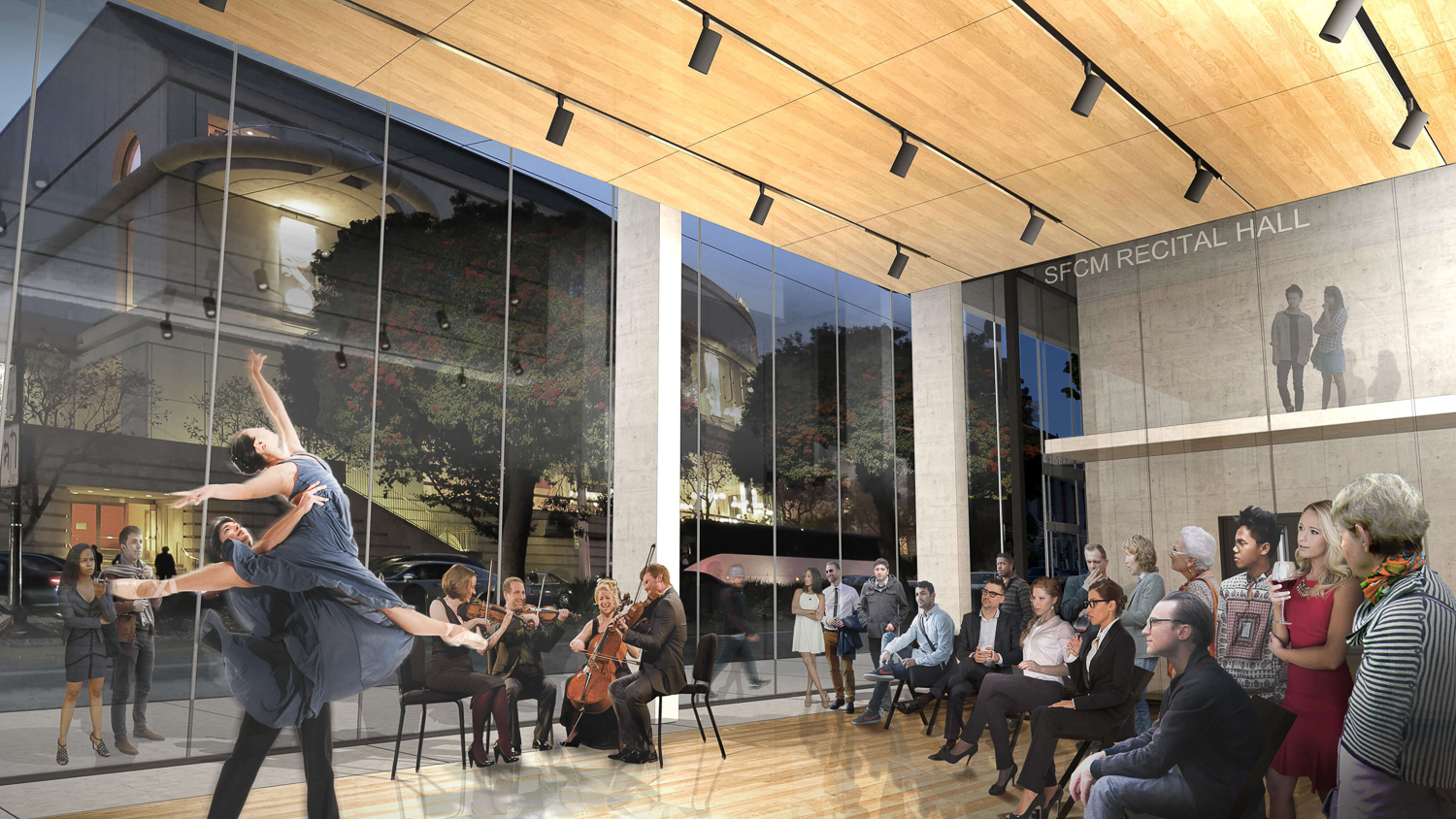 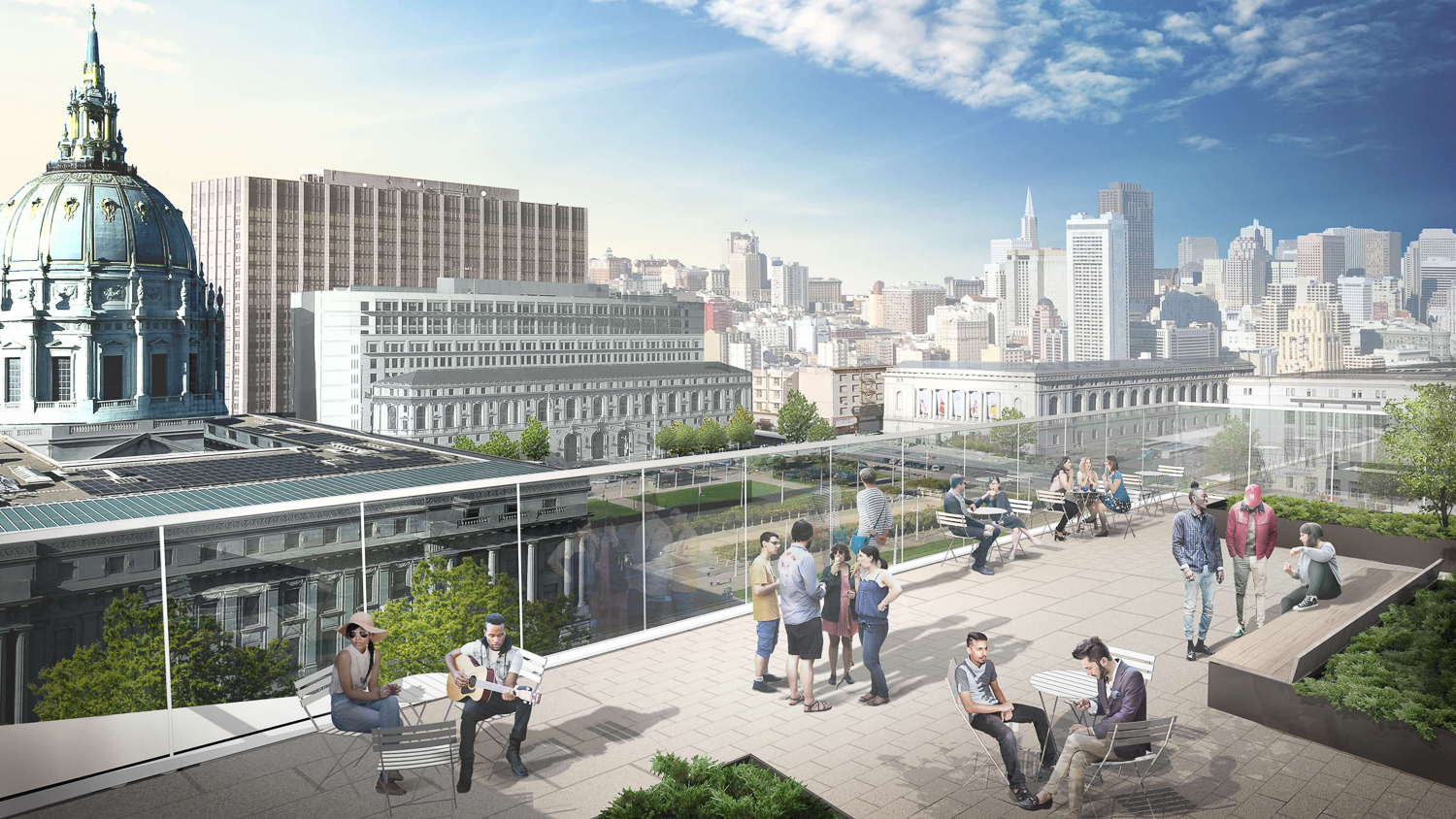 The top floor has a thirty-two-foot-tall performance hall with views of the San Francisco skyline. Above this, the structure will be capped with a green roof. The rest of the building includes classrooms, rehearsal rooms, practice rooms, a recording studio, and an observation deck. 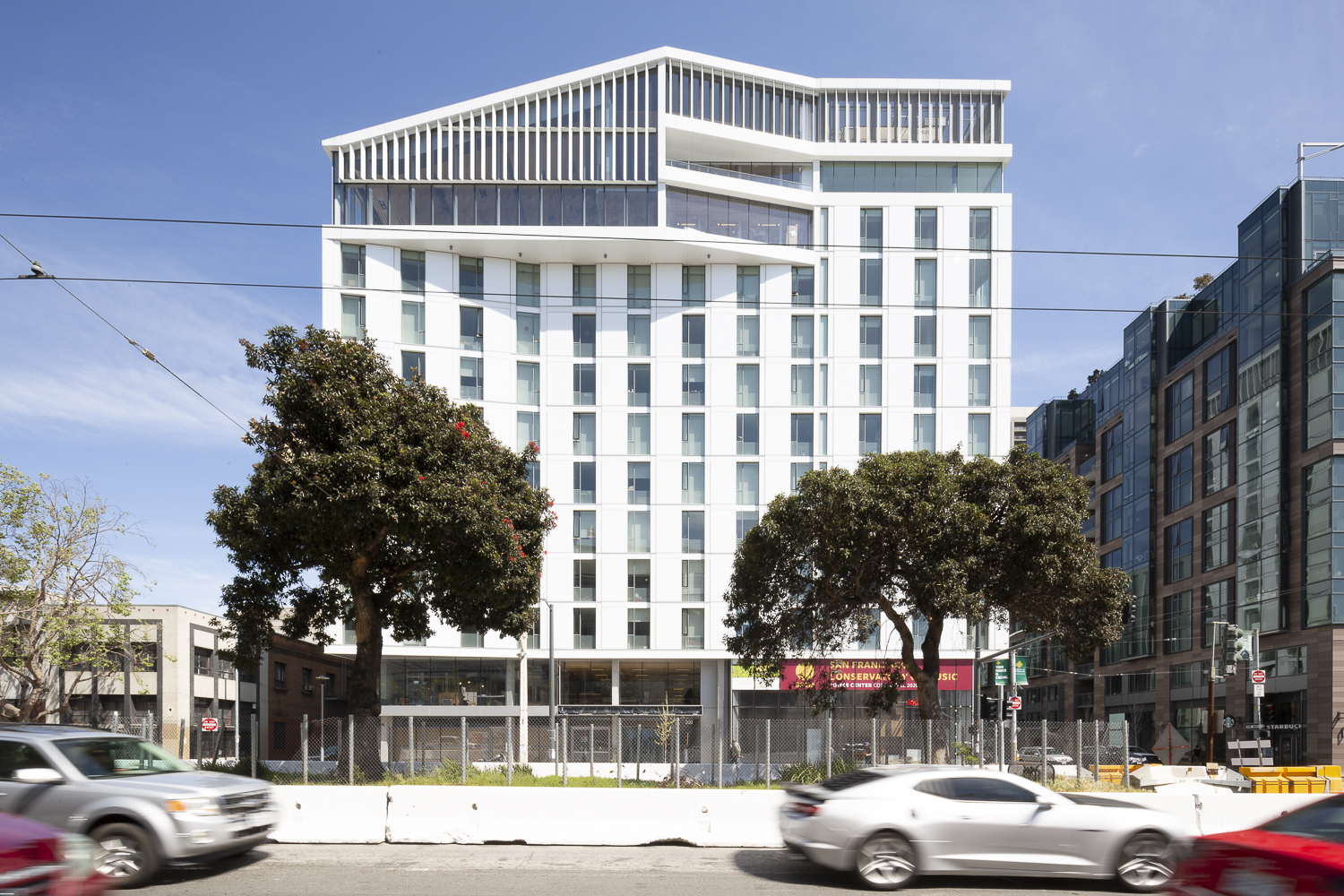 The building’s full name is the Ute and William K. Bowes Jr. Center for Performing Arts, owing to a $46.4 million donation from the William K. Bowes Jr. Foundation. Mr. Bowes Jr’s foundation, based in the city, supports various nonprofit organizations in medicine, education, and the arts. The development and construction cost $193 million. 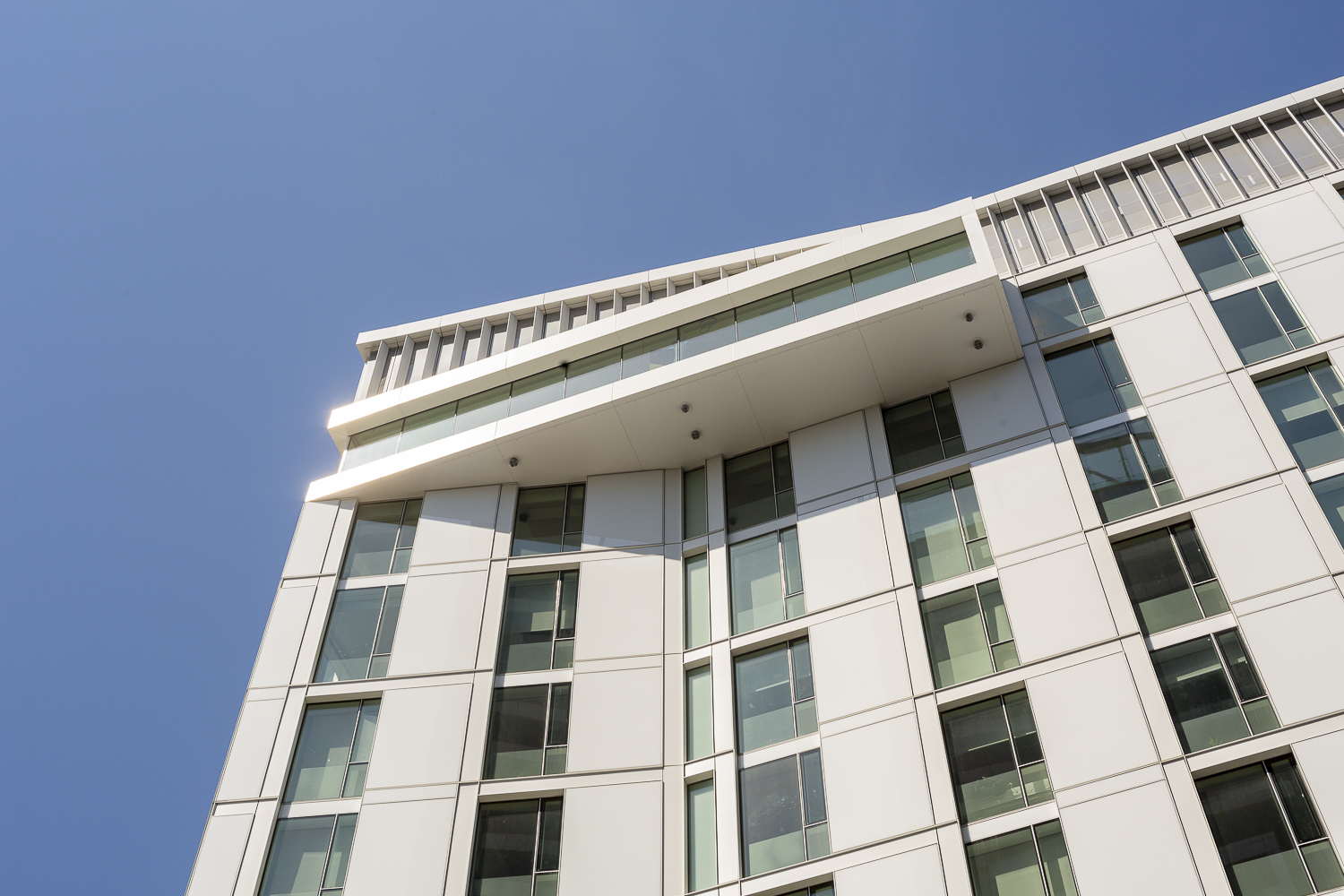 200 Van Ness Avenue is situated directly across from the San Francisco Symphony building and around the corner from City Hall and the San Francisco Public Library. The Civic Center BART Station is just three blocks east. 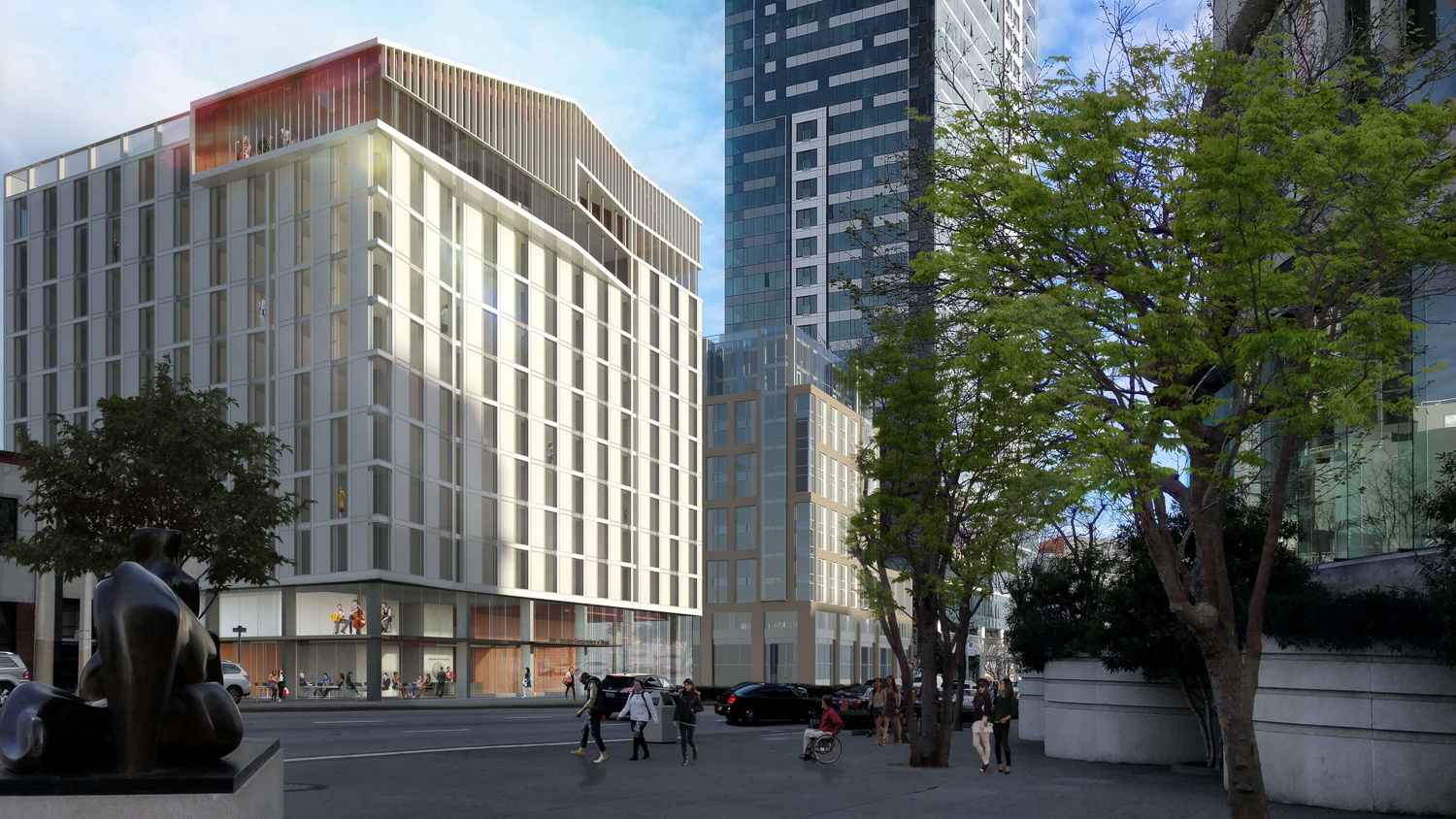 The San Francisco Conservatory of Music and Equity Community Builders are responsible for the development. The facilities are expecting to fully open with certain safety restrictions still in place by May 1st.