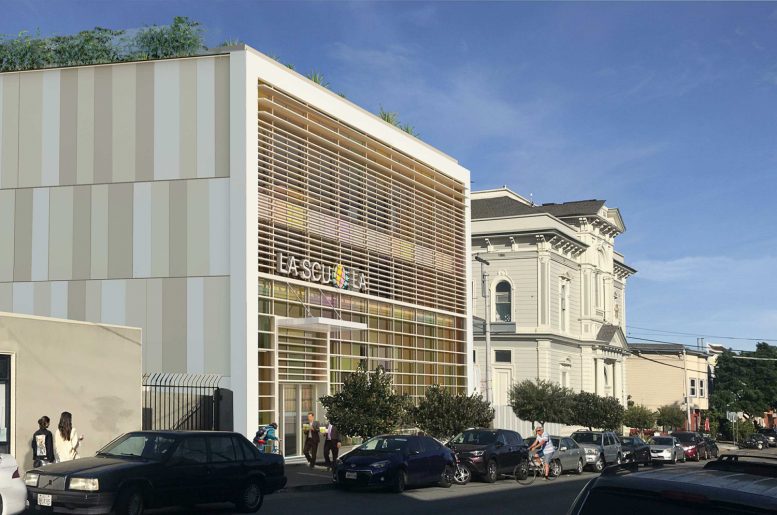 3270 18th Street expansion beside the existing building at 3250 18th Street, rendering by Perkins&Will and ZPZ Partners

Demolition permits have been filed for a two-story commercial structure at 3270 18th Street in the Mission District, San Francisco. This will make way for the La Scuola International School to expand its educational facilities in the neighborhood. La Scuola’s new development includes refurbishing their current building, 3250 18th Street, and 741 South Van Ness’s adaptive reuse.

The La Scuola International School is a San Francisco-based school founded in 2002, offering classes from preschool through 8th grade to 300 students. Its 55 staff and faculty are shared across three locations. The new construction will expand their Mission Campus footprint, which is for grades 3 to 8. La Scuola also has a presence near Alamo Square for K-2 grades and in the Dogpatch neighborhood for preschool. 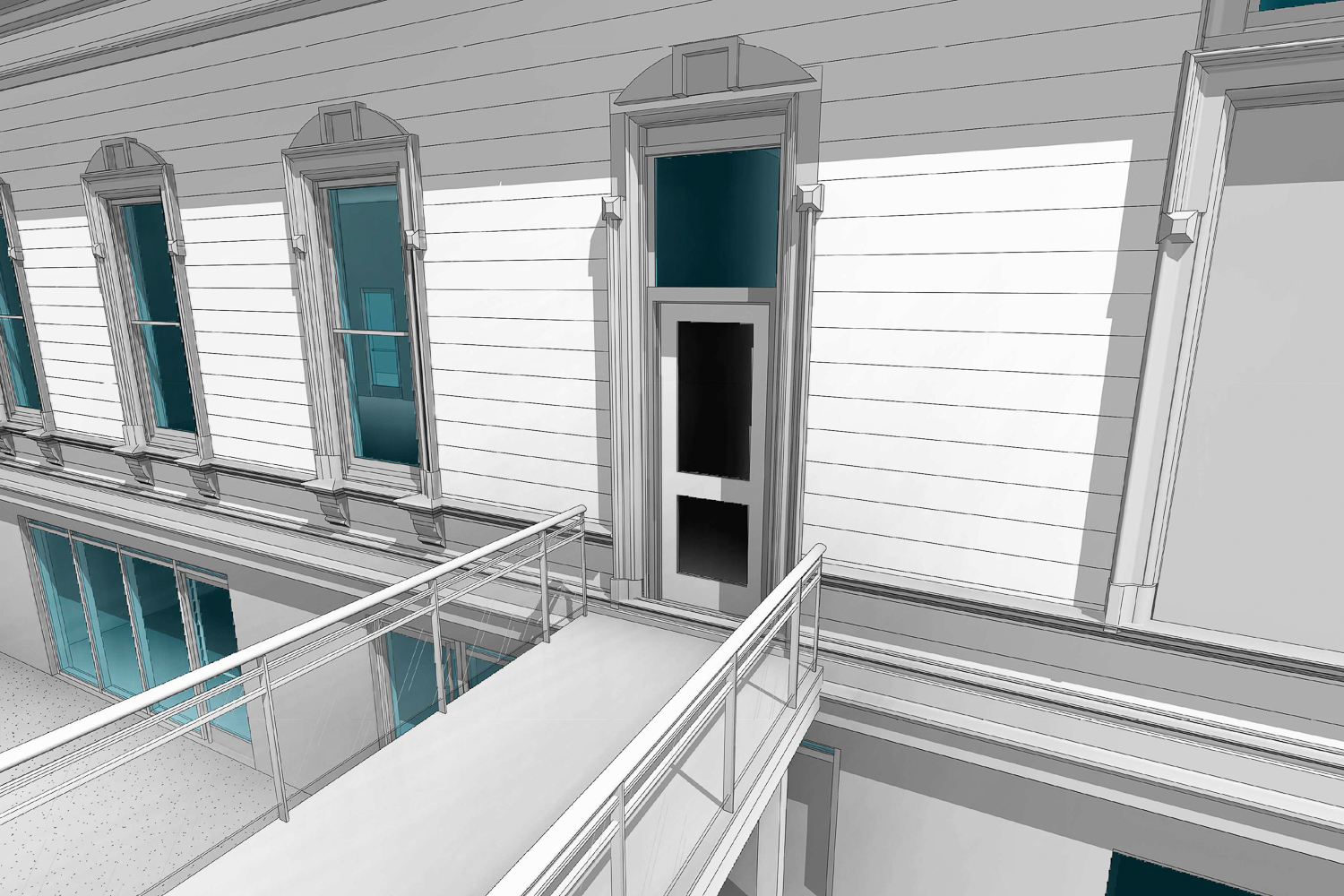 Perkins+Will partnered with the Italian-based ZPZ Partners architecture firm for the design. Their new building rises 55 feet above the street, shorter than the 62-foot tall Saint Charles School building at 3250 18th Street. Its facade consists of a louver system acting as sun shades for a colored glass curtain wall system. The more prominent San Carlos Building facade at 741 South Van Ness will be refurbished to restore the original design and removing defensive gates at the entrances. 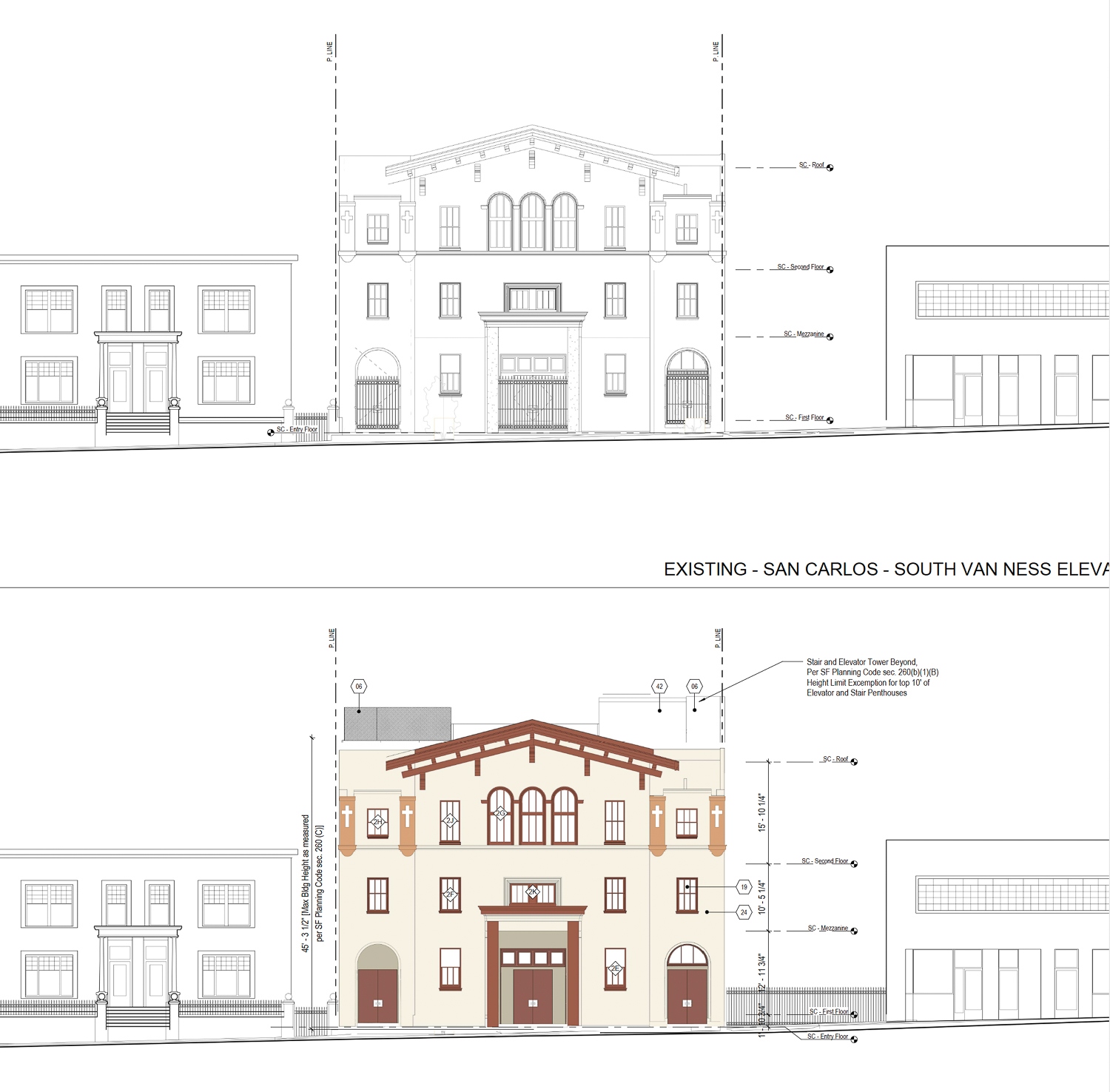 Phase one of construction will structurally upgrade and transform the class B historic resource at 741 South Van Ness into a facility for primarily middle school children. Phase two will demolish the existing convent building for new construction at 3270 18th Street. The new space will include classrooms, offices, a dining and kitchen area, and a library. The roof and other support spaces will be available for kindergarteners to eighth-grade students. The La Scuola school will add a pedestrian bridge to connect with the school’s existing premises. 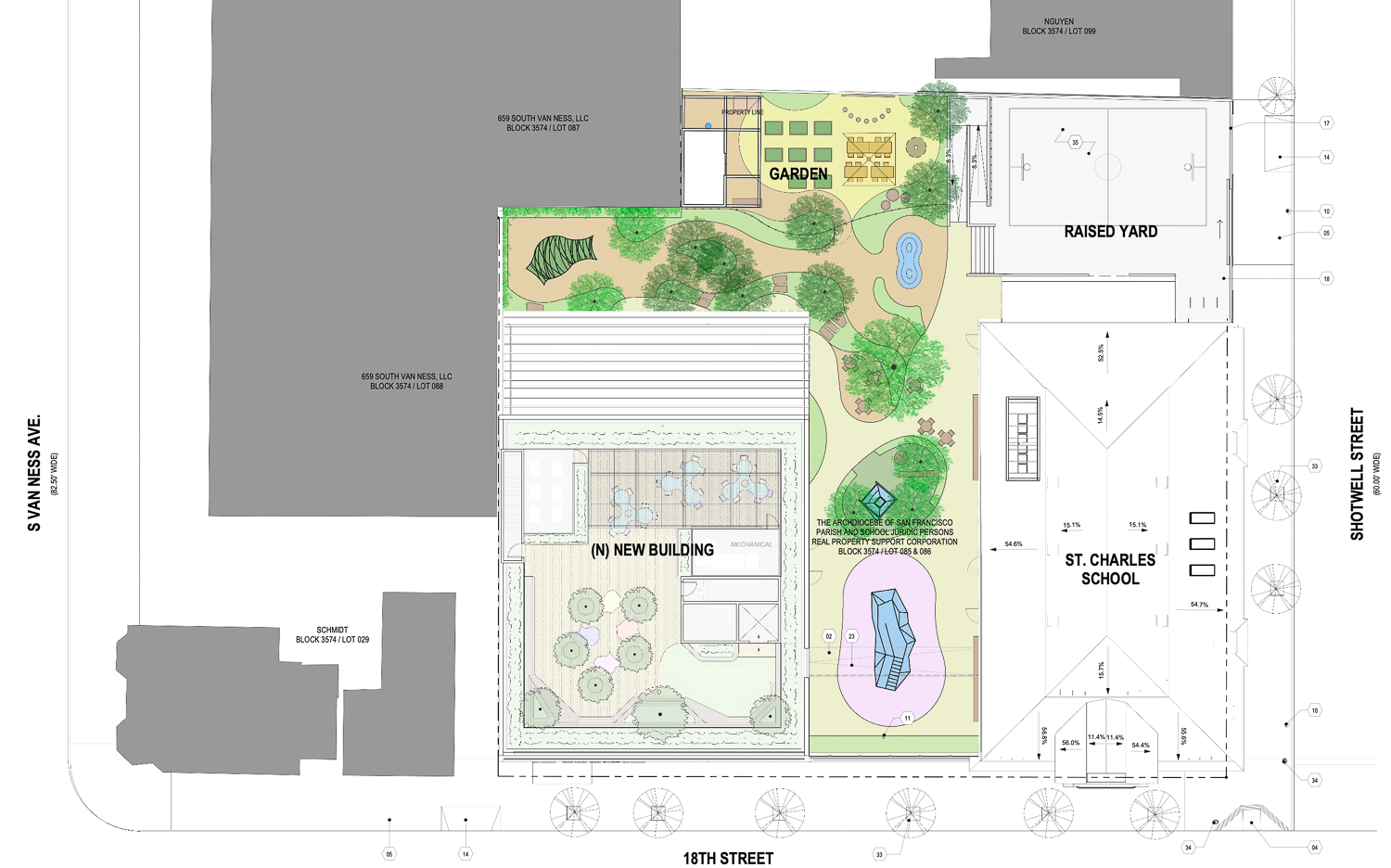 Phase three will develop a play yard and gardens connected to the streetscape program. There will also be a complete structural and seismic upgrade for the Saint Charles building with minimal facade alterations. RHAA Landscape Architects + Planners will be responsible for the design. 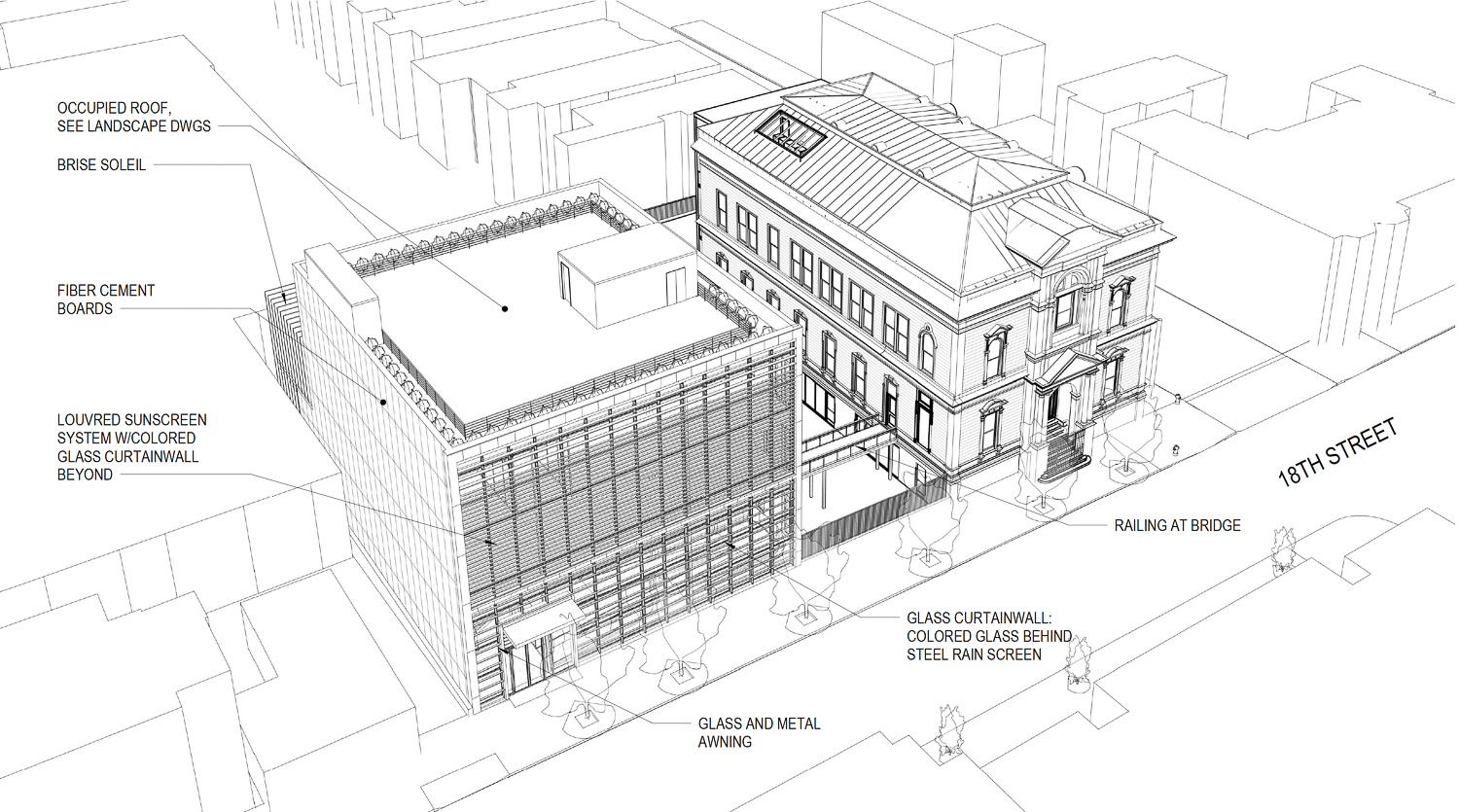 Building permits have already been filed for the renovations of 3250 18th Street and 741 South Van Ness, though not yet been filed for 3270 18th Street. The estimated construction cost is $26.2 million. Each phase is expected to last 20 months each.