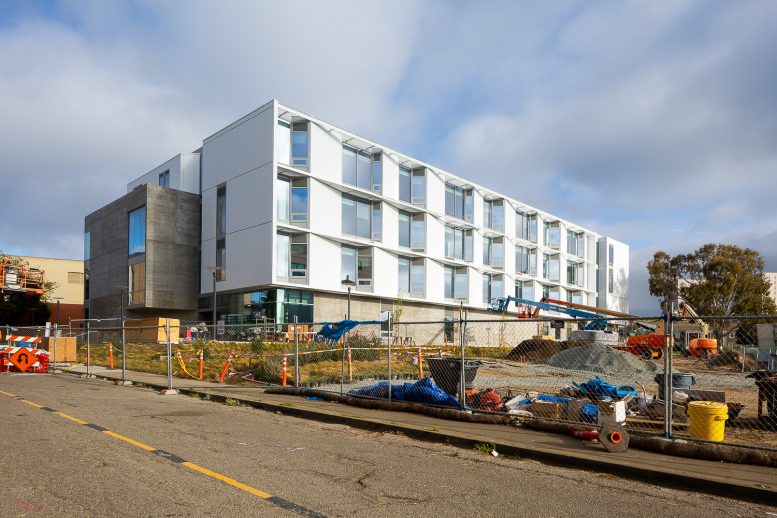 Construction is wrapping up on the first new academic building in 25 years for the San Francisco State University’s city campus. The $81 million Liberal and Creative Arts Building will provide a new home for the Broadcast and Electronic Communication Arts Department administrators and the dean’s staff for the College of Liberal and Creative Arts. Mark Cavagnero is responsible for the design. 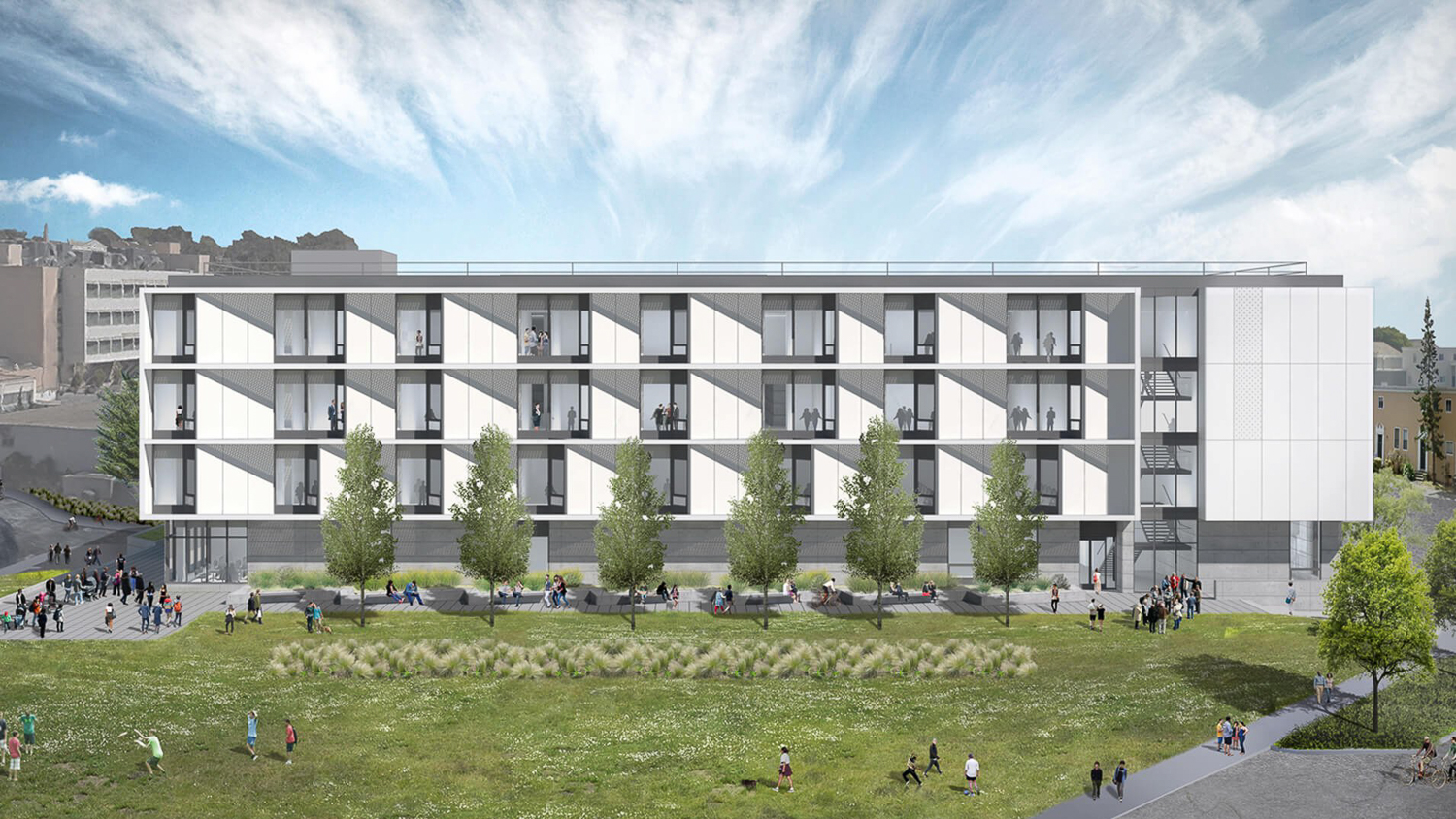 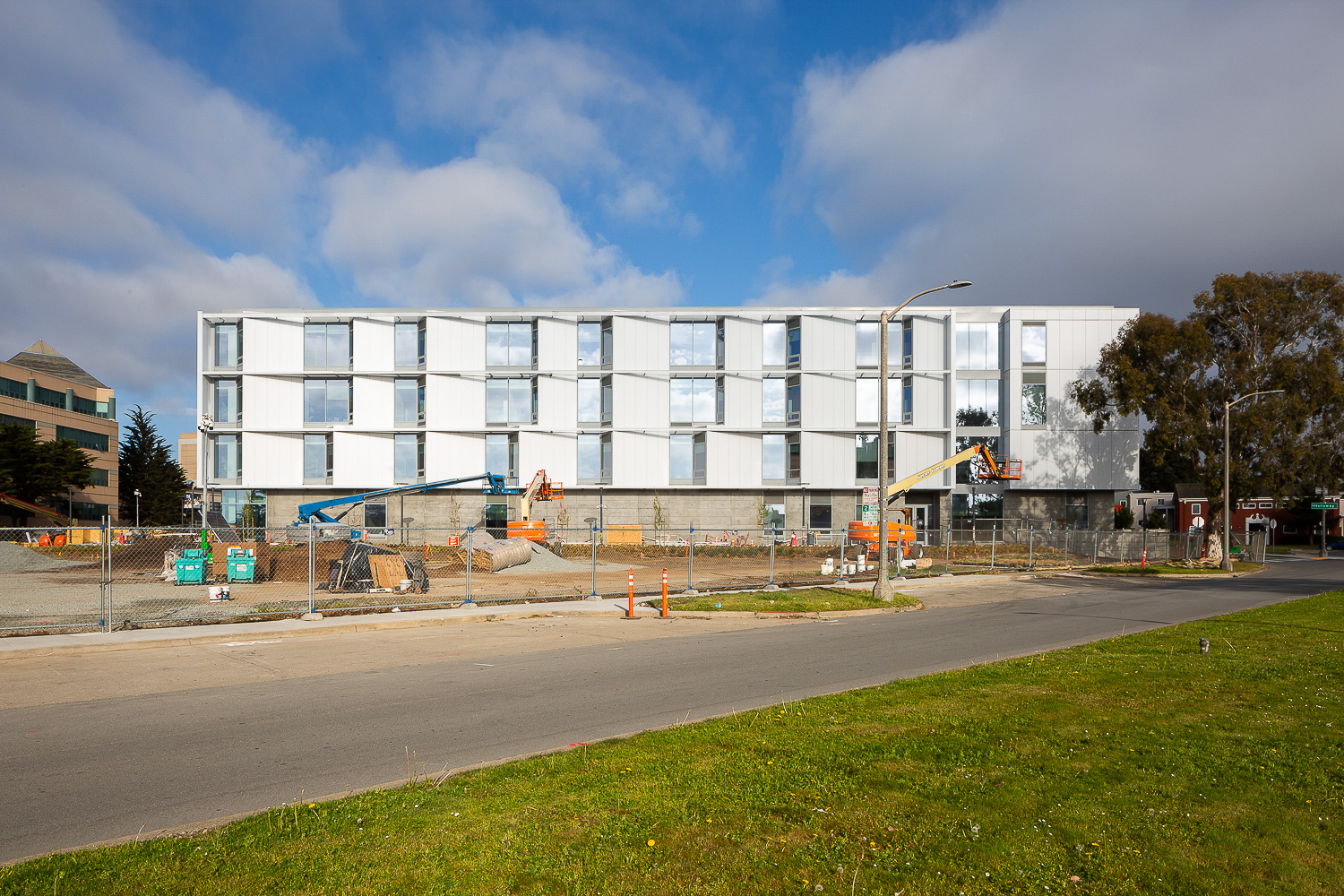 The four-story building will yield 75,000 square feet for the university. The Liberal and Creative Arts Building focuses on new media facilities as the institution drives towards modernizing the 20th Century-era campus. Along with media presentation and classrooms, the building will create a professional television newsroom for students, a new home for the student-run KSFS radio station, and purpose-built audio recording studios. 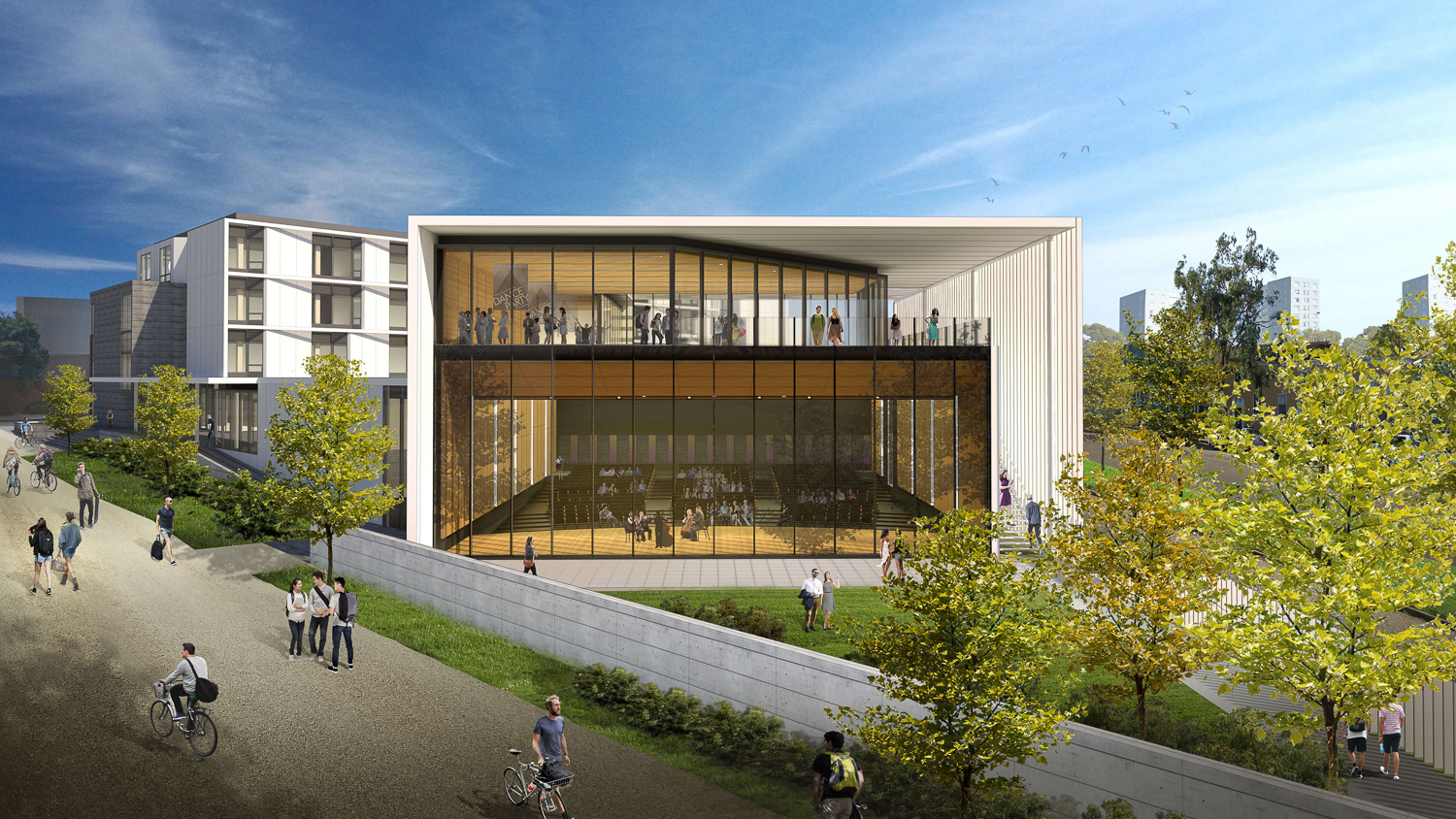 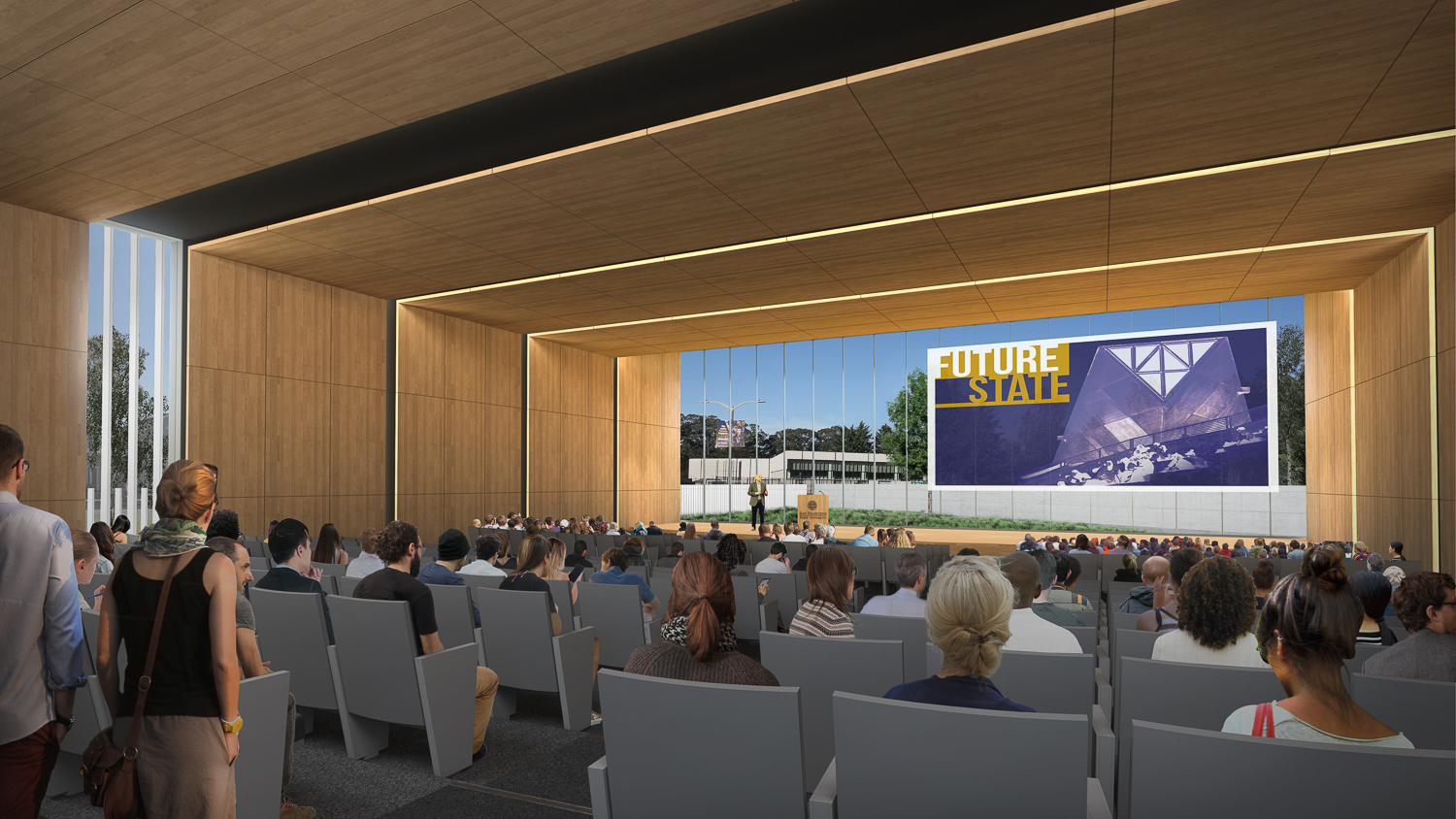 The construction of a proposed auditorium building connected with the LCA building, has not yet started, though the land has been graded. 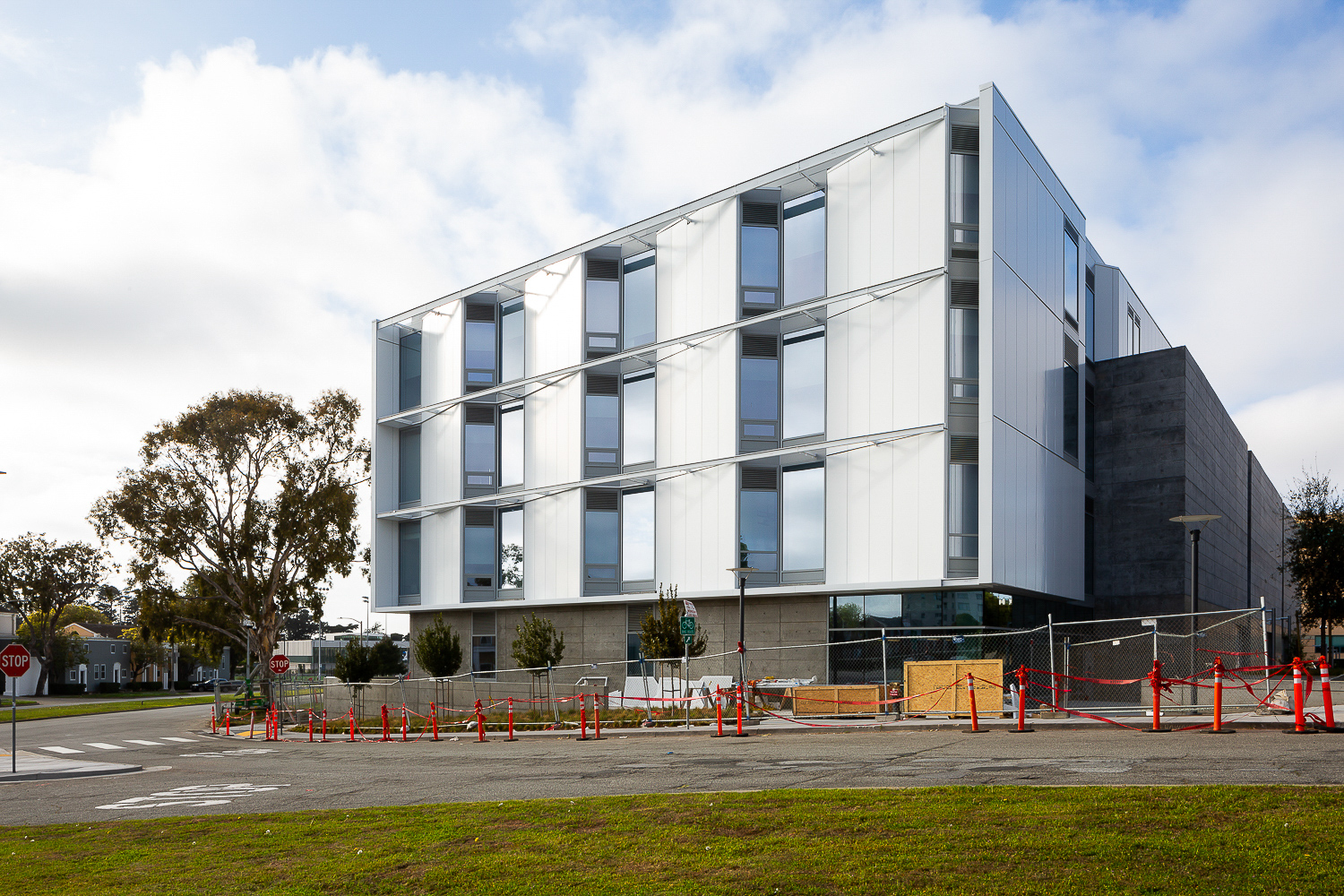 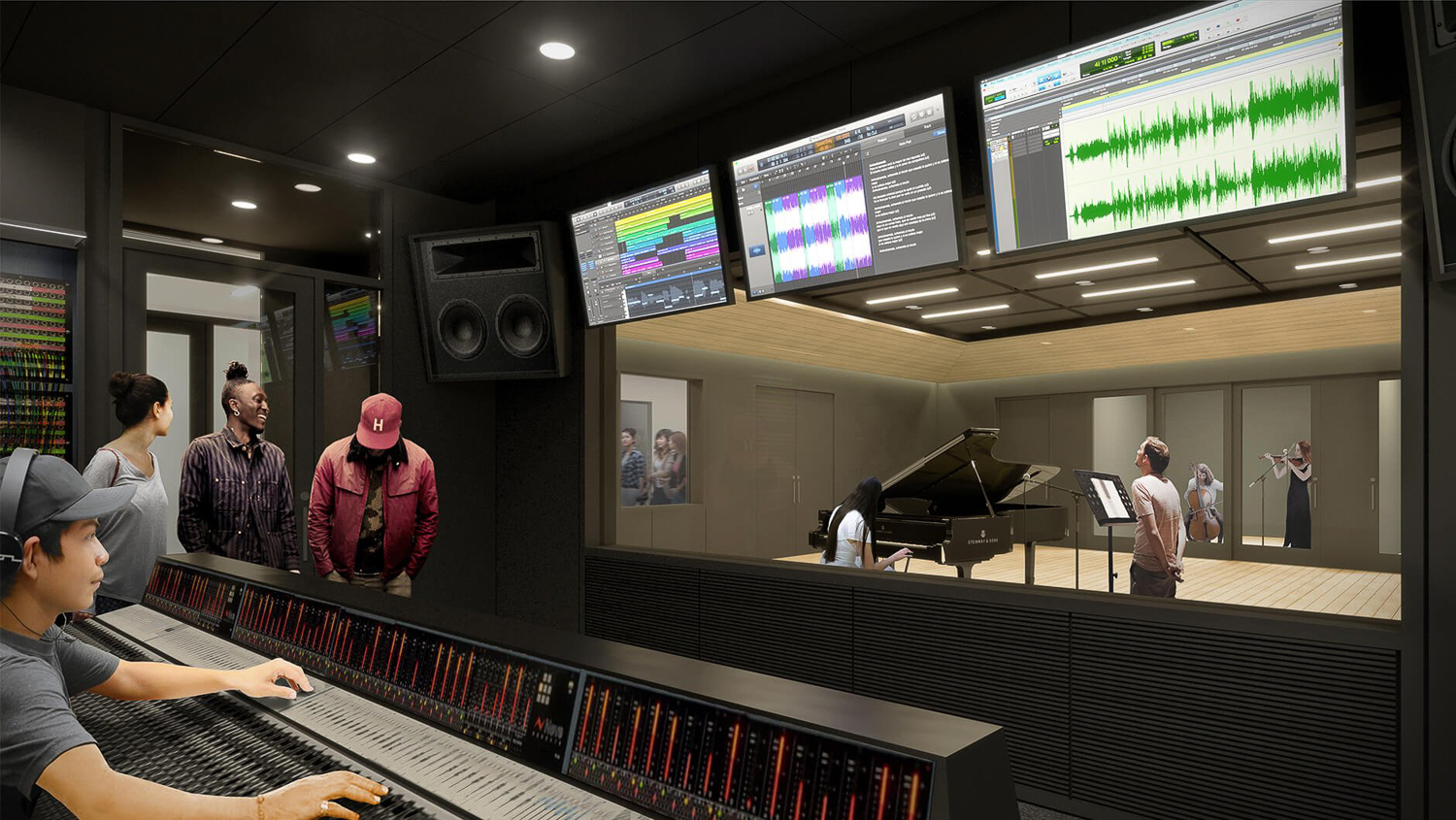 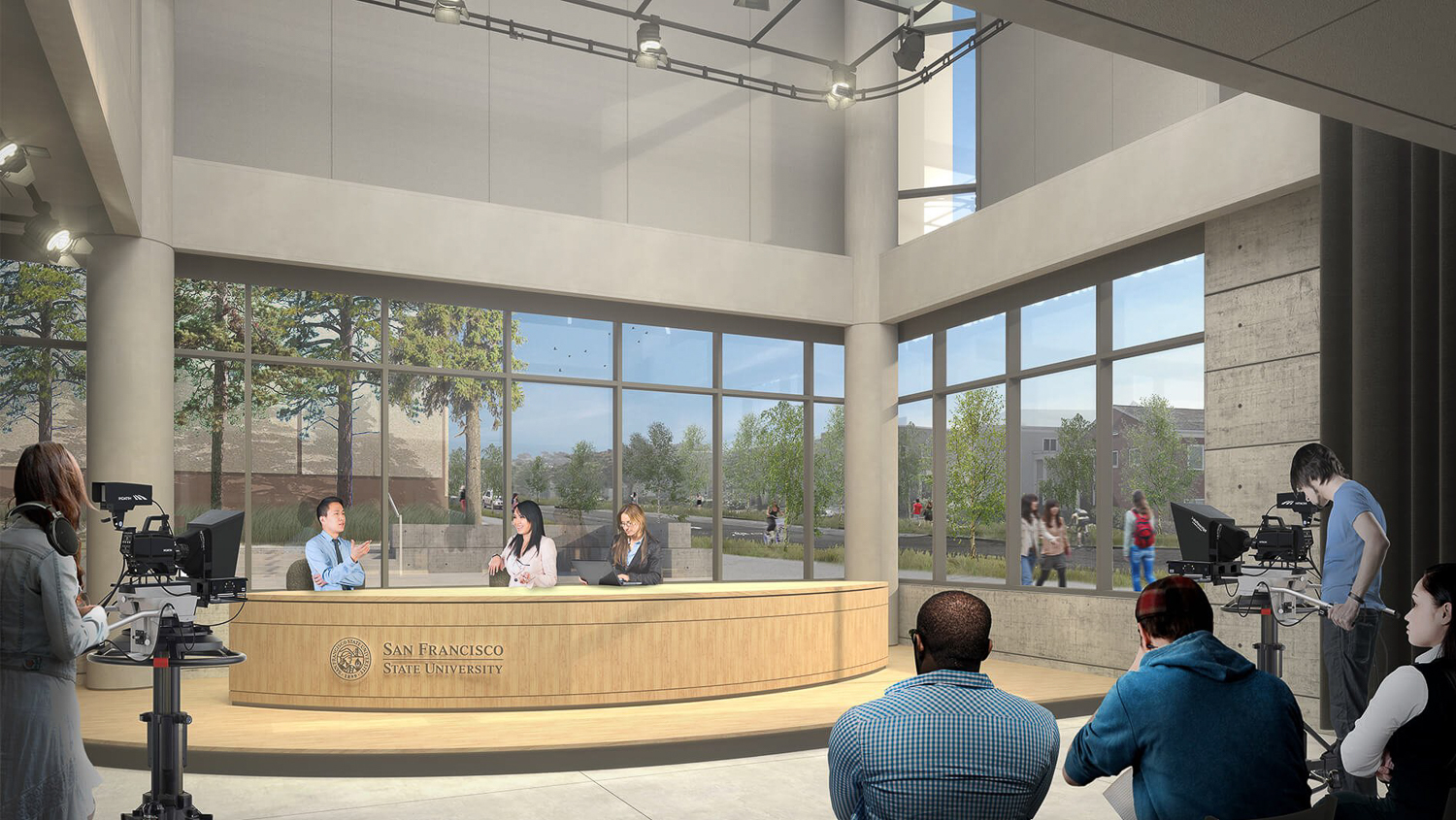 The building features a low-profile design by Mark Cavagnero wrapped with metal panels and floor-to-ceiling windows. The developers are expecting to receive LEED Gold certification once complete. The white-clad design has subtle solar shades protecting recessed windows. The modern facade stands in stark contrast with the Parkmerced neighborhood, which has been largely unchanged since built in the 1950s.

Parkmerced will be the site of an 11.2 million square foot mixed-use redevelopment with as many as 8,900 units at full buildout, including replacing the existing 3,221 units on-site. Masterplanning for Parkmerced is by SOM.

Be the first to comment on "SFSU’s Liberal and Creative Arts Building Nears Completion at SFSU Campus, San Francisco"