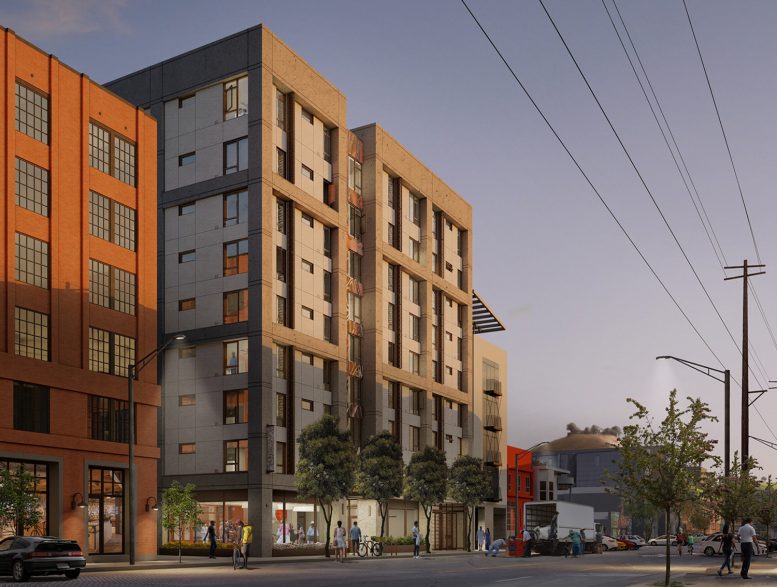 Concrete has reached the fifth floor in constructing an affordable housing building at 681 Florida Street in San Francisco’s Mission District neighborhood. The development is expected to add 130 affordable dwelling units along with open space and a ground-floor home to an arts-related organization. The Mission Economic Development Agency (MEDA) and the Tenderloin Neighborhood Development Corporation (TNDC) have partnered as project developers. 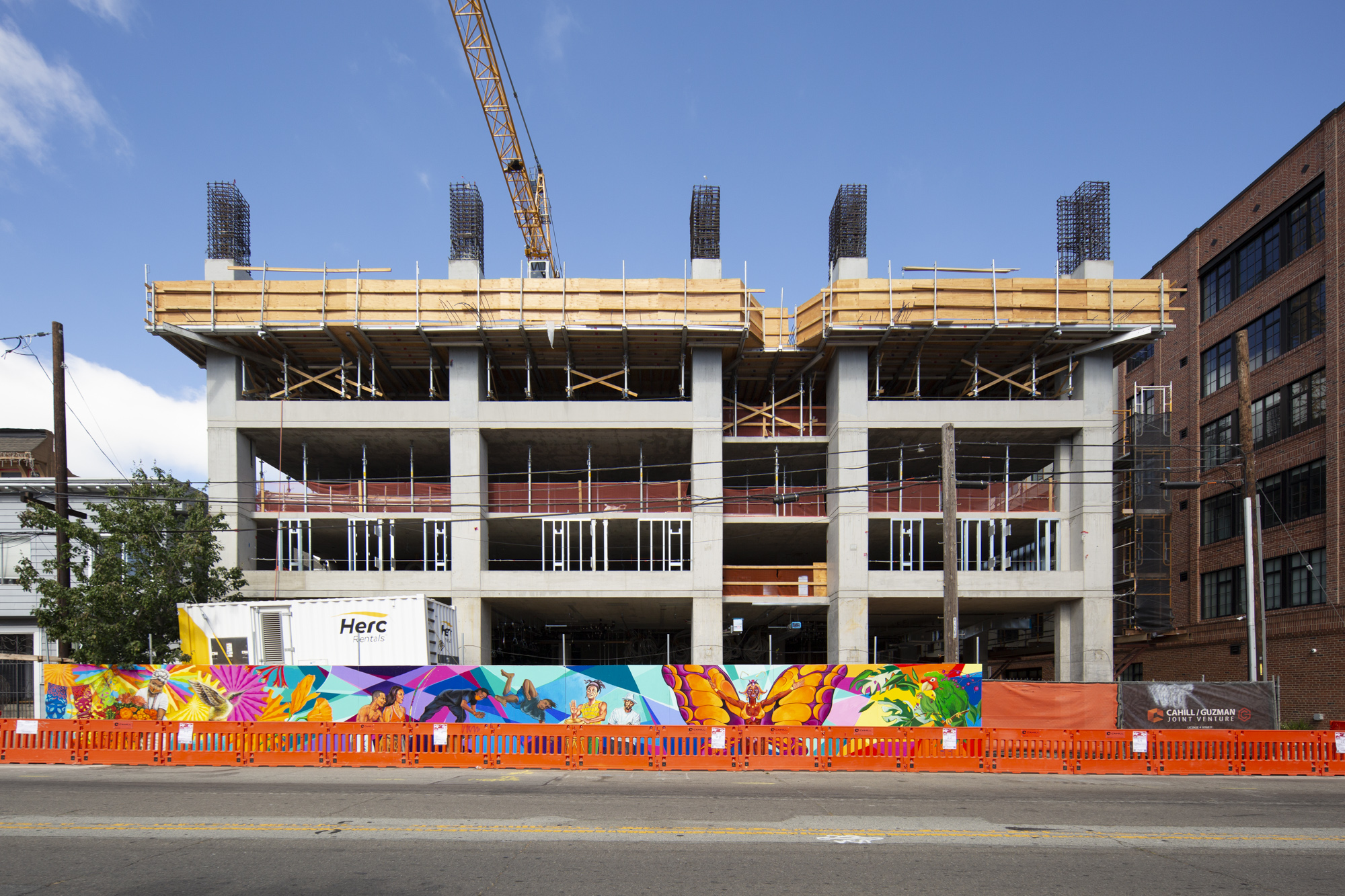 The 85-foot building yields 145,490 square feet with 130,640 square feet dedicated to residential use, 9,140 square feet of light industrial floor space for a gallery or performance area, including a 1,500 square foot second-level mezzanine option, and 5,170 square feet of useable open space. Of the 130 units, thirty percent, or 39 units, will be provided for unhoused families. Of the total housing stock, there will be 44 studios, 31 one-bedroom, 38 two-bedroom, and 17 three-bedroom units. 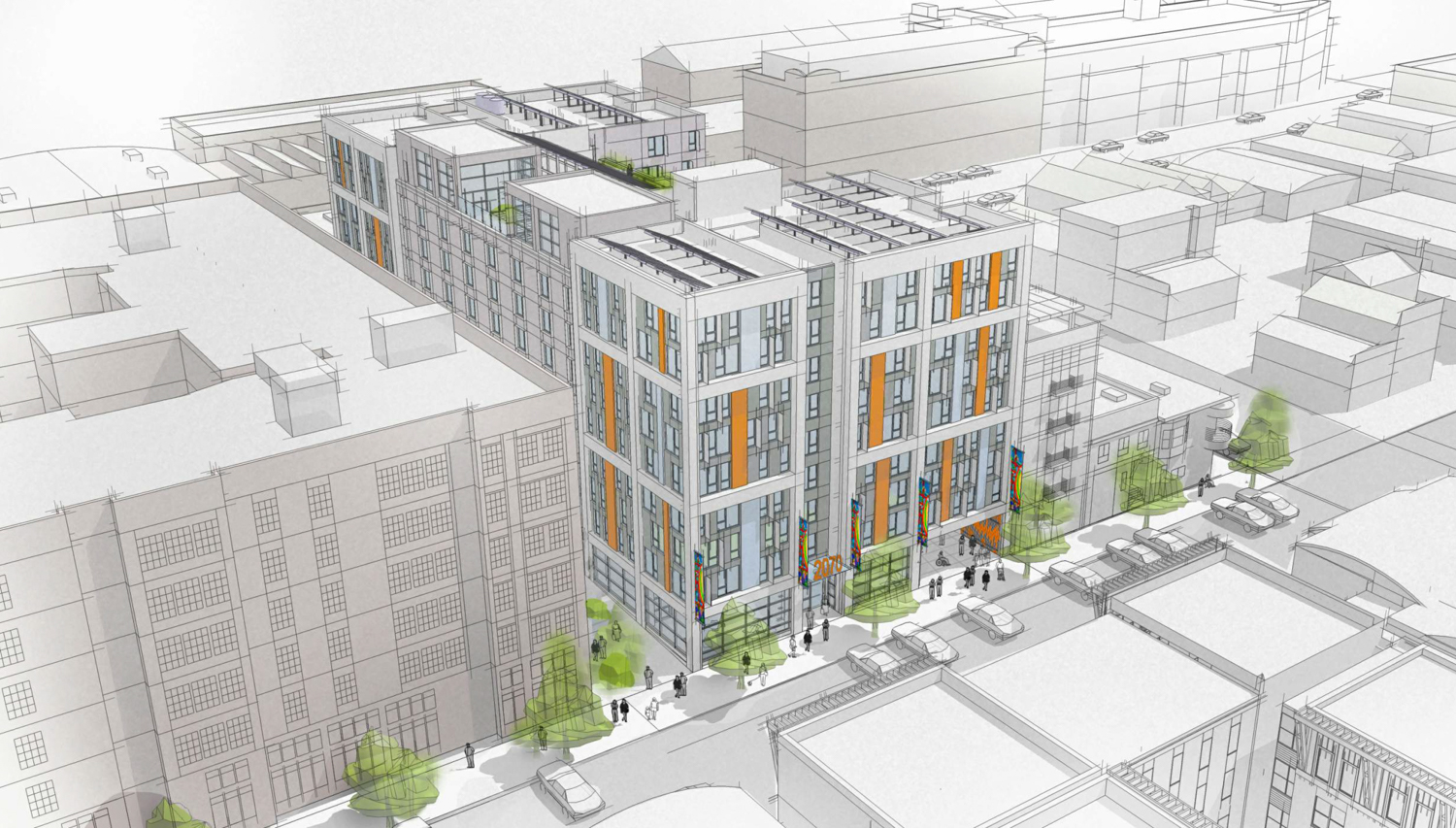 A community room, waiting lobby, and management offices will be open on the ground level. An open rooftop deck beside a laundry room will also offer residents access to a planting area. 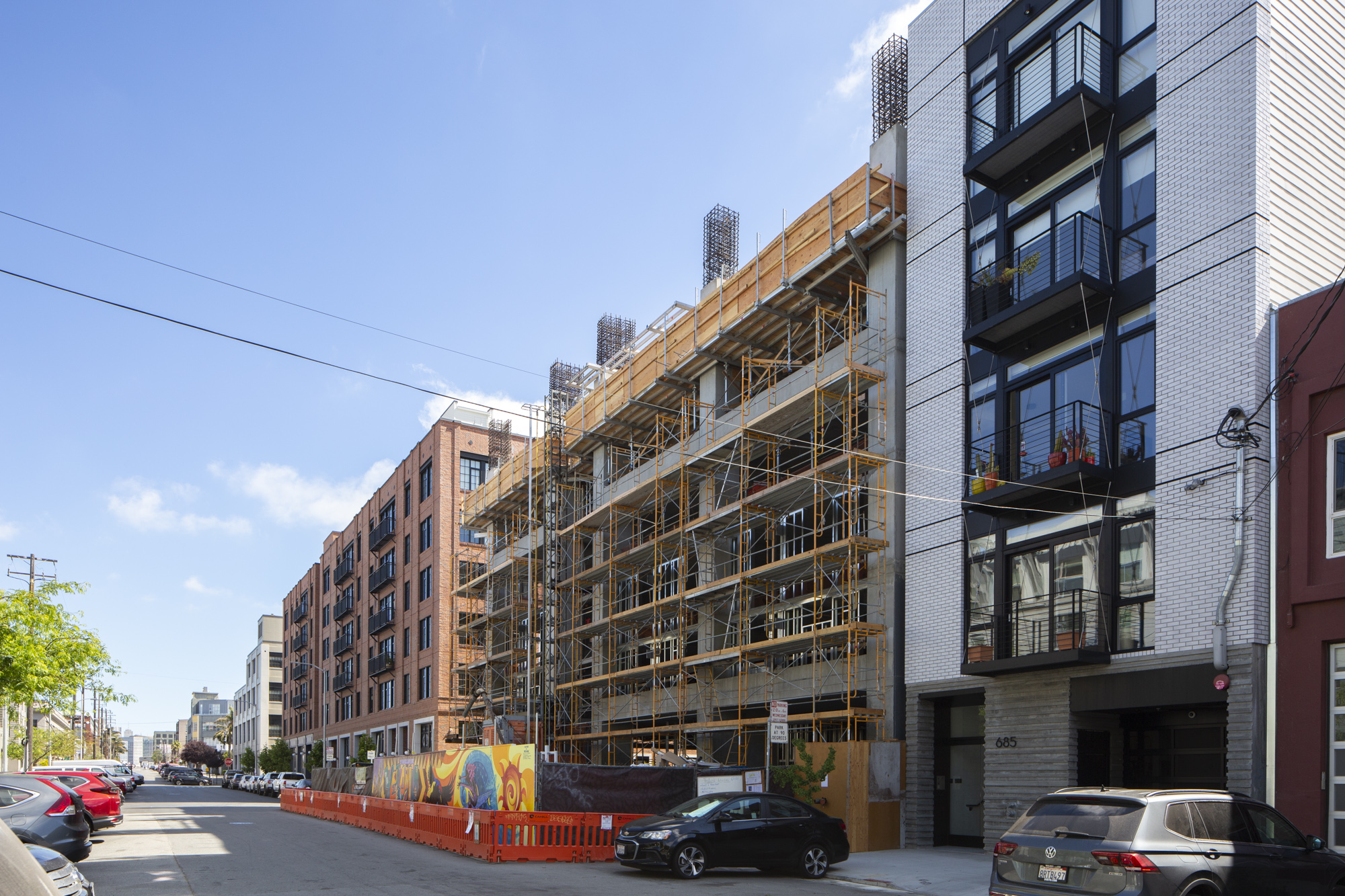 MEDA and TNDC were awarded Request for Proposal benefits from the Mayor’s Office of Housing and Community Development. The proposal was allowed to extend a short twenty feet above the neighborhood height limits. California Senate Bill 35, introduced in 2017 by State Senator Scott Weiner, allowed the project to have a streamlined permitting process. 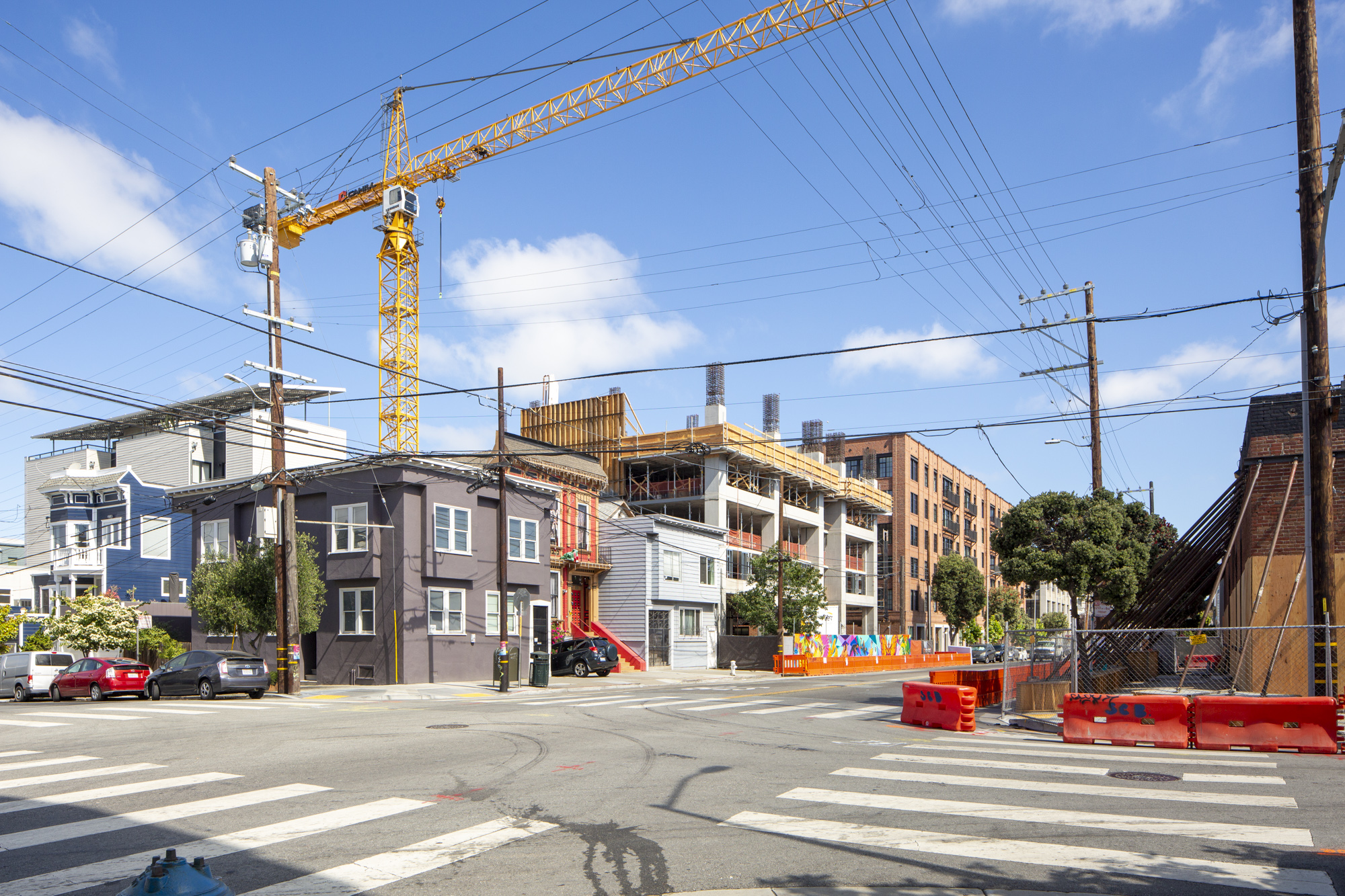 Building permits were filed in early 2018, with an estimated construction cost of $40 million. The project will include 100% renewable energy through CleanPowerSF, with solar panels on the rooftop.

The project broke ground in October of 2020, with construction expected to last 22 months. The building is anticipated to finish by August of 2022.

The development is located in a city’s retail-rich portion, near the KQED Headquarters and future SFMTA Potrero Yard mixed-use redevelopment.

Be the first to comment on "Concrete Rises at 681 Florida Street, Mission District, San Francisco"