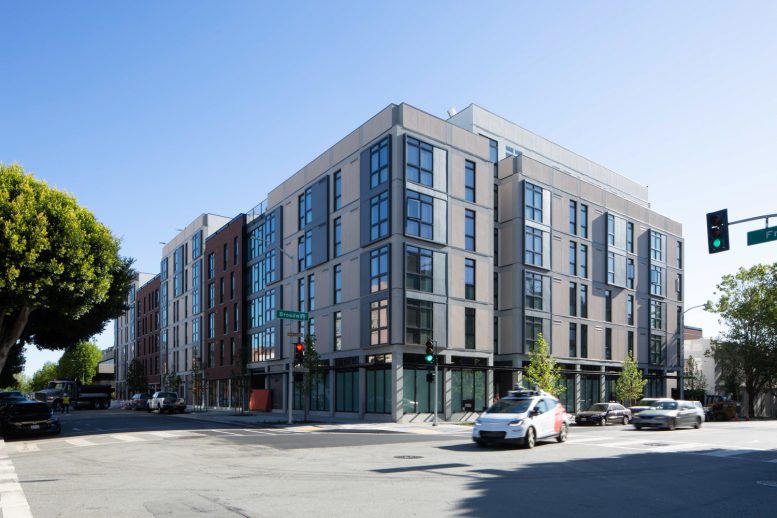 Construction is nearing completion at 88 Broadway and 735 Davis in North Beach, San Francisco. The development will soon open 178 affordable housing units designated for family or senior residents. BRIDGE Housing and the San Francisco-based John Stewart Company responsible for the development. 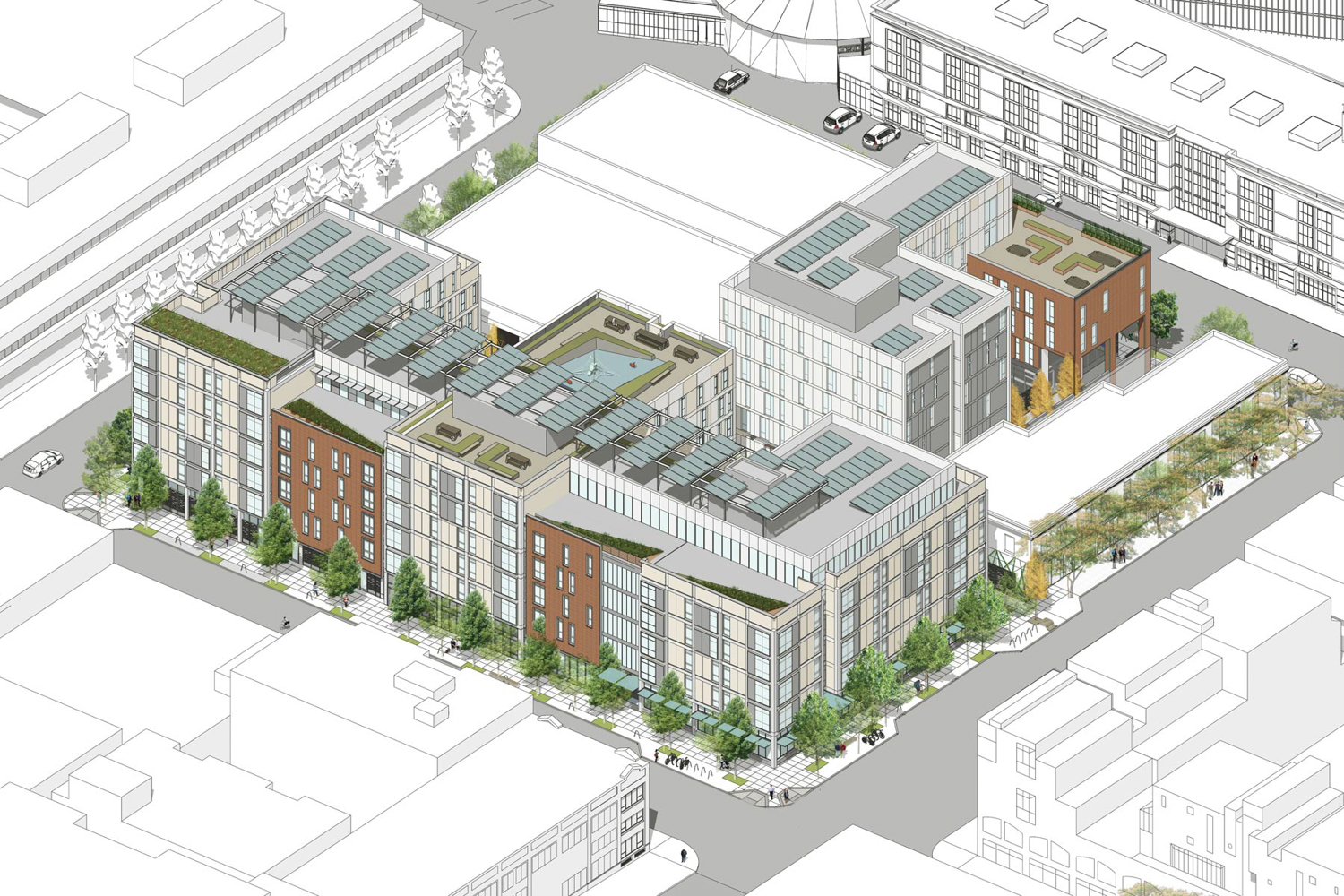 The 65-foot development yields 191,460 square feet, with 146,040 square feet for the family housing at 88 Broadway and 45,420 square feet for the senior residential building at 735 Davis. Parking will be opened for 110 bicycles. Resident amenities include a community room with a kitchen, a childcare play area, and a landscaped rooftop. The top-floor deck consists of a community garden, lounge terraces, and solar panels. 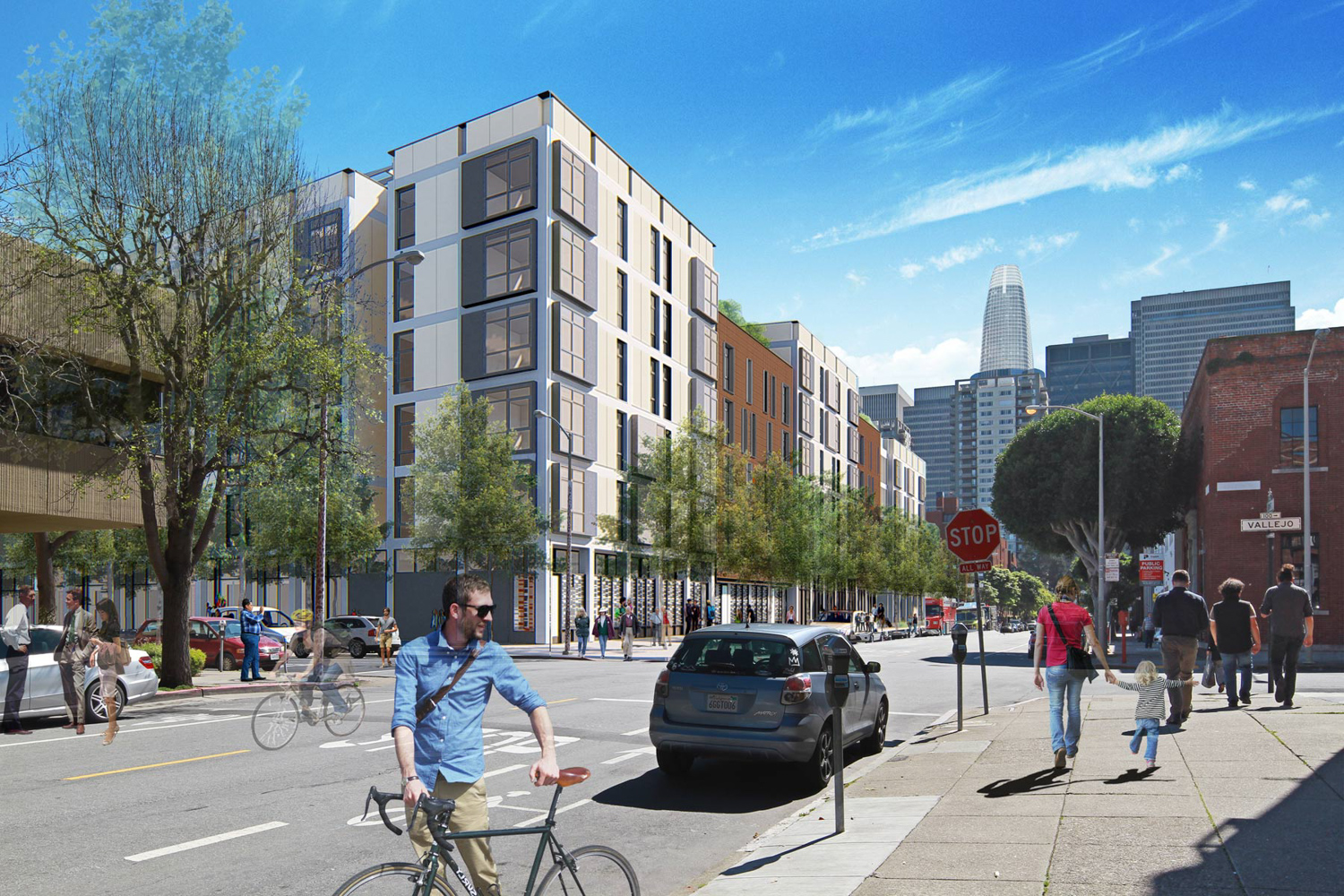 88 Broadway with the Salesforce Tower in the background, rendering by LMS Architects 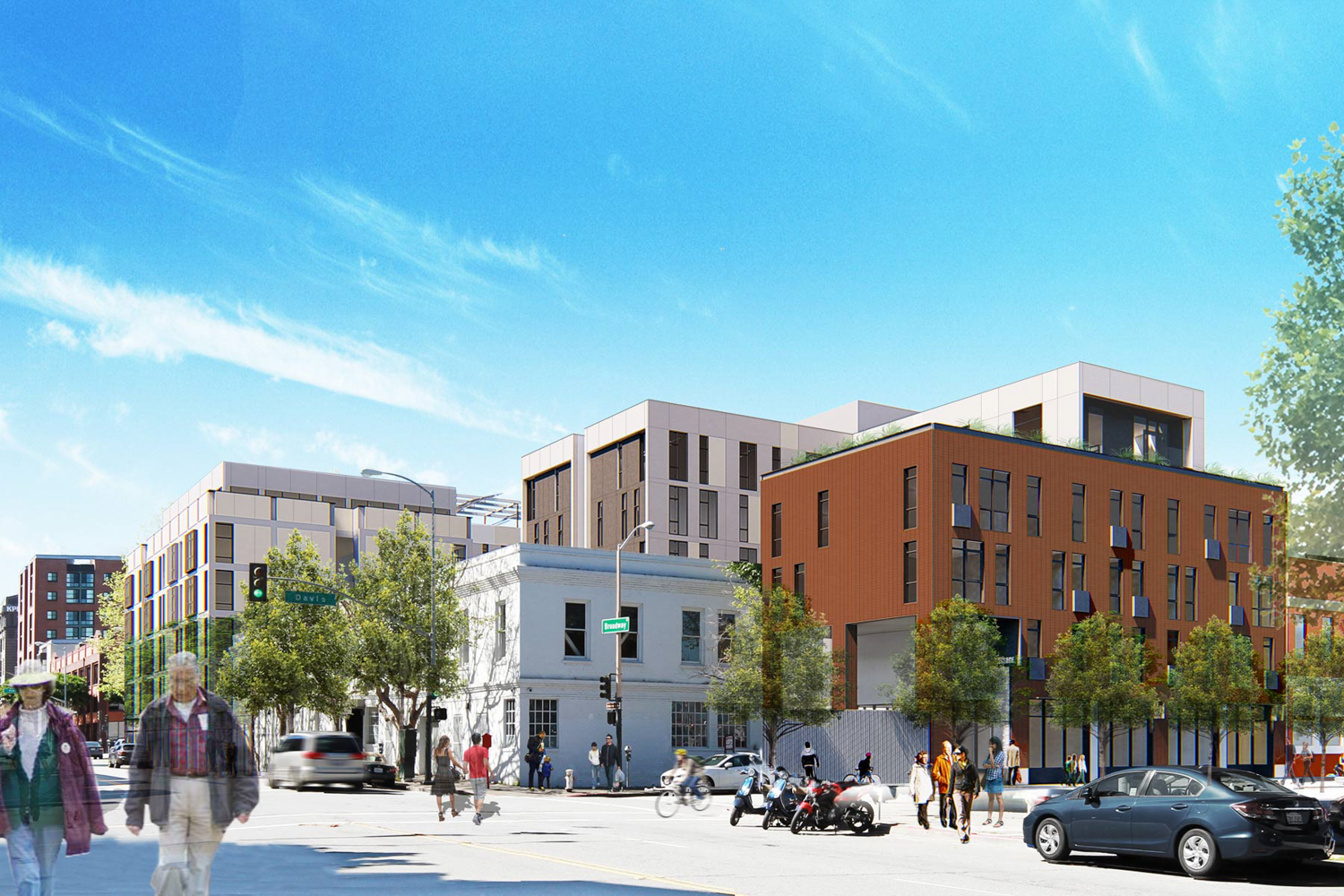 Leddy Maytum Stacy Architects is responsible for the design. The building facade is composed of brick, cement, metal, and painted stucco, all to form a varied facade that engages the pedestrian. 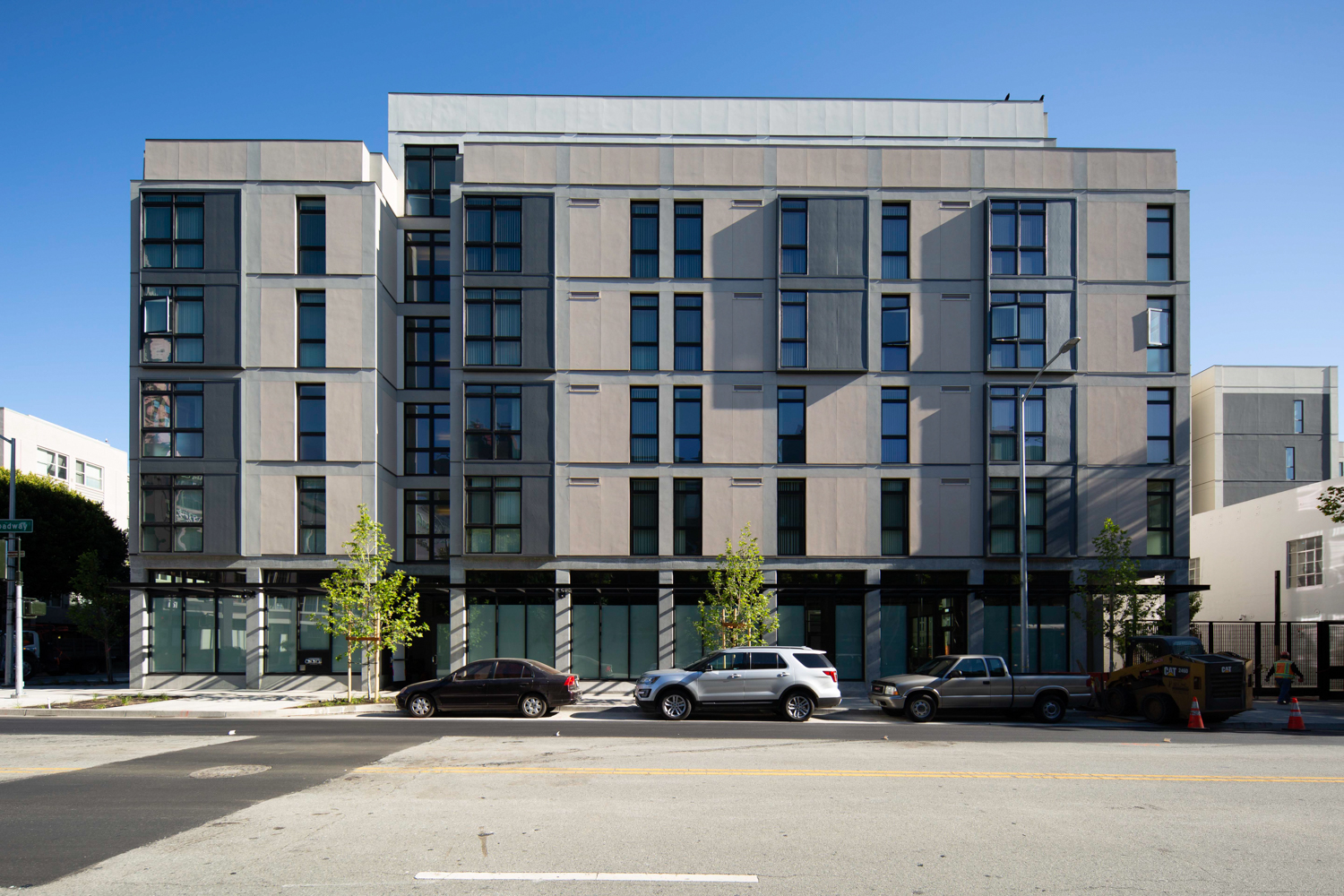 Facade installation has complete, and work on the interiors is nearing the end. Building permits estimated the construction cost for 88 Broadway to be $38.5 million and $15 million for 735 Davis. With the entire process tallied up, the estimated development price reached $140.5 million, averaging over $750,000 per unit built.