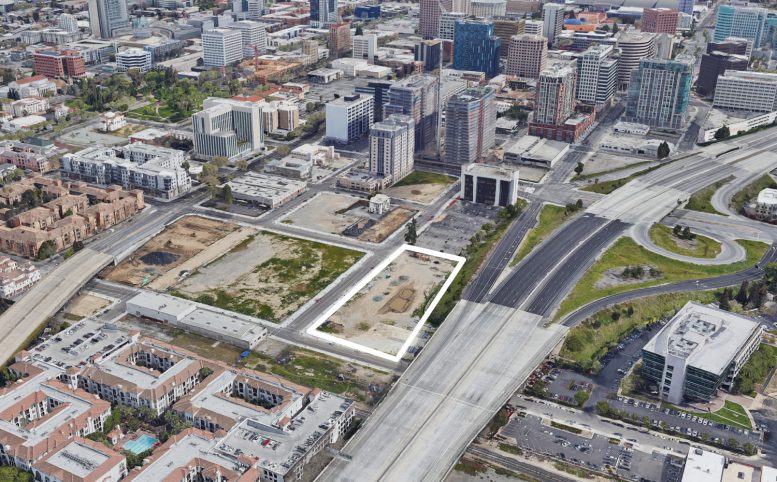 201 West Julian Street site next to vacant parcels which have since seen new housing built, image via Google Street View

Westbank and Gary Dillabough of Urban Community have purchased a vacant parcel expected to become housing at 201 West Julian Street in Downtown San Jose. The $11.4 million transaction adds to the development team’s impressive six-project roster for the city, including an office tower designed by Studio Gang at 255 West Julian Street. Given the development team’s other ambitious proposals, there is high anticipation about what they plan to do at 201 West Julian. 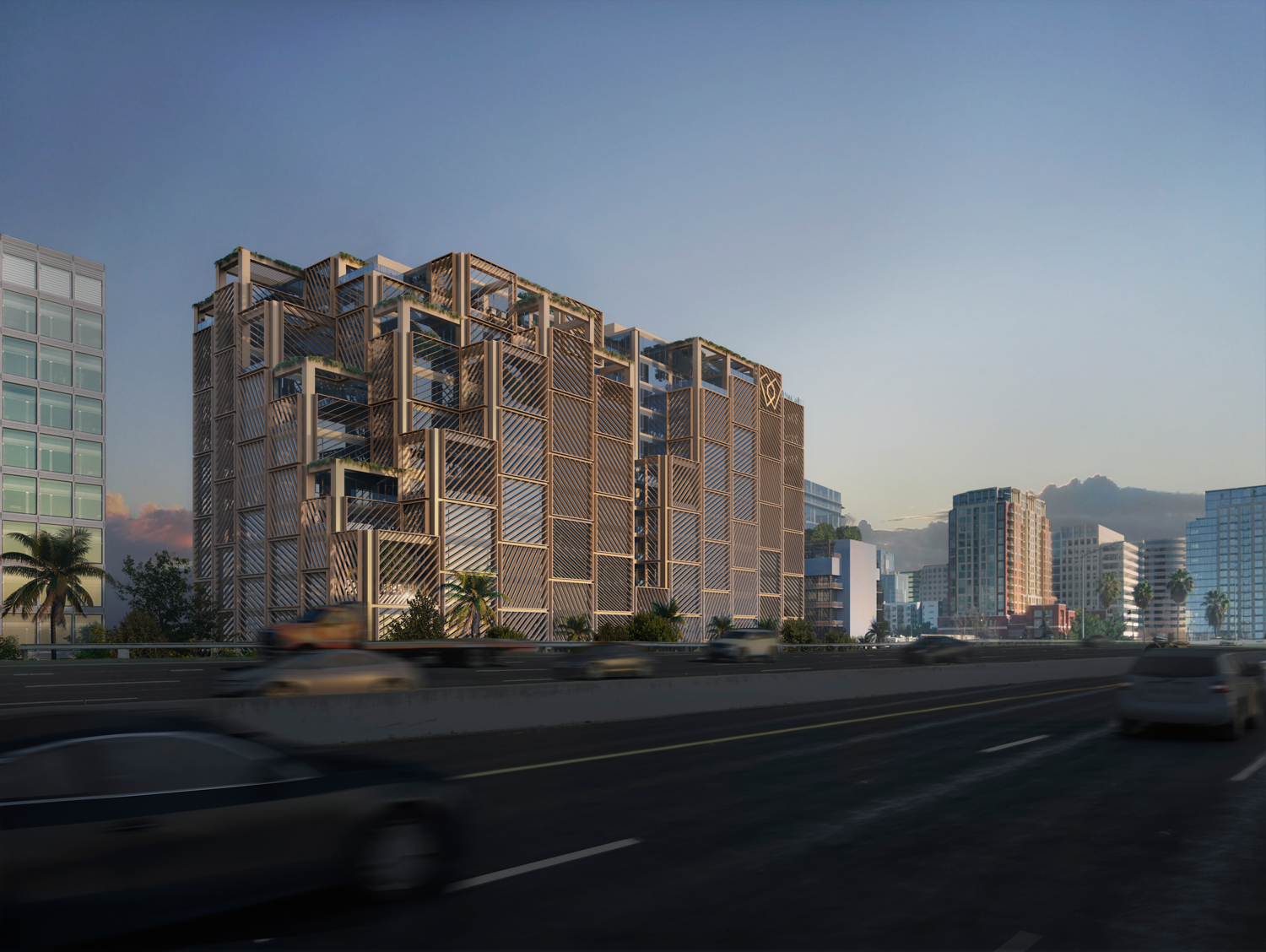 Arbor at 255 West Julian Street from the freeway, rendering by Westbank and Studio Gang

The sale was announced recently in late May. Terrascape, a real estate firm, was responsible for facilitating the transaction. Z & L is the former property owner. 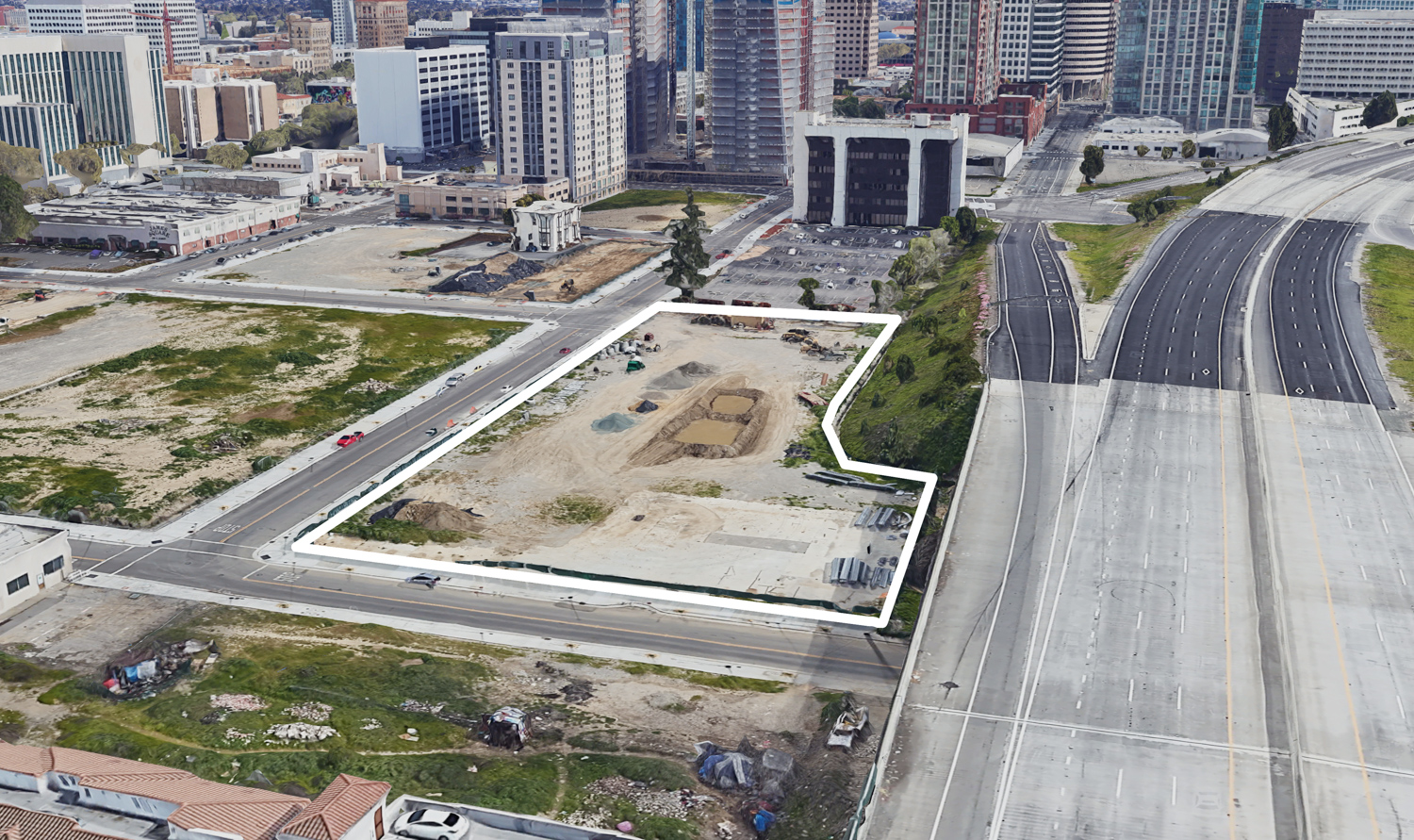 Previous development permits were filed in 2014 by Swenson, a construction company, with design by BDE Architecture. The permits were approved before the plan stalled. The past development described an 18-story residential building to add over three hundred apartments to the San Jose housing market, on-site parking, and 1,400 square feet of ground-level retail. 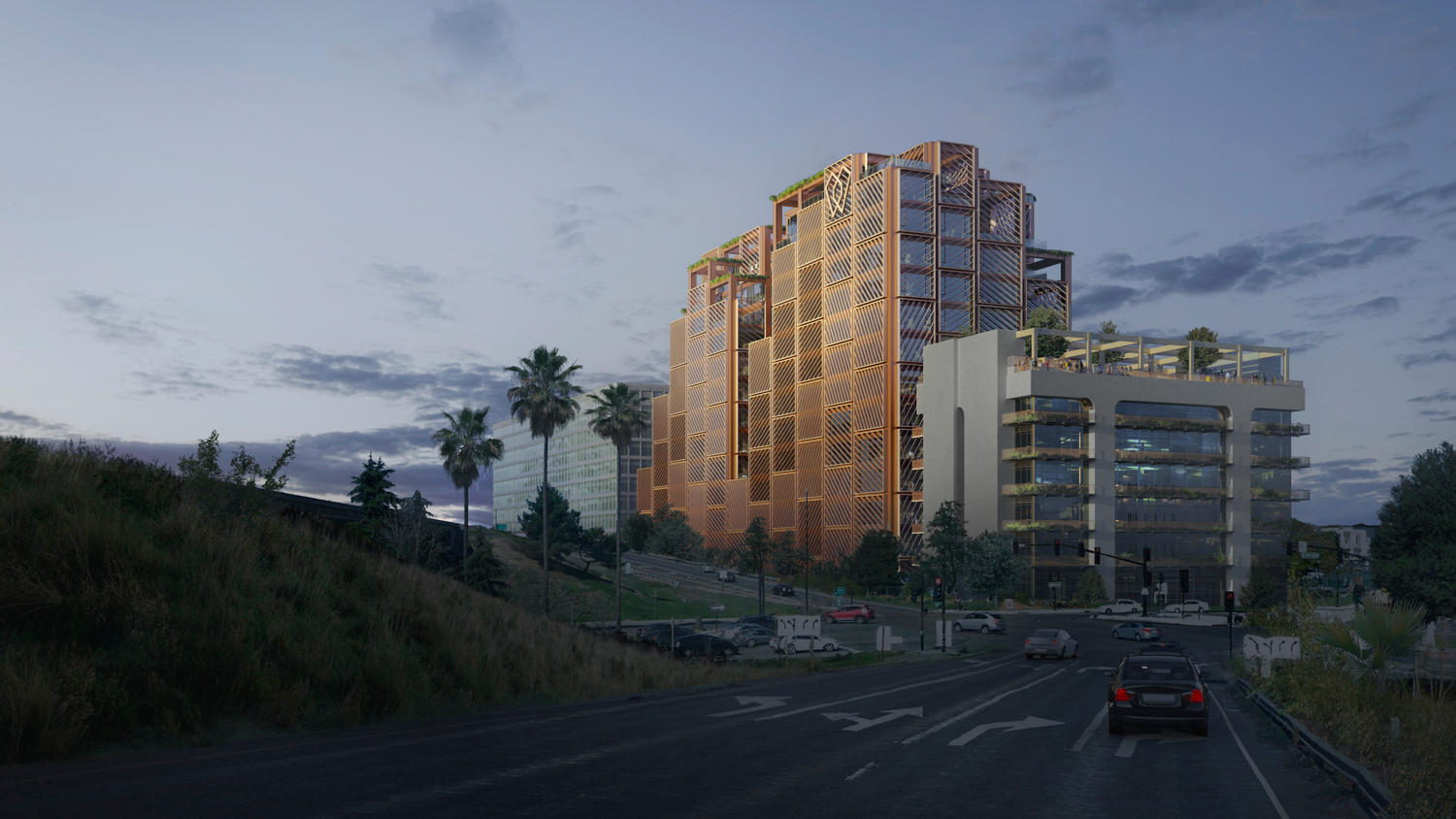 The details about any future development by Westbank and Gary Dillabough for 201 West Julian Street have not yet been drafted.

Given the impressive design roster in the other six projects announced by Westbank and Urban Community will develop, it will be interesting to see who is chosen. Studio Gang, best known in the Bay Area for MIRA SF, is the likely candidate, given that they are already designing 255 West Julian Street on the same block. 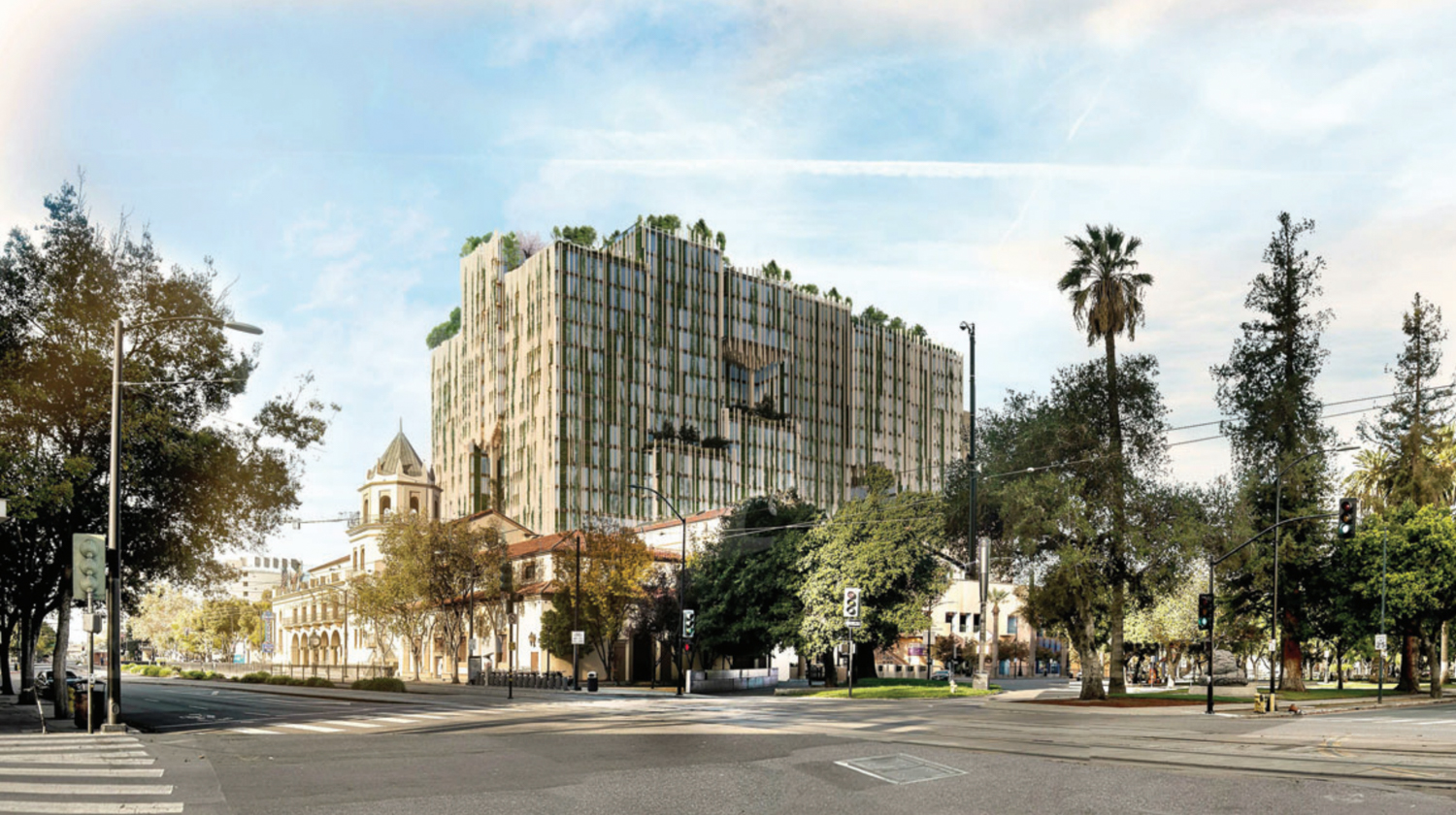 The firm has hired Bjarke Ingels Group to redesign the Bank of Italy and a new tower at 35 South Second Street. Kengo Kuma & Associates has been hired to design the 20-story office building at 180 Park Avenue. James K.M. Cheng Architects was hired to design two office towers at 300 South 1st Street and an adjacent apartment building at 409 South 2nd Street. 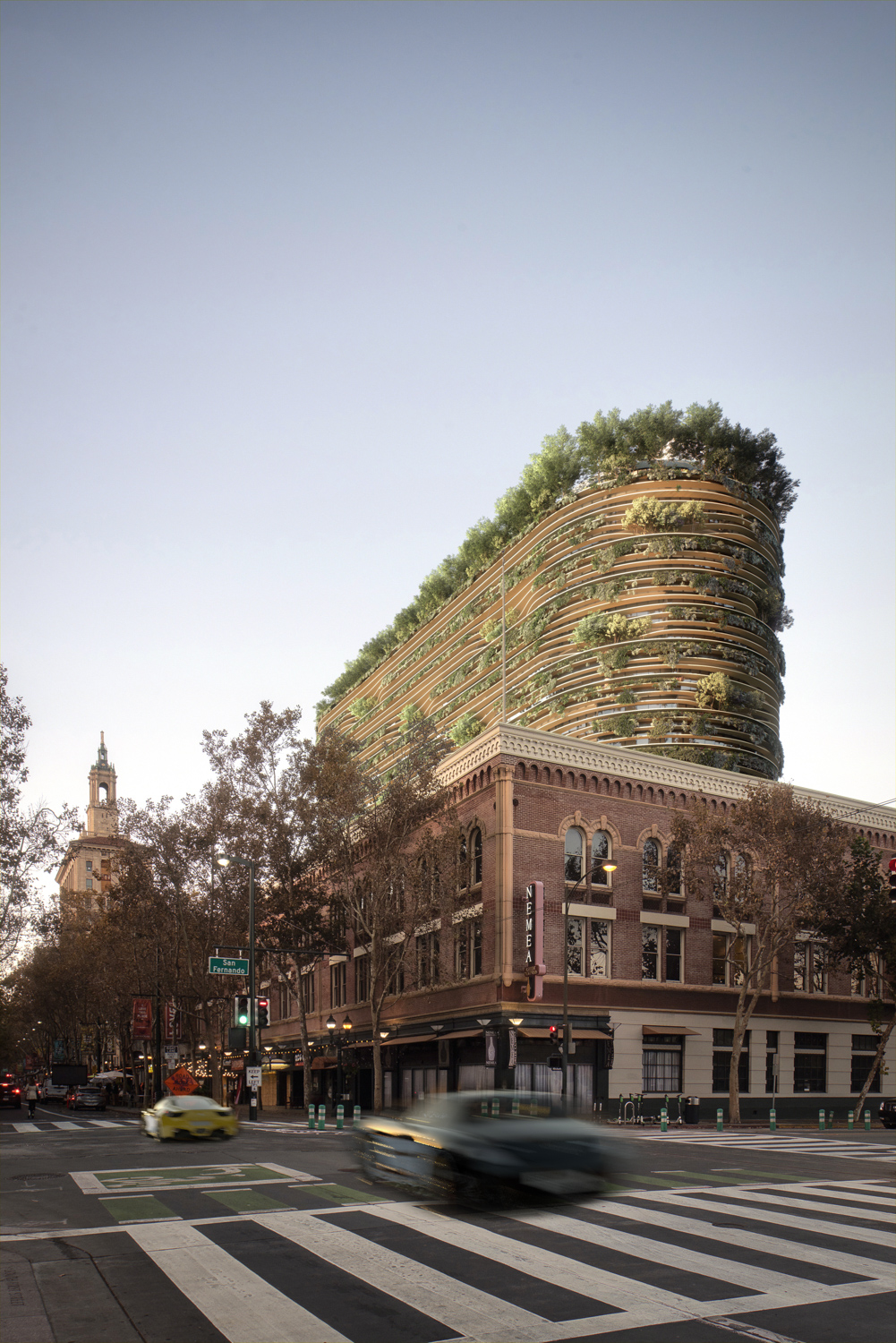 The Energy Hub at 35 South 2nd Street, rendering by Hayes Davidson and Westbank

255 West Julian Street will yield roughly 512,000 square feet of commercial area for office space and ground-level retail. Some of the retail space is expected to be occupied by one or more restaurants. The Masterplan for Westbank’s San Jose vision goes into detail about the proposed design, writing, “the form provides a mosaic of options… Conservation is legible and tangible-in the tactile wood structure, the filtering of sun and sound, and the access to plantings and terraces that connects us with nature.” The document also references the site’s prime location beside a State Freeway exit ramp, allowing Arbor to be a landmark at an entrance into Downtown San Jose.

Be the first to comment on "Westbank & Dillabough Buys Land Next to Proposed Arbor Offices, Downtown San Jose"