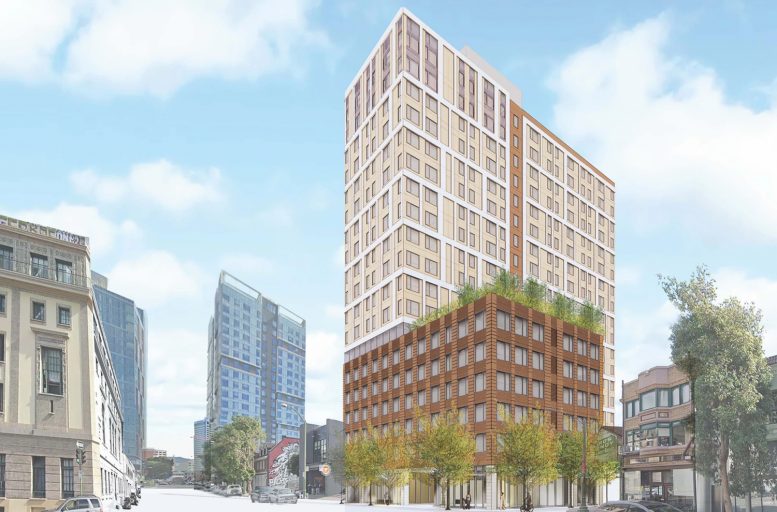 Demolition permits have been filed for the existing four-story building at 1510 Webster Street to make a new 19-story mixed-use high-rise. The application comes after the planning commission approved the 182-unit affordable housing proposal in March of this year. oWOW is responsible for the development and design, operating through 1510 Webster Street LLC. 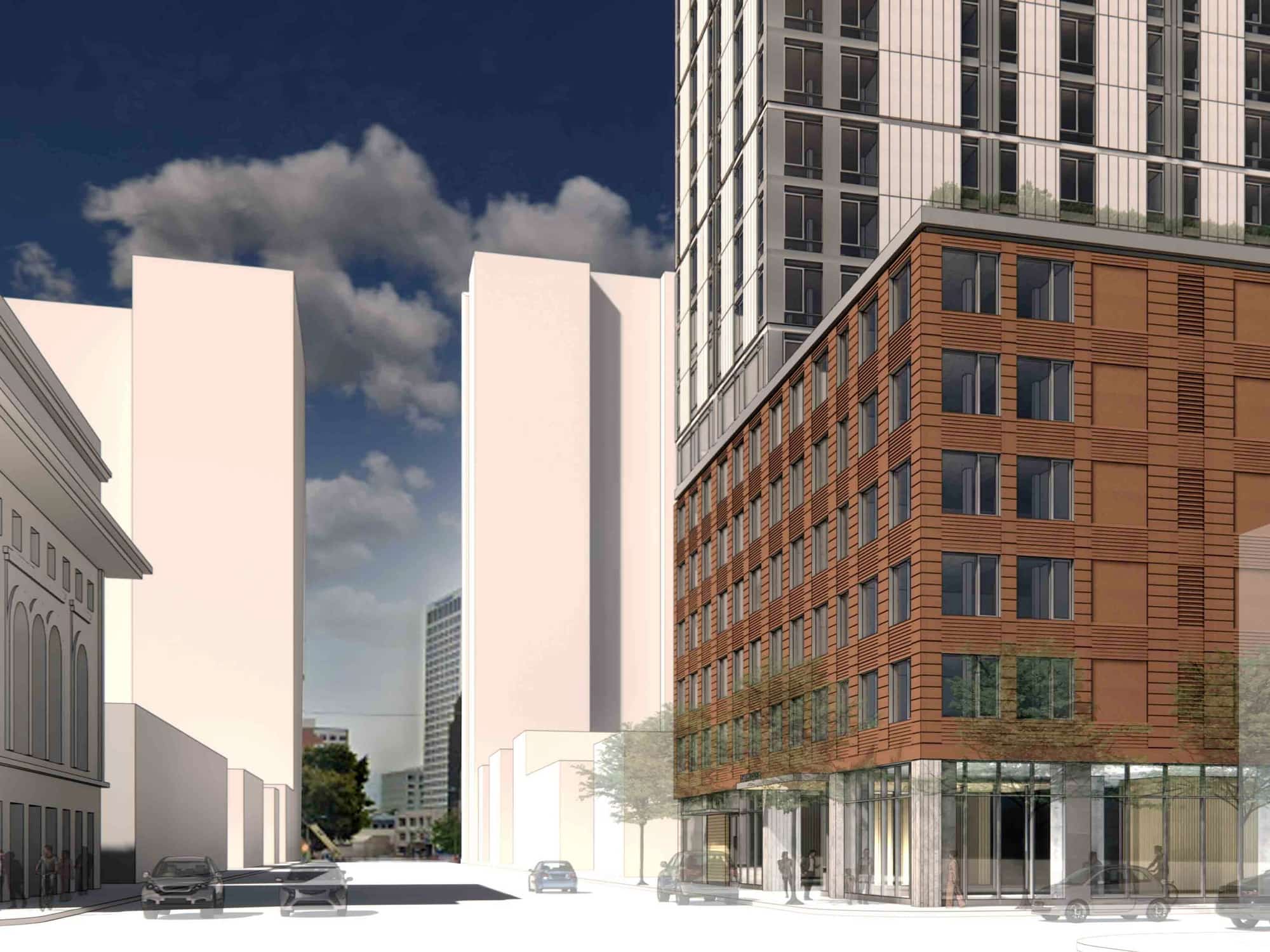 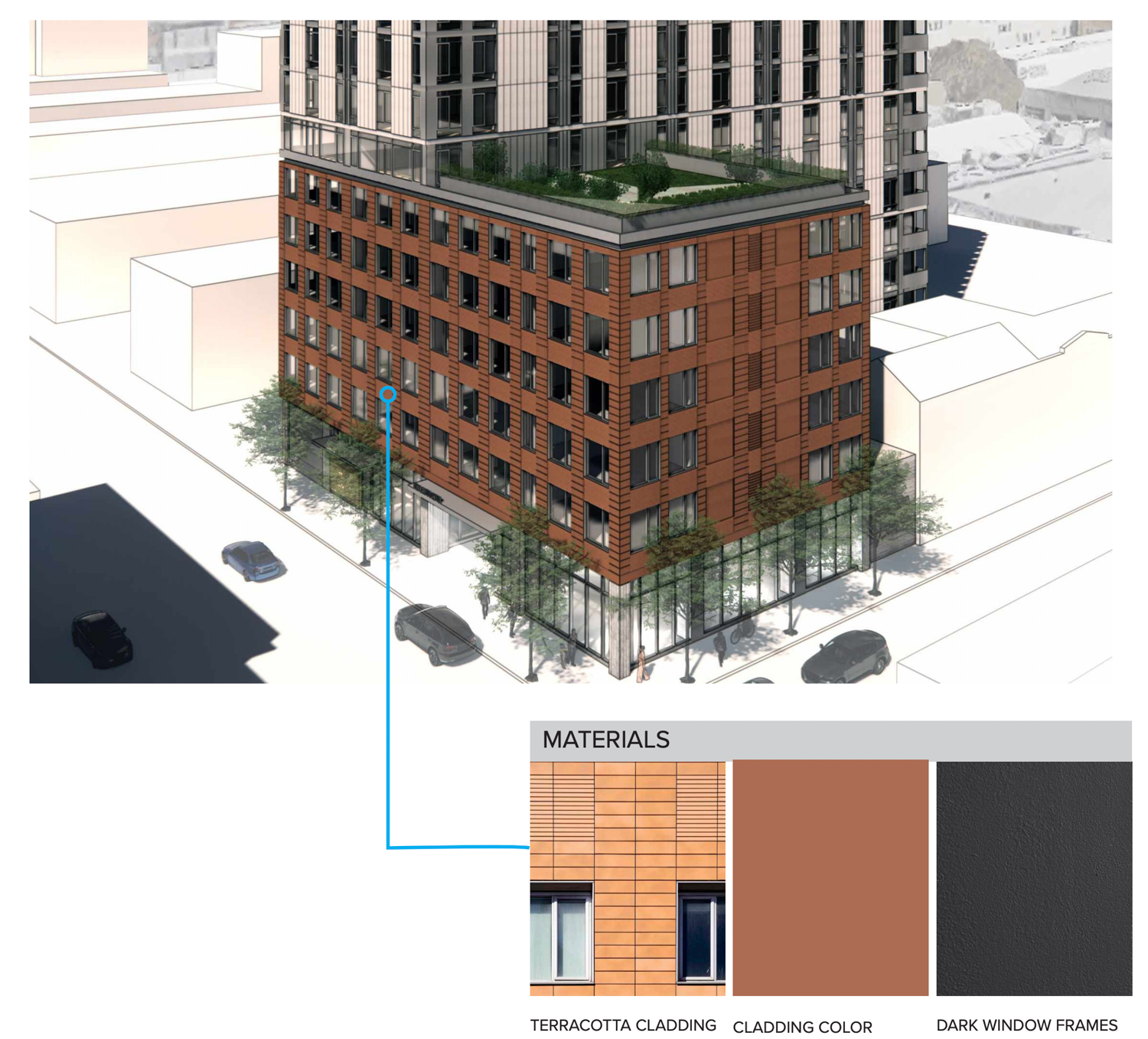 The design by oWOW is responsive to its immediate neighboring building, the YWCA Building, finished in 1915 with design by the prominent California architect Julia Morgan. The podium for 1510 Webster Street will be clad with earth tone terracotta or precast material and rises to a 65-foot datum to mirror the height of the YWCA. 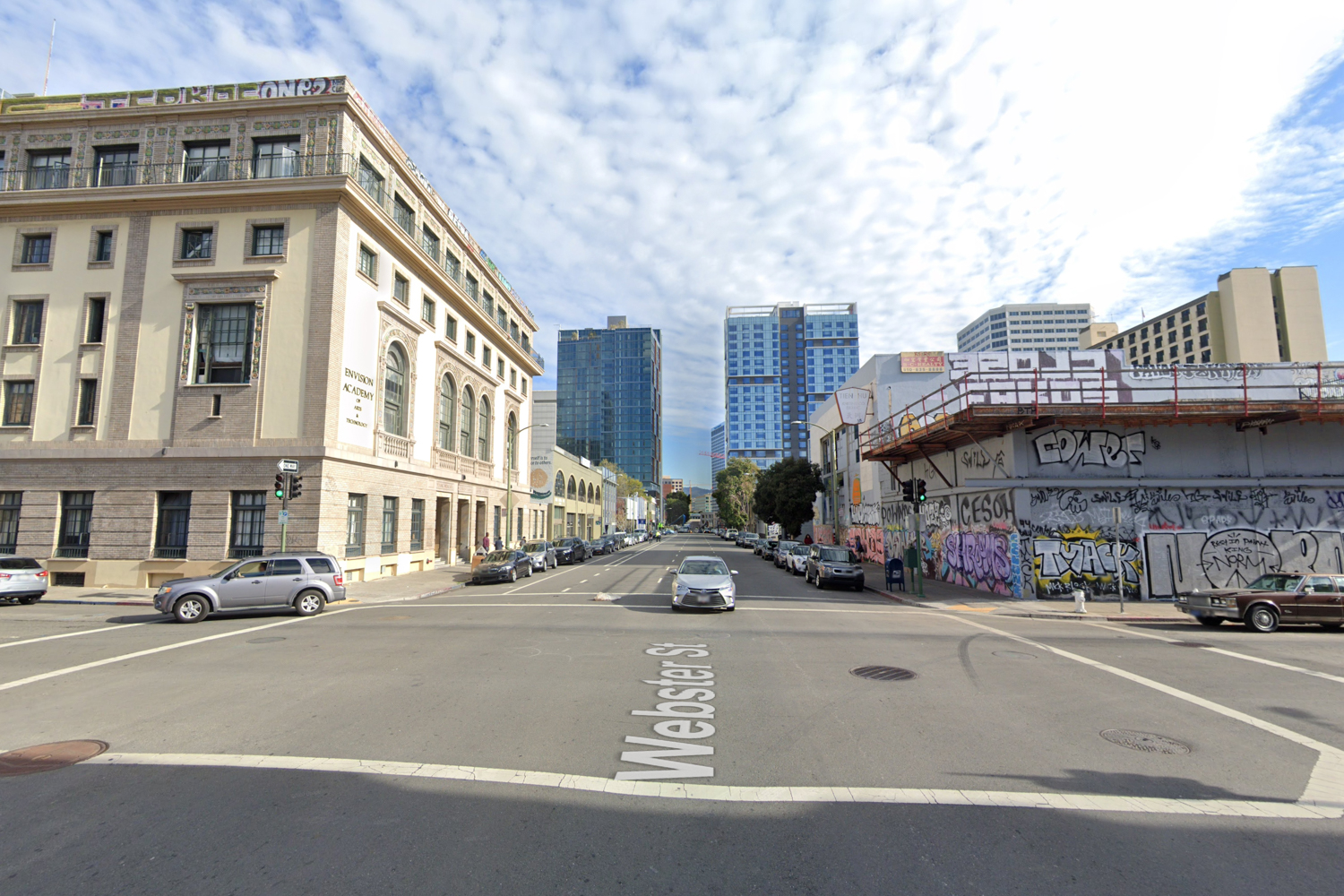 The YWCA on the left side with 1510 Webster Street on the right side of the image, courtesy Google Street View

The project site is located at opposite corners of downtown Oakland’s 15th and Webster streets. The building neighbors many retail and commercial stores, restaurants, and businesses. The area is well-serviced by AC Transit bus lines 12, 14,29, 33, and 62.

A construction timeline has not yet been shared.