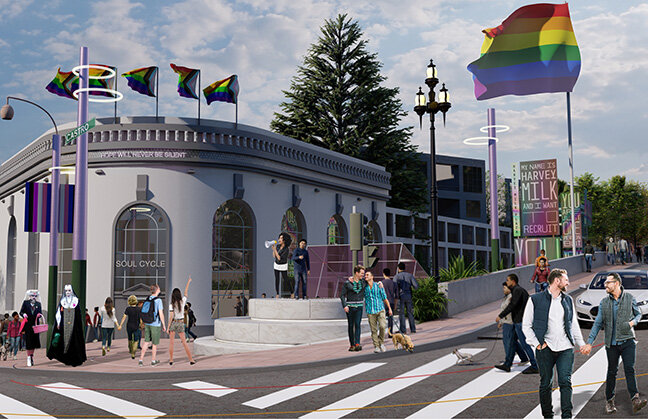 SWA Group is responsible for the design concepts.

The memorial will be designed at Harvey Milk Plaza, which is located at the intersection of Castro Street and Market Street. Designed by Reid & Tarics Associates, Harvey Milk Plaza has functioned as an entrance to the Castro Muni Station. 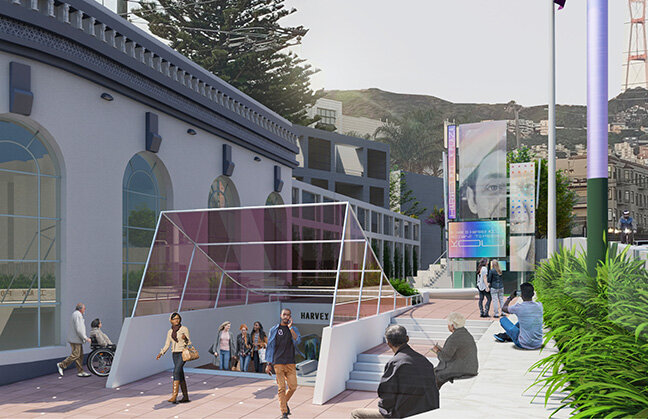 The redesigned site will welcome, represent, and celebrate all visitors as their authentic selves. The space aims to honor past activism, inclusivity and serve as a focal point for organizing ongoing engagement around social justice issues. Since 1997, the plaza has also been home to the Castro’s landmark flagpole, flying a visible version of Gilbert Baker’s iconic rainbow flag.

The 17,000 square-foot design aims to transform what previously served only as a transit station entrance into a space that promotes visibility for all marginalized people. The conceptual designs use three core elements: the Pedestal, the Beacon, and the Grove. The Pedestal will narrate some of Harvey’s final words: All I ask is for the movement to continue. The Beacon will serve as a digital monument that will display historic photographs. It will also narrate the history of the Castro, queer culture, and the struggles and victories of the movement. 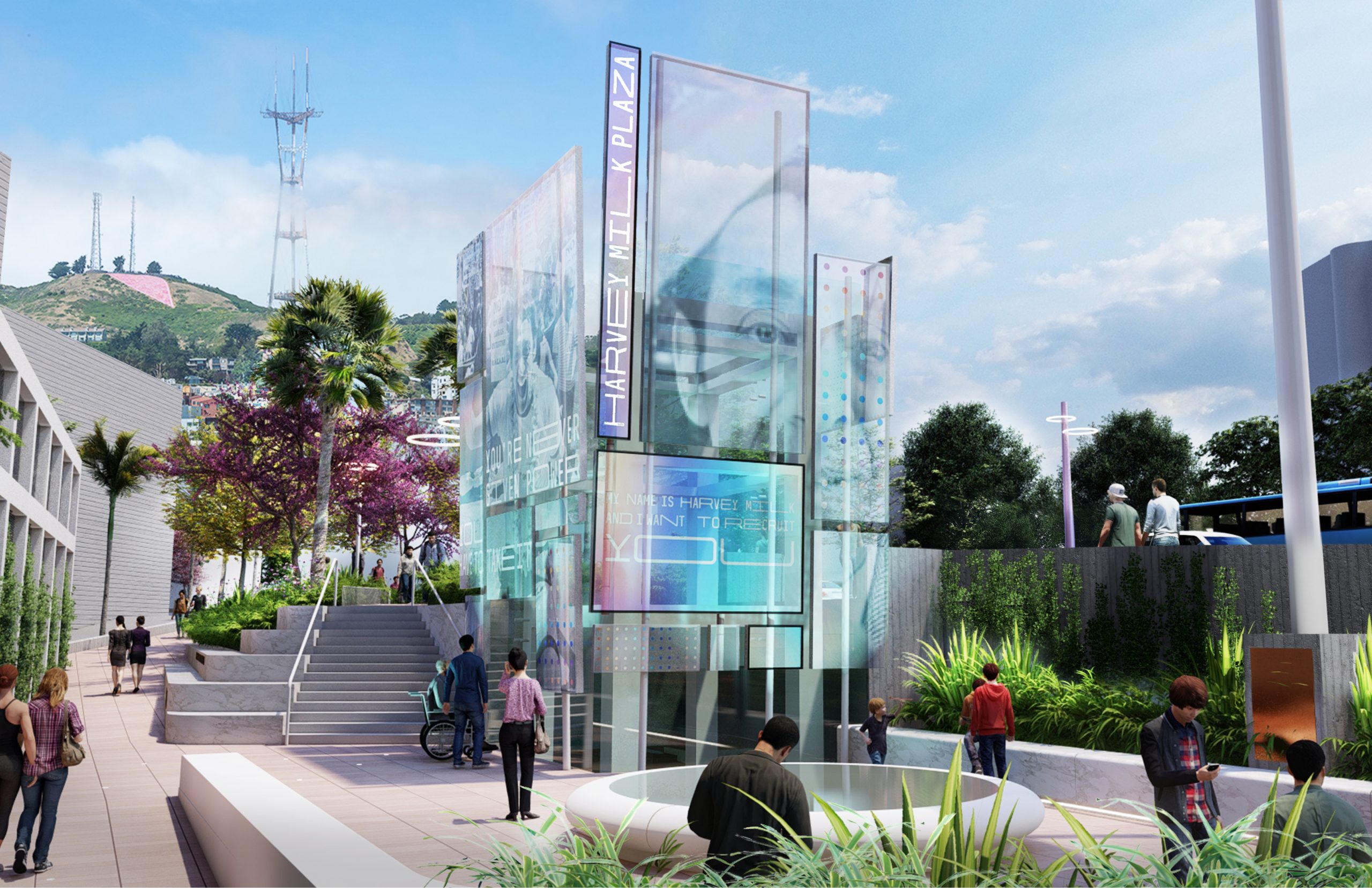 The Grove, a green memorial on the western edge of the site, will comprise eleven Ginkgo trees representing different locations Harvey lived throughout his life. It also honors the diversity of the people of San Francisco.

The new proposal is under review and will go through panel discussions under the City Planning Commission. Once approved, the promenade will be seen with this new addition by September 2024.