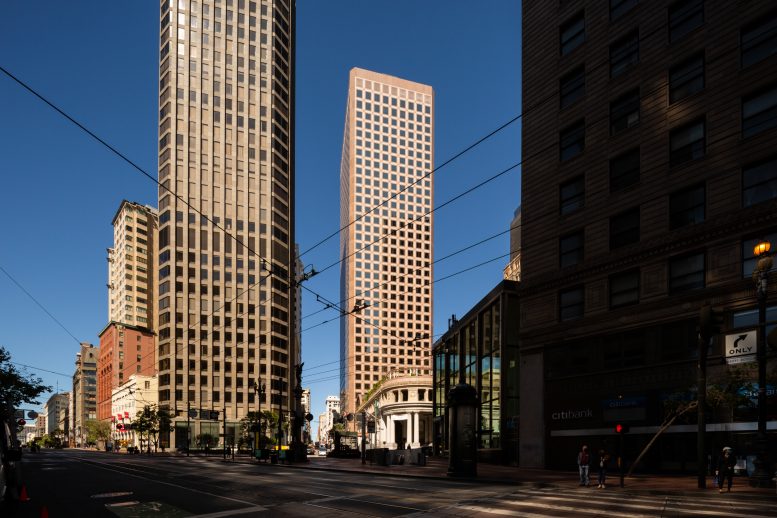 The 30th tallest tower planned or built in the Bay Area is One Montgomery Tower at 120 Kearny Street in San Francisco’s Financial District. The 500-foot office building was erected in 1982, adding 801,720 square feet of new floor area to the downtown. Cushman and Wakefield, the prominent global commercial real estate services firm, is managing the office space. 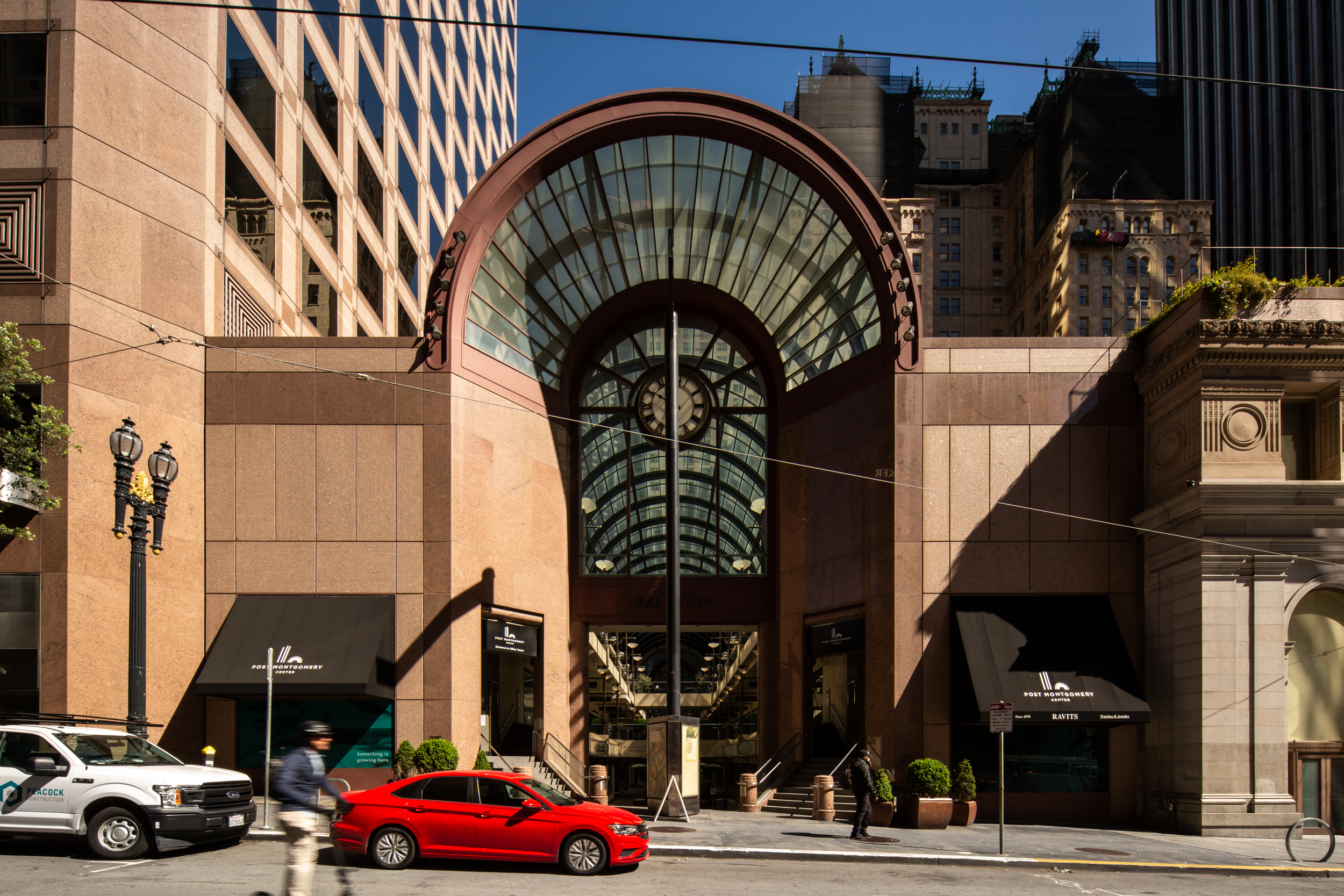 Crocker Galleria, connected to One Montgomery Tower and part of the Post Montgomery Center, image by Andrew Campbell Nelson 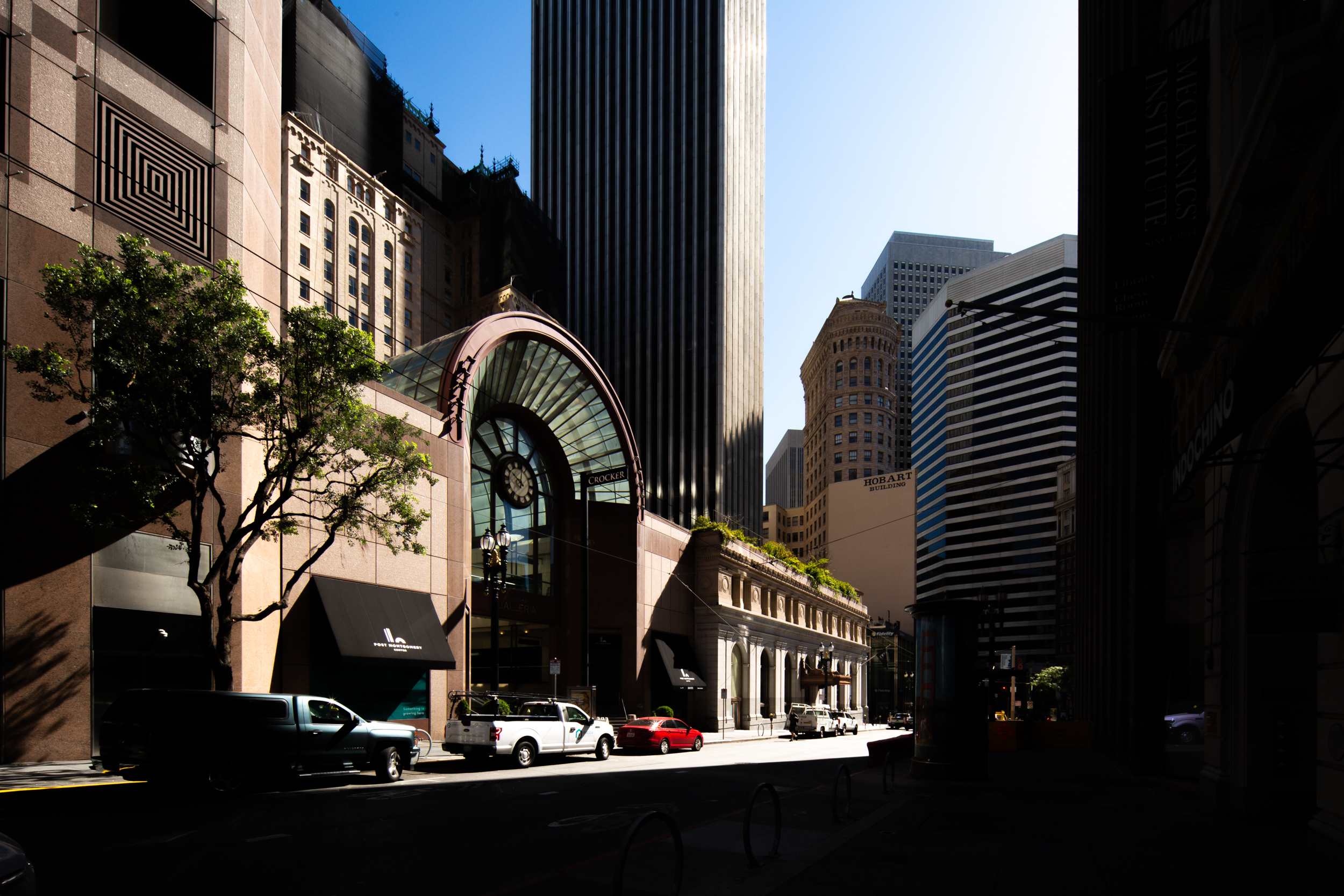 Crocker Galleria, connected to One Montgomery Tower and part of the Post Montgomery Center, image by Andrew Campbell Nelson

The One Montgomery Tower is part of a Post Montgomery Center. The development connects the office tower with the Crocker Galleria retail complex, hosting dozens of small retail shops. 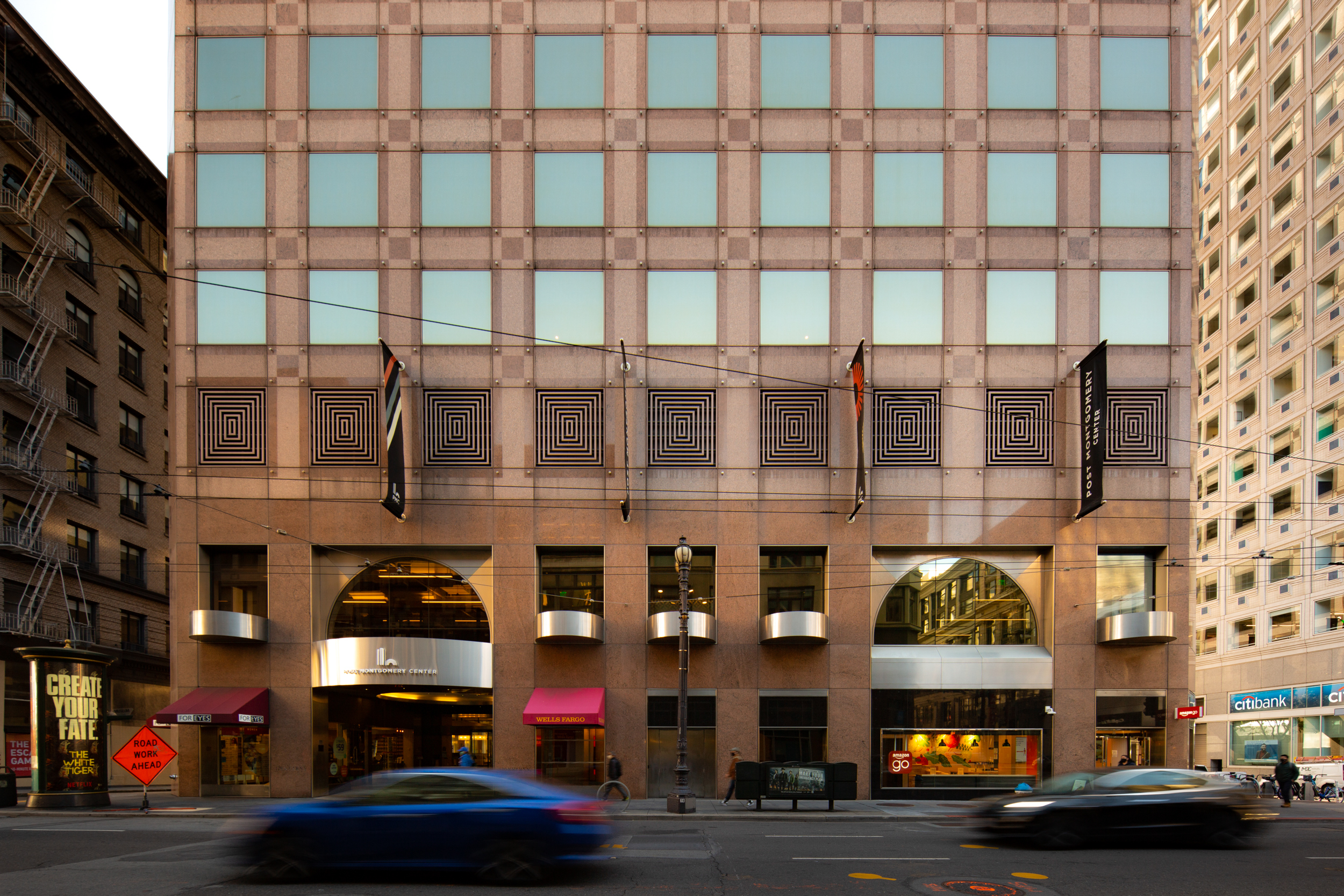 Skidmore, Owings, & Merrill the building architect. The modernist aesthetic is two-dimensional, with two light tones of red granite rising from the ground to the rooftop while framing black tempered glass squares. The cartesian facade is framed by larger red granite panels, extending up all four corners and around the parapet. 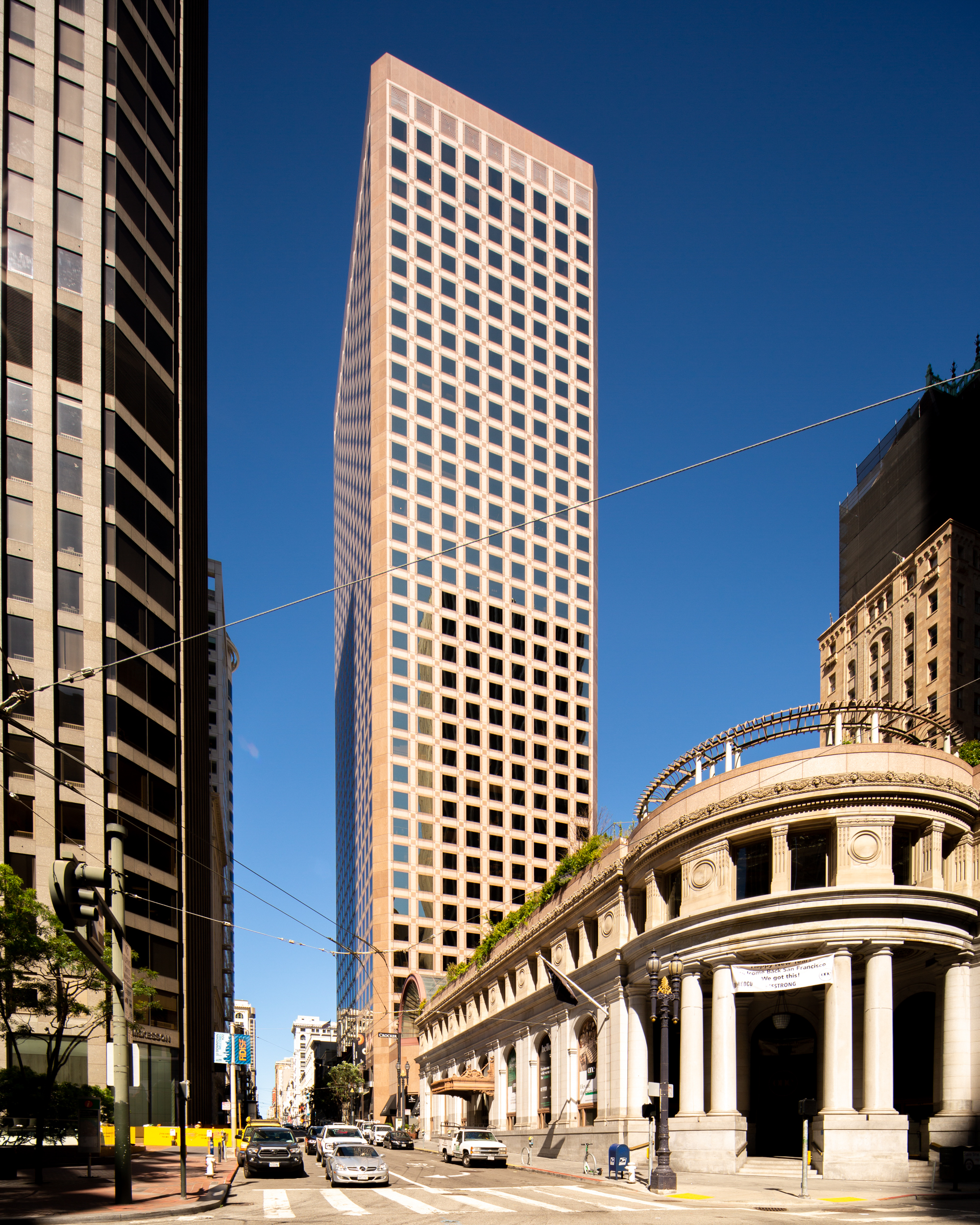 Permits were first filed in 1979 with an estimated construction cost of $68 million. The steel-frame construction includes 22 lifts/elevators throughout. Federal records show the building is owned by Prudential through PGIM Real Estate and PR Post Montgomery LLC. The building was also known as the Telesis Tower. 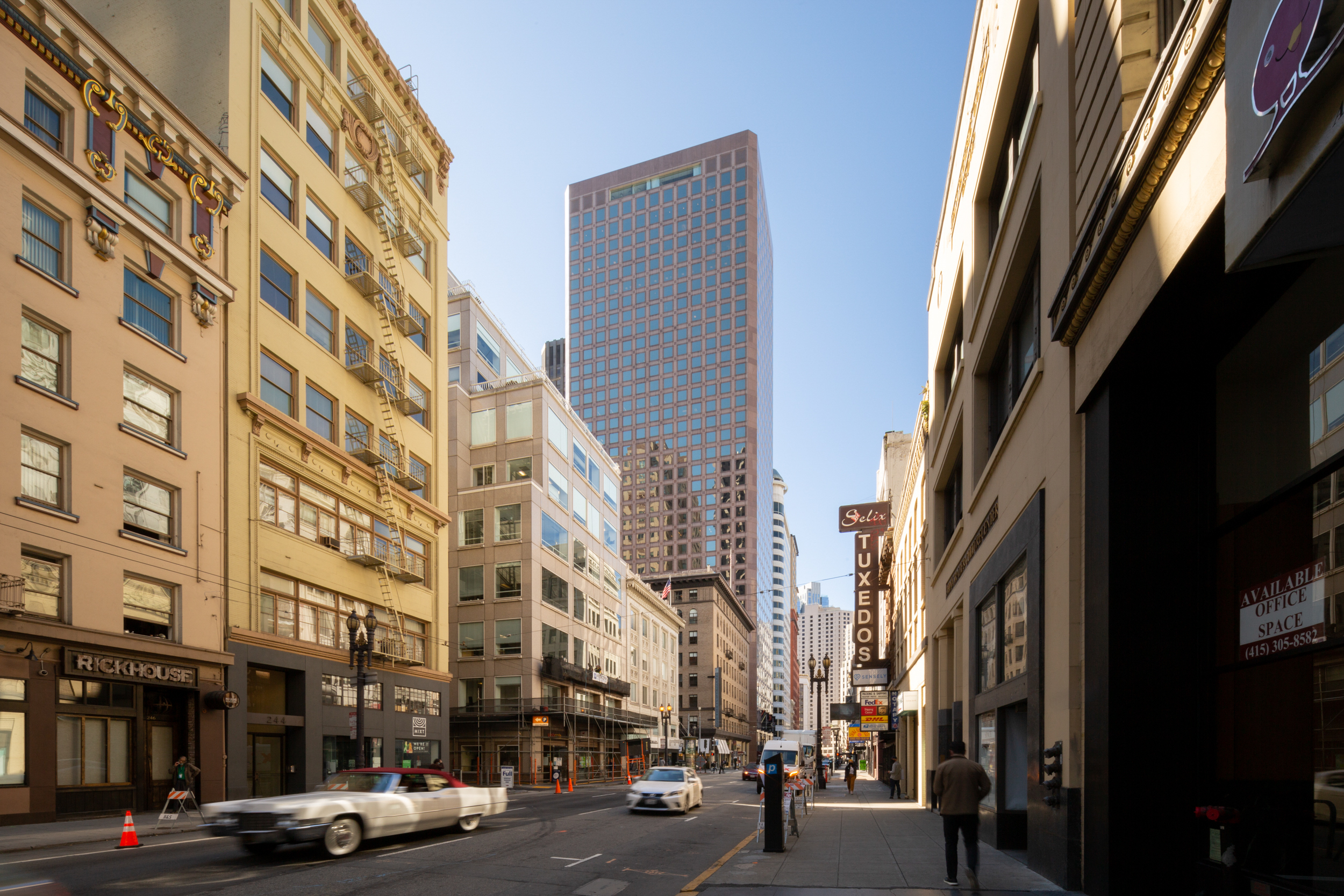 Be the first to comment on "Number 30: One Montgomery Tower at 120 Kearny Street, Financial District, San Francisco"