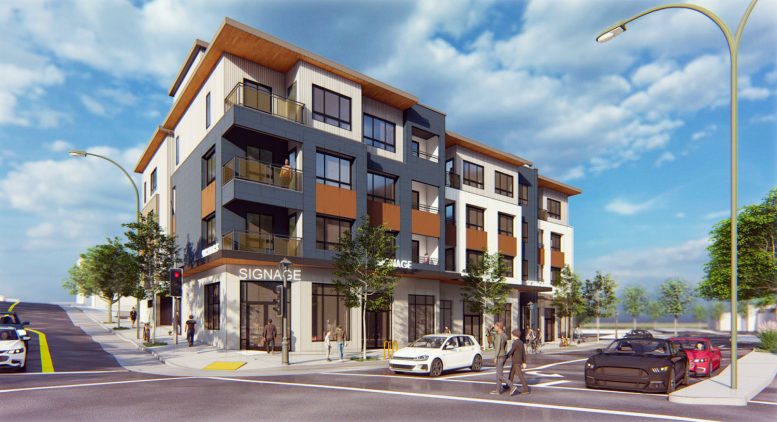 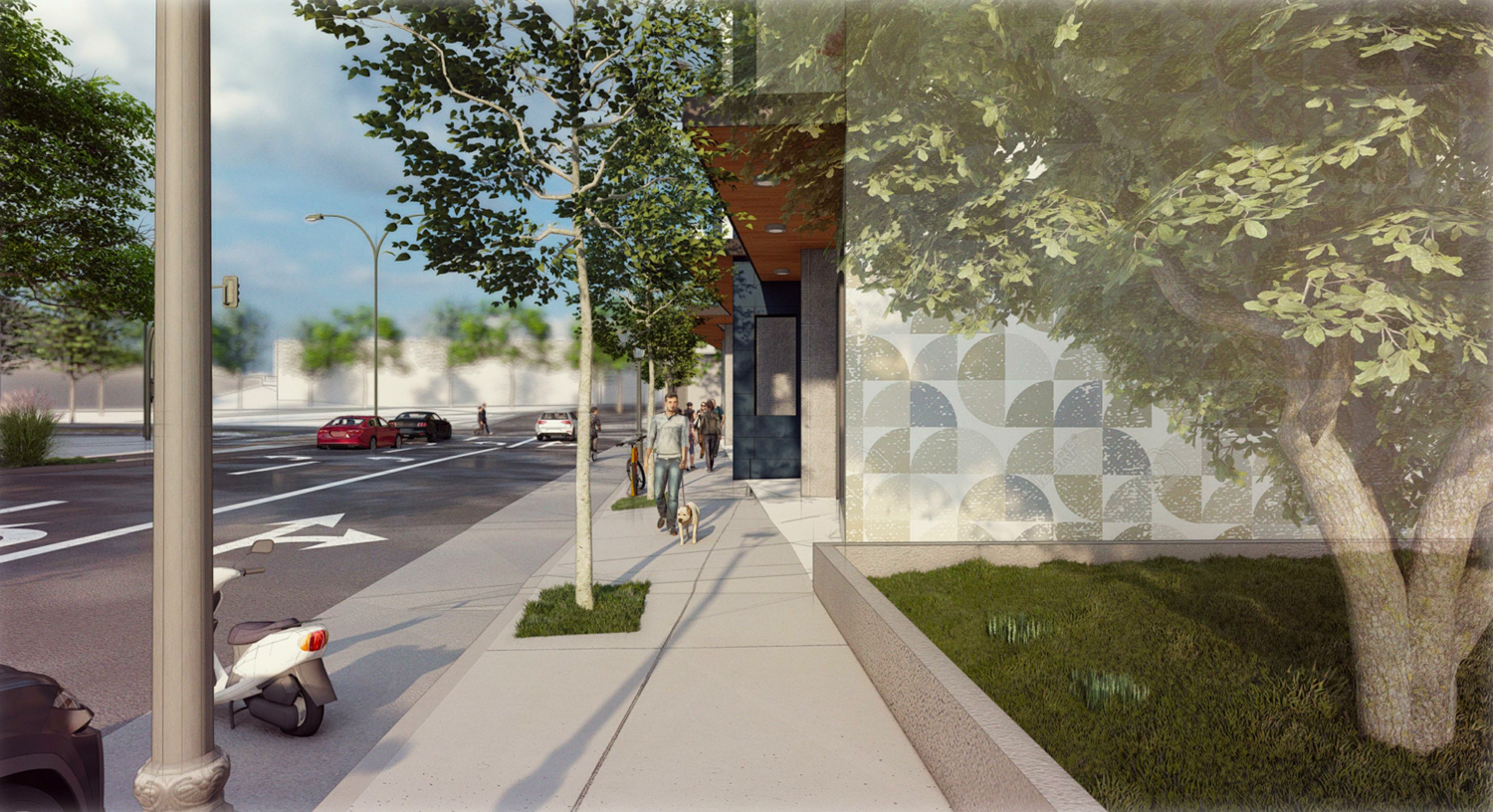 The 60-foot tall structure will yield 31,810 square feet, of which 22,400 square feet will be residential, over two thousand square feet of ground-level retail, and over five thousand square feet of parking for 28 vehicles. Parking will also be included for 13 bicycles. The three units will be priced for low-income residents, earning between half and 80% of the Area Median Income. By including affordable housing, the project benefits from the state density bonus, allowing for the development of five additional units. 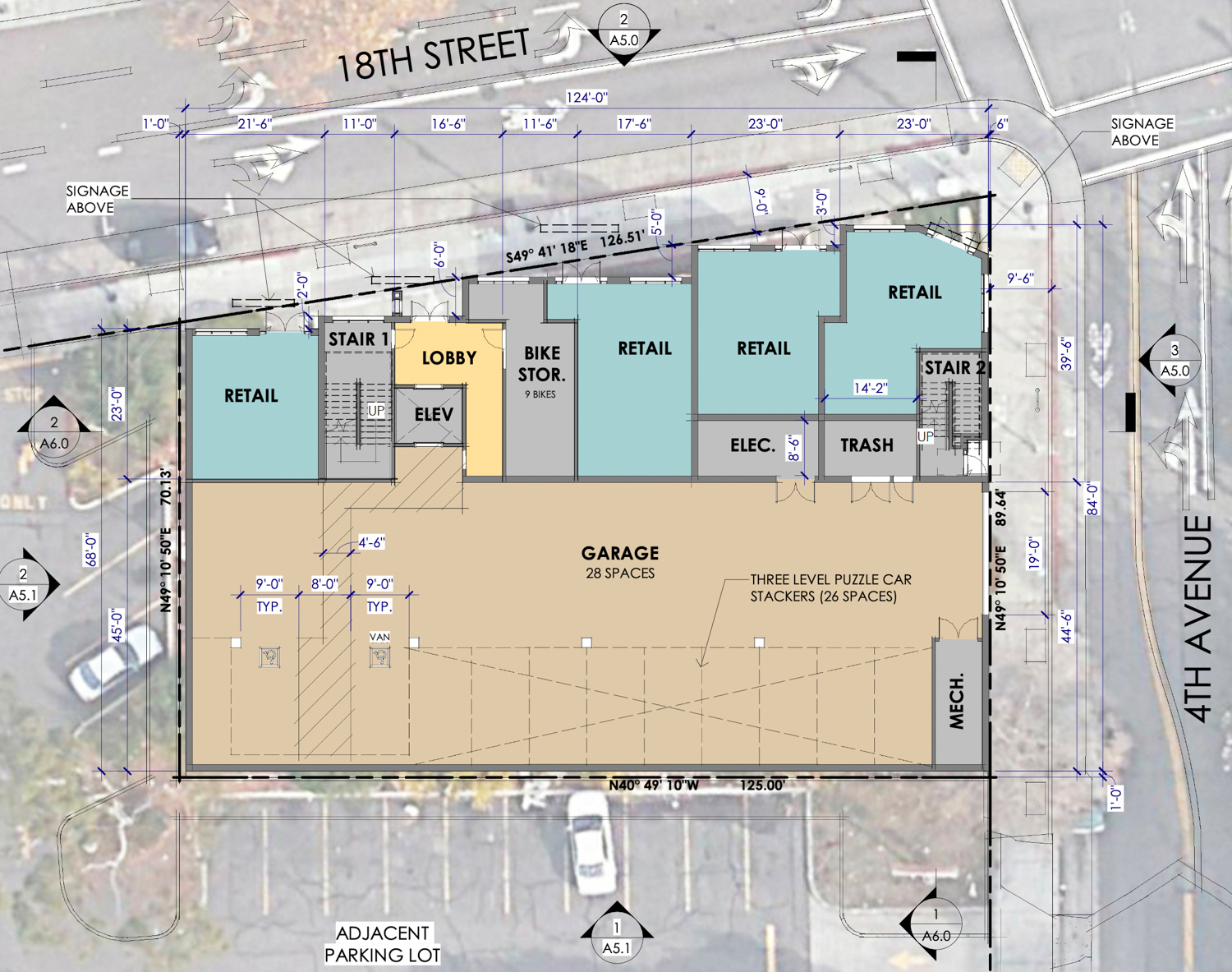 The design by Arris Studio Architects embraces the setback as an agent for facade variation, with materials like stucco, fiber cement panels, and corrugated metal having been chosen based on their past success in urban projects. The project will include a mural to be complete by a local artist and a landscaped rooftop terrace with views of the city. 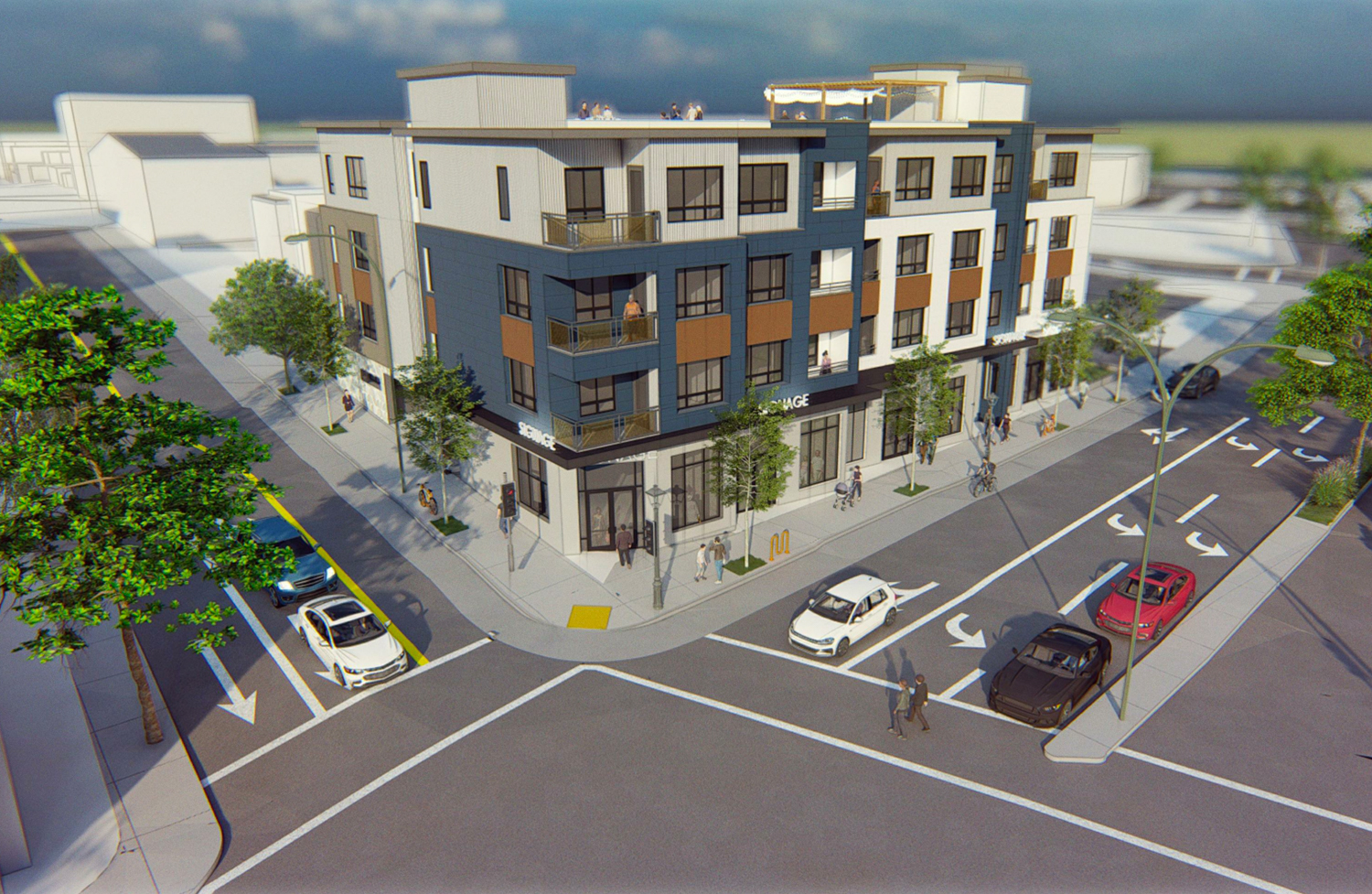 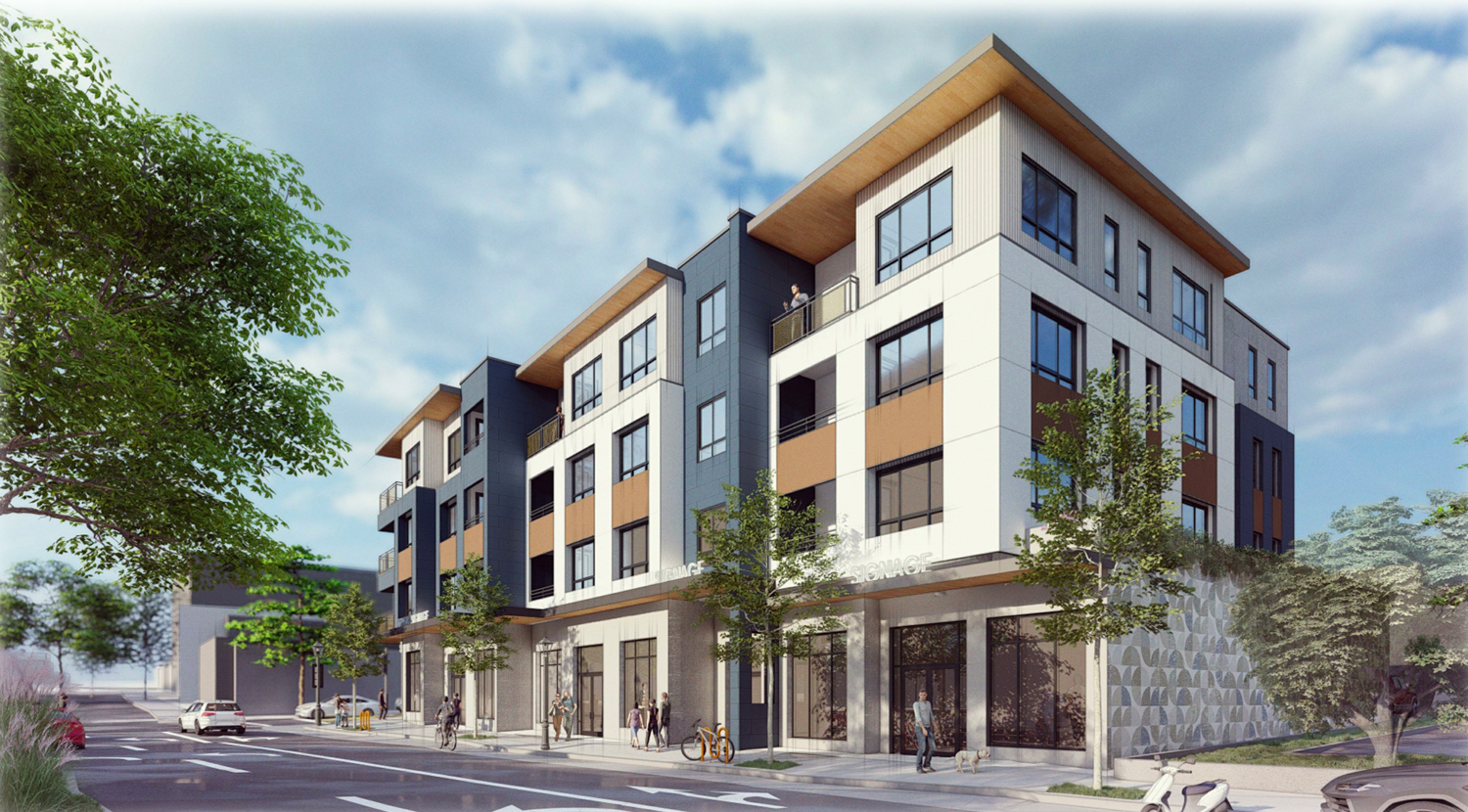 In the project design review application, Arris Studio writes, “the project uses stepped foundations to follow the topography of the site and to maintain access to the building at various points along 18th Street and 4th Avenue. Public art in the form of murals is to be incorporated at the walls not fronting the street frontages that hide the parking structure.” 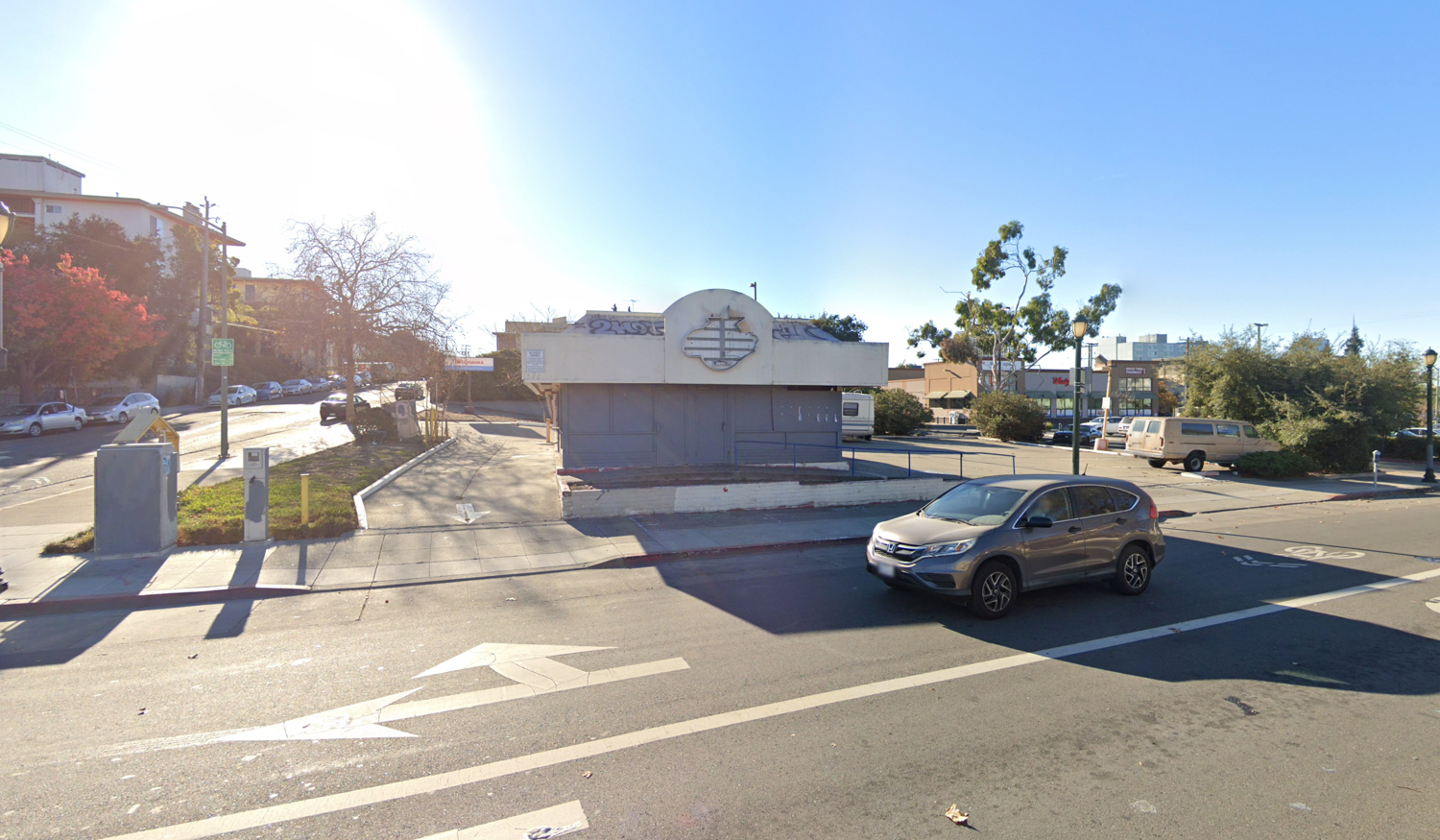 Construction will replace a vacant drive-through restaurant that has been abandoned for several years. El Cerrito-based Martin-Tran LLC is responsible for the development as the property owner.

Be the first to comment on "Renderings Revealed for 347 East 18th Street, Merritt, Oakland"