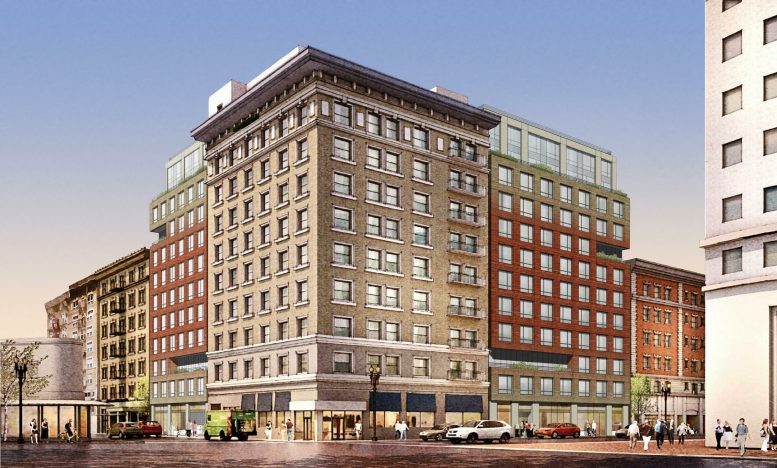 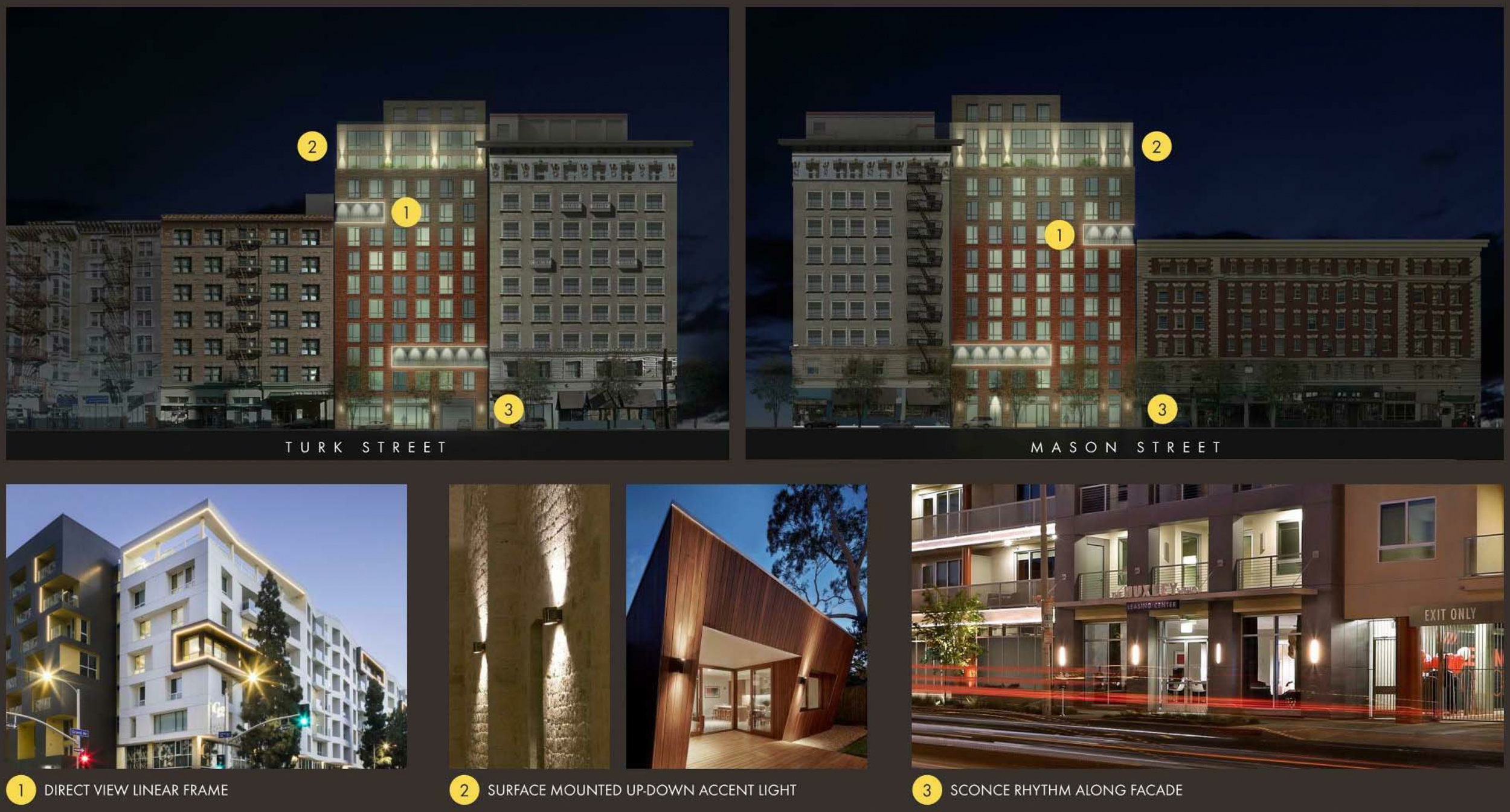 According to development plans submitted in 2018, the 150-foot tall building will yield 130,740 square feet with 105,850 square feet of residential space, 2,960 square feet of ground-level retail, and 8,500 square feet for an eight-car garage. The L-shaped building hugs an existing building at 2-14 Turk Street, with a design to aesthetically complement the 1911-built structure. 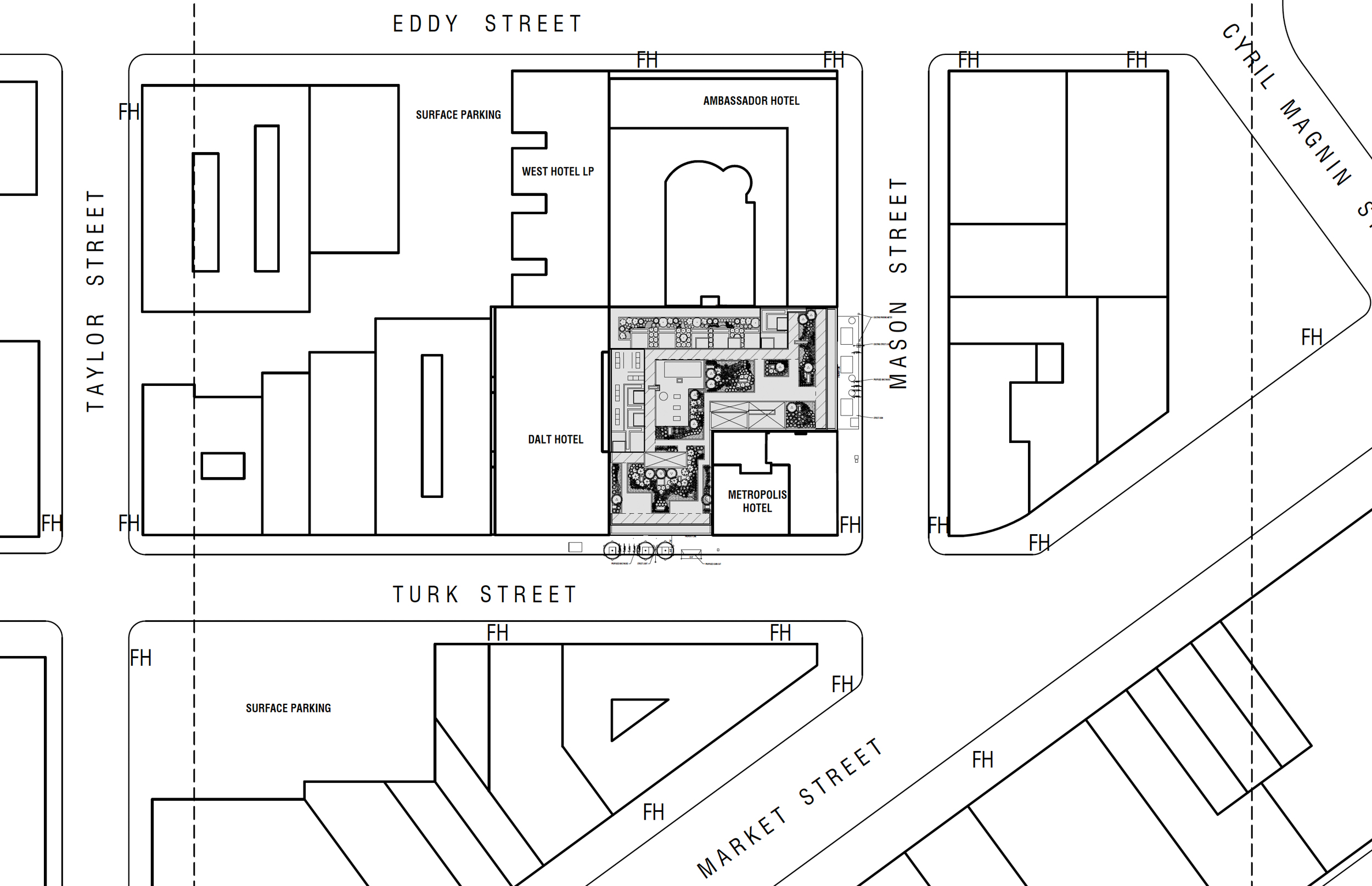 Parking will also be included for 128 bicycles. The 155 residences range in size, offering a mix of 43 studios, 77 one-bedrooms, and 35 two-bedroom units. 78 units will be provided private open spaces, while all residents will have access to the 6,100 square foot rooftop terrace with views across the city. 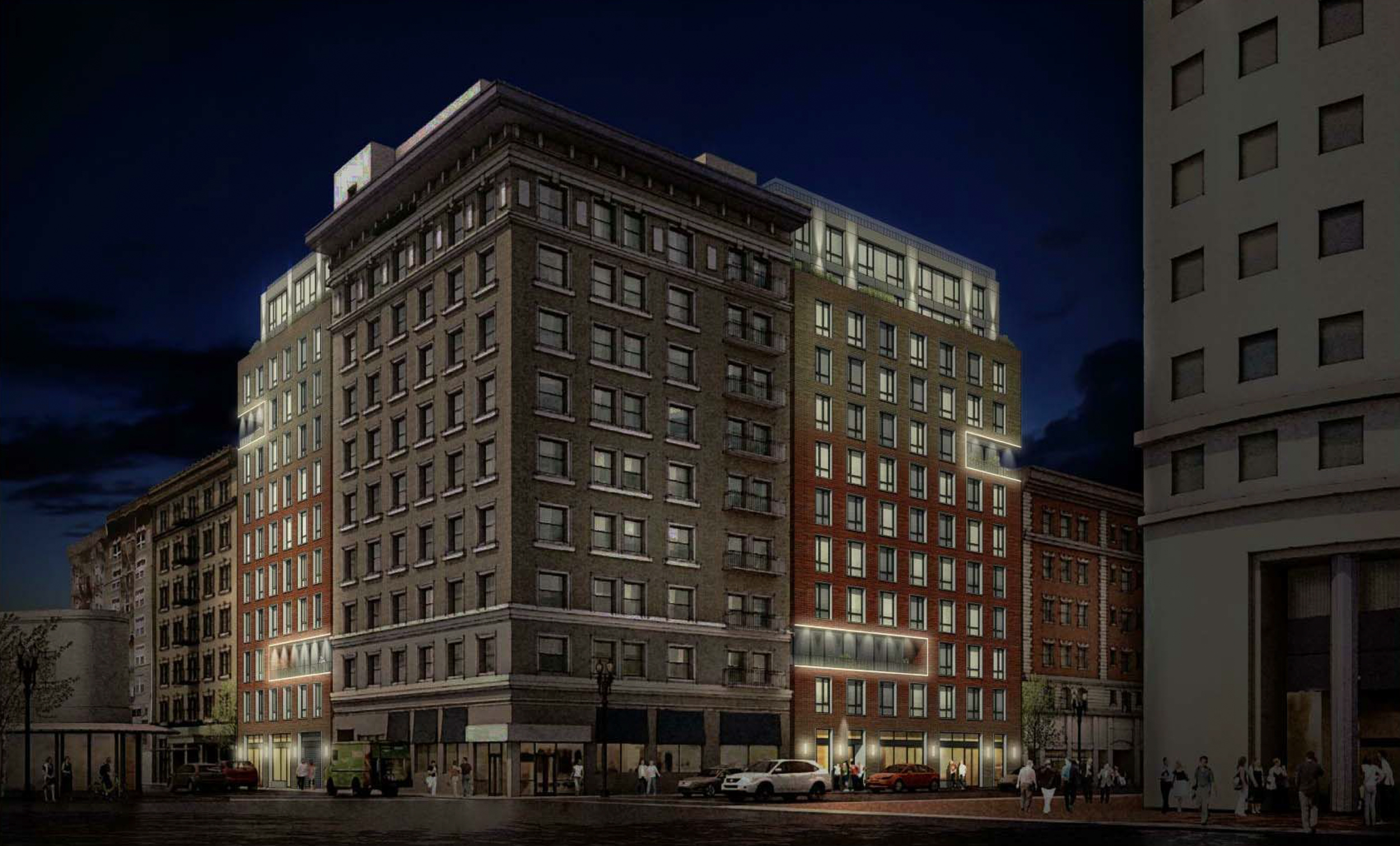 Arquitectonica is responsible for the design, a gradient brick facade between grey and brown-red for ten floors, with a setback obscuring two further floors. With these setbacks, the building will appear shorter than 2-14 Turk Street for the pedestrian. 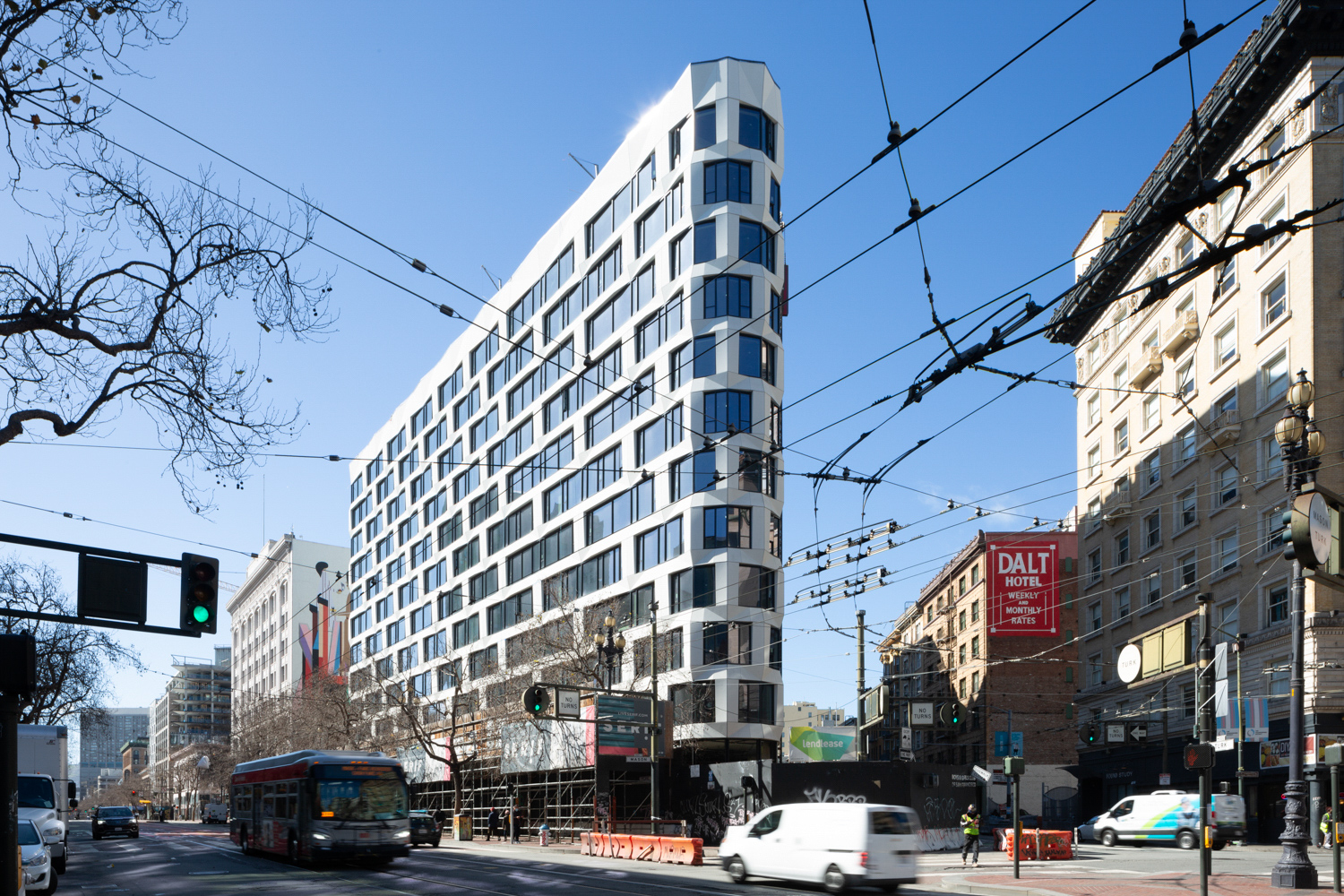 25 Mason Street is across from Serif, a hotel-apartments building at 950 Market Street, and the 6×6 mall at 945 Market Street, where IKEA is set to move in soon.

Construction is expected to cost $95 million. The property was purchased in 2010 for $2 million.

Be the first to comment on "Permits Reassert Plans for 25 Mason Street, Tenderloin, San Francisco"