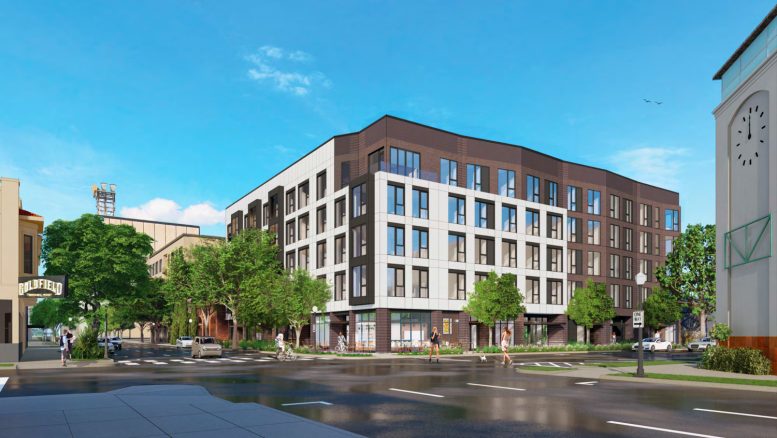 The 67-foot tall structure will yield 73,330 square feet, of which 54,870 square feet will become rentable residential space and 3,700 square feet will be ground-floor retail. On-site parking will be included for 13 vehicles and 54 bicycles divided between bicycle lobbies on each floor. The construction will be a Type IIIA wood frame with steel framing at level one. 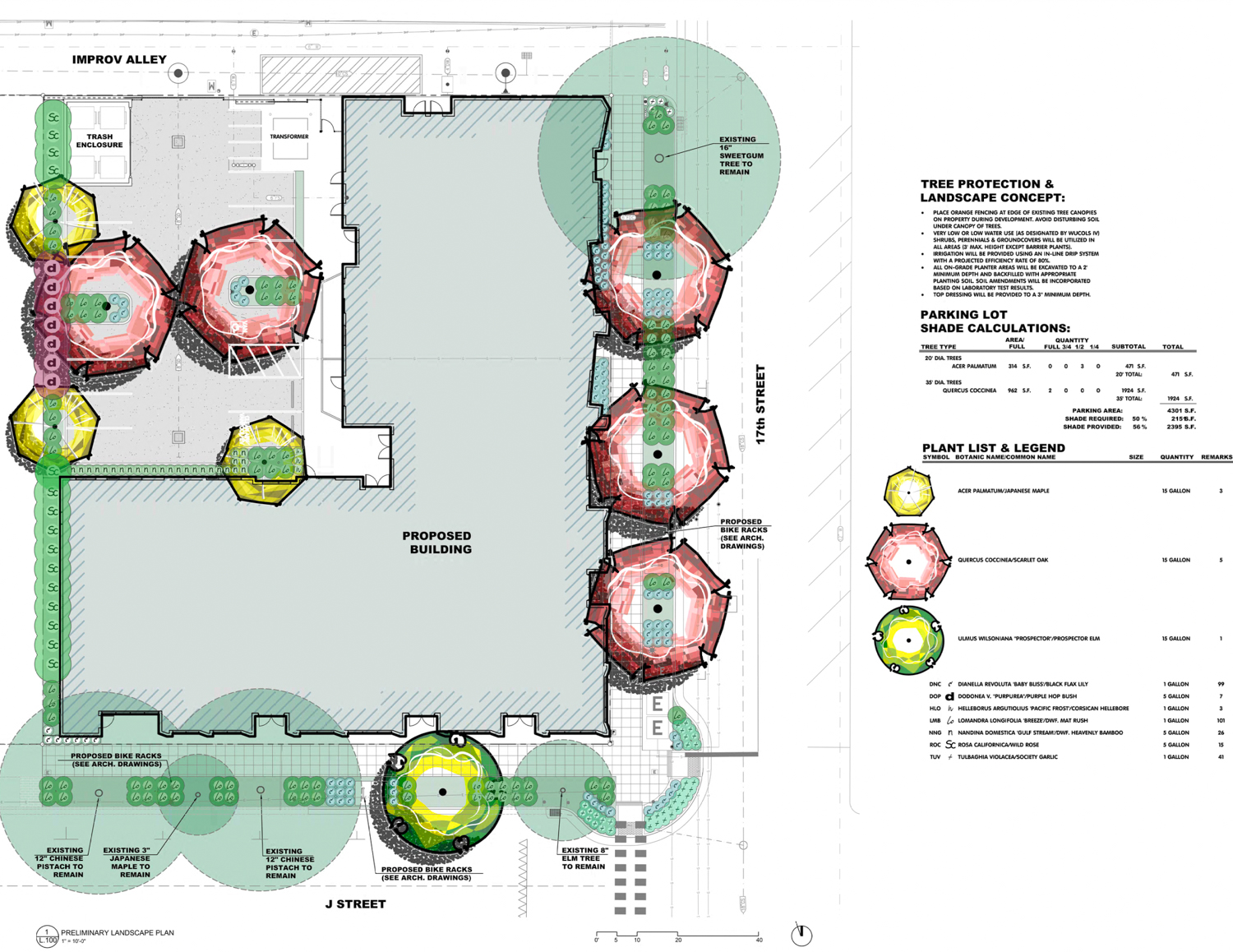 Of the 74 units, there will be 13 studios, 43 one-bedrooms, 15 two-bedrooms, and three three-bedroom units. Amenities will include a rooftop terrace and a spacious lobby connecting the pet spa and fitness center.

C2K Architects and Garth Ruffner Landscape Architect are responsible for the design. The articulated facade will offer aesthetic variation through material choices. The face will transition between three patterns with textured or thin bricks, dark metal panels, and white fiber cement reveal panels. 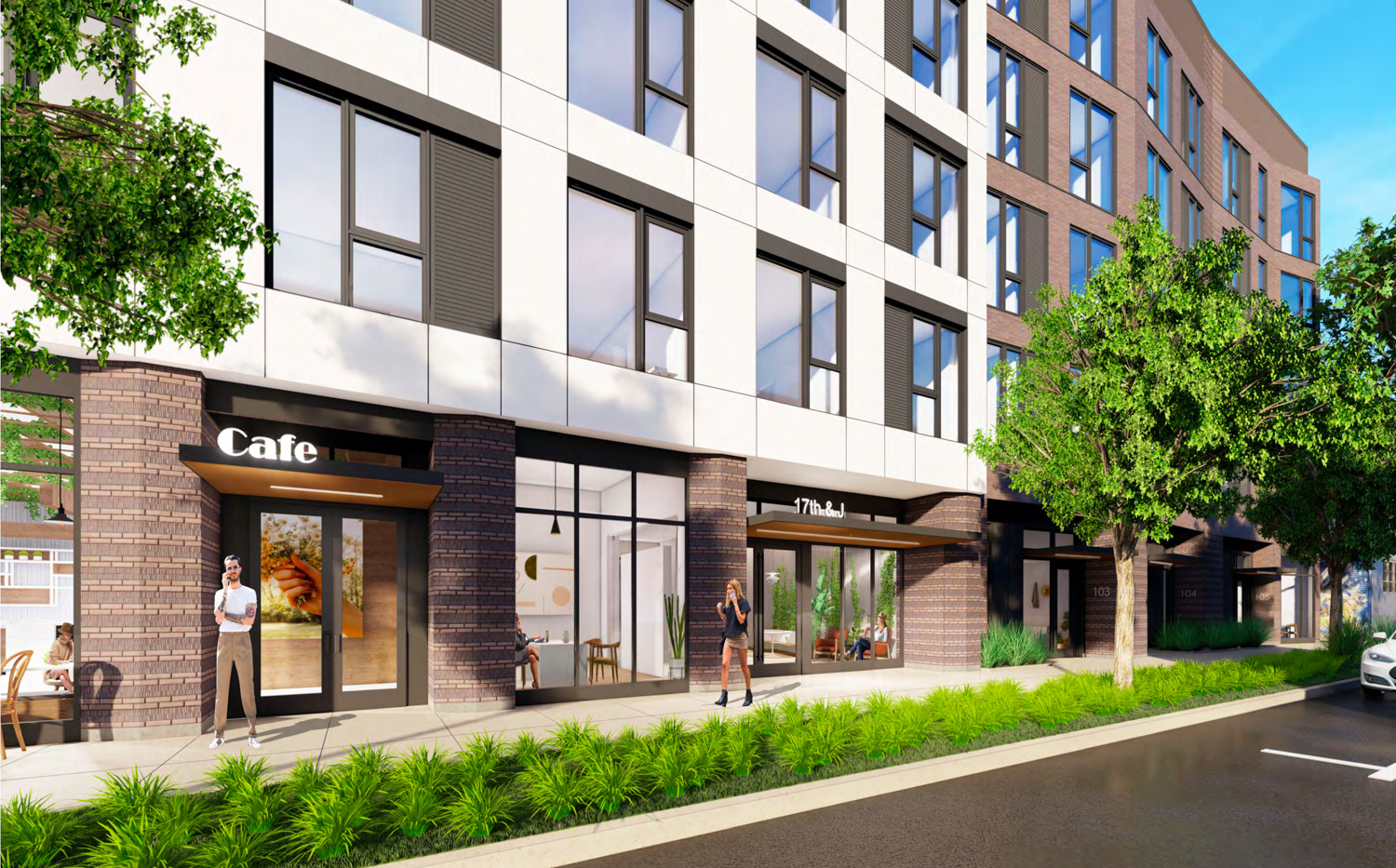 1617 J Street lobby view with closeup of the facade, rendering by C2K Architecture

The project architects shared the following in the design concept narrative, writing, “ Bay windows, rectilinear forms and a retail base create the ‘traditional’ frontage of the design along J street and reflect a modernized version of existing mixed-use, multi-family buildings. The residential portion of the building ‘breaks free’ from this shell. It departs from the traditional approach in form, material and proportion and connects in a new way to the residential neighborhood of 17th street.”

The project site at 1617 J Street is within a Transit Priority Area, being within a half-mile of a major transit stop existing or planned. This provides the developers with certain CEQA exemptions that will help the project promote public transit in the city. Though technically by Midtown, the project is near the border with Downtown Sacramento, less than ten minutes from the State Capital Park by foot. 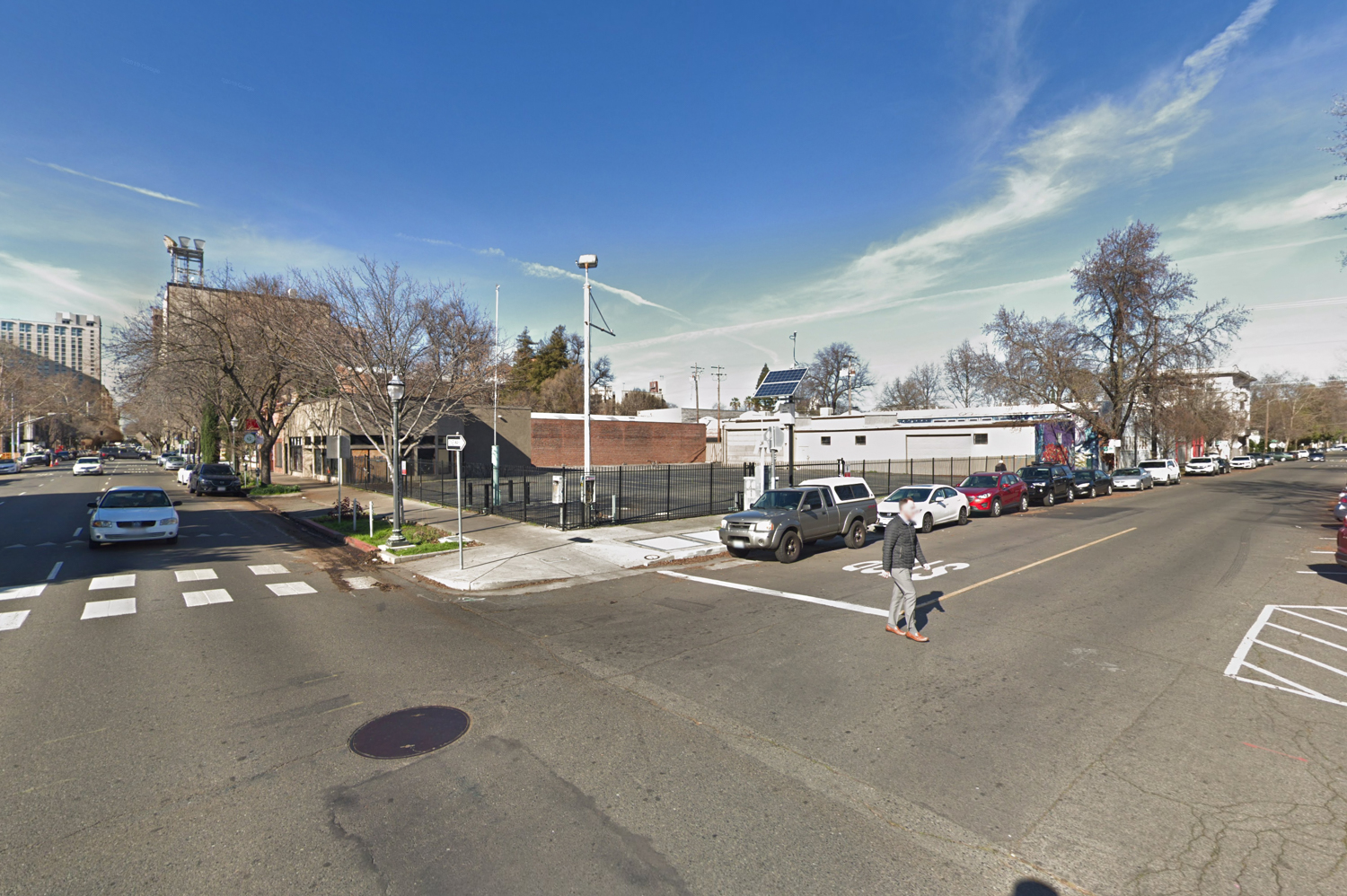 The construction timeline and expected cost of development have not yet been established.

Be the first to comment on "New Renderings Revealed for 1617 J Street, Midtown, Sacramento"