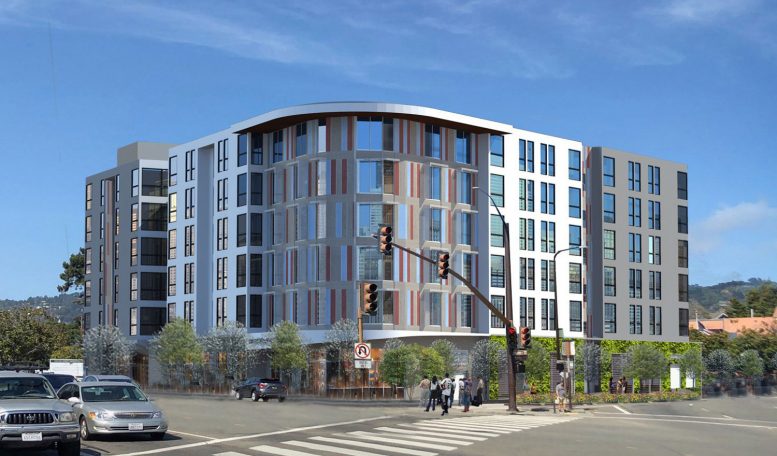 The building application has been filed for review for the six-story affordable housing proposal at 2001 Ashby Avenue in South Berkeley. The project is expecting to add 87 new units to the East Bay housing market, with twelve units reserved for formerly unhoused residents. RCD Housing is responsible for the development, which will be named Maudelle Miller Shirek Community Building in honor of the late activist, vice-mayor, and eight-term member of the city council.

The application follows the mid-June decision by the Berkeley City Council to provide $1.5 million of funding for pre-development. The financing comes from the City Council’s 2019 Measure O bond, which reserved $15.432 million to develop the Maudelle Miller Shirek Community building. 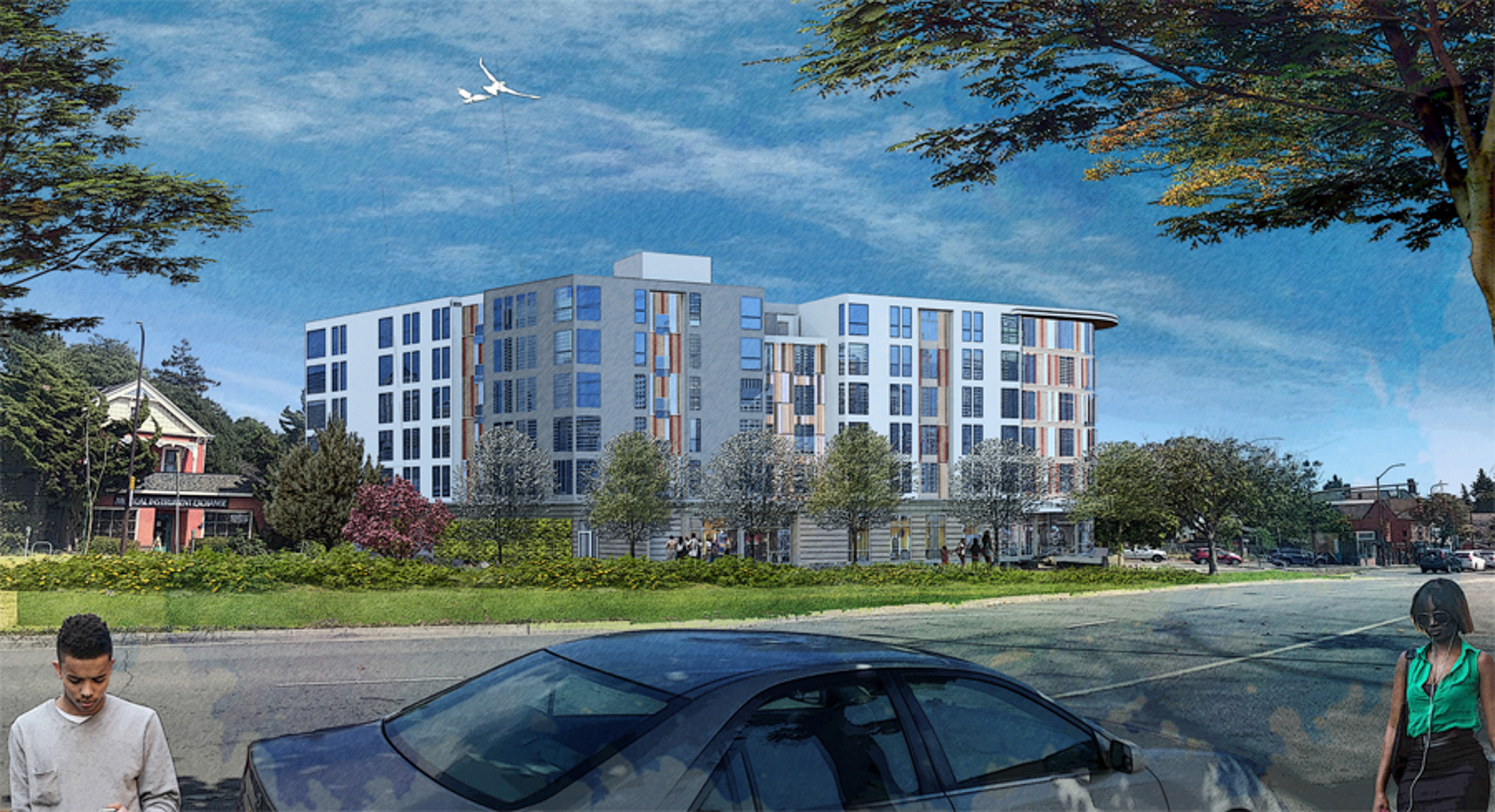 The six-story building will yield 103,420 square feet. The building will include a manager’s unit and 86 affordable rental units priced for residents earning between 20-80% of the Area Median Income. Twelve units are to be reserved for people experiencing homelessness. The structure will include amenity space, commercial retail, parking, and a landscaped courtyard.

MWA Architects is responsible for the design. The San Francisco-based architecture firm describes their design mission as focused on inclusivity, going on to say they aim to be “designing built environments that strengthen our communities, and consider the health and well-being of the planet.” The firm was founded in 1988 by Michael Willis, going on to do historic preservation work following the 1989 Loma Prieta earthquake, and serve as the architect of record with HOK for the design of the Giant’s 1997 Pacbell Park baseball stadium. 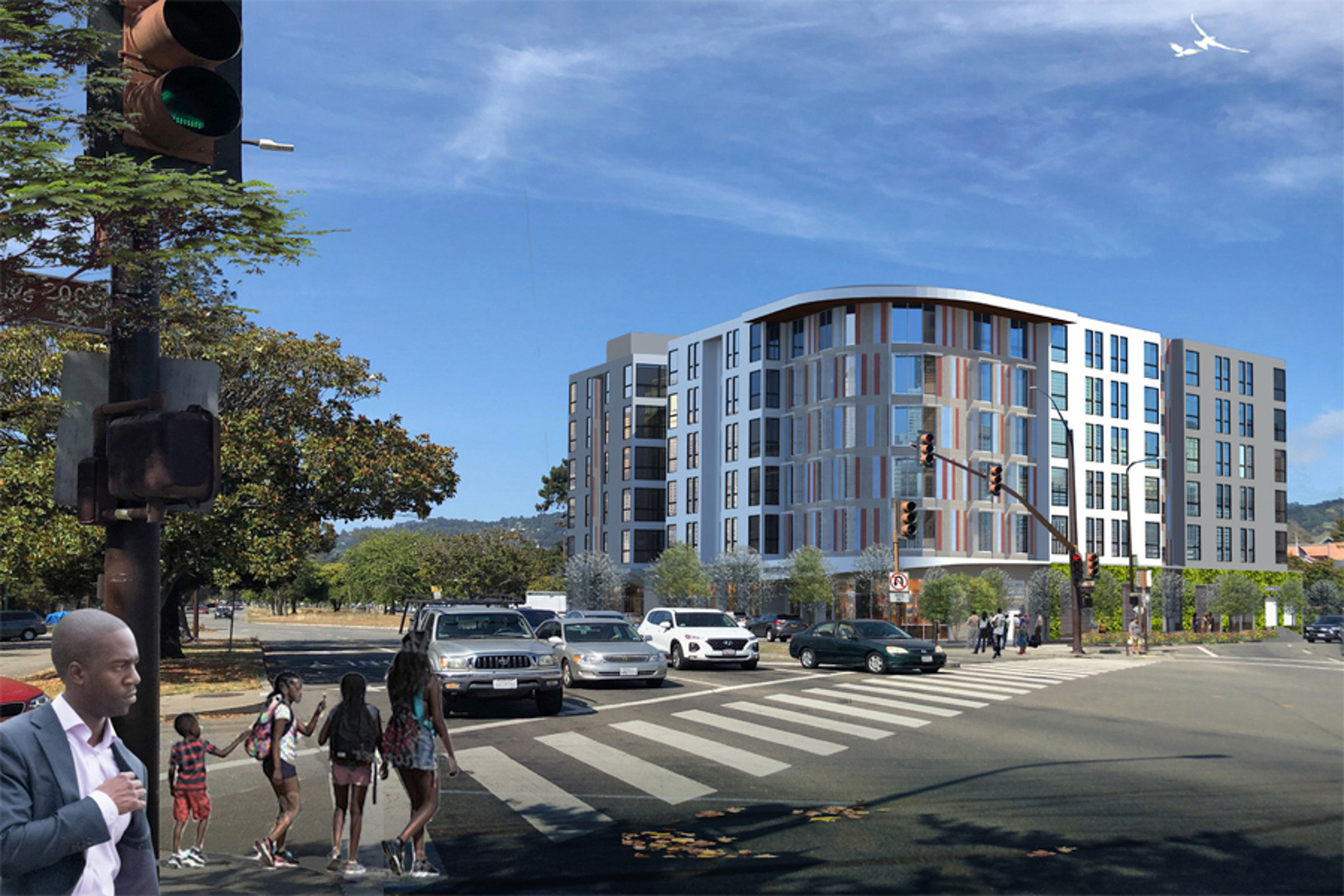 Residents will find themselves across from the Ashby BART Station, providing access across the Bay Area. One block away, Dinar & Associates proposed a five-story 42-unit apartment complex at 3031 Adeline Street. 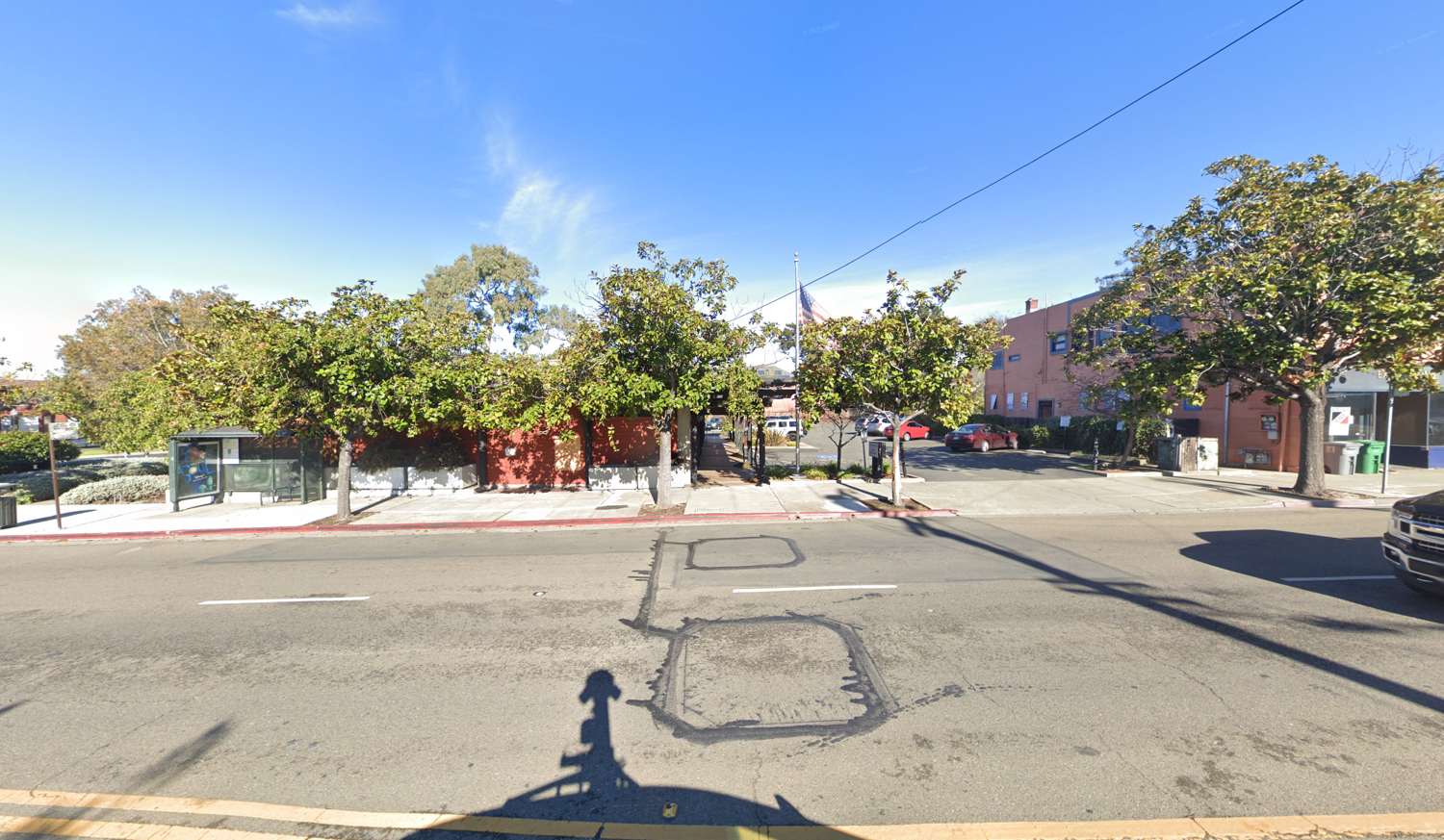 The development will replace the Cooperative Center Federal Credit Union. The Credit Union CEO, Fadhila Holman, told Berkeleyside her reason for selling the property was a direct response to witnessing the desperate need for housing in the East Bay, especially near mass transit.

The construction job is expected to cost $14 million and last 20 months from demolition to completion, though the whole development will cost more.

Be the first to comment on "Application Filed for Maudelle Building at 2001 Ashby Avenue, South Berkeley"