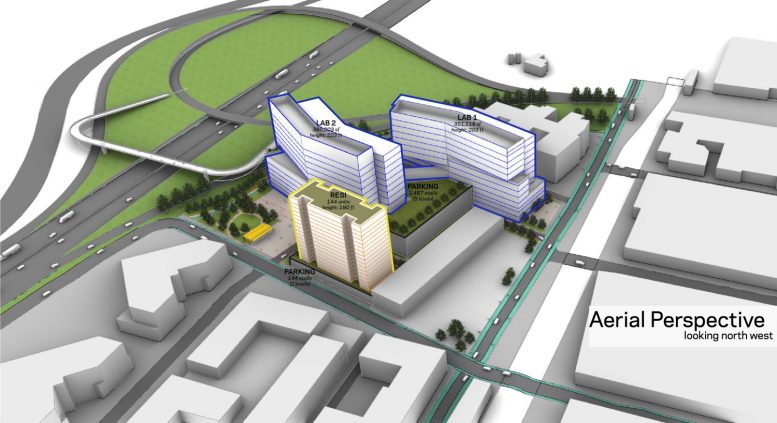 The Emeryville Planning Commission will study plans Thursday for three stocky towers overlooking the Eastshore Freeway at 1650 65th Street. If built, the project would create 144 apartments along with commercial space for offices and laboratories. Longfellow Real Estate Partners is responsible for the application. 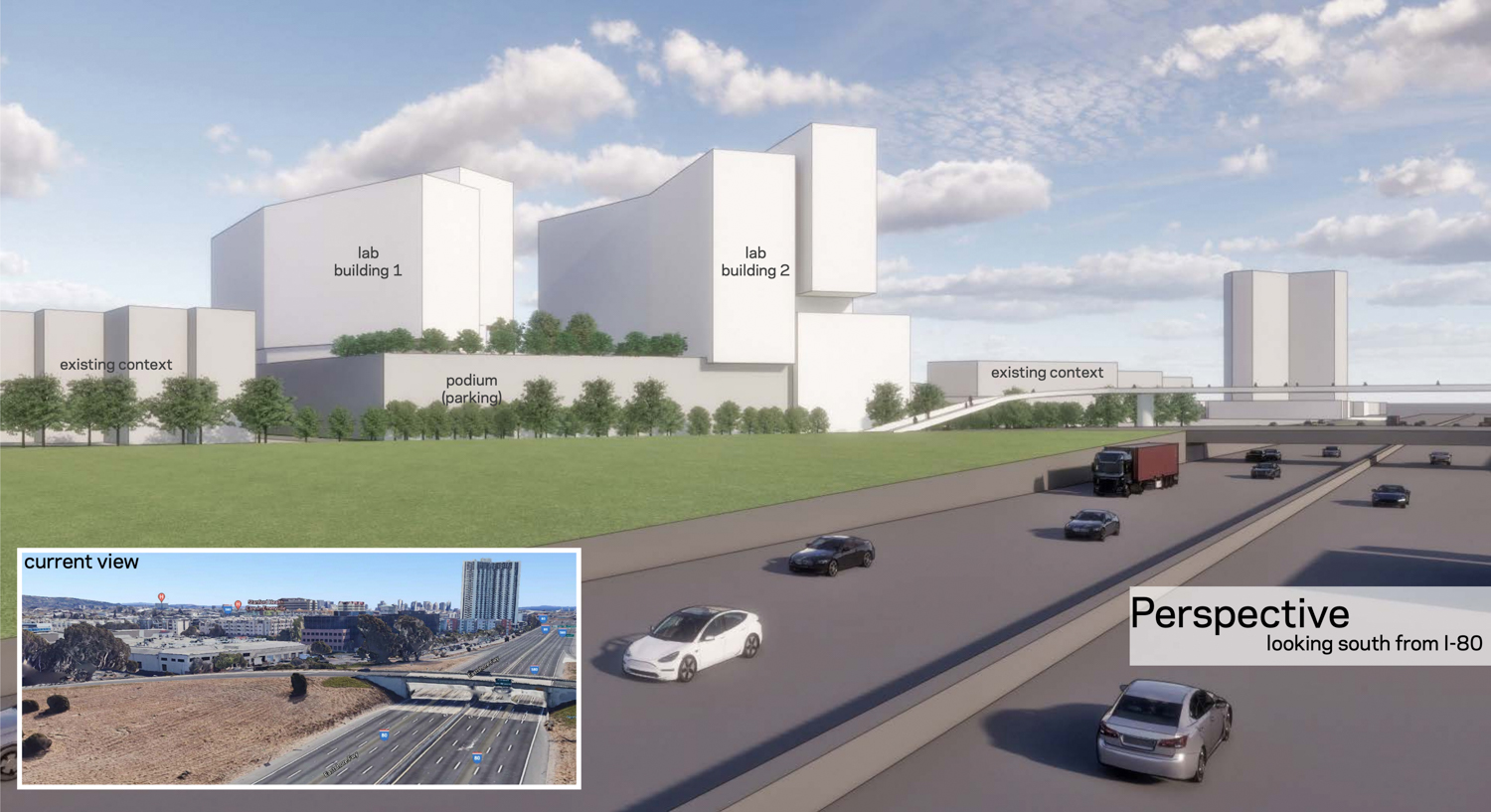 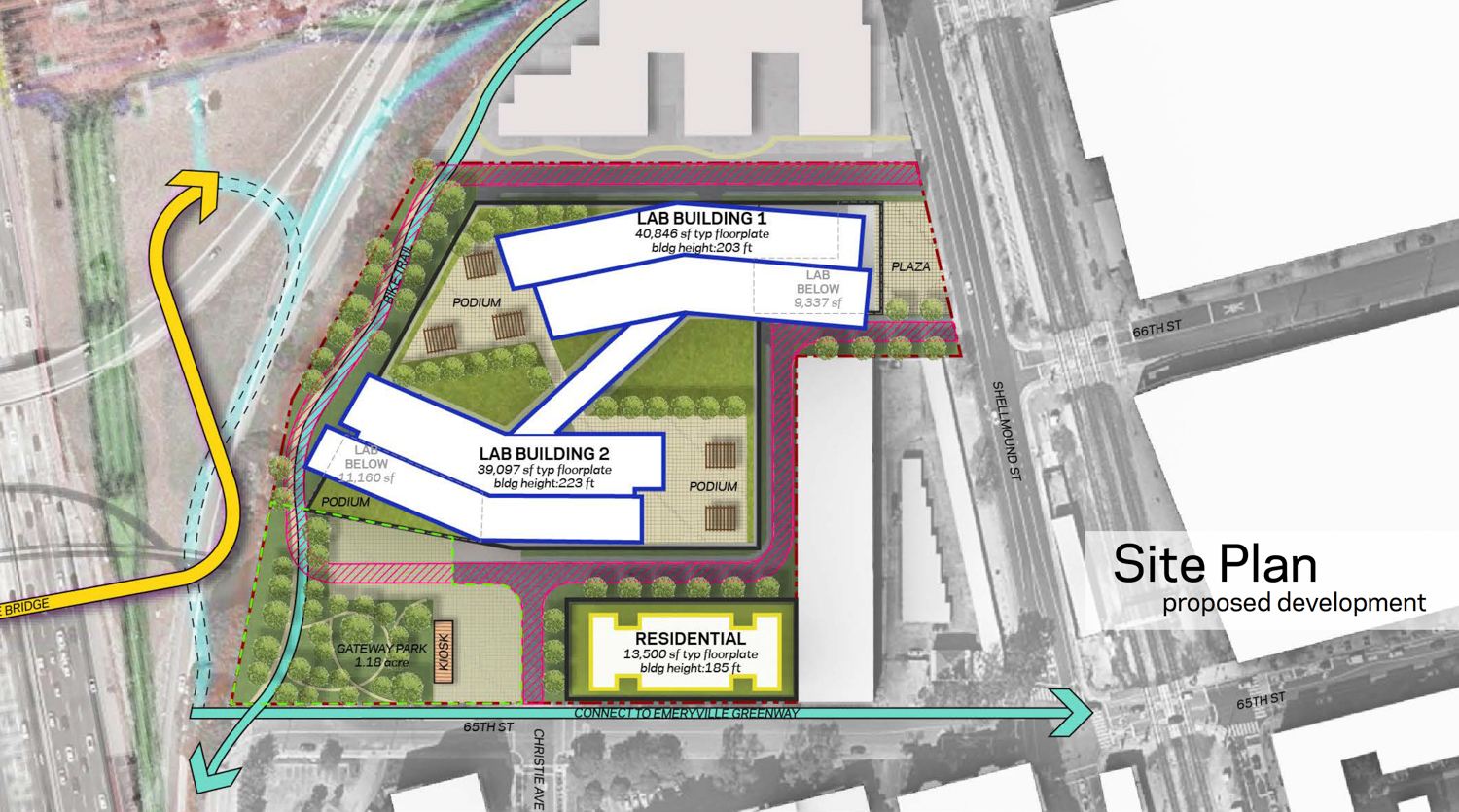 In the development, there are expected to be some amenities opened to the public. There will be a 26,540 square foot open-access greenway that will connect Shellmound Street with 65th Street. At 65th Street, there will be a 51,400 square foot landscaped public park around the main entry for the office and apartment complexes. 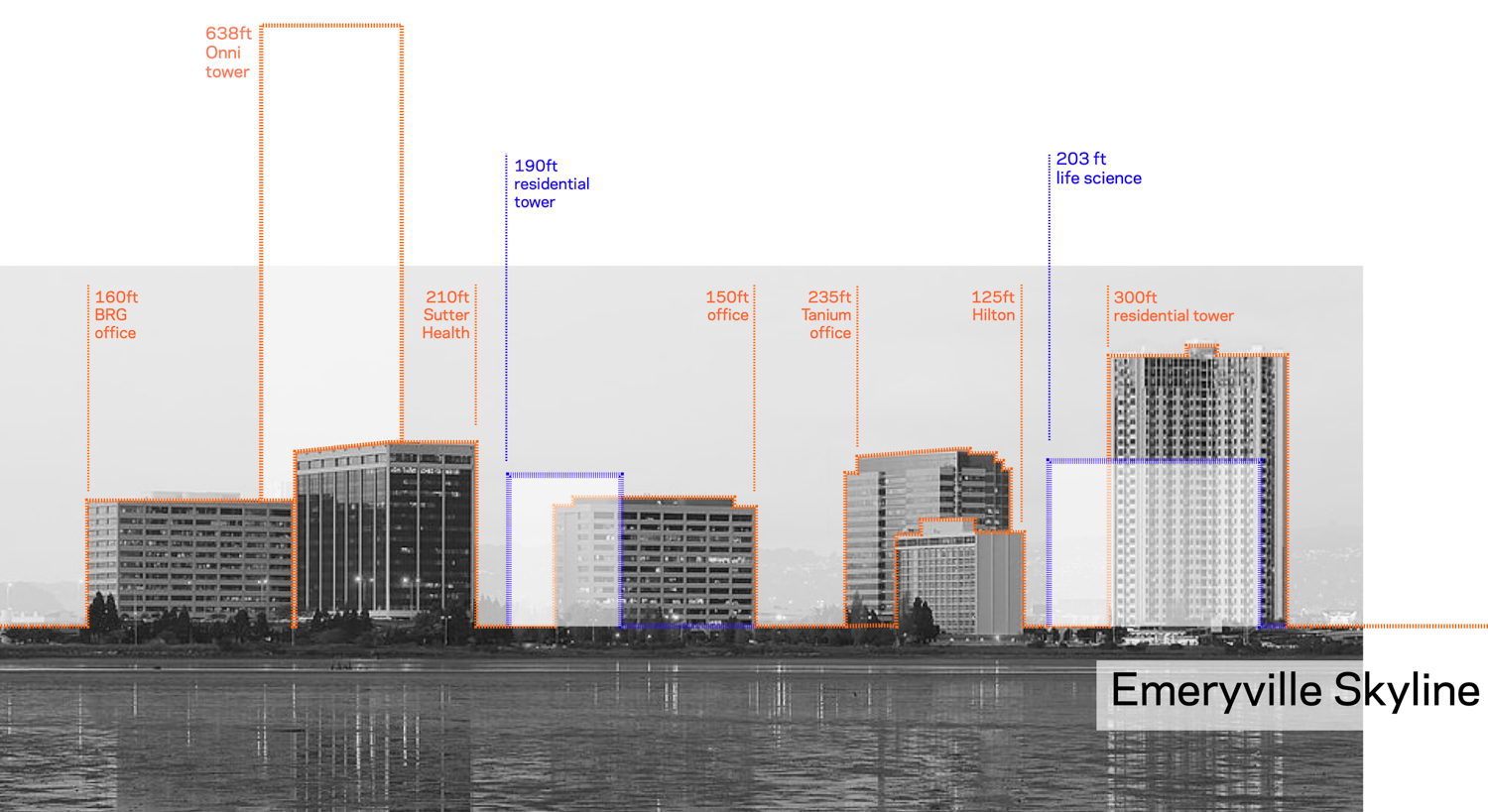 Emeryville skyline with other projects outlined in orange, Longfellow proposed towers in blue 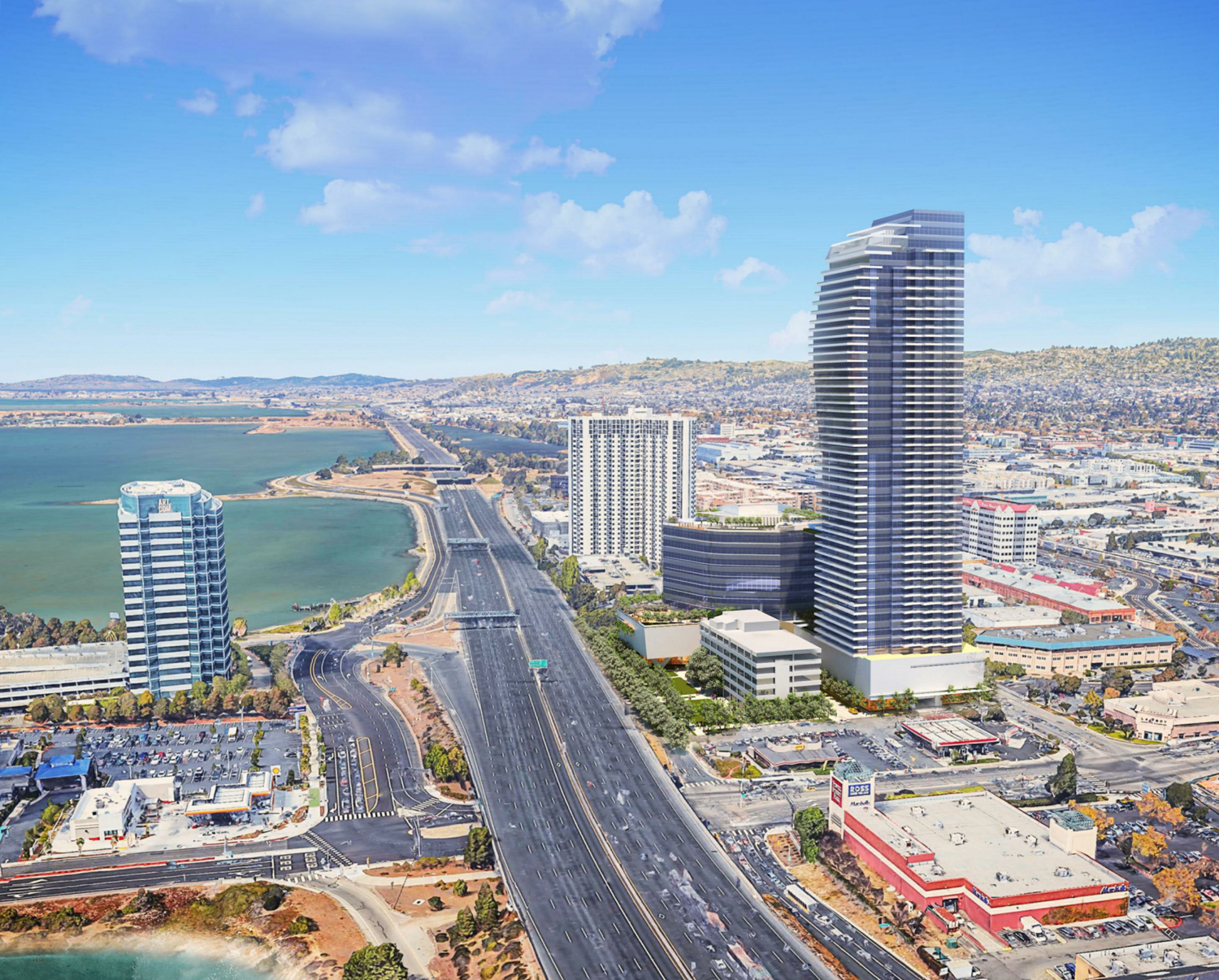 1650 65th Street is half a mile from Emeryville’s tallest existing tower, the 580-unit 318 foot tall Pacific Park Plaza. The site is also nearby the once-proposed Onni Group tower at 5801-5861 Christie Avenue. Onni’s now-defunct proposal would have included office space and a 638-foot skyscraper with 638 apartments. 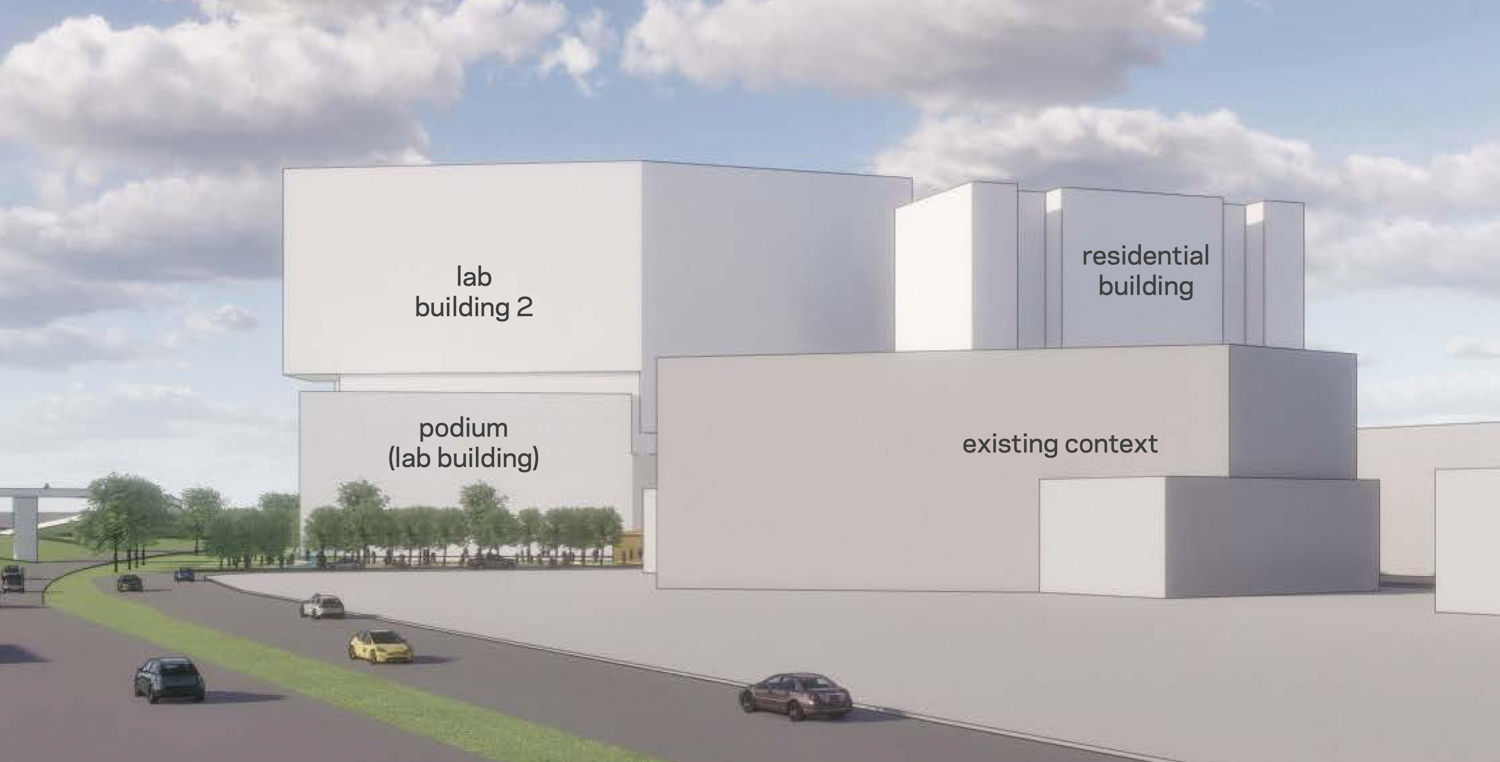 Emeryville is a small East Bay city with a population of just over 12,000 residents. Located between Berkeley and Oakland, the 2.25 square mile city is relatively densely developed with a handful of other highrises along with housing, retail, and offices attracting commuters from across the East Bay.

The property is owned by PSAI Realty Partners and Griffin Capital Investors. A project architect has not yet been announced.

The development will be publicly reviewed by the Emeryville Planning Commission Thursday, July 22nd at 6:30 PM. For more information, see the meeting agenda here.

UPDATE: Reporting by the Sarah Klearman of the San Francisco Business Journal is that Longfellow has officially withdrawn the current proposal for the Atrium.