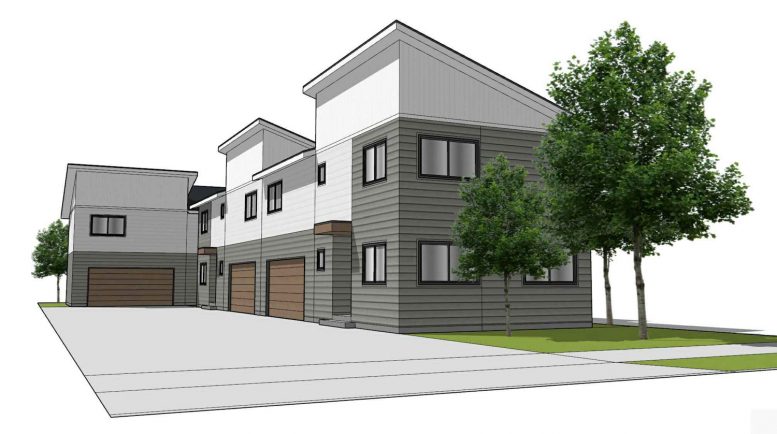 Development permits have been filed for a proposed residential development at 6225 Harmon Avenue in Oakland’s Seminary neighborhood. The development will build on a vacant parcel to create three new two-story dwelling units. Sunnyvale-based Phan Designs is responsible for architecture and design

The two-structure development will span nearly 5,000 square feet, with two 1,680 square foot townhouse units and a detached 1,600 square foot unit. The residences will each point toward a shared driveway extending from Harmon Avenue to three two-vehicle garages. Landscaping will include a small front yard with three trees and a landscaped entryway for the rear-lot unit. 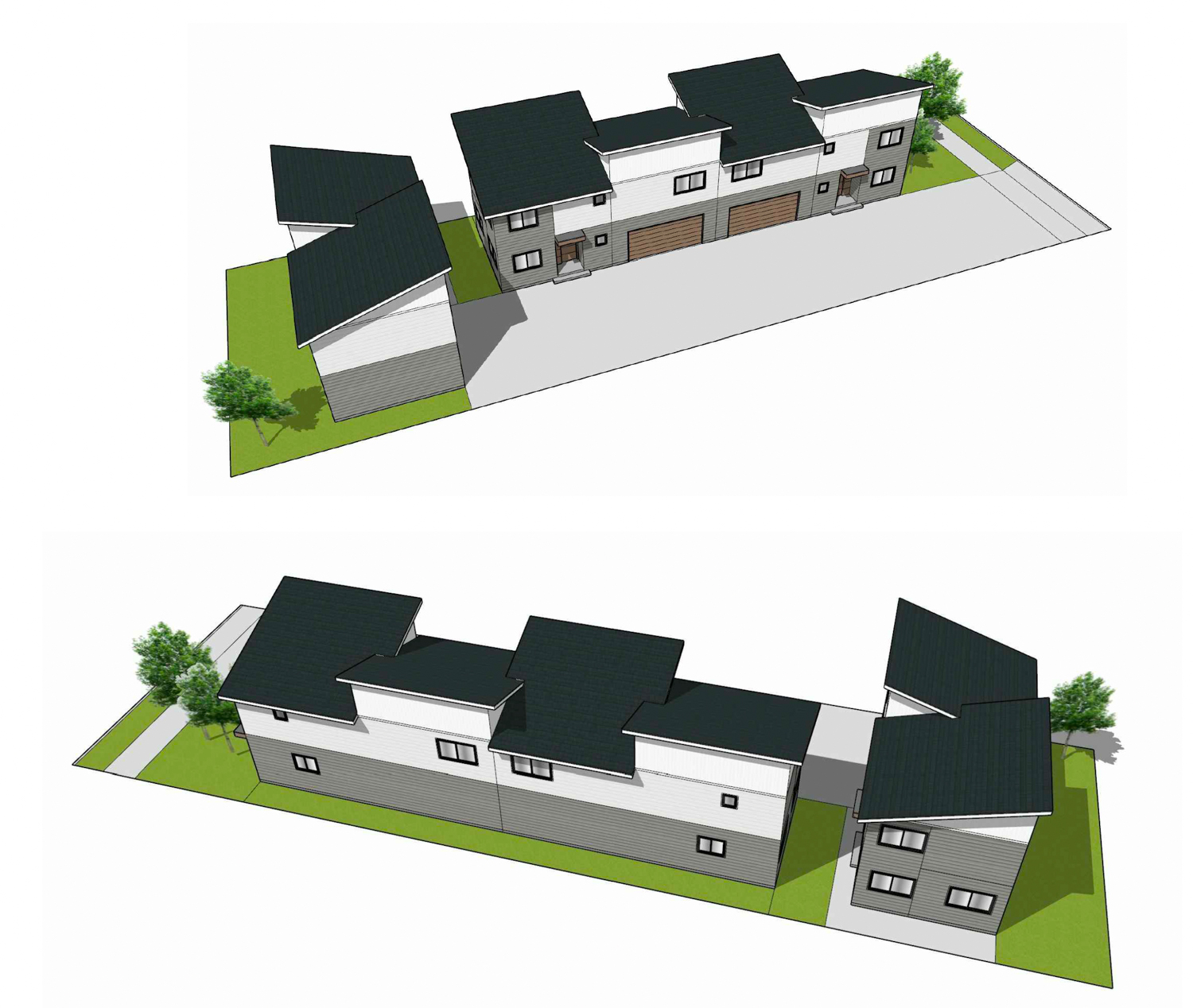 The design will include a two-tone horizontal siding painted white and grey topped by gabled shingle roofs. 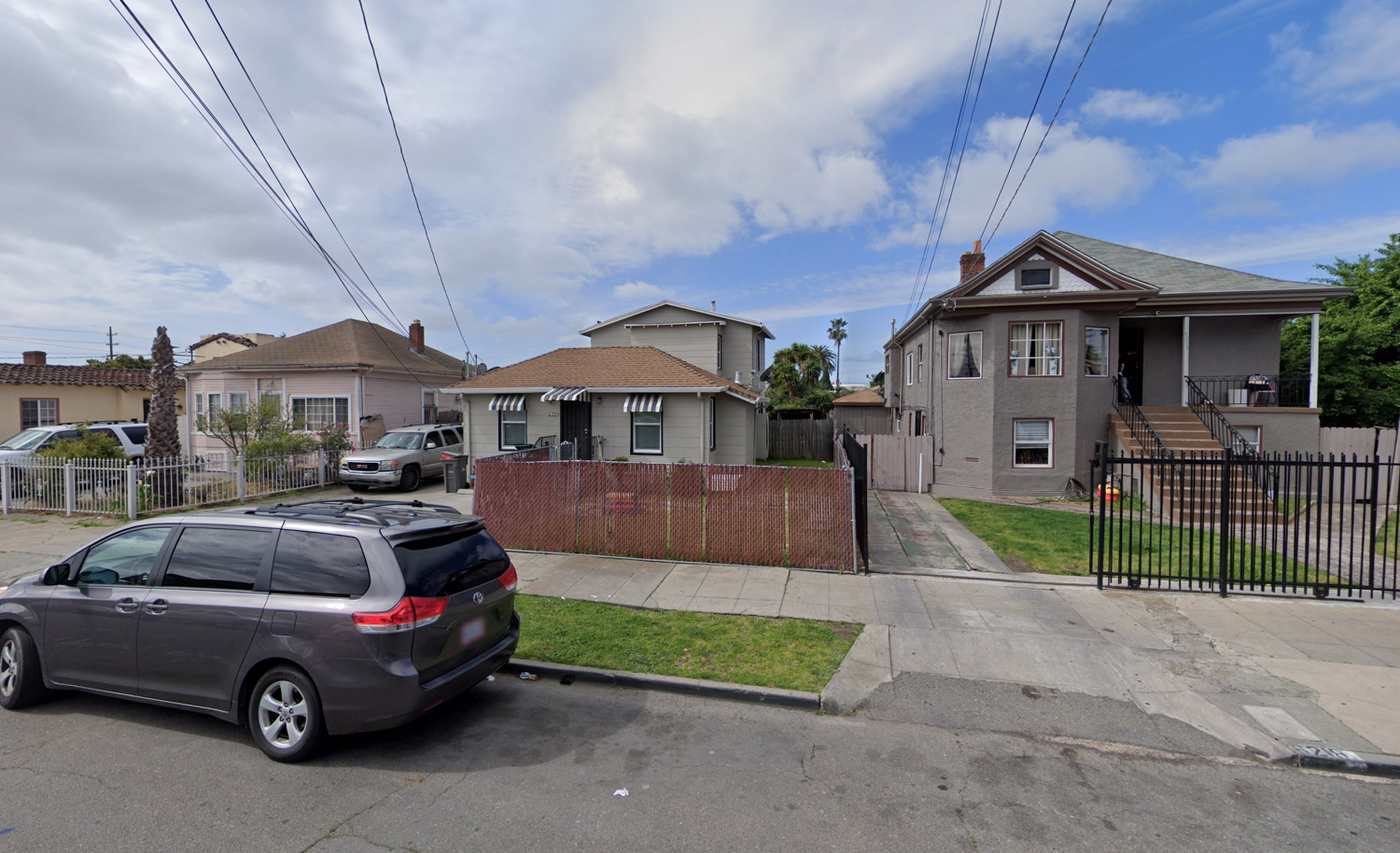 6225 Harmon Avenue is positioned between International Boulevard and Bancroft Avenue. The Mills College for which Seminary received its name is twenty minutes away on foot. The Coliseum BART Station is under ten minutes away via bicycles.

Two Arizona-based individuals are listed as the property owner behind the proposal. Construction will remove an existing single-unit structure.