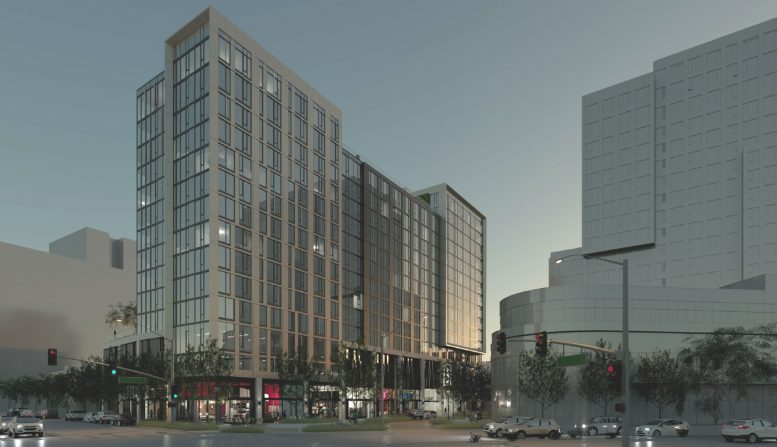 Demolition permits have been filed to clear four buildings to make way for the 16-story mixed-use project at 2359 Harrison Street in Northgate Waverly, Oakland. Just two blocks from Oakland’s current tallest building at One Kaiser Plaza, 2359 Harrison is part of a slow contemporary expansion of Oakland’s central business district. The project will add 330 new dwelling units with some affordable units to the East Bay housing market. 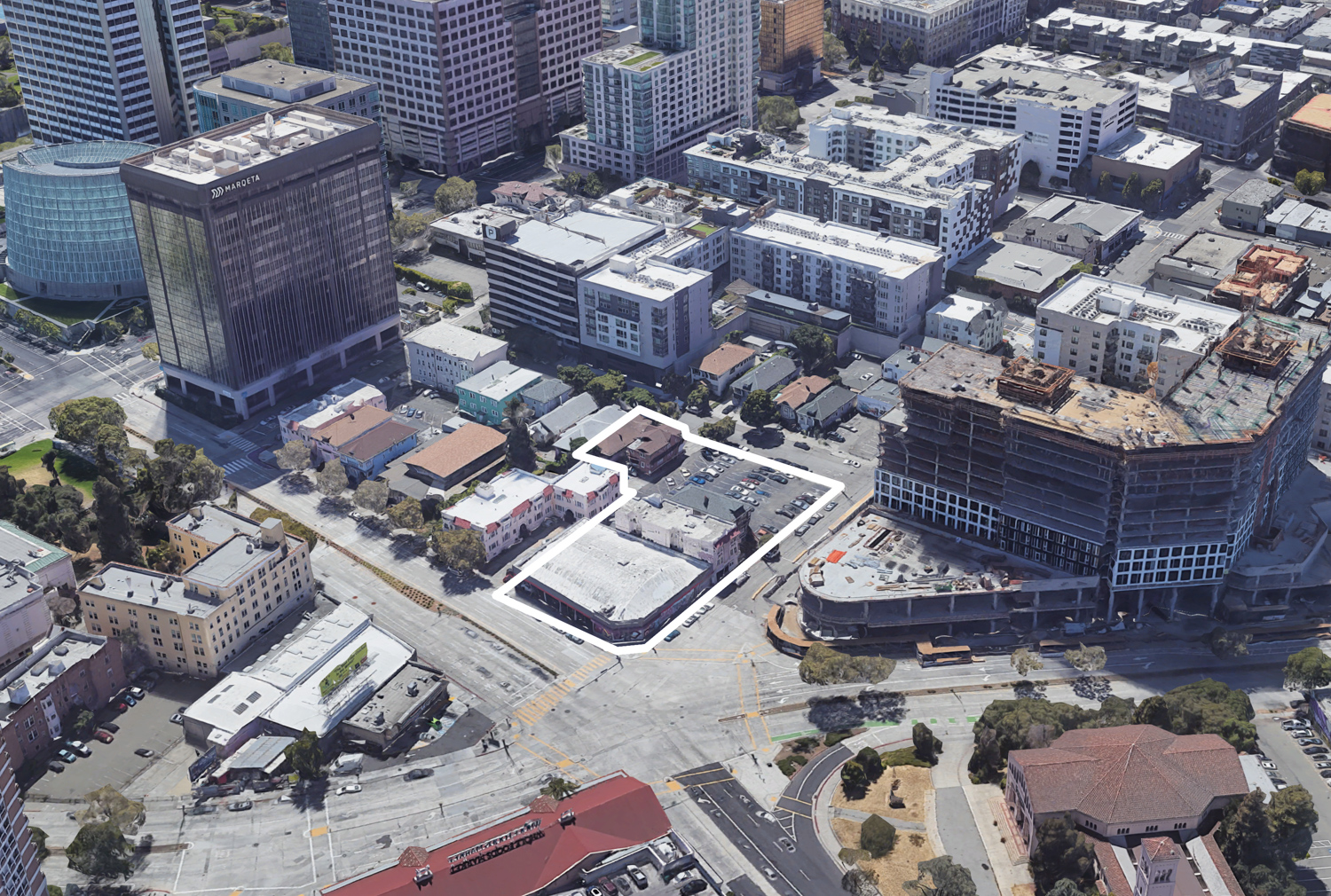 Holland Partner Group is the permit applicant. NASH – Holland 24th and Waverly Investors, LLC is the project developer, and Solomon Cordwell Buenz is the architect managing the project design concepts and construction. Oakland approved the development permit in mid-February 2021. 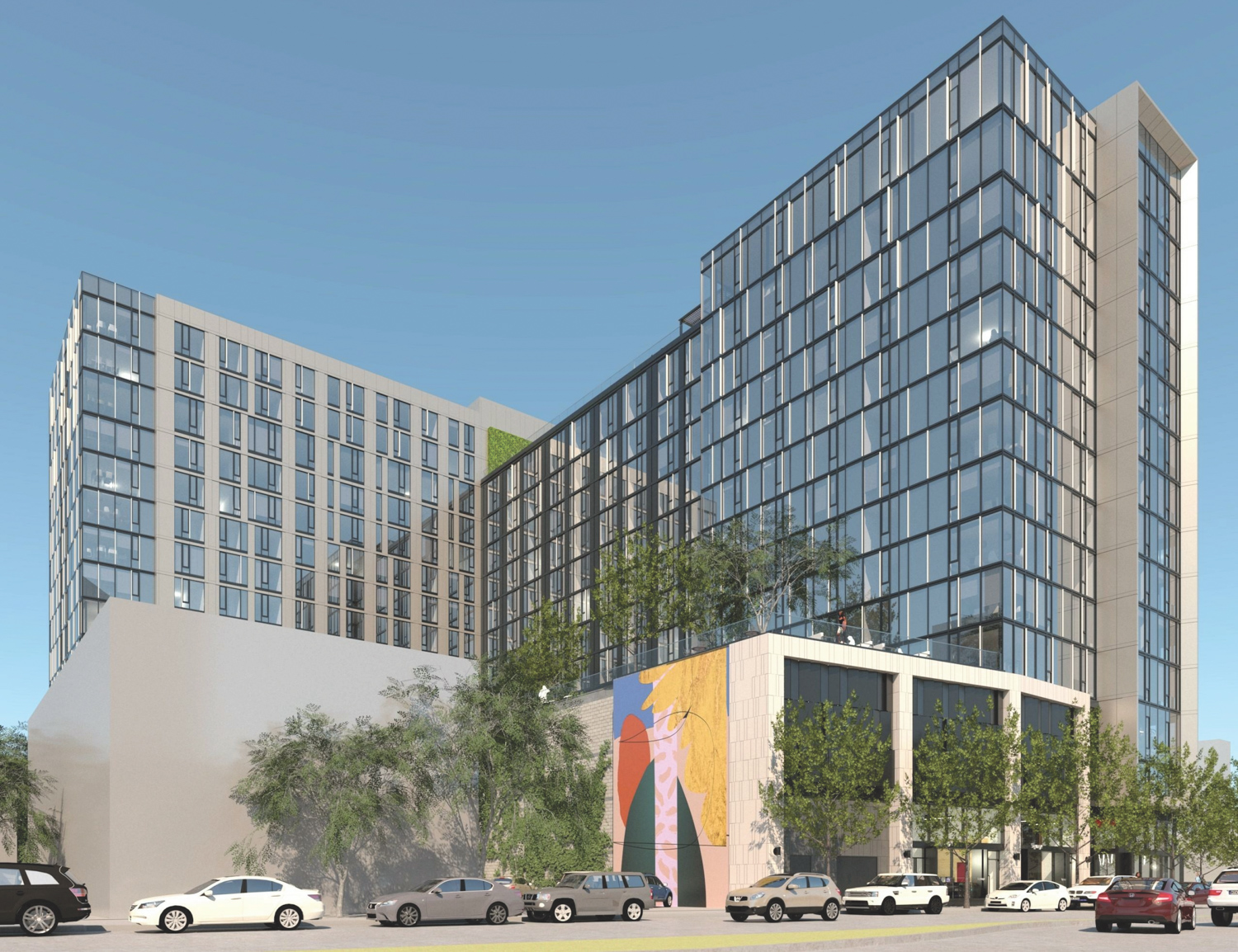 Holland purchased and merged eight separate parcels to make the development possible, including some buildings and surface parking. The five existing structures on-site are currently vacant, include a low-slung commercial building, single-family dwelling, two duplexes, and a ten-unit residential complex. 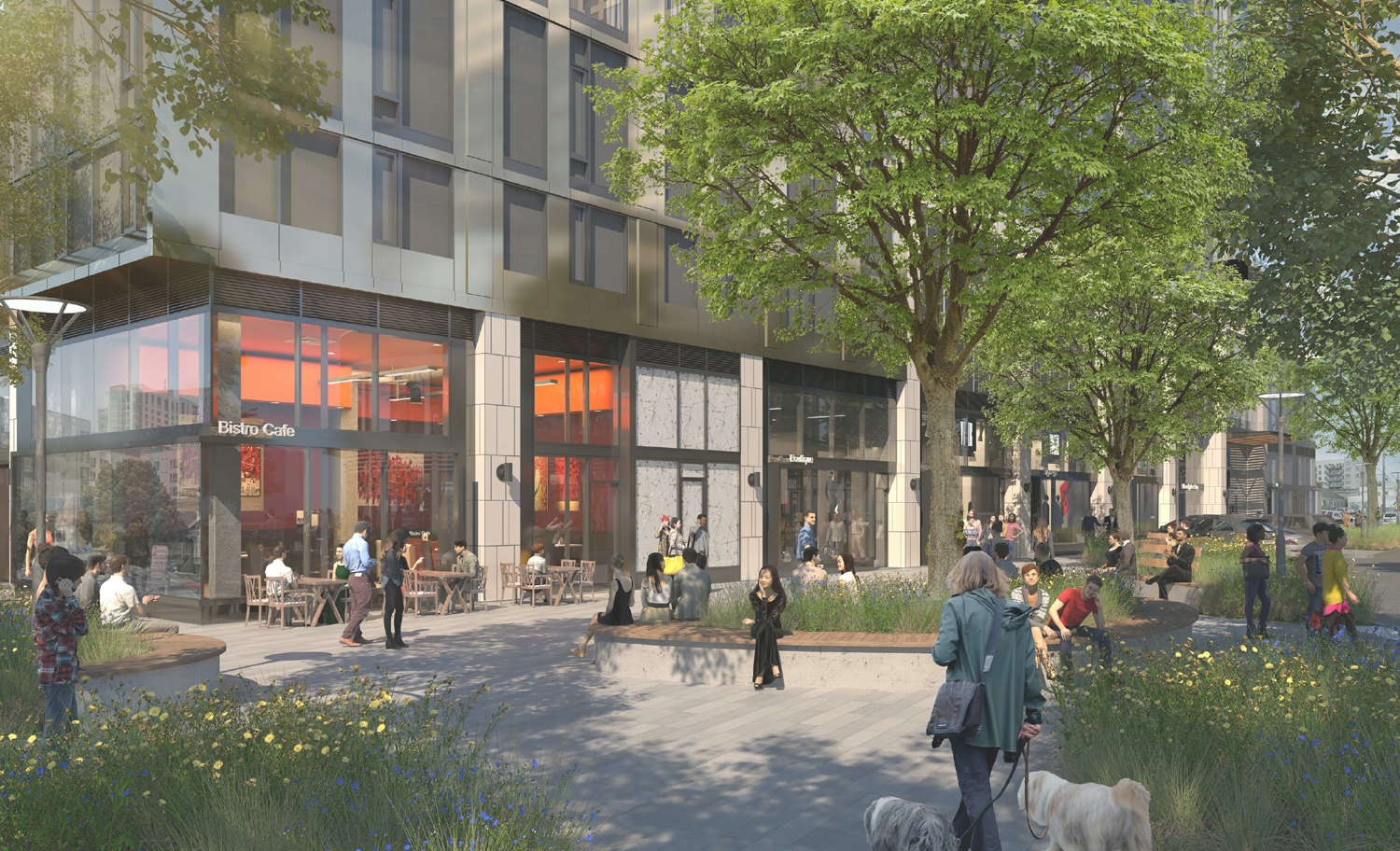 The proposed structure will rise 160 feet high to the roof and peaks with a 178-foot high parapet. The massing can be divided between the 41-foot tall podium and the 12-story L-shaped residential tower. Of the 330 units, 15 will be priced as affordable housing. Two units will be double-house townhome units facing Waverly at the ground level. 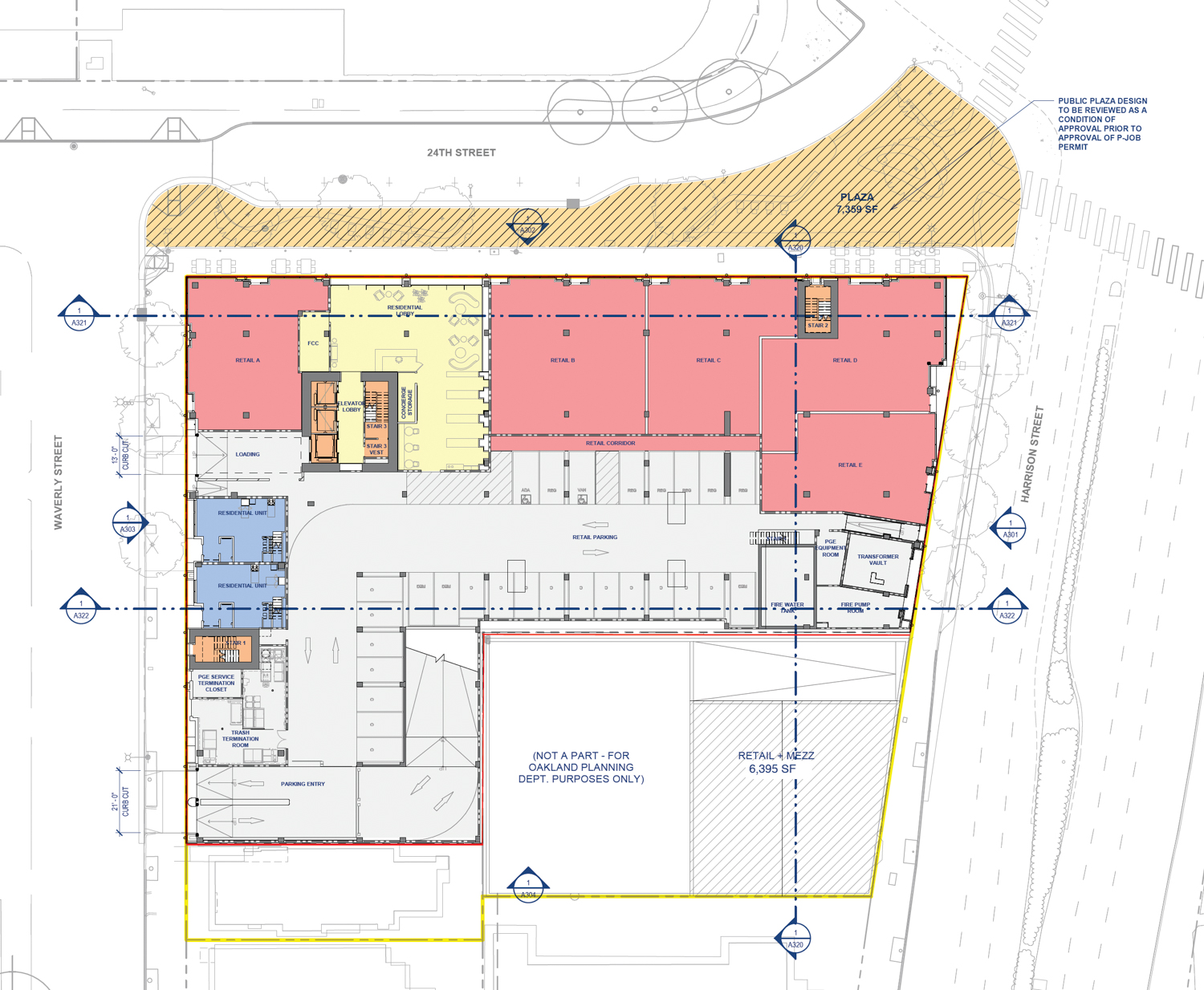 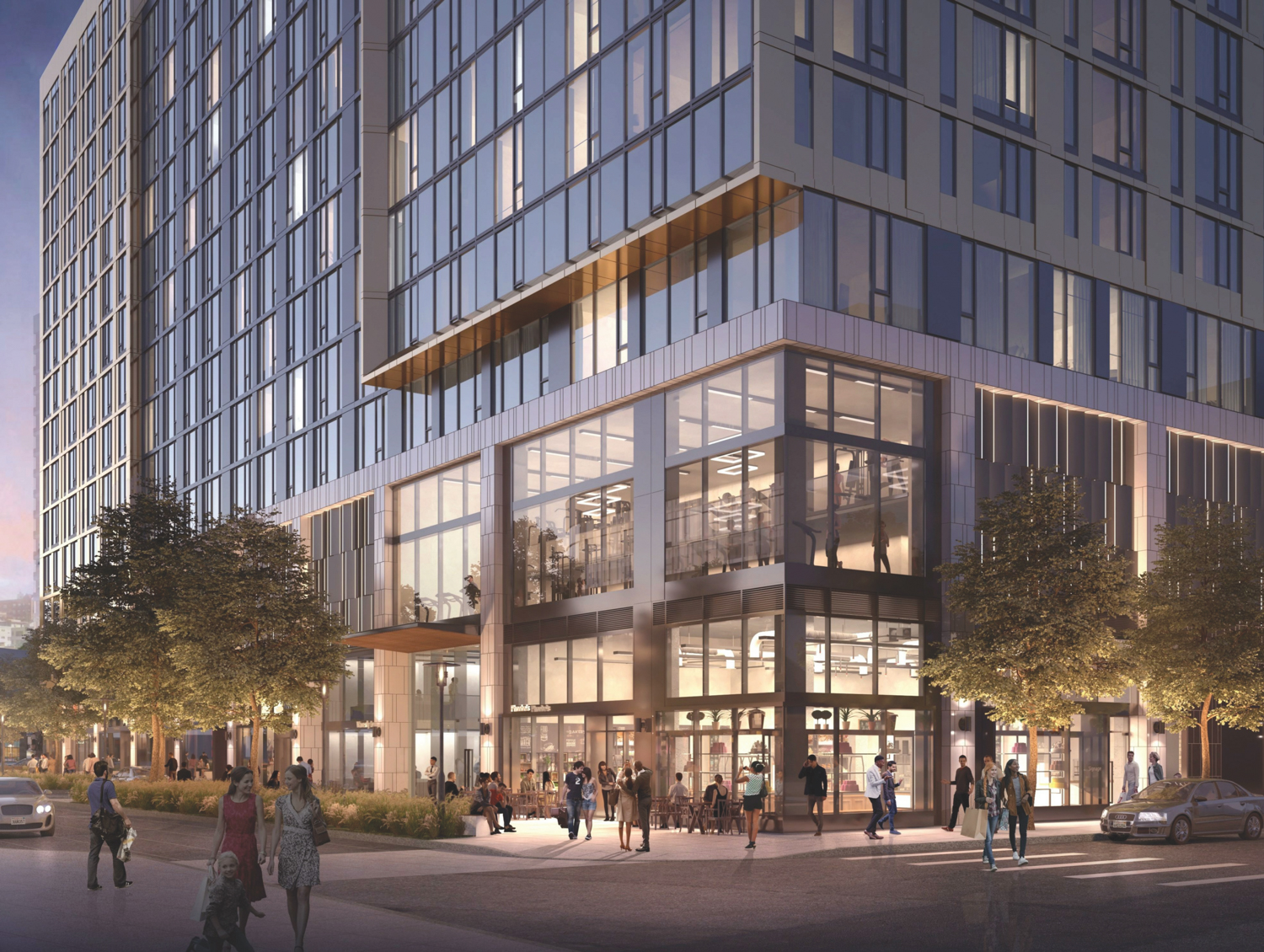 Amenities will include a fitness center, dog run, public plaza, and open-air deck. 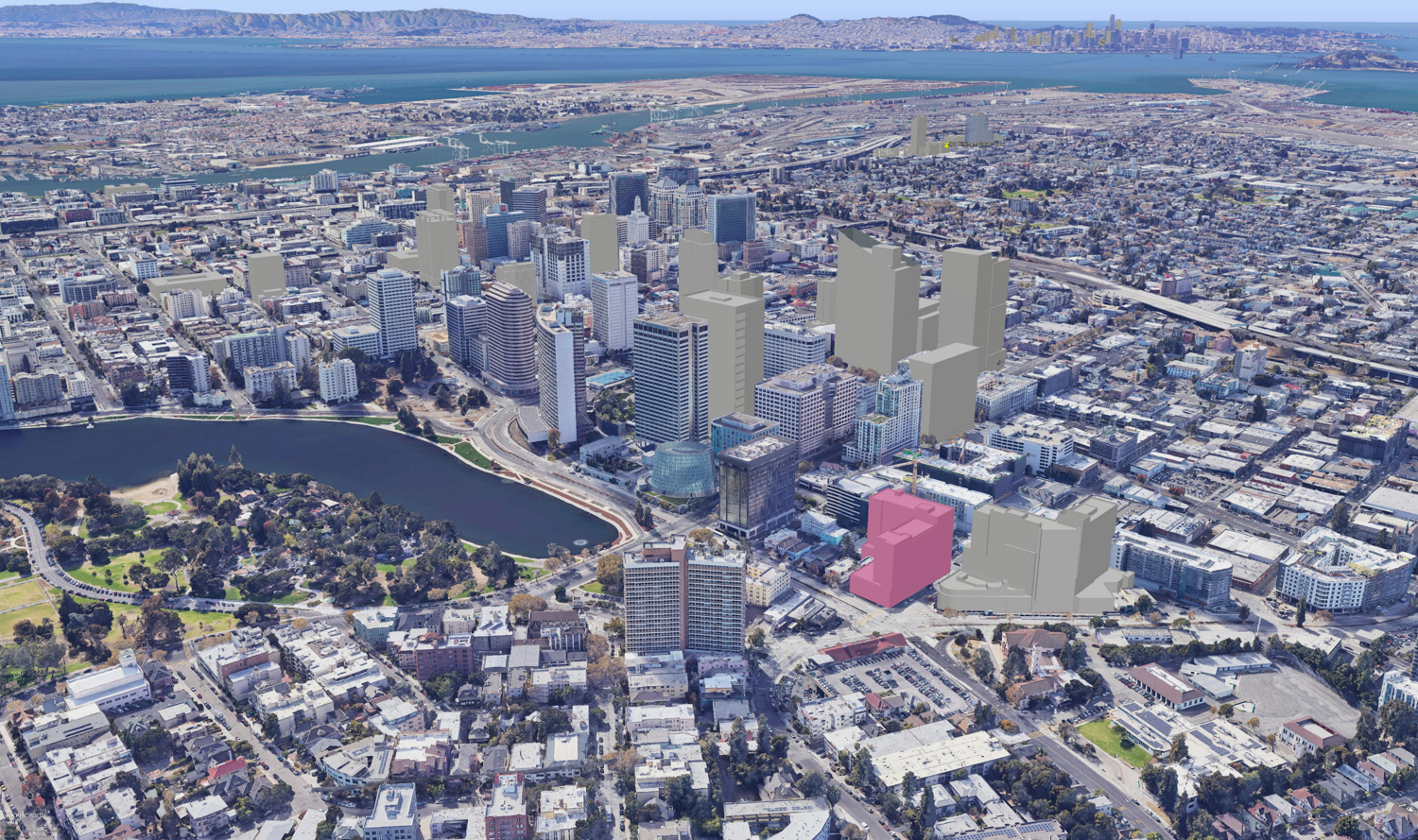 Petersen Studio is responsible for the landscape architecture, which includes the podium-topping amenity lounge and the foot plaza to be designed at 24th and Harrison Street.

The 19th Street BART station is just ten minutes away by foot, while Lake Merritt is reachable in six minutes. Also nearby, the 405-unit apartment building nearing completion at 277 27th Street.