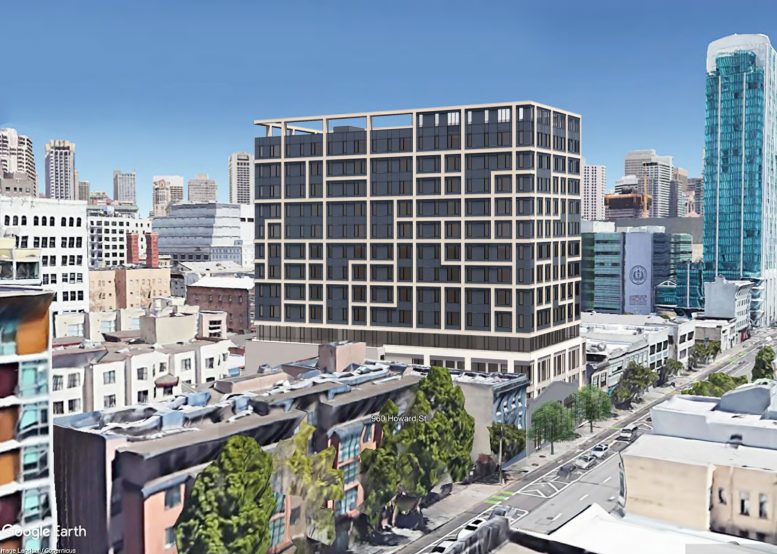 New plans have been filed following an existing proposal at 960 Howard Street in SoMa, San Francisco. oWOW has filed to construct a 14-story mixed-use infill with a mass-timber superstructure instead of a three-story office project. Demolition work has already been completed on-site, preserving the facade of the former industrial building. 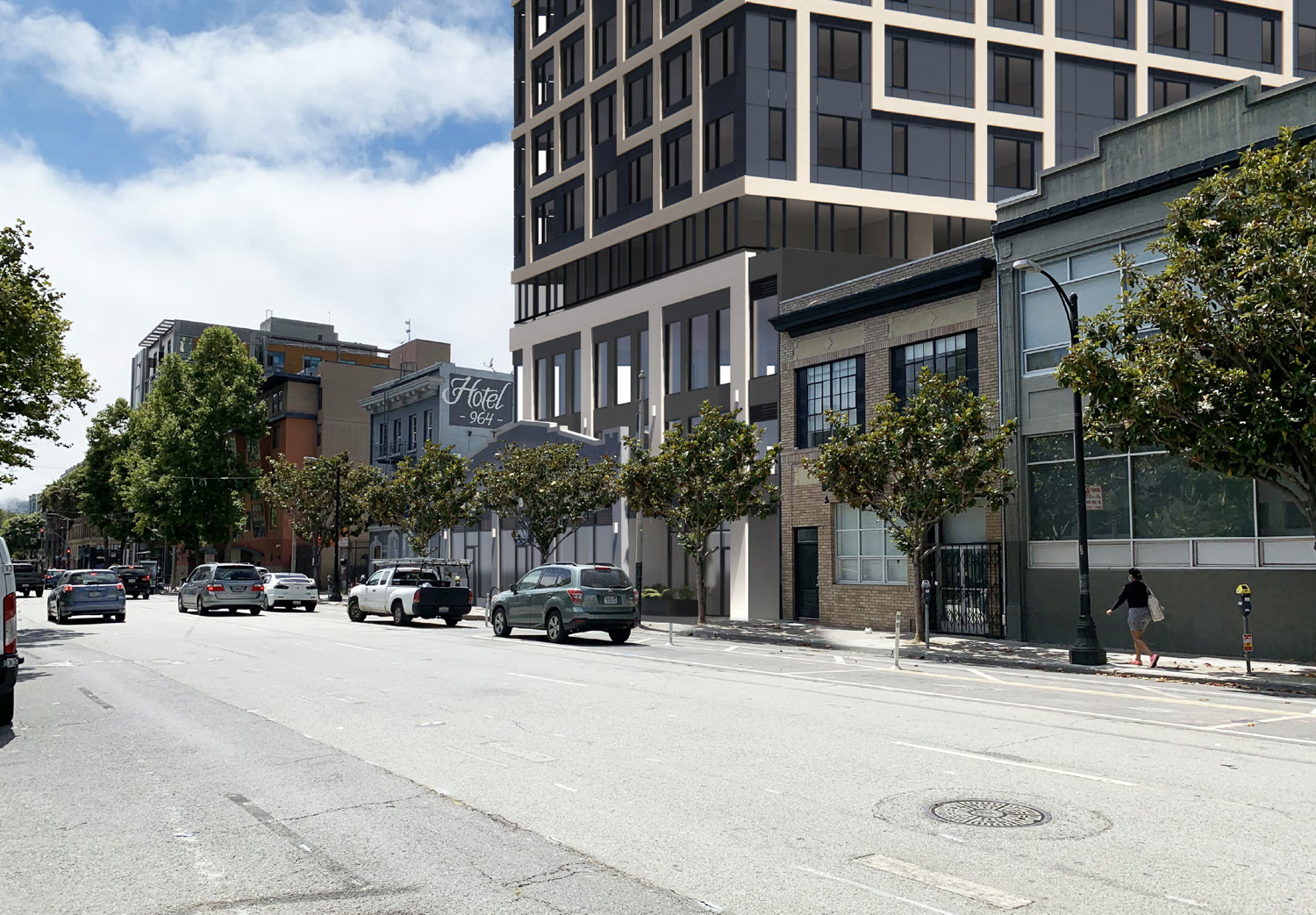 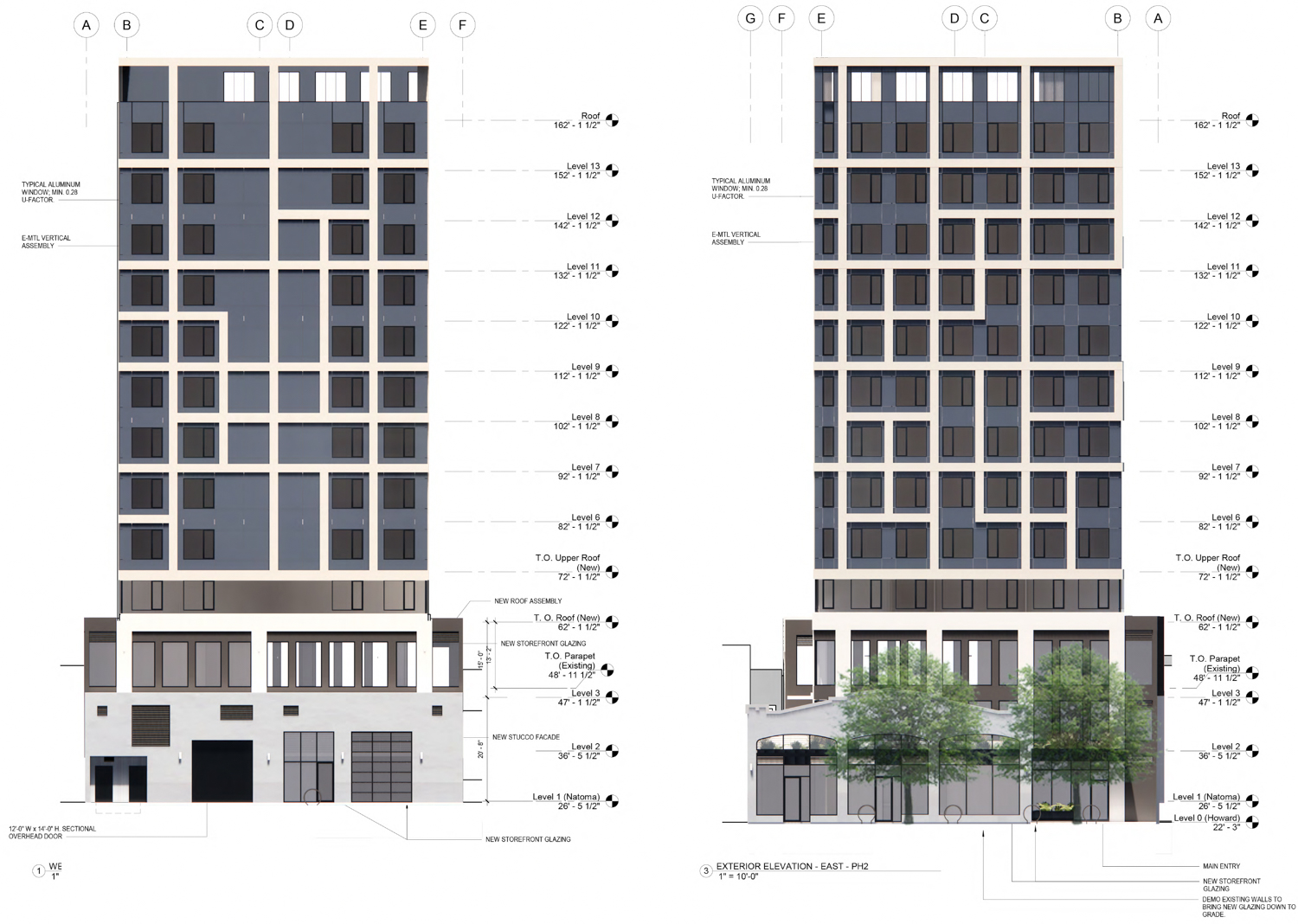 oWOW’s proposal benefits from the state density program, providing a 25% increase above the base density with the inclusion of affordable housing. The project will create 130 new rental apartments, of which 20 will be priced as affordable. There will be 110 two-bedroom units, along with 10 studios and 10 one-bedroom units. 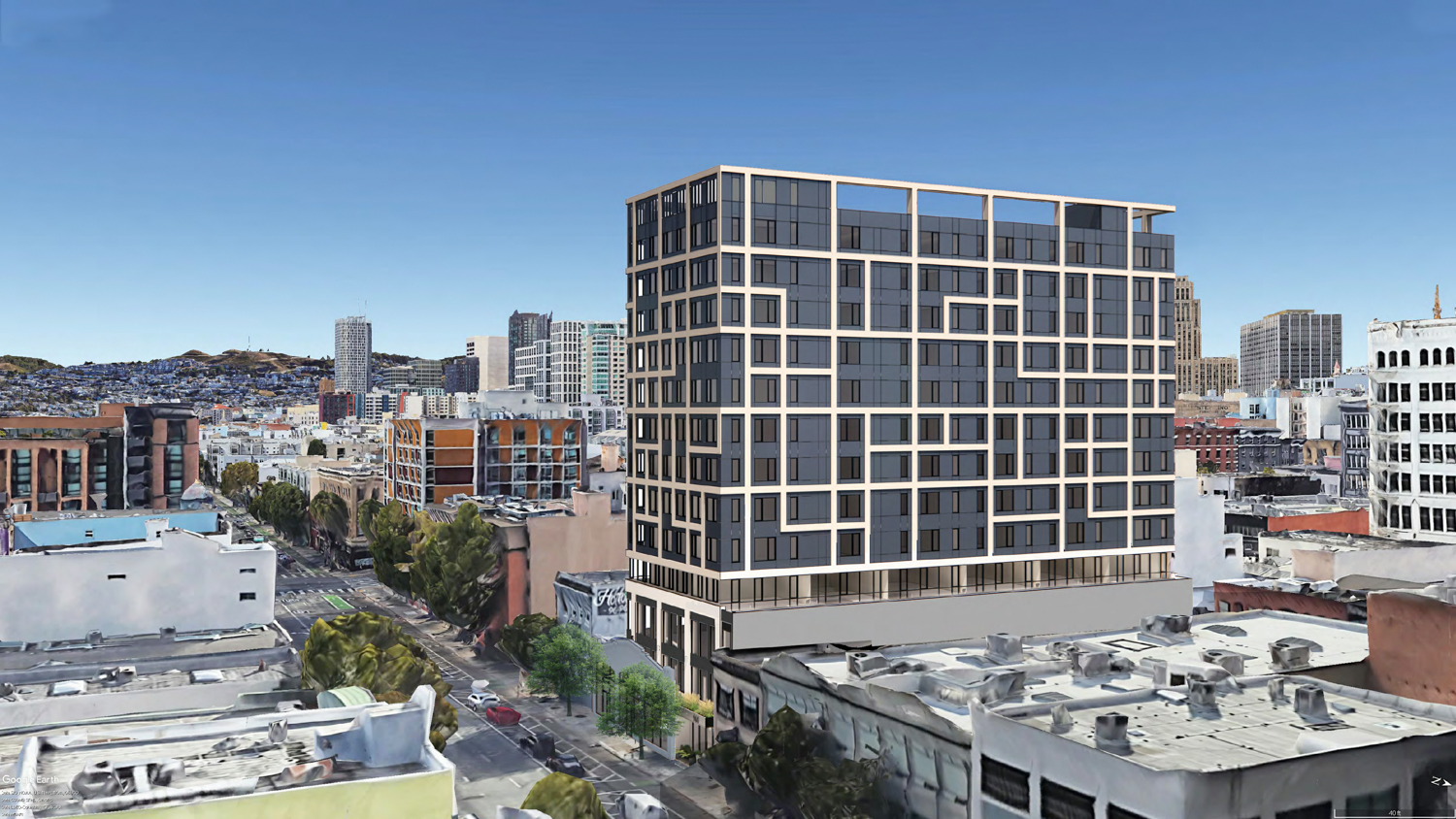 960 Howard Street looking toward the Hub and Twin Peaks, rendering by oWOW

Construction will use prefabricated panels and mass-timber to improve the environmental footprint, reduce costs, and shorten the construction timeline. The planning application writes of the design, “A grid of irregular white panda is superimposed over the base facade material as an ‘architectural veil-grid’ to aesthetically balance the repetitive arrangement of the underlying facade panels and windows.” 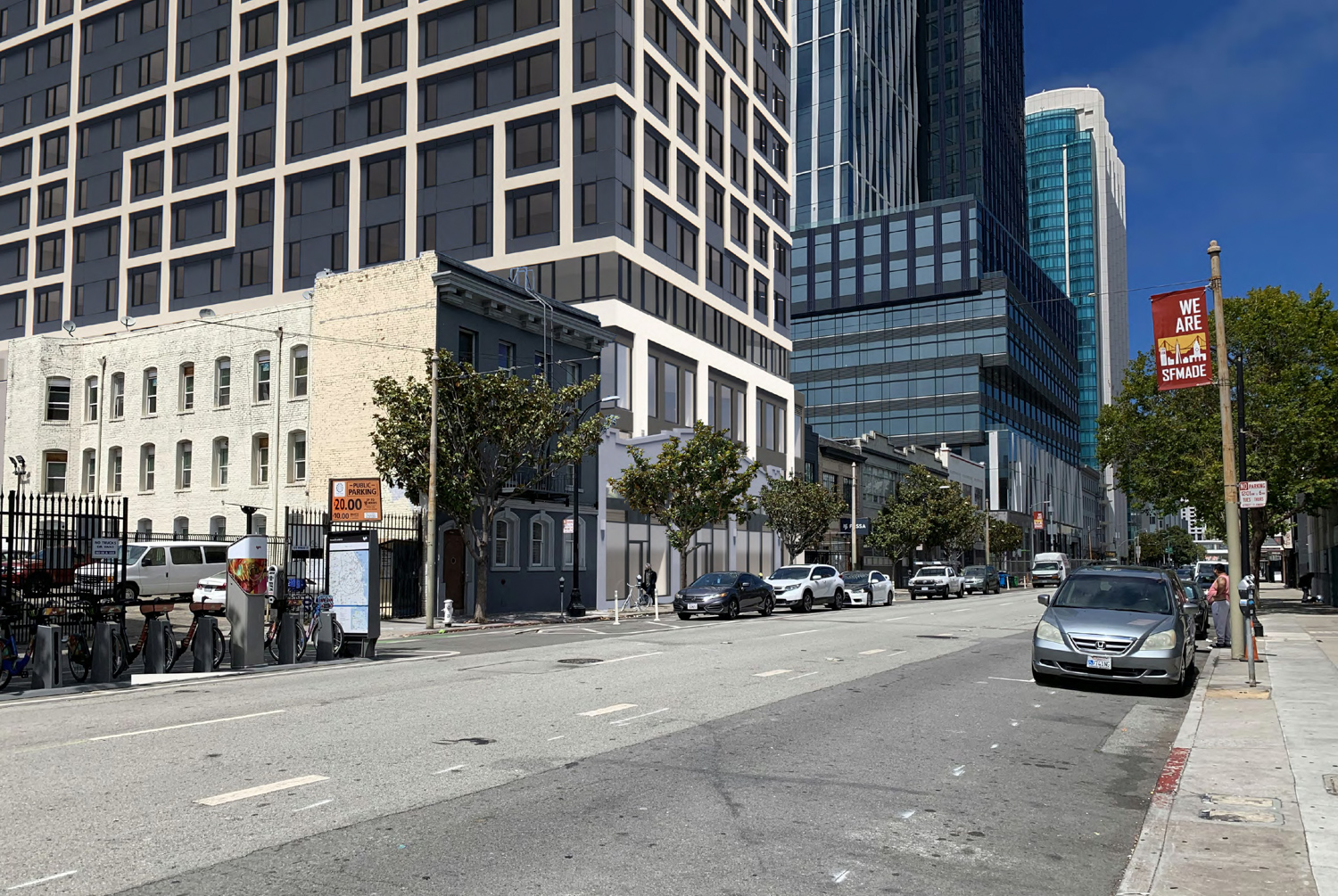 The property is located beside 5M between 5th and 6th Street, just six minutes on foot from the Powell Street BART Station and nine minutes from the Yerba Buena Gardens. The construction job is expected to cost $20 million. The estimate is not inclusive of the full development price tag.