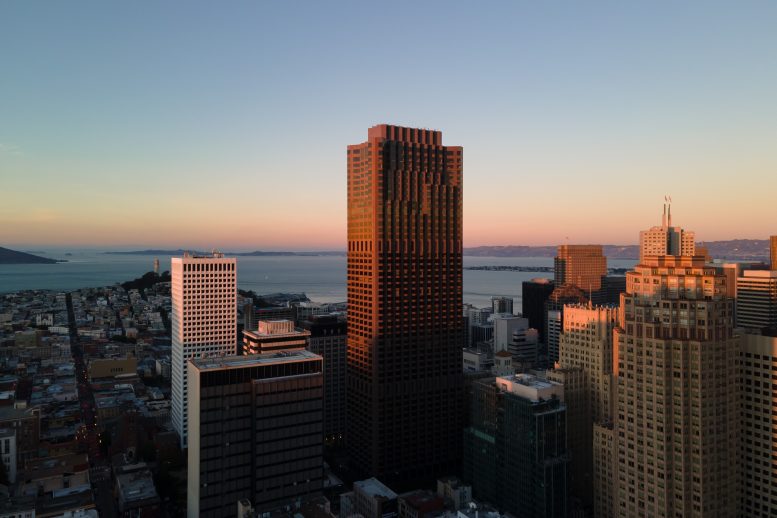 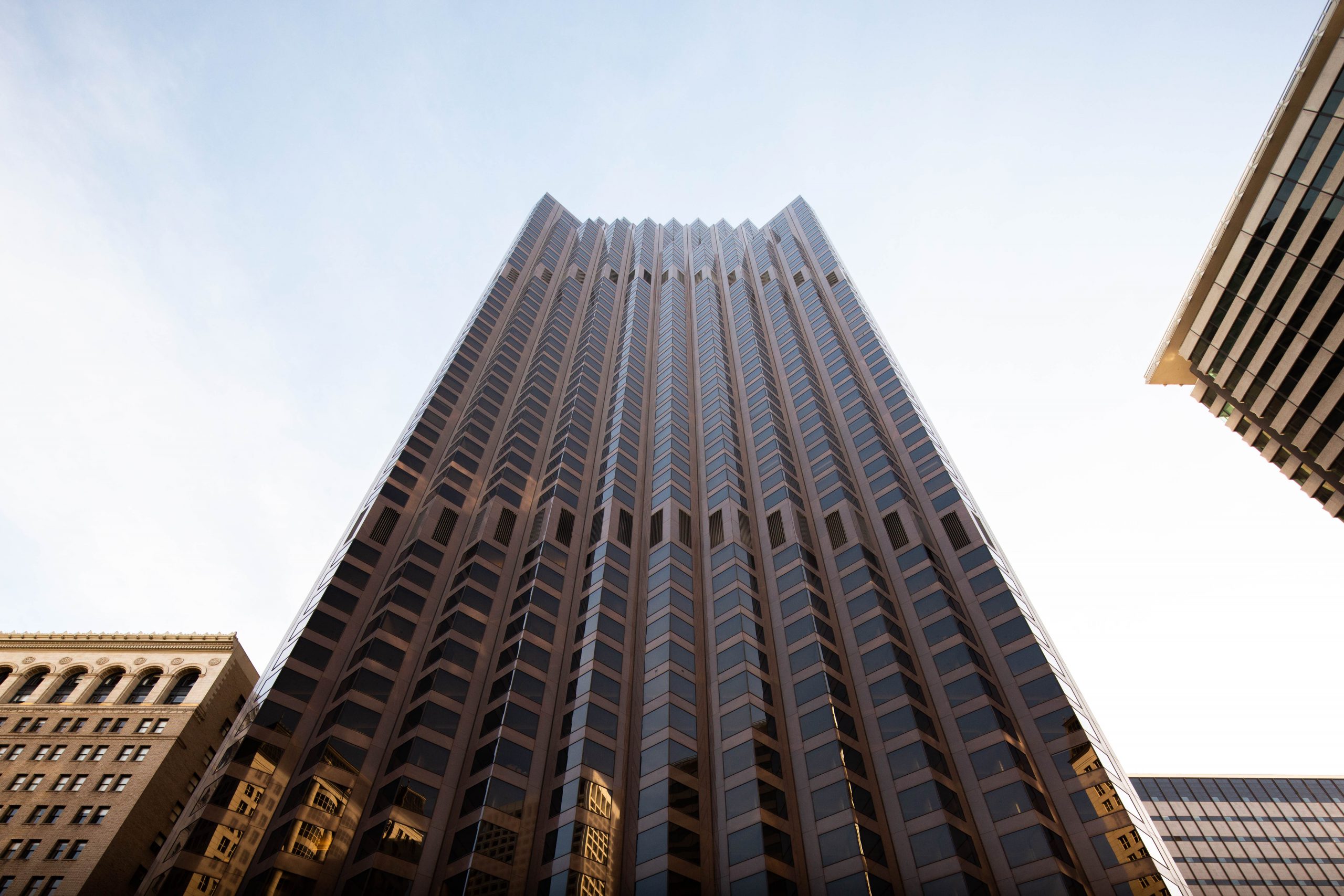 555 California Street looking from the ground up, image by Andrew Campbell Nelson

555 California Street was designed and built in a time before architects were pushed to deemphasize height visually. Everything about the tower, from the repetitive bay windows to the sheer-cliff corners, and simple granite-glass palette, play up the structure’s unprecedented scale for the region.

Skidmore, Owings, and Merrill, among the most influential international architecture firms in the modernist movement, is the building architect. The monolithic tower features a series of sharply angled bay windows, influenced by San Francisco’s architectural vernacular. While each of the four corners rises the whole 52 floors, the middle of each face is set back on the upper floors. The final form visually elongates each corner and emphasizes the height. 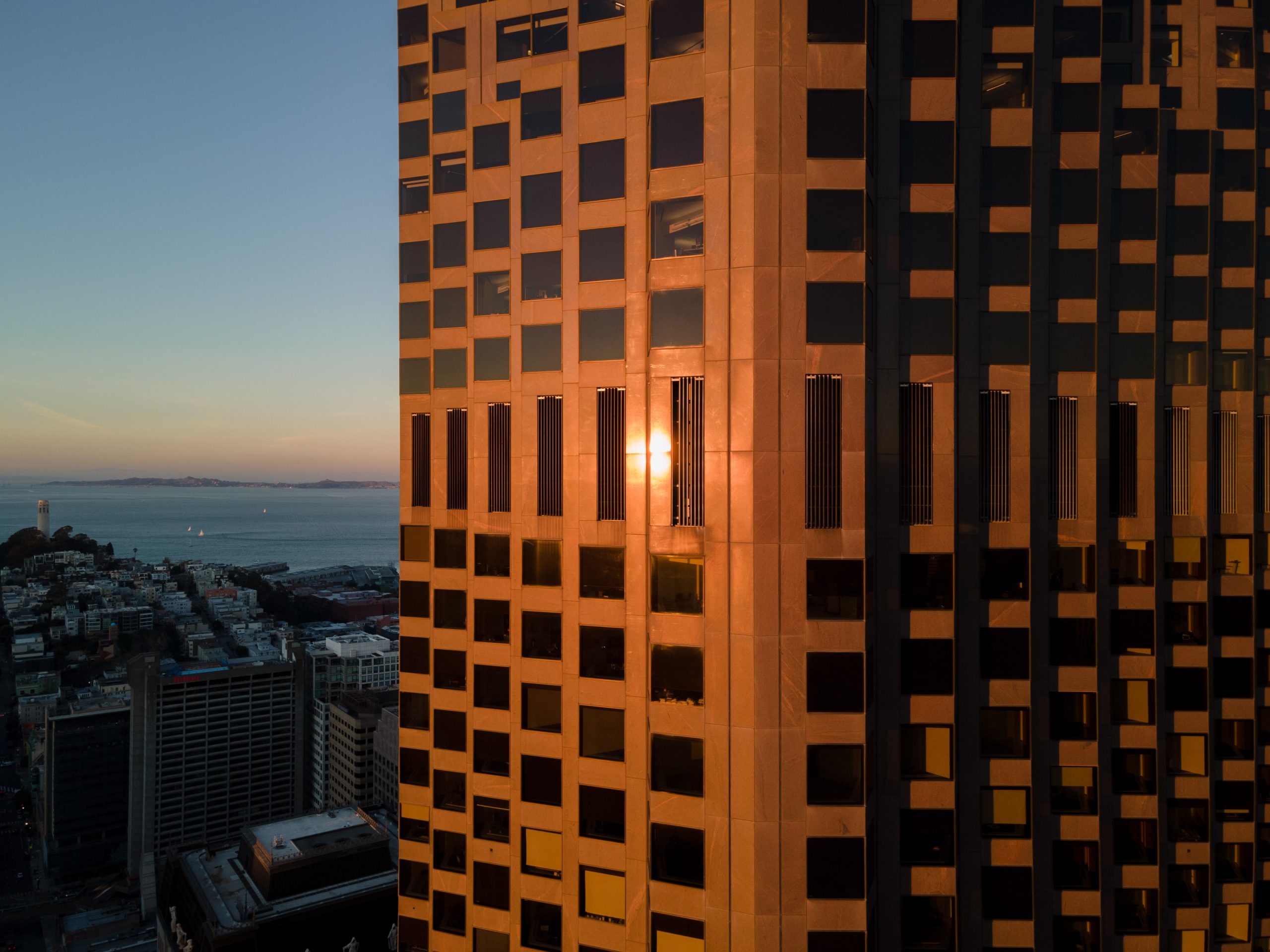 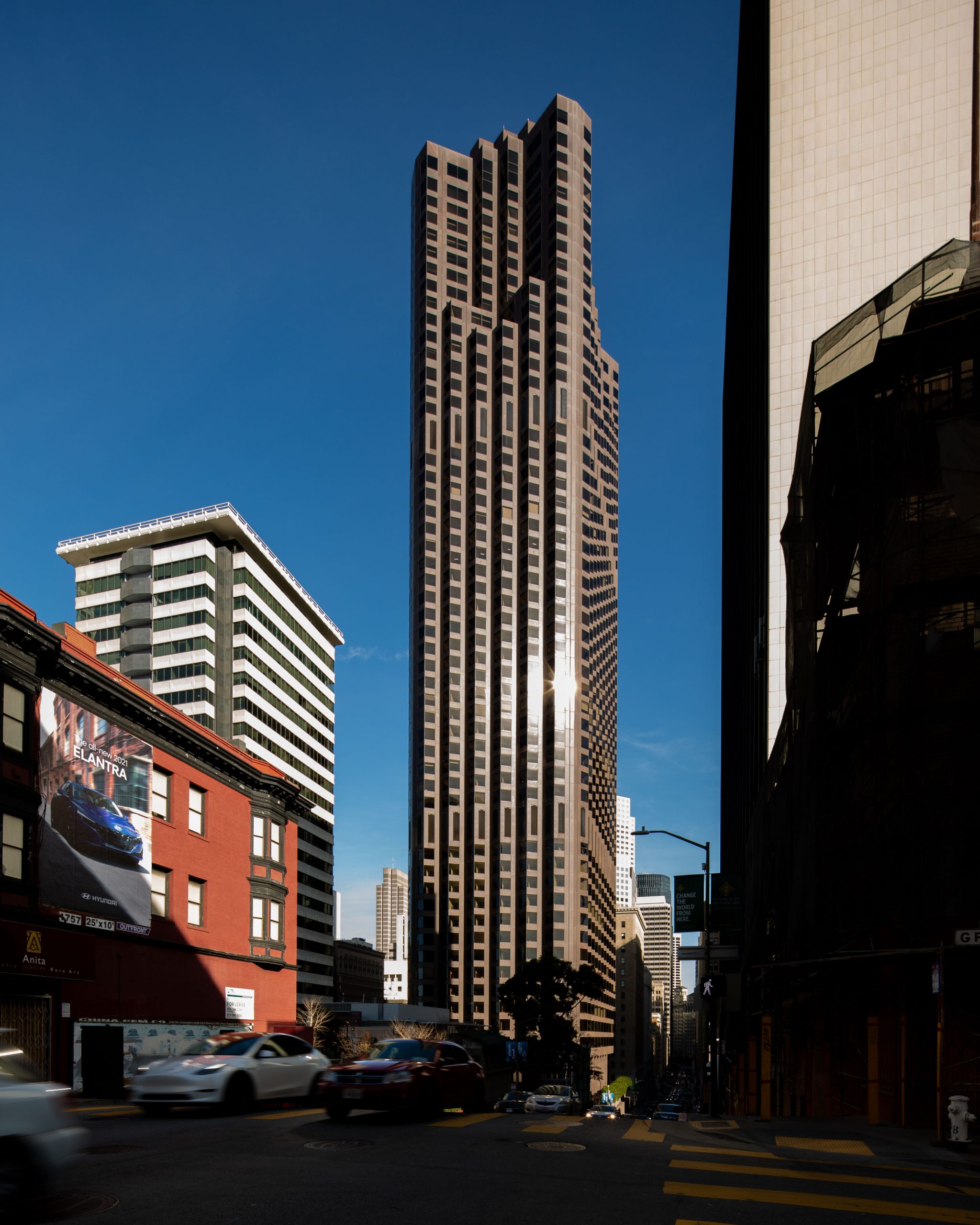 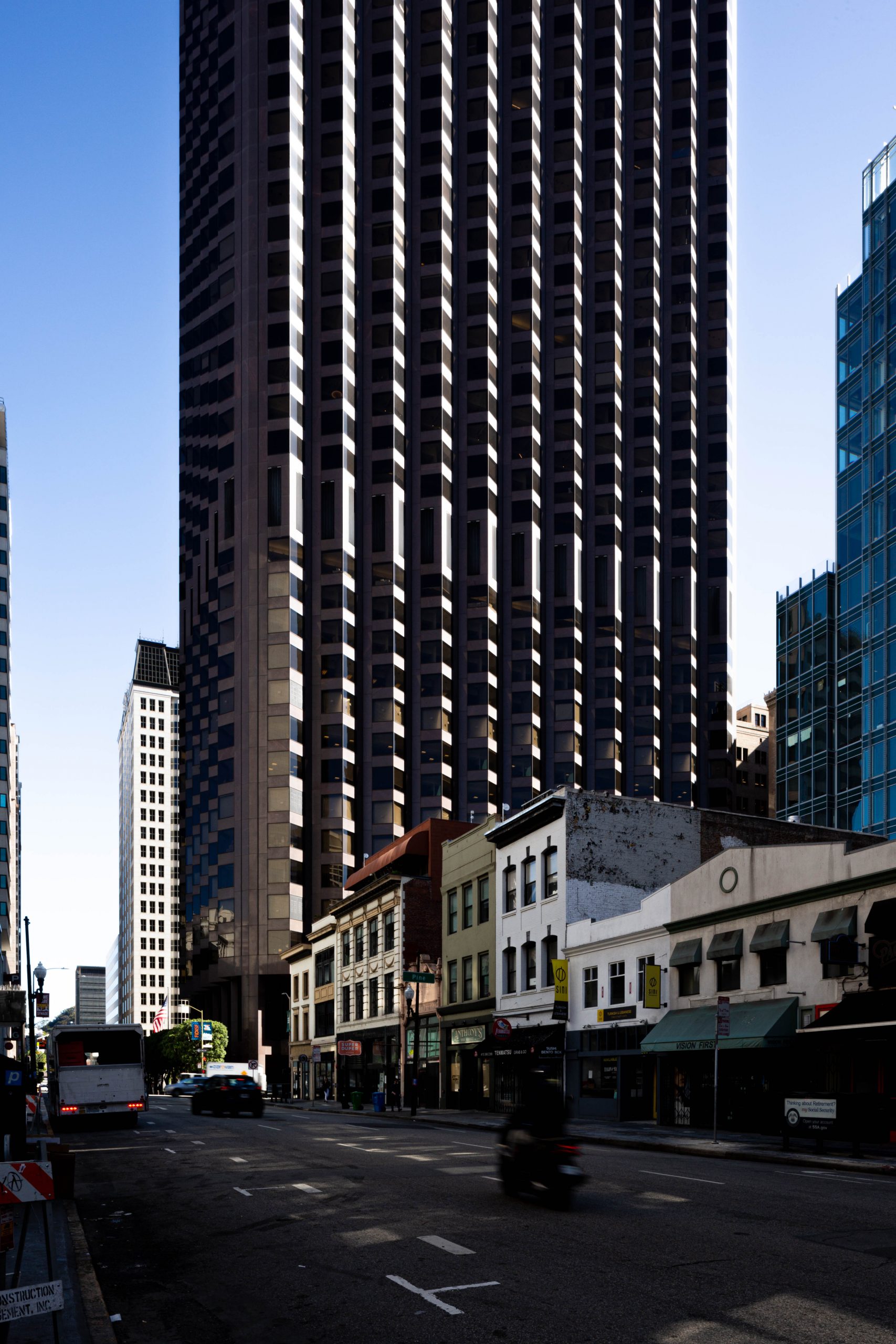 SOM’s Pietro Belluschi, in collaboration with Bernardi & Emmons, is responsible for the design. Dinwiddie Construction was the building’s contractor, while H.J. Brunnier Associates was the structural engineer. 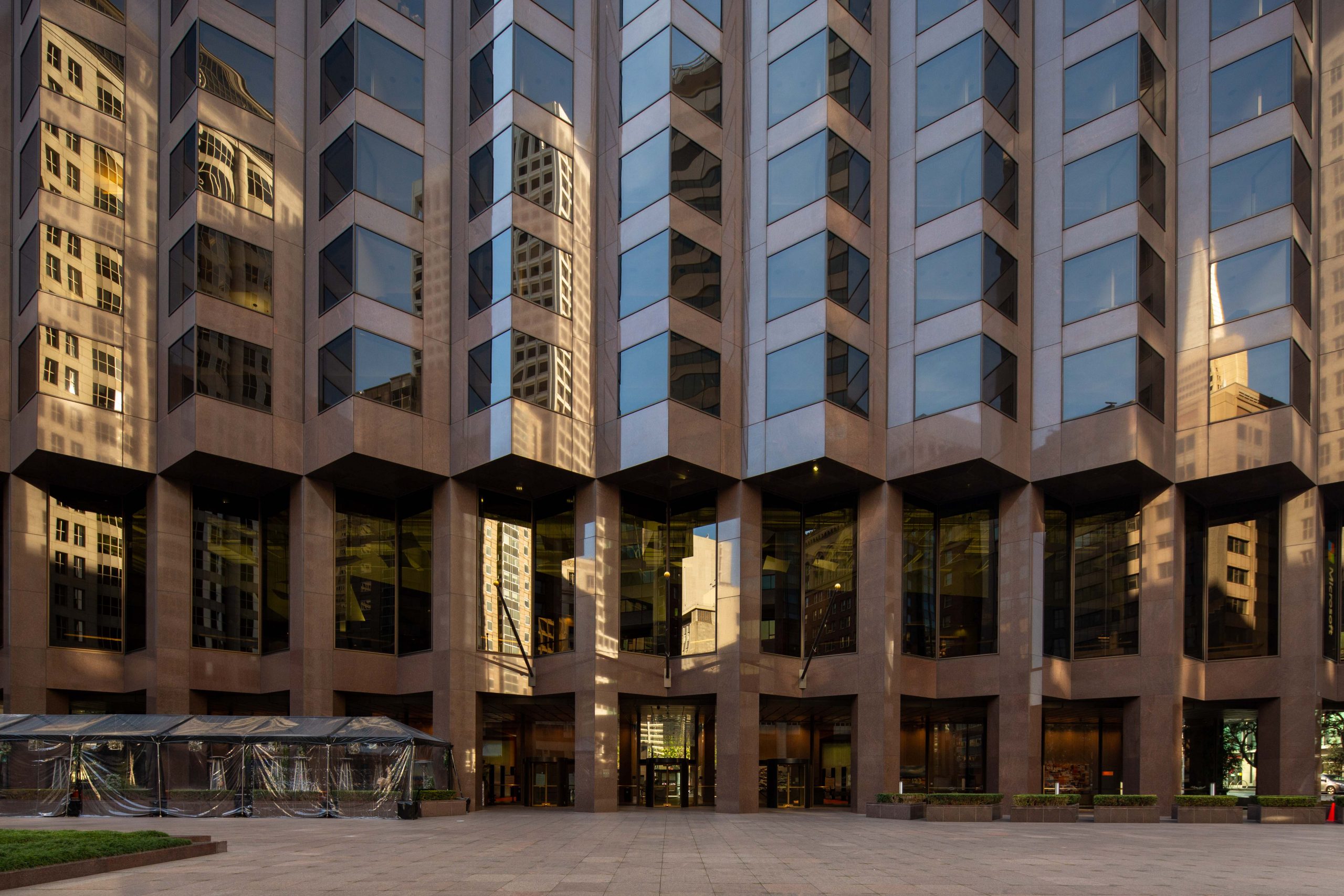 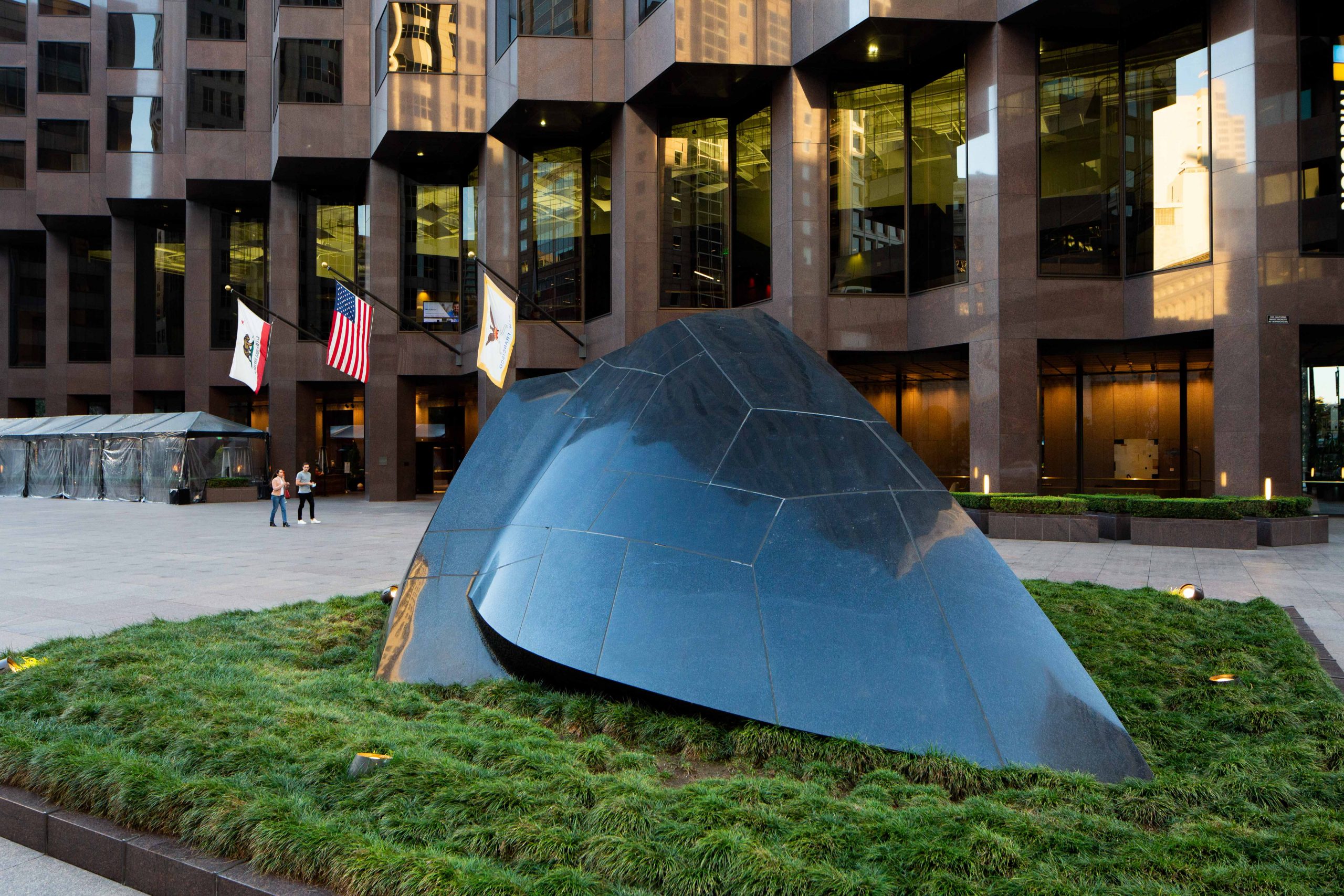 At the base of the tower’s northern facade is A.P. Giannini Plaza, named after the famed financier. Founder of the Bank of Italy, which would become the Bank of America, Giannini’s claims to fame include investing in many modern banking practices still in use today. He was unique for offering banking services to middle-class Americans, funding many movie studios before other lenders would, investing $6 million in the construction of the Golden Gate Bridge, and plenty more. 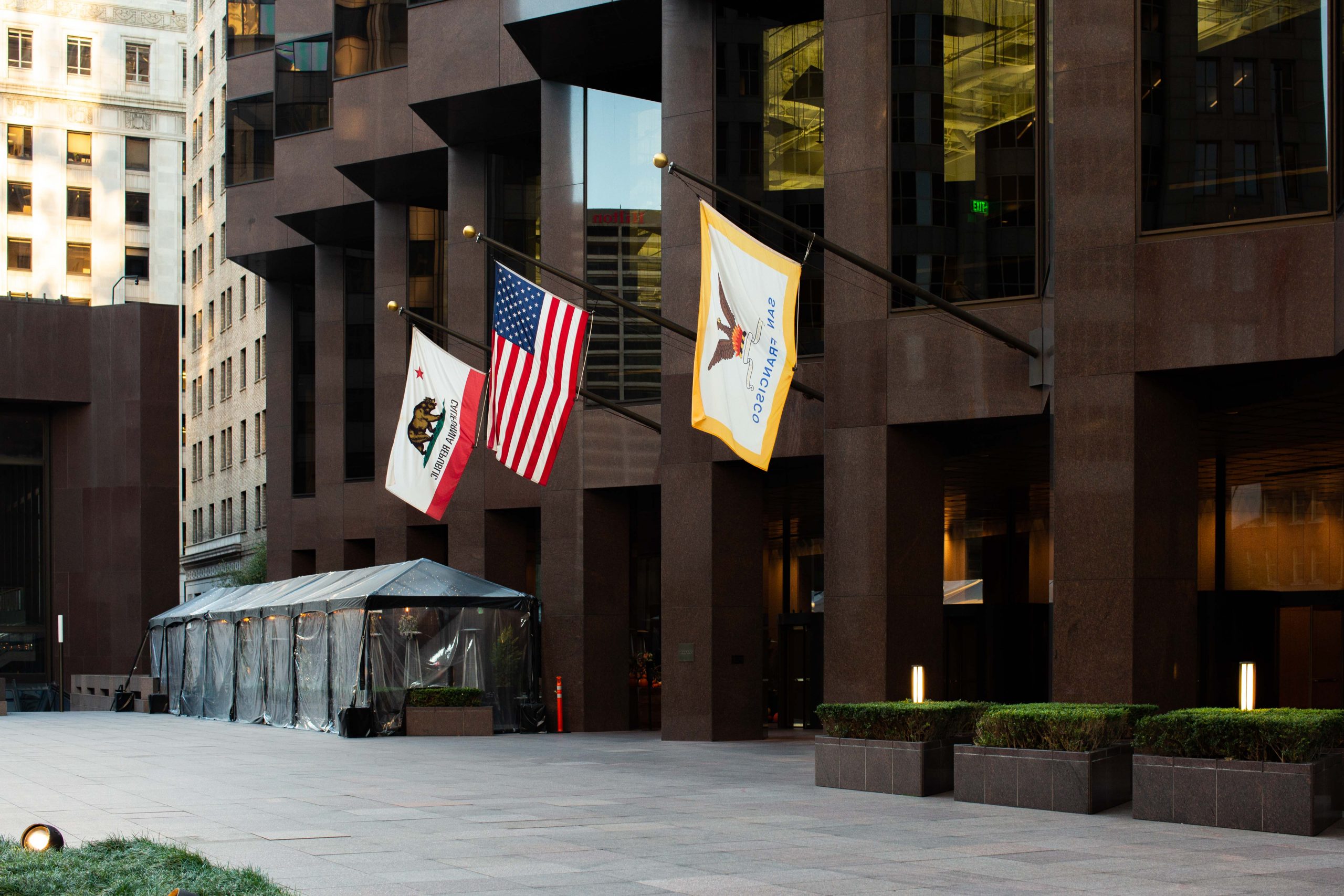 The granite-floor plaza includes seating, landscaping, and a 200-ton sculpture by the Japanese artist, Masayuki Nagare. While the art piece is titled Transcendence, Chronicle writer Herb Caen famously gifted it a more catchy name, the Banker’s Heart. The work was installed in 1971, first placed directly on the granite. Now, the heart rests on a bed of overgrown grass. 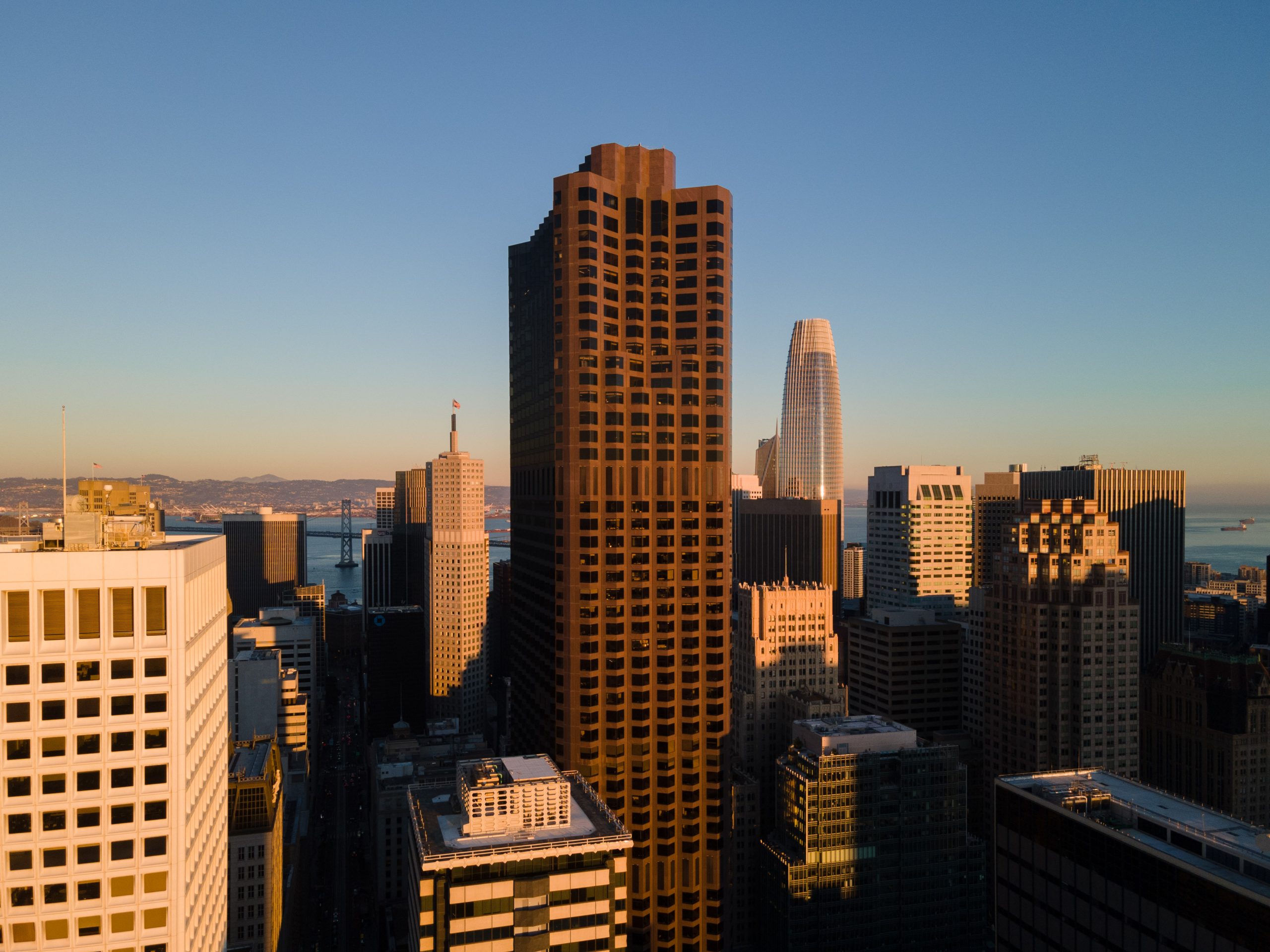 555 California Street with the Salesforce Tower in the background

The 52-story building is currently the fourth-tallest building in the Bay Area, 90th in the United States, and 727th tallest in the world. The LEED Gold-certified development yields 1.79 million square feet across three structures and four below-grade floors, including annexes at 315 and 345 Montgomery Street. Parking is included for 450 vehicles on site. The tower is serviced by 38 elevators. 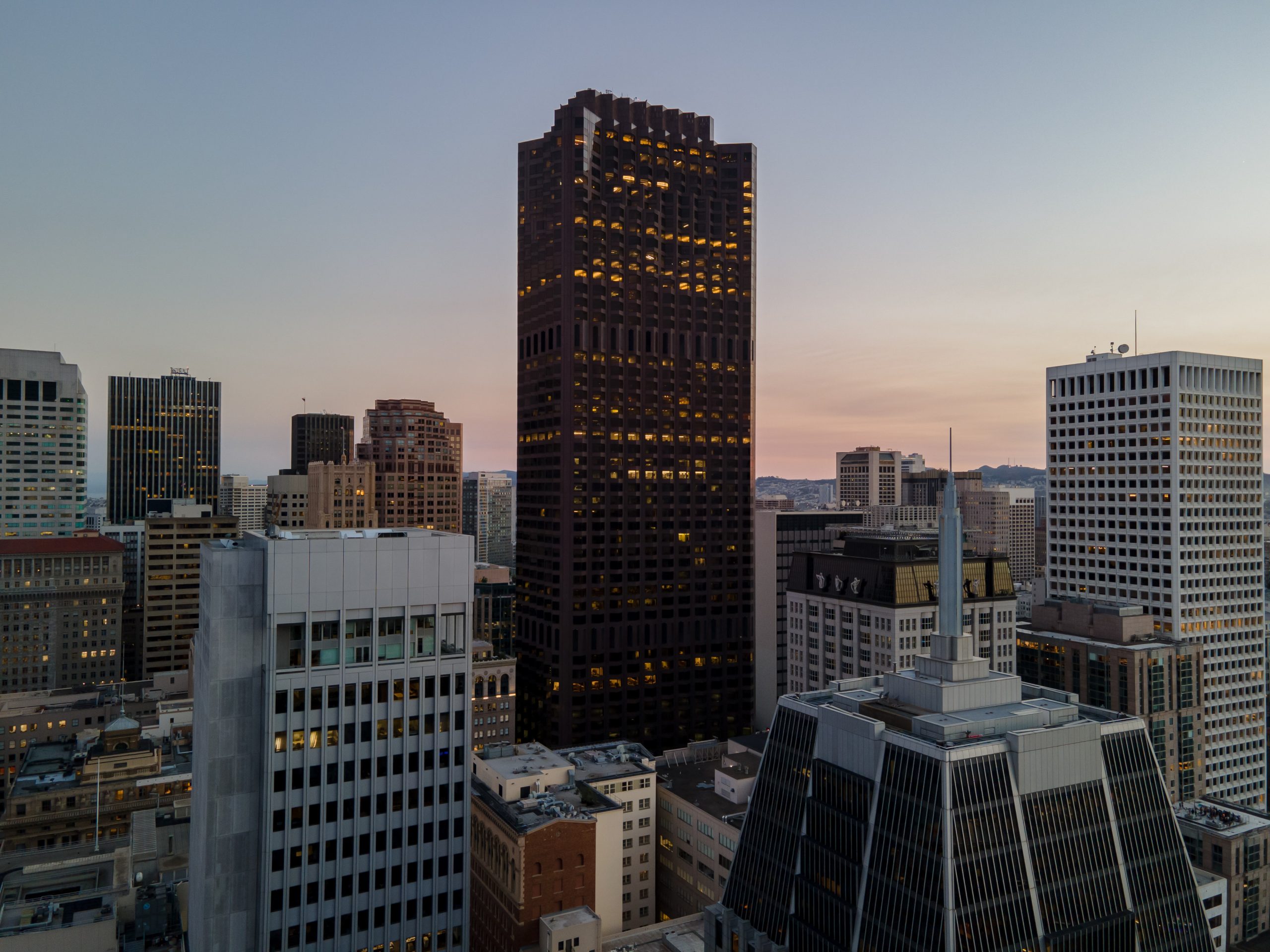 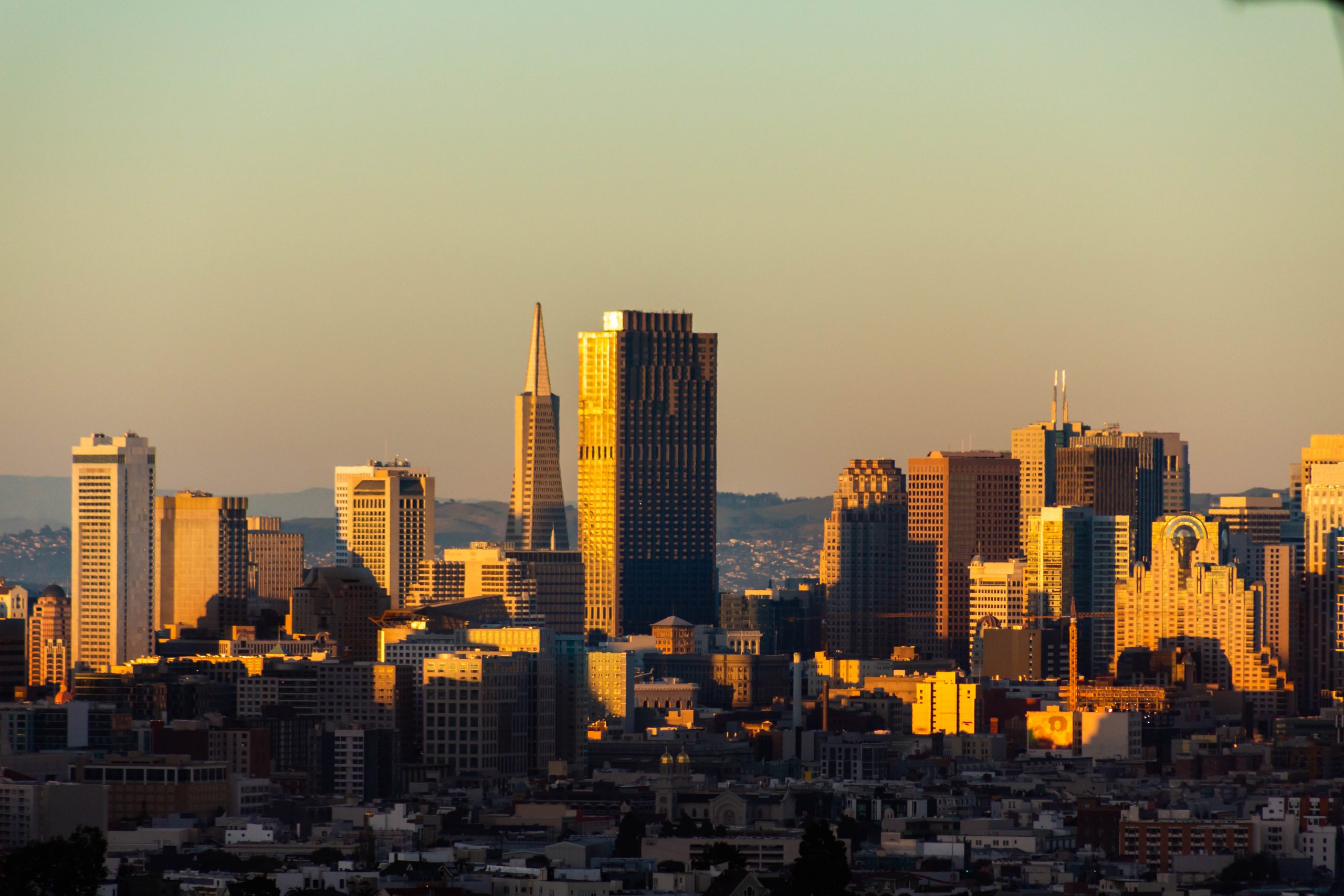 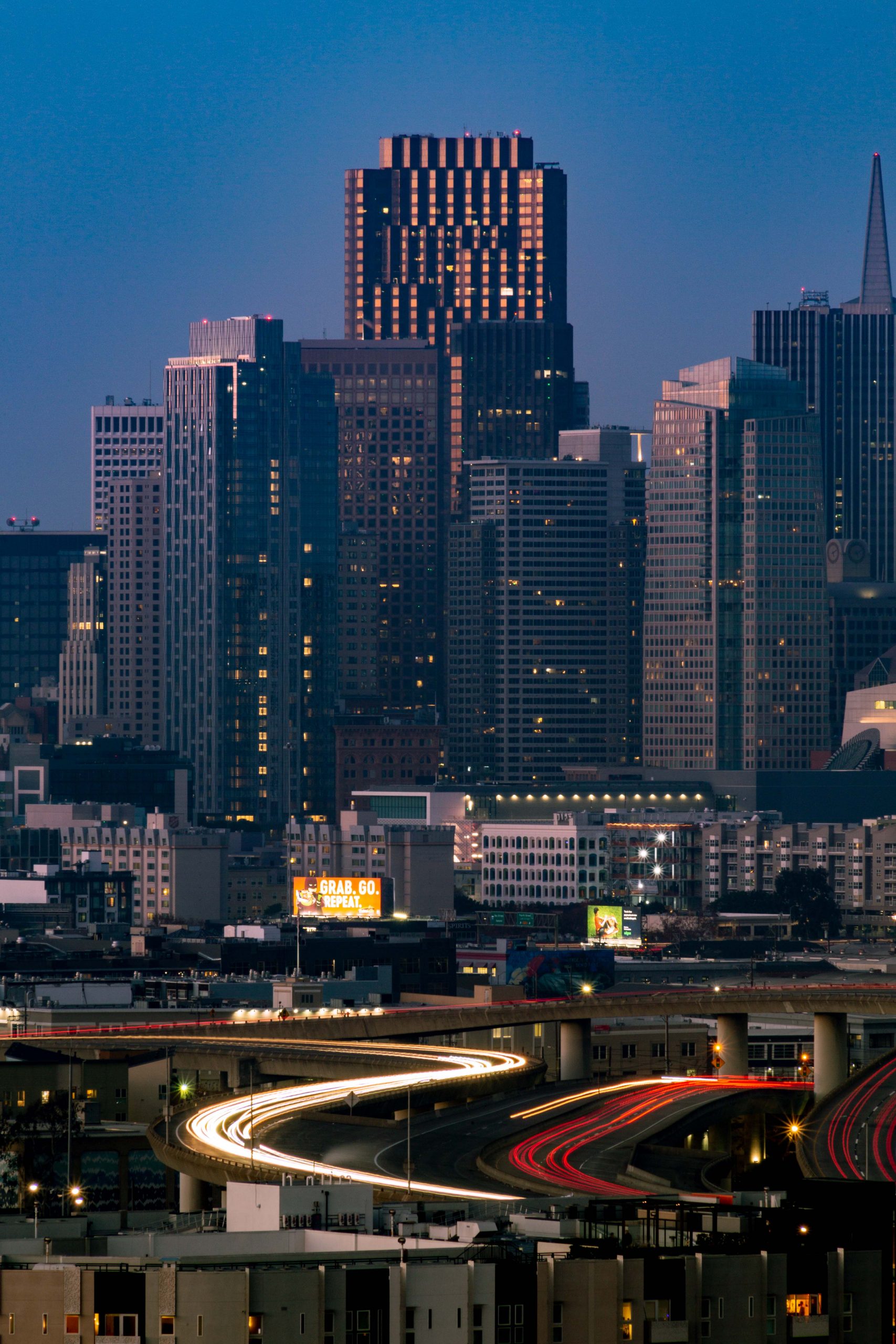 The current tenants include Jones Day, Kirkland & Ellis, McKinsey & Company, Microsoft, Morgan Stanley, Sidley Austin, Supercell, and UBS. Bank of America, though no longer an office tenant of the building, does maintain a customer-serving bank at ground level.