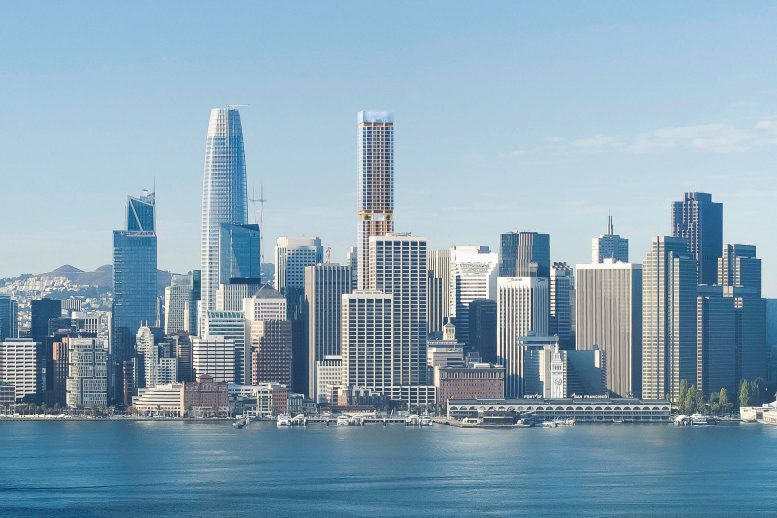 High-quality renderings and planning documents have now been released for the 200 Mission Street campus project, immediately after Hines announced the groundbreaking news that 50 Main Street would reach 1,066 feet tall. While the renderings provide greater insight into the architectural design of 50 Main Street supertall by Foster + Partners, the new documents have revealed foundation details and the estimated timeline for construction. 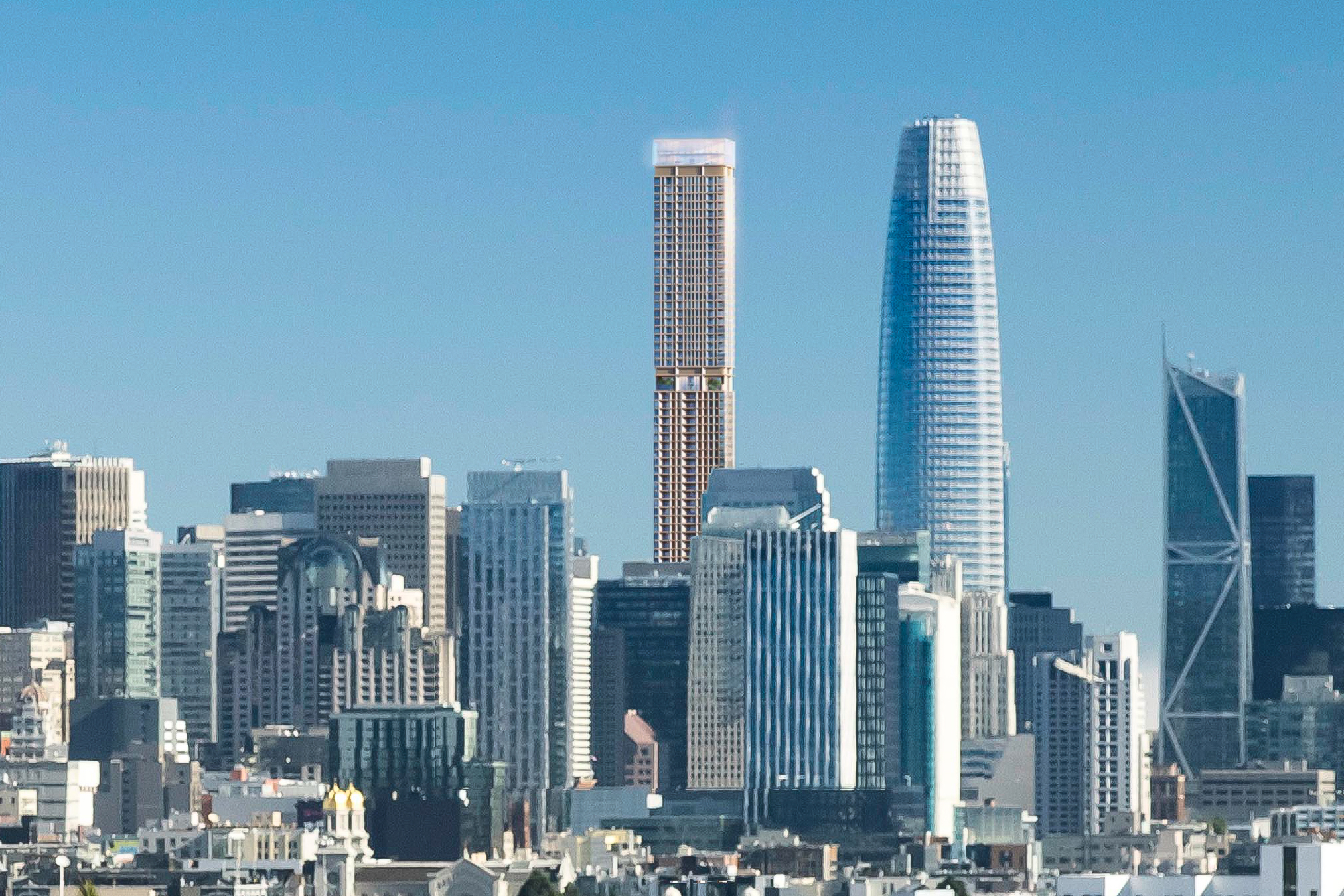 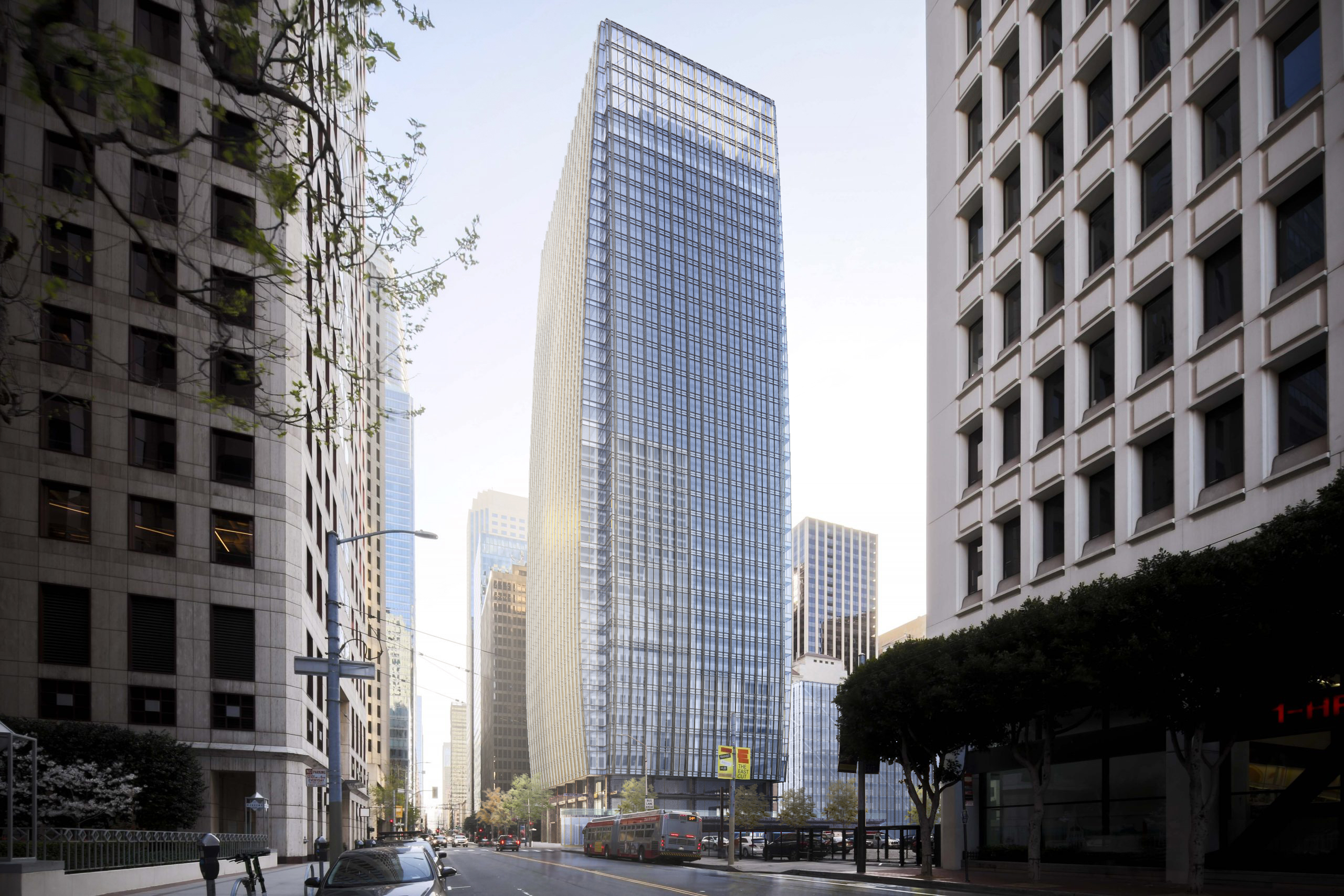 Hines has submitted an application of California Senate Bill 330, also known as the Housing Crisis Act of 2019. The legislation states that SB330 “prohibits a local agency from disapproving, or conditioning approval in a manner that renders infeasible, a housing development project for very low, low-, or moderate-income households or an emergency shelter unless the local agency makes specified written findings based on a preponderance of the evidence in the record.” This law is being tested in San Francisco after the Board of Supervisors rejected 469 Stevenson Street and 450 O’Farrell Street. 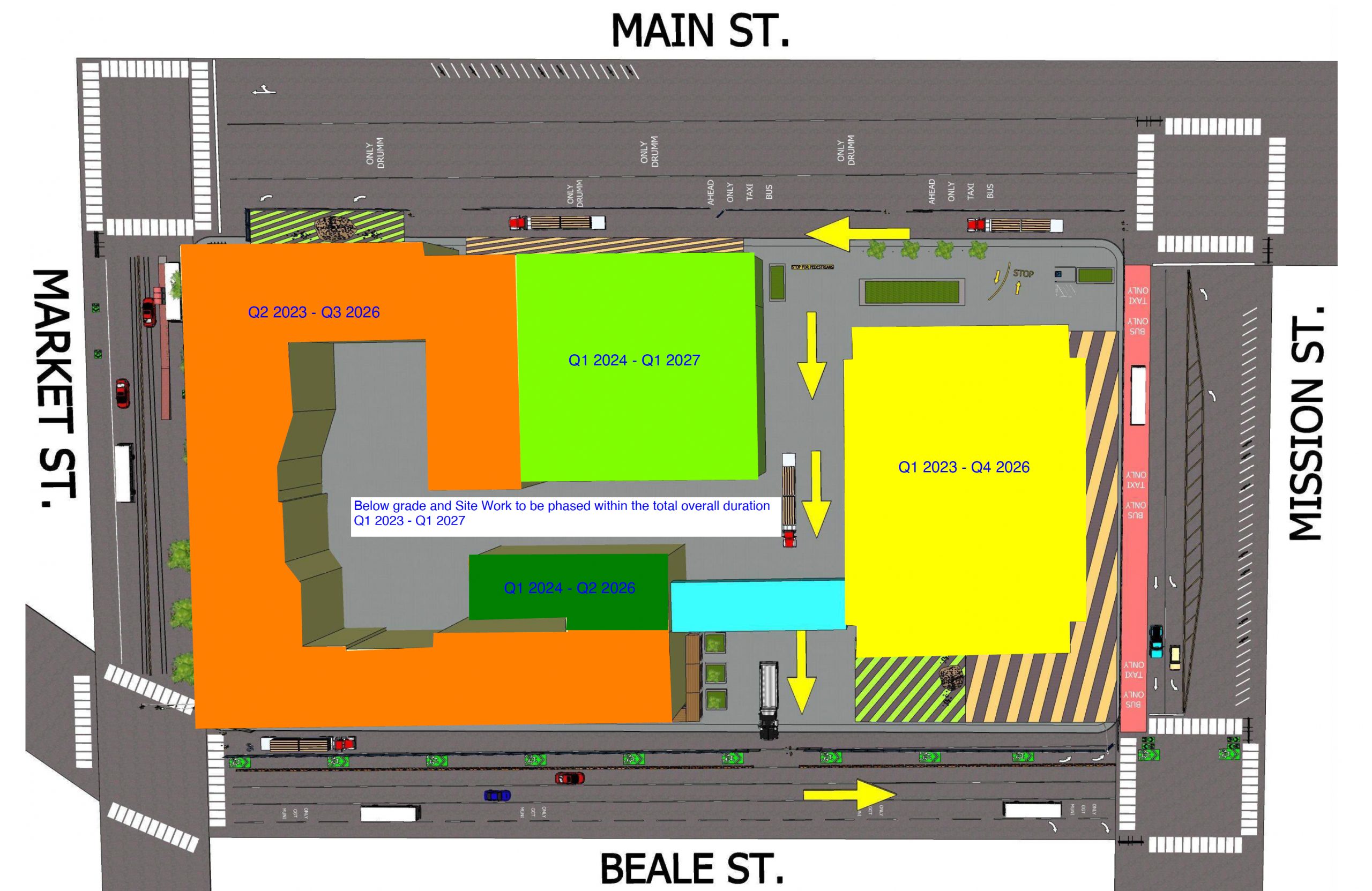 Assuming the permitting process is smooth, construction is expected with the 1970s-era tower at 77 Beale Street, now named 200 Mission Street, in the first quarter of 2023. The reskinning and redevelopment of the interiors will complete by the final quarter of 2026. In the second quarter of 2023, crews are expected to begin with the historic rehabilitation of 215-245 Market Street and finish in the third quarter of 2026.

However, anticipation is most highly focused on the first quarter of 2024, when crews will officially start work on 50 Main Street, the 85-story residential supertall. In the same quarter, crews will begin working on the inner-block privately owned public open space, i.e., POPOS. The public open space will be the first to open on the Campus in mid-2026, and 50 Main Street will be the last component to open, with an estimated completion date in the first quarter of 2027. 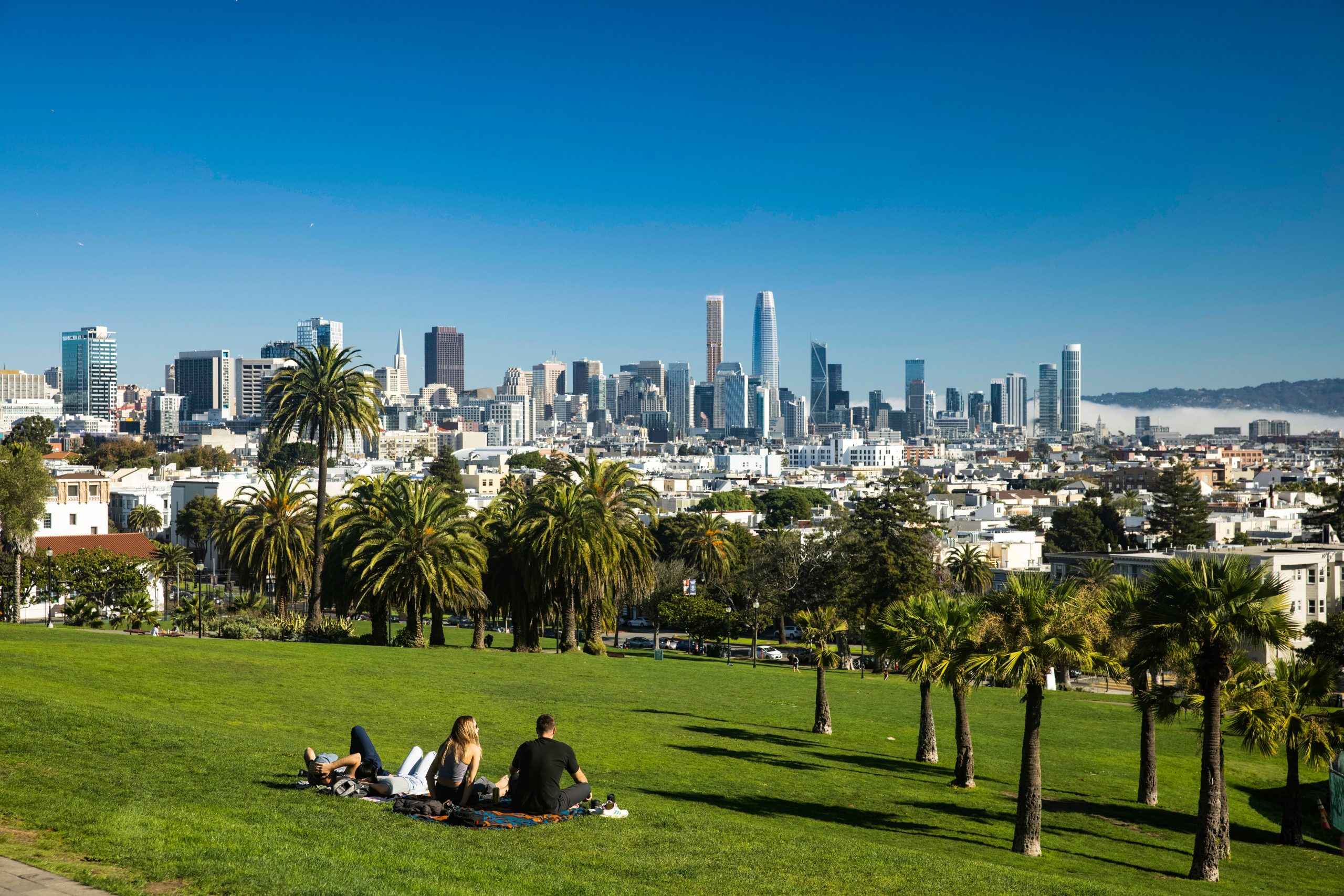 The foundation of 50 Main Street is sure to be a primary focus for residents of San Francisco. With the ongoing engineering project below the Millennium Tower to correct the leaning high-rise, many are anxious about the prospect of a new skyscraper, no less the second tallest skyscraper in the city. Although the unique conditions that might have led to the leaning at Millennium Tower are not present for 50 Main Street, documents provide several key assurances.

Foundation work is expected to last for most of 2024. According to the construction documents, a drill rig will be utilized for the deep foundation work, with the structural excavation of thirty concrete caissons, each eight feet wide and 350 feet deep. With bedrock on average 300 feet below sea level in San Francisco, this will ensure the thirty massive caissons will reach bedrock. For comparison, the much larger Salesforce Tower included 42 piles reaching bedrock.

The international engineering and environmental consultancy, ENGEO, is responsible for the geotechnical report. The firm stated in their independent report on the 200 Mission Street campus that “based on our initial assessment, it is our opinion that the proposed Atlas Block development is feasible from a geotechnical standpoint.” 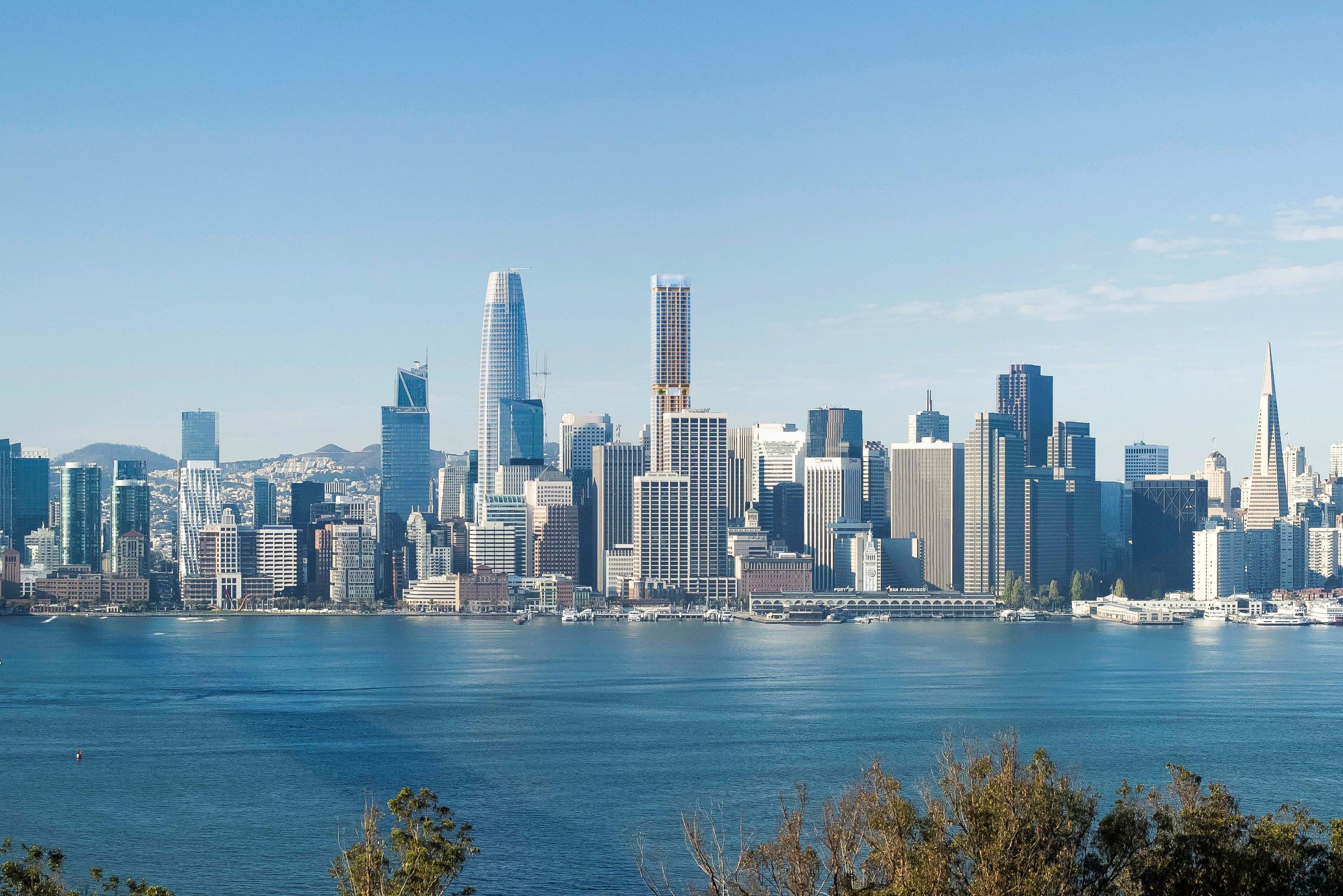 With new renderings, the design for 50 Main Street and 200 Mission Street have been illuminated in greater detail.

The proposed design for 50 Main Street is by Foster + Partners, a UK-founded architecture firm known for its innovative designs and pivotal role in developing highly complex curtain-wall technology. The tower is to rise 85 stories to achieve a rooftop height of 1,066 feet tall, making it the second tallest building in San Francisco, four feet shy of the Salesforce Tower.

Foster + Partners founder, Norman Foster, shared with the public that “50 Main is part of the reimagining of an entire city block, providing a hub of community within the East Cut district’s ongoing transformation into a welcoming, vibrant mixed-use neighborhood in the heart of San Francisco.“ Foster went on to express that, as “a beacon of sustainable design with a redwood forest at its base, the residential tower seeks to blend with the undulating skyline of the city, while offering a unique vision that is expressive of its time, complementary to its historic context, and looks firmly toward the future.” 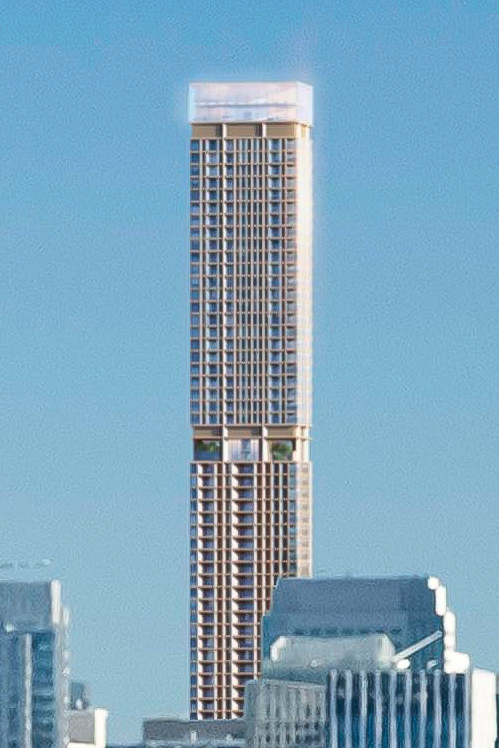 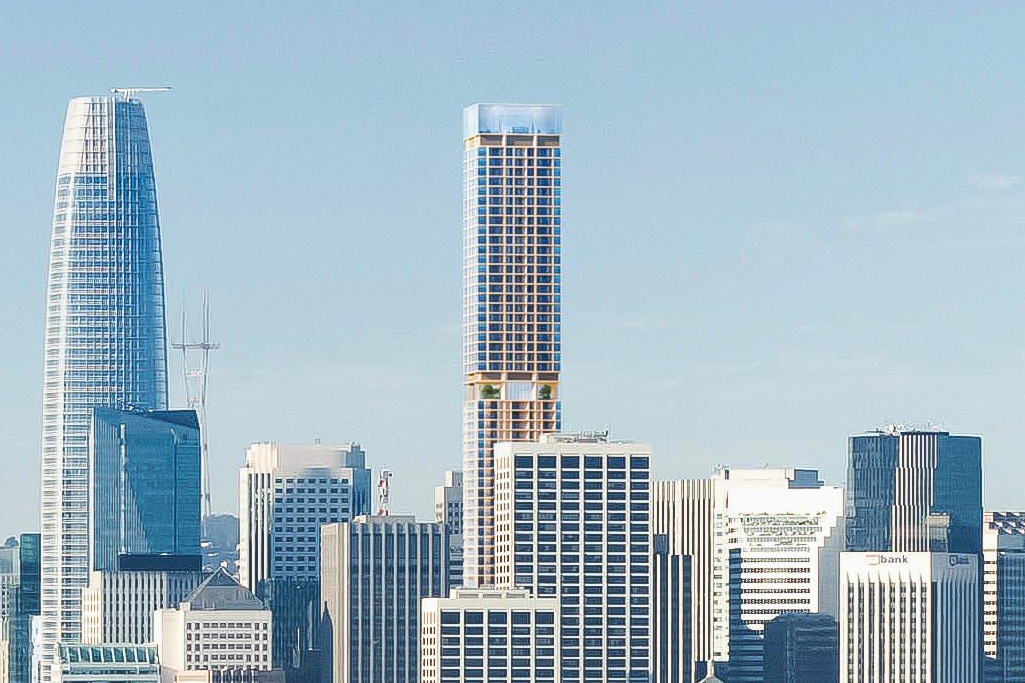 50 Main Street standing above the rest of the city, design by Foster + Partners, rendering courtesy Hines 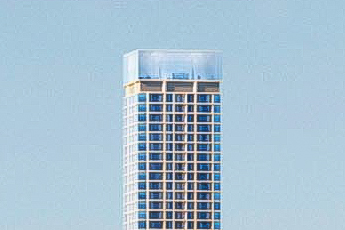 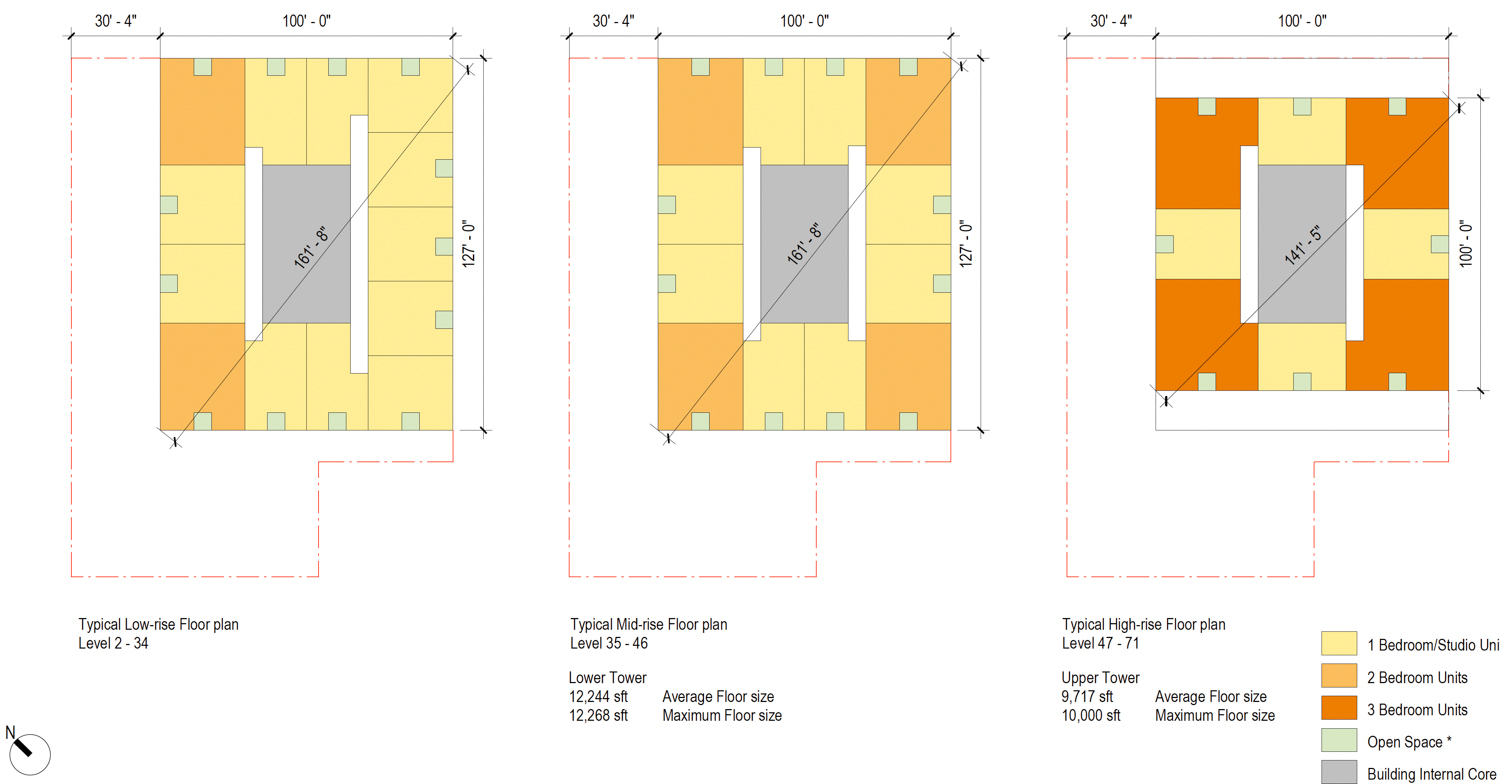 The renderings indeed show the tower infuses natural timber hues with floor-to-ceiling glass, implying that the building will feature mass timber in the facade. However, construction documents state the structure will be made of steel.

For 200 Mission Street, Pickard Chilton will be responsible for reskinning the 1960s-era office building designed by Hertzka and Knowles. The new design will bulge out from the original envelop with curtain-wall glass, adding nearly 25,000 square feet of new office space. The tower is to be capped with the ‘Sky Garden,’ with mature trees and open green space. 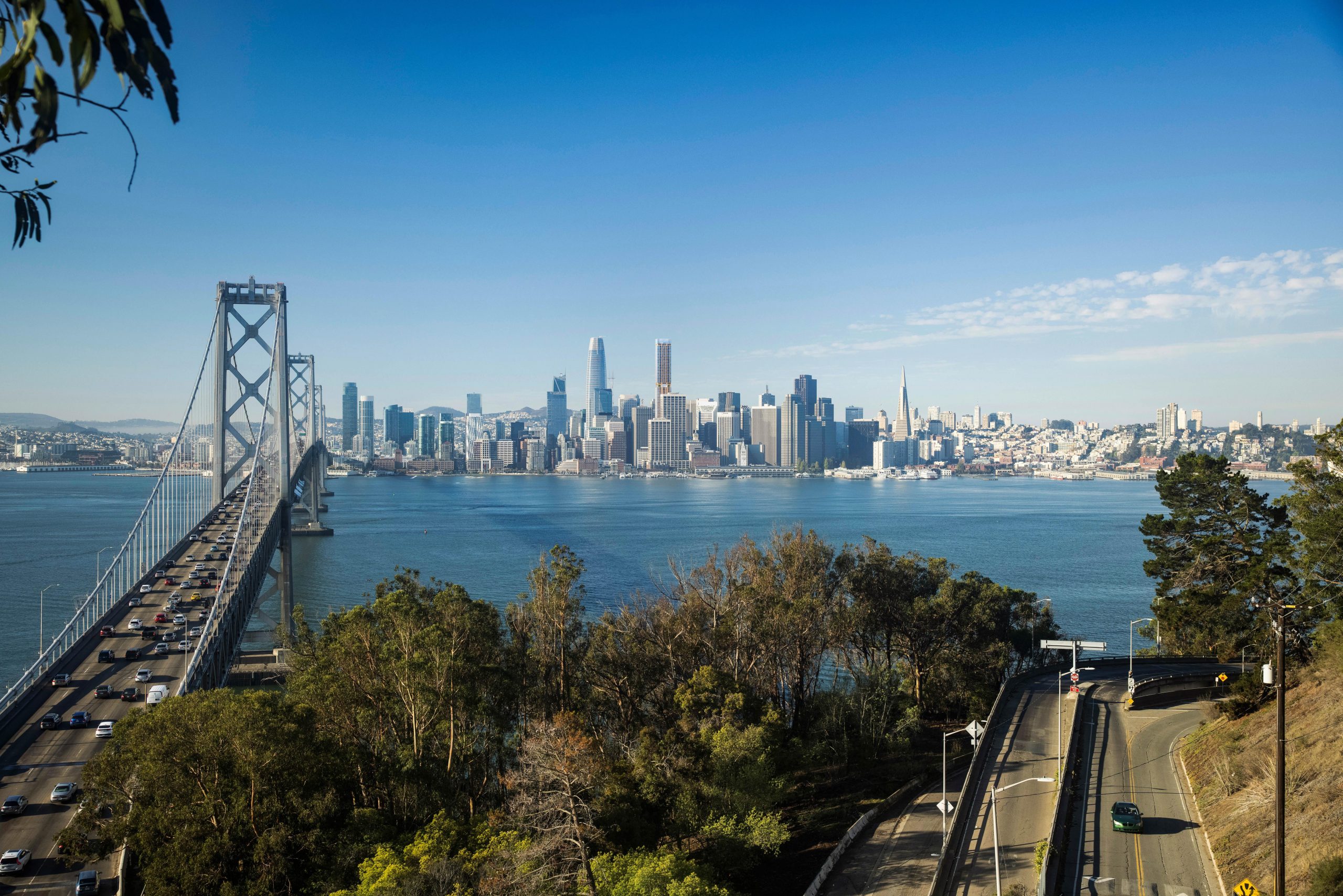 The supertall will be raised using a tower crane, and architectural coatings and finishings will be installed between mid-2025 and late 2026. Construction work for the 200 Mission Street Campus is expected to cost around $372 million, though the whole development cost is almost certain to exceed one billion dollars.