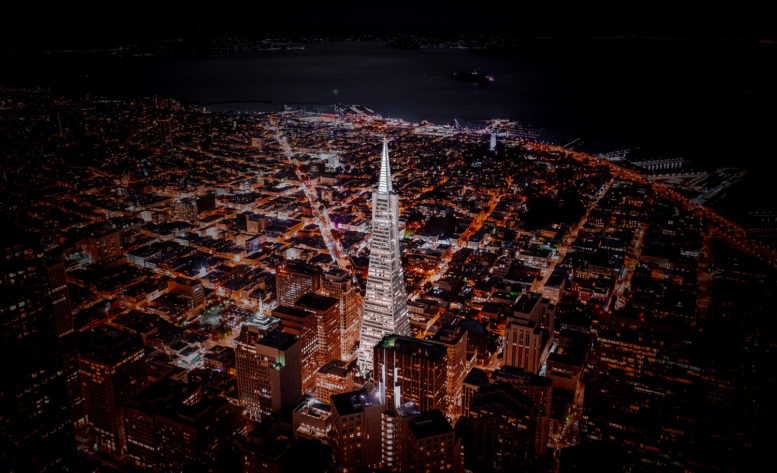 Construction work has begun on the renovation of San Francisco’s most iconic skyscraper, the Transamerica Pyramid. The project is led by the New York City-based property owner, SHVO, with design by Foster + Partners. Focused on the public open space and the pyramid’s interiors, phase one will reemphasize the iconic modernist design inside, update the offices, increase on-site amenities, and lease 45,000 square feet for a Manhattan-based elite social club, all in a bid to elevate the pyramid from a visual marvel into a magnetic destination for both tenants and the public. 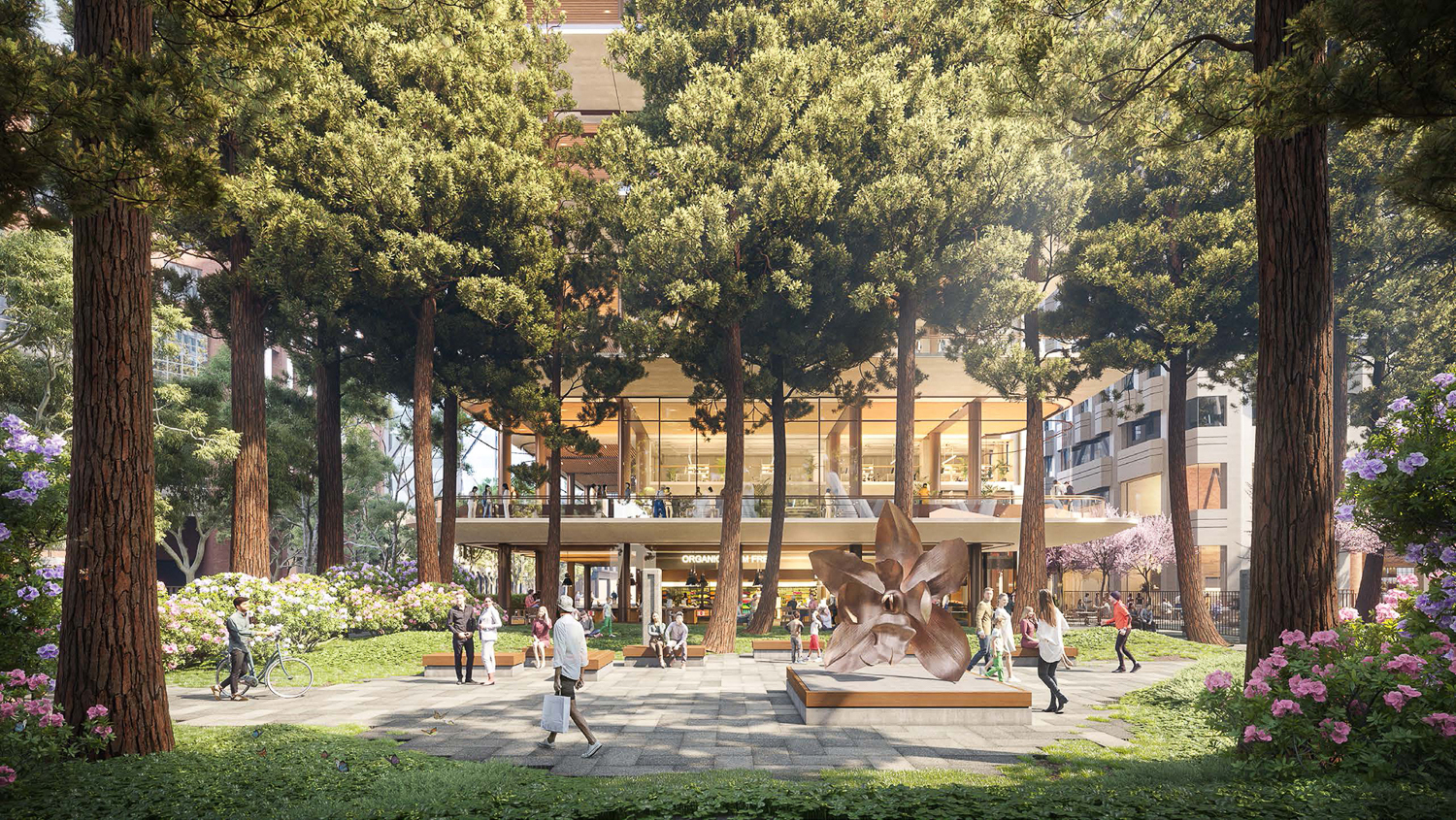 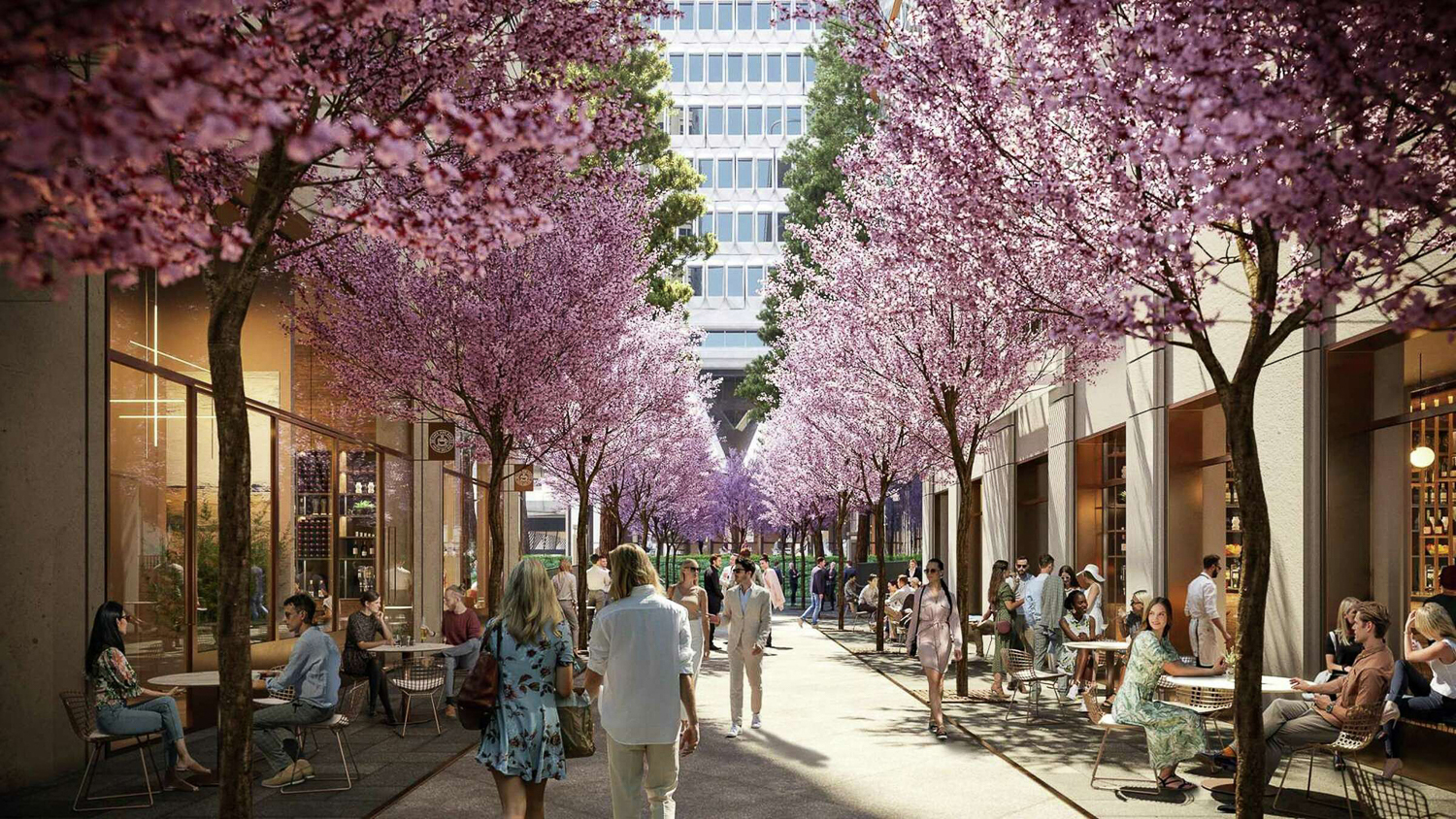 The project is expected to cost $400 million, with $250 million to renovate the pyramid Redwood Park and the Mark Twain Street located on the block. Mark Twain Street will be transformed from an unused alleyway into a tree-lined destination with shops and seating leading toward Redwood Park. The pyramid will bring in new restaurants, a bookstore, and a flower shop at street level.

The next $150 million phase of construction will be for 505 Sansome Street, and 545 Sansome Street, for which permit approval is still required. That phase will include increasing floor space by 100,000 square feet and reskinning the facade. 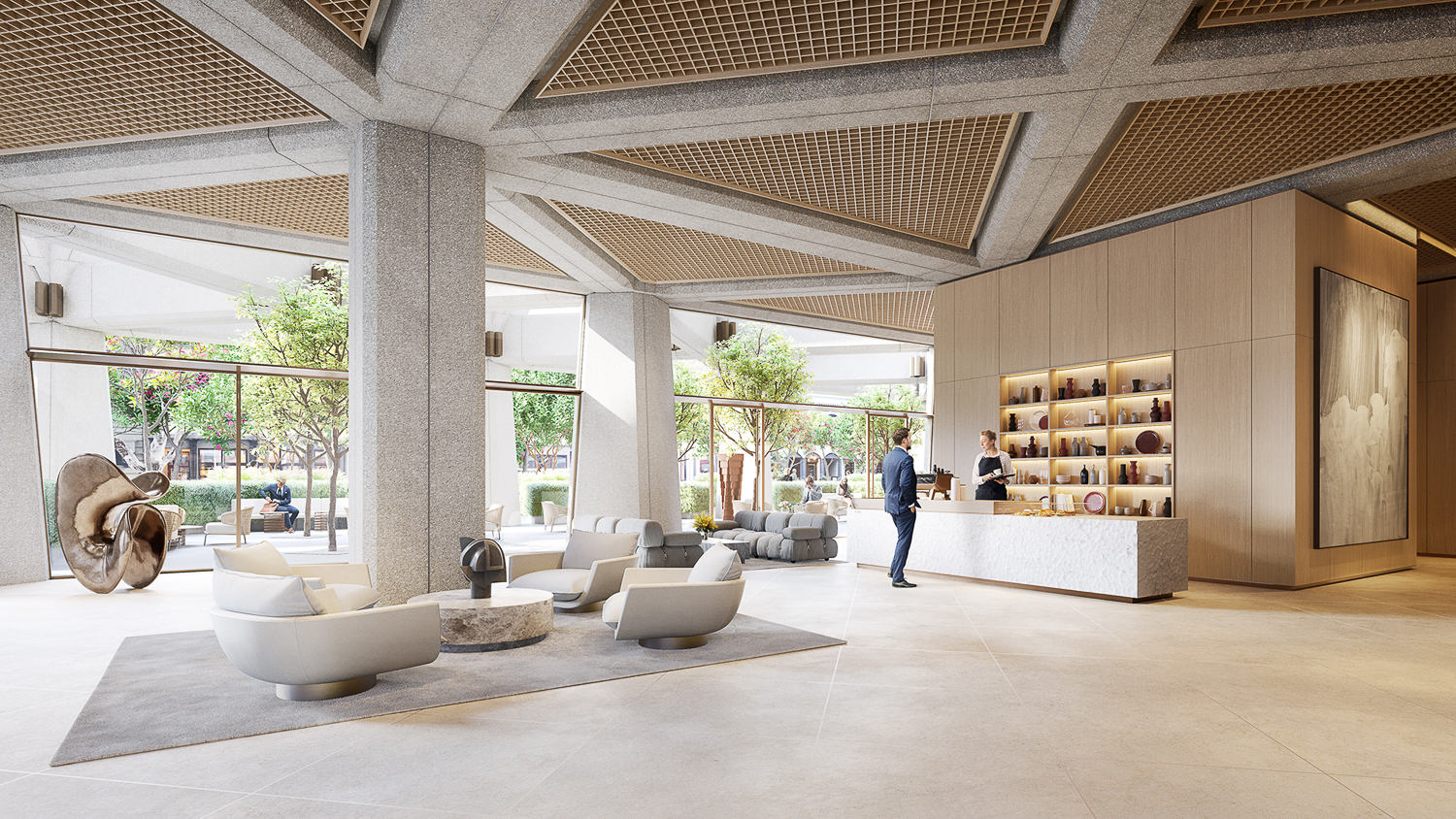 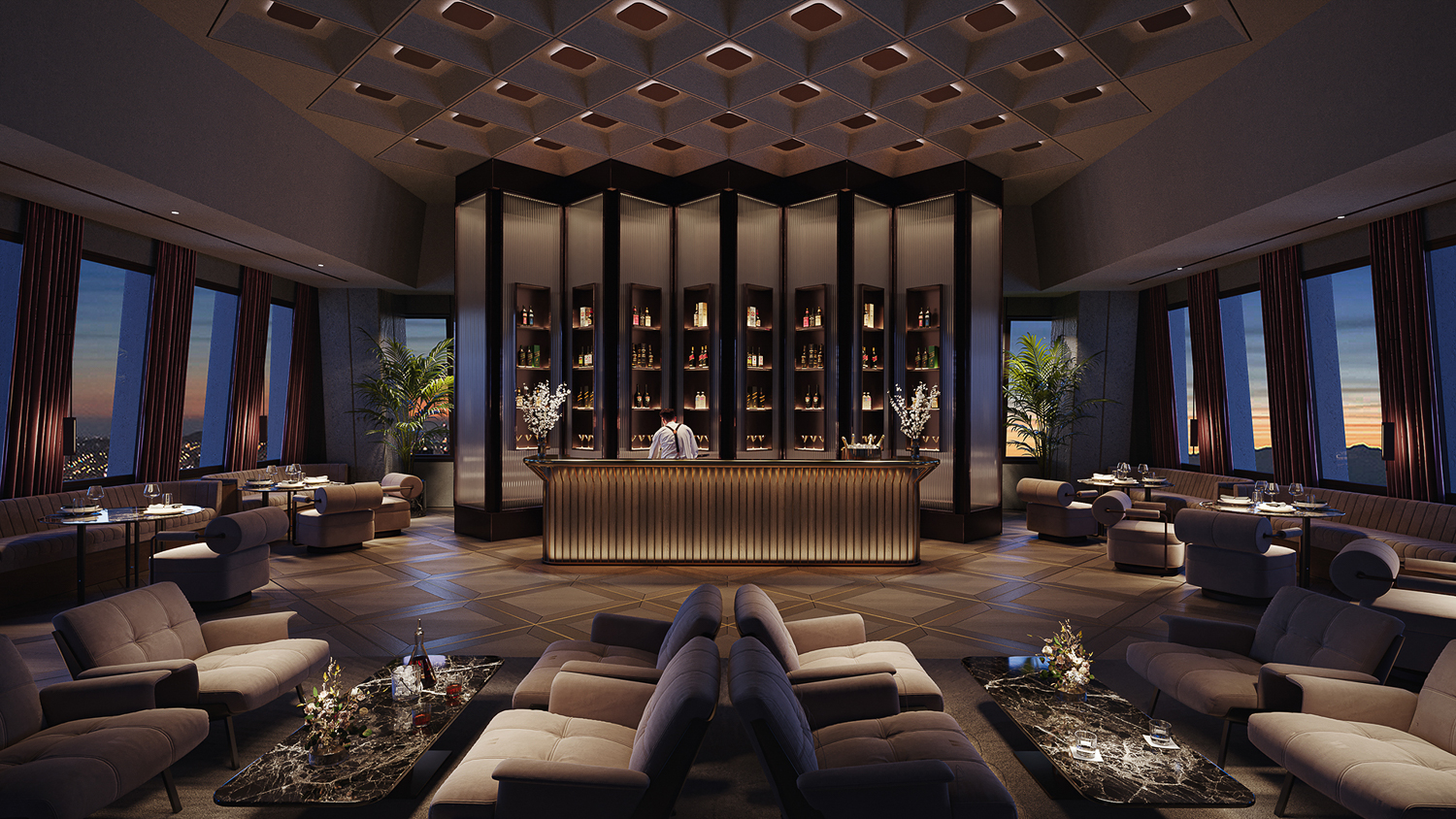 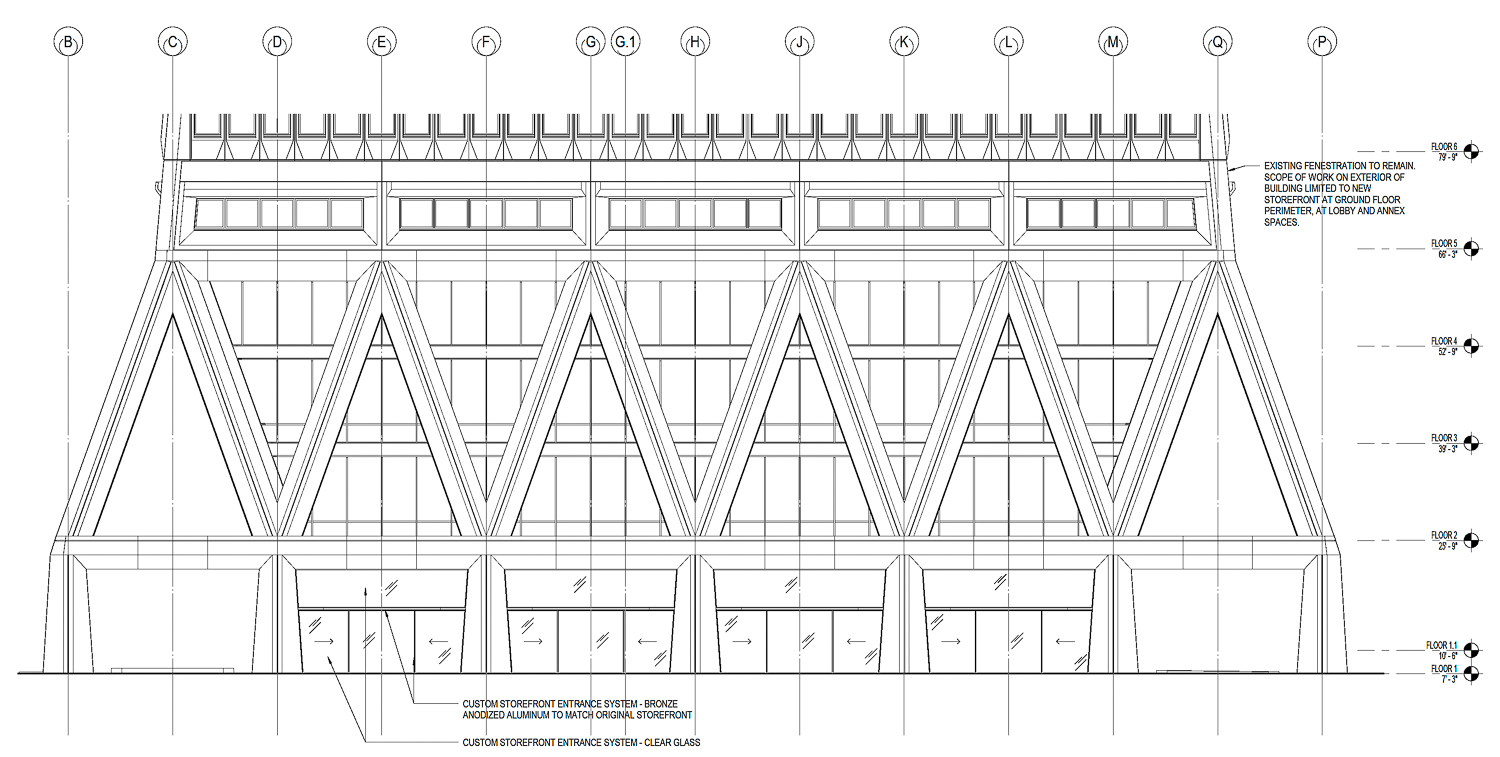 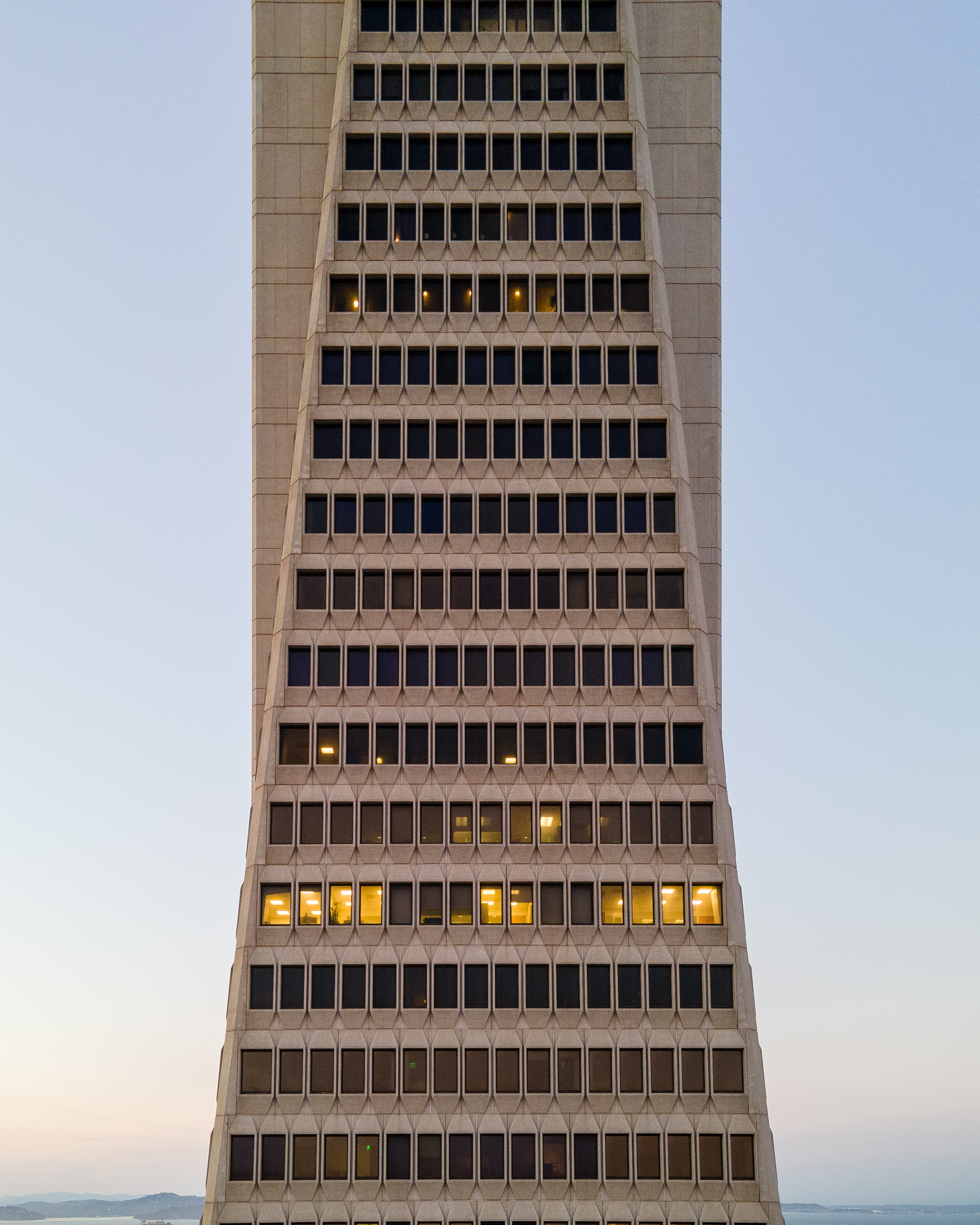 The renovation comes after SHVO purchased the Transamerica Pyramid in 2020 for $650 million, with financing by Deutsche Bank. Core is the most notable tenant as an elite social club, with memberships starting at $50,000 with annual fees of nearly $20,000. The club signed a lease for 45,000 square feet, including work suites, a restaurant, gym, outdoor space, and an on-site skincare program. The club is expected to open next year. According to SHVO, other tenants in the pyramid include Northwest Mutual, Thoma Bravo, Callan Associates, Sterling Bank & Trust, and Baker Hostetler.

William L. Pereira & Associates is responsible for the 1972-era. The Brutalist design has a repetitive exterior with over three thousand windows, clad with crushed quartz to give the pyramid its distinctive bright tone. The base is opened up thanks to a latticework of X-bracing pillars. Interior design by Foster will help reveal previously-hidden X-Bracing on the lobby ceiling. 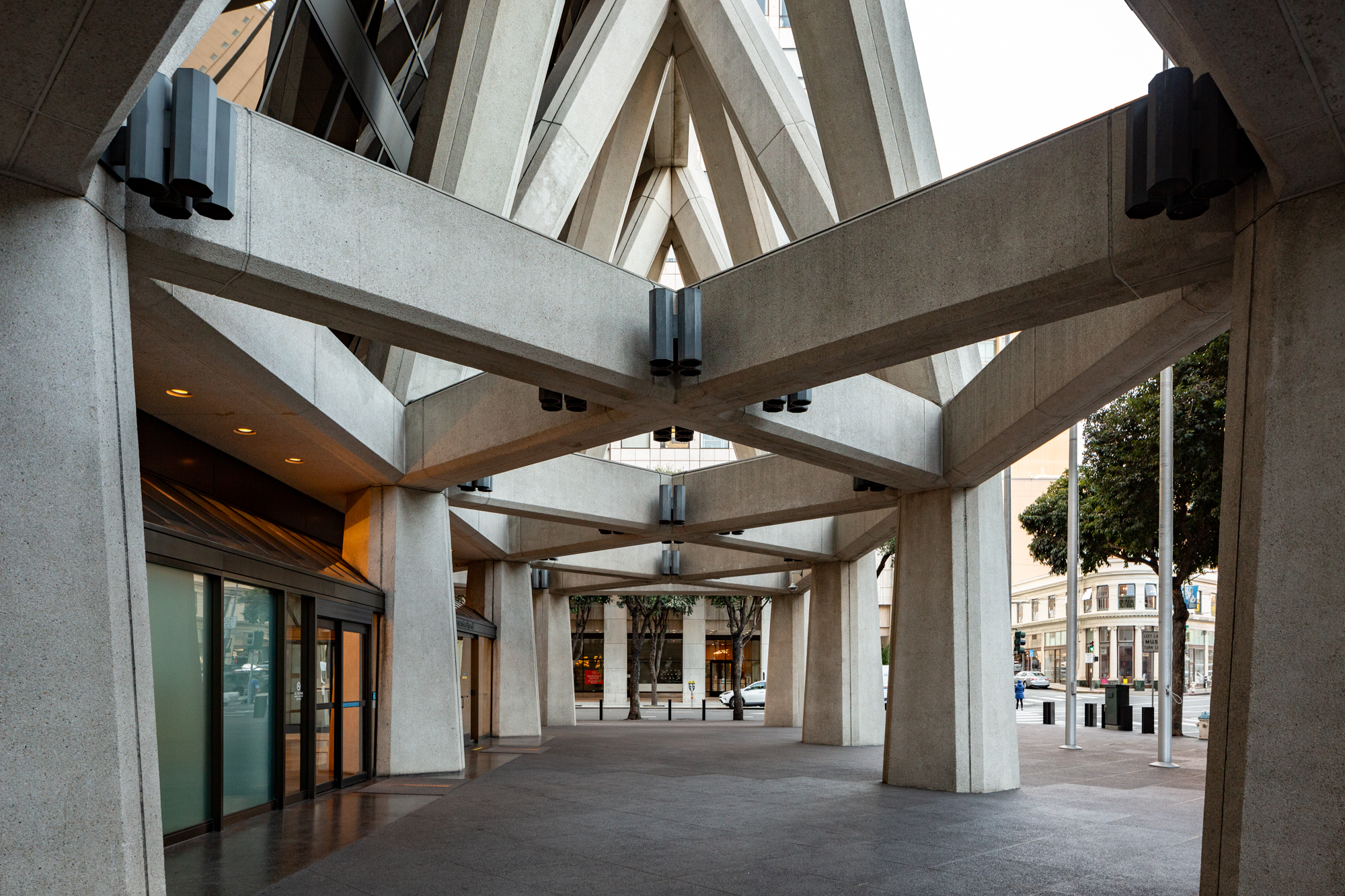 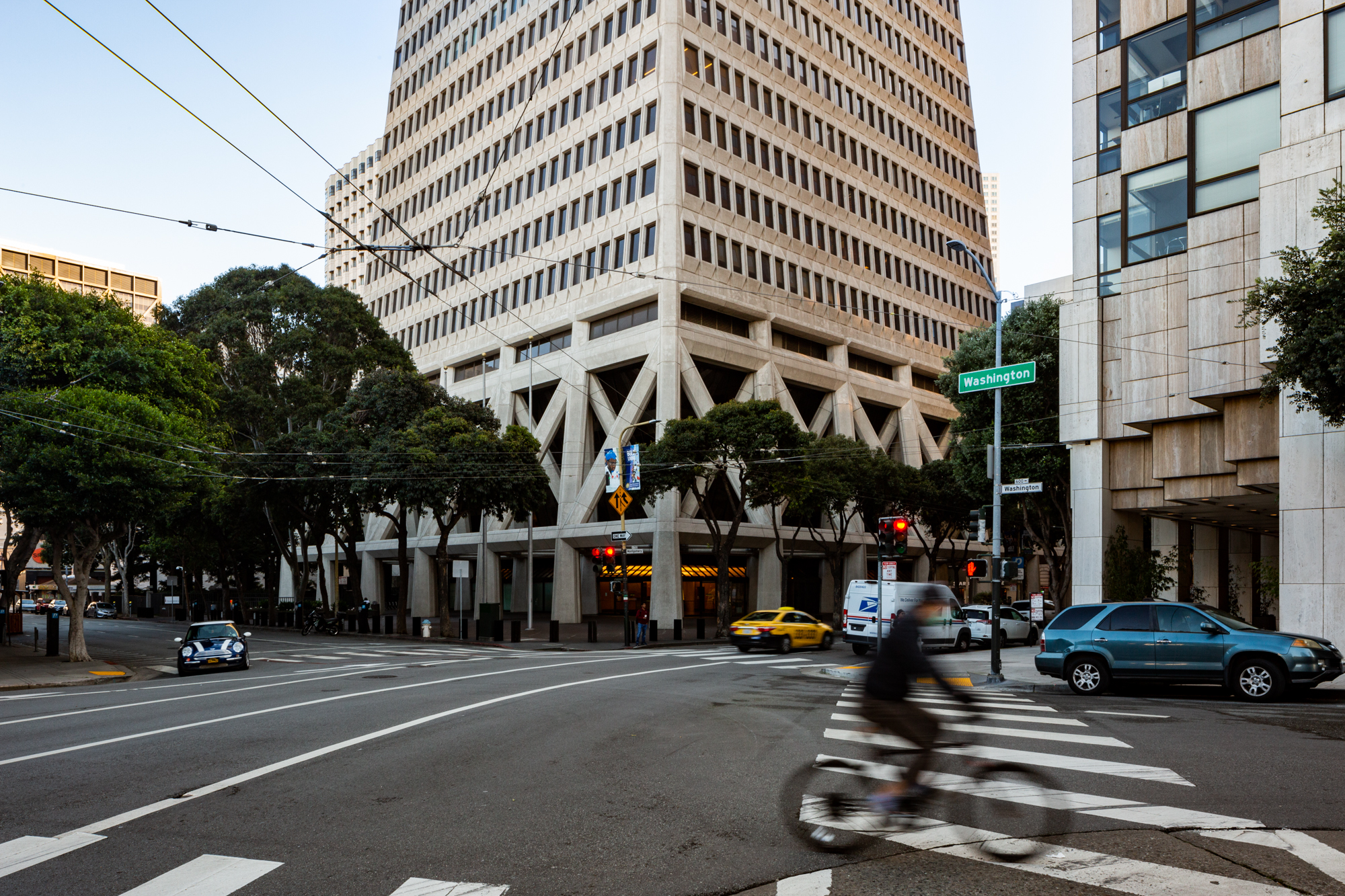 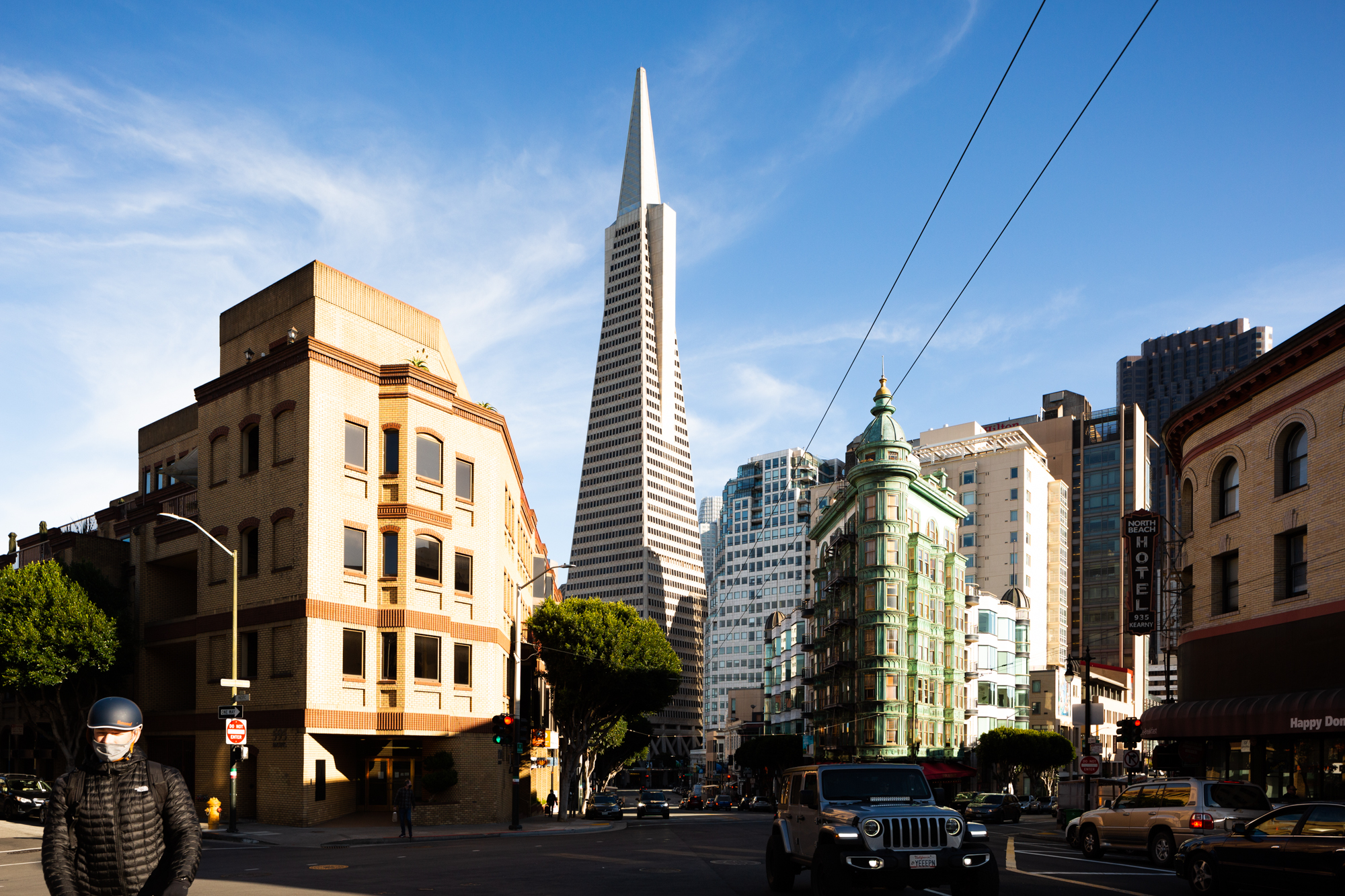 The 853-foot structure contains 702,000 square feet inside, tapering from the 5th floor, the largest floor with 21,025 square feet, down to the smallest floor at the top, with just 2,025 square feet. When it was finished at 600 Montgomery Street, it was the eighth tallest building in the world, and it would remain San Francisco’s tallest building until the completion of the Salesforce Tower in 2018.

The current renovations are being led by Hathaway Dinwiddie Construction. Phase one is expected to open by the middle of 2023.