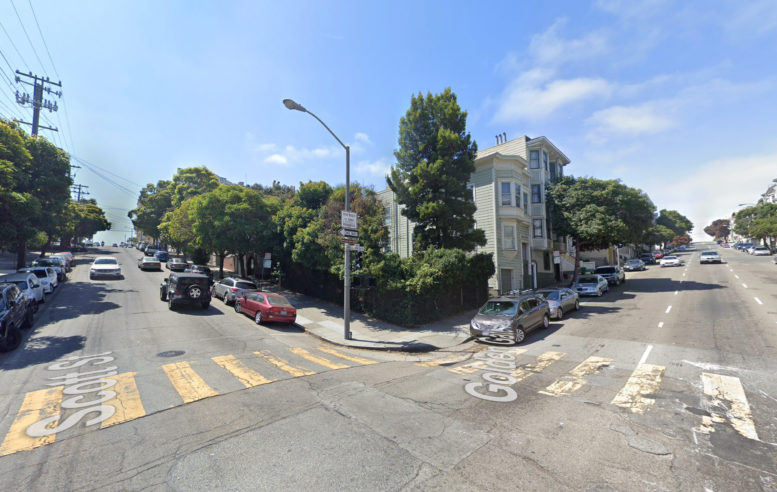 A project review meeting has been requested to review plans for a vacant portion of the lot with a four-story residential development at 945 Scott Street in the Western Addition, San Francisco. Plans were initially filed in 2018 to build two units on half of the lot. The applicant is considering at least six new units, including affordable housing. Studio 12 Architecture, a local design firm, is responsible for the application. 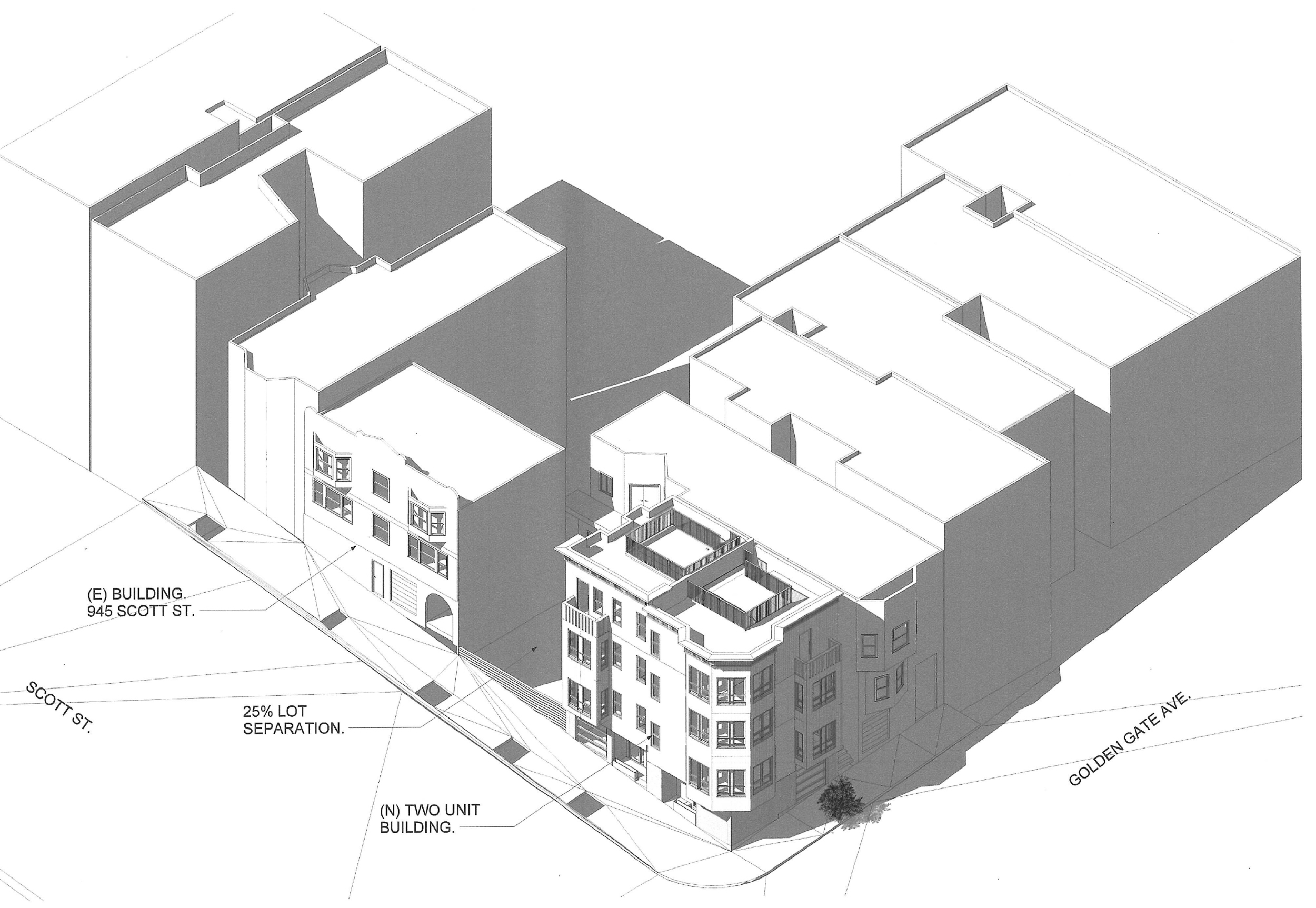 The property is located at Scott Street and Golden Gate Avenue, just two blocks away from the famed Alamo Square and its painted ladies. A three-story two-unit building currently stands on the occupied half of the lot. With a six-unit proposal, construction could result in eight units on one lot.

The latest application is now considering greater density either through a variance in zoning or with the HOME-SF affordable housing program. City records show the property sold in 2017 for $1.4 million.

Two residents are responsible for the project as property owners. The engineers and contractors have not yet been determined.