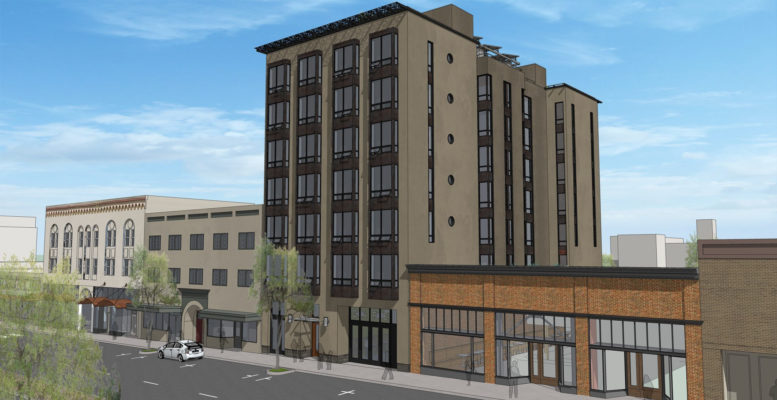 It’s an unfortunate feat few construction projects achieve. The seven-story residential infill at 2067 University Avenue has topped out for the second time in two years in Downtown Berkeley. The first tower, nearly finished, was destroyed by a six-alarm fire in November of 2020. The site is once again poised to add 50 units to the city’s housing market. 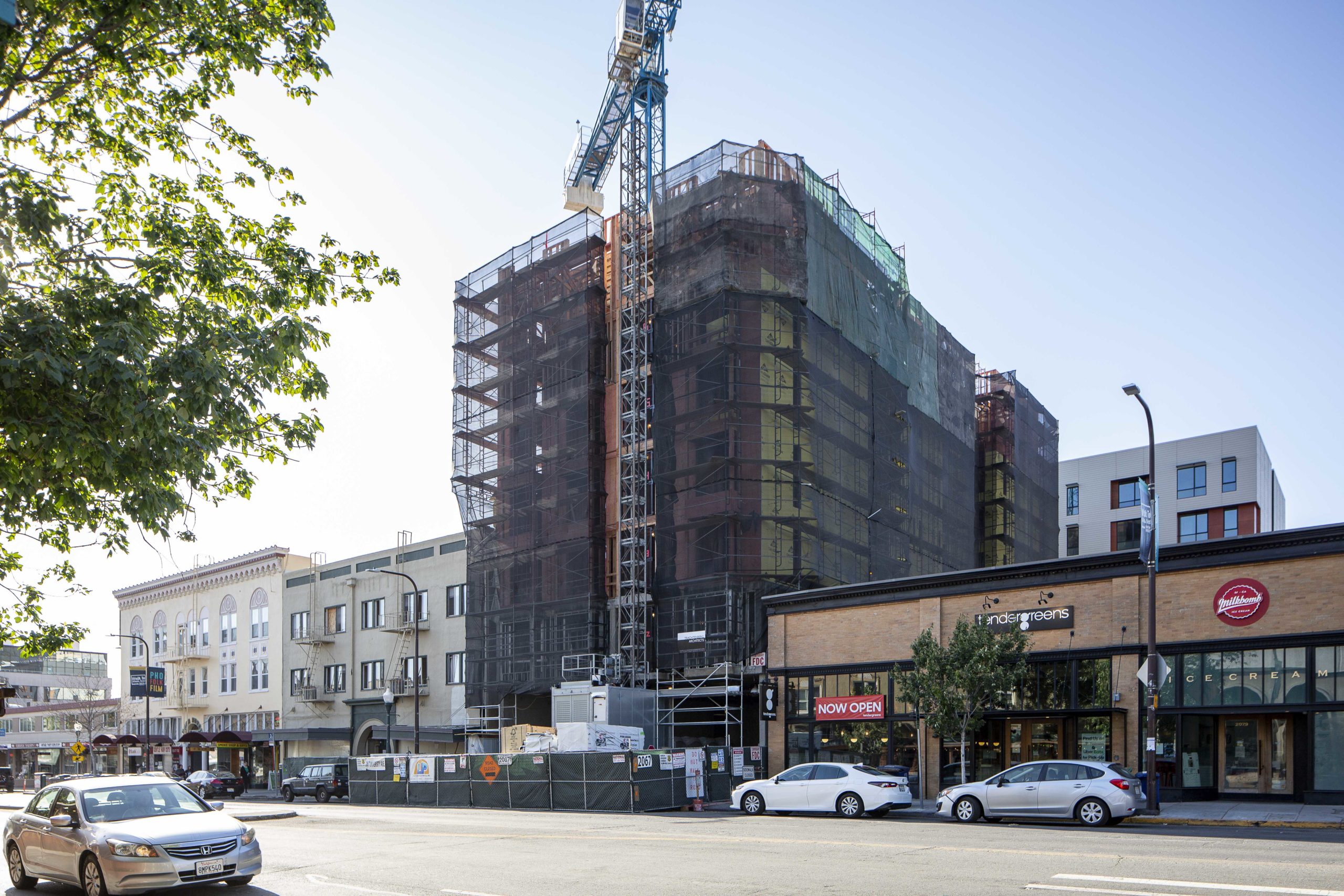 The project started work with demolition by 2019. The building topped out in mid-2020. Construction was halted when the building was destroyed by a six-alarm fire, as reported by Berkeleyside. The fire lasted three days with damage and disruption to its neighboring apartments and businesses. In December, the city ruled that the developer demolish the wooden structure on top of the concrete podium due to the fire damage.

The wooden structure was demolished and by June of 2021, Google Street View shows just the podium remained. Since then, the concrete podium was repaired and construction started up and the building has topped out again. 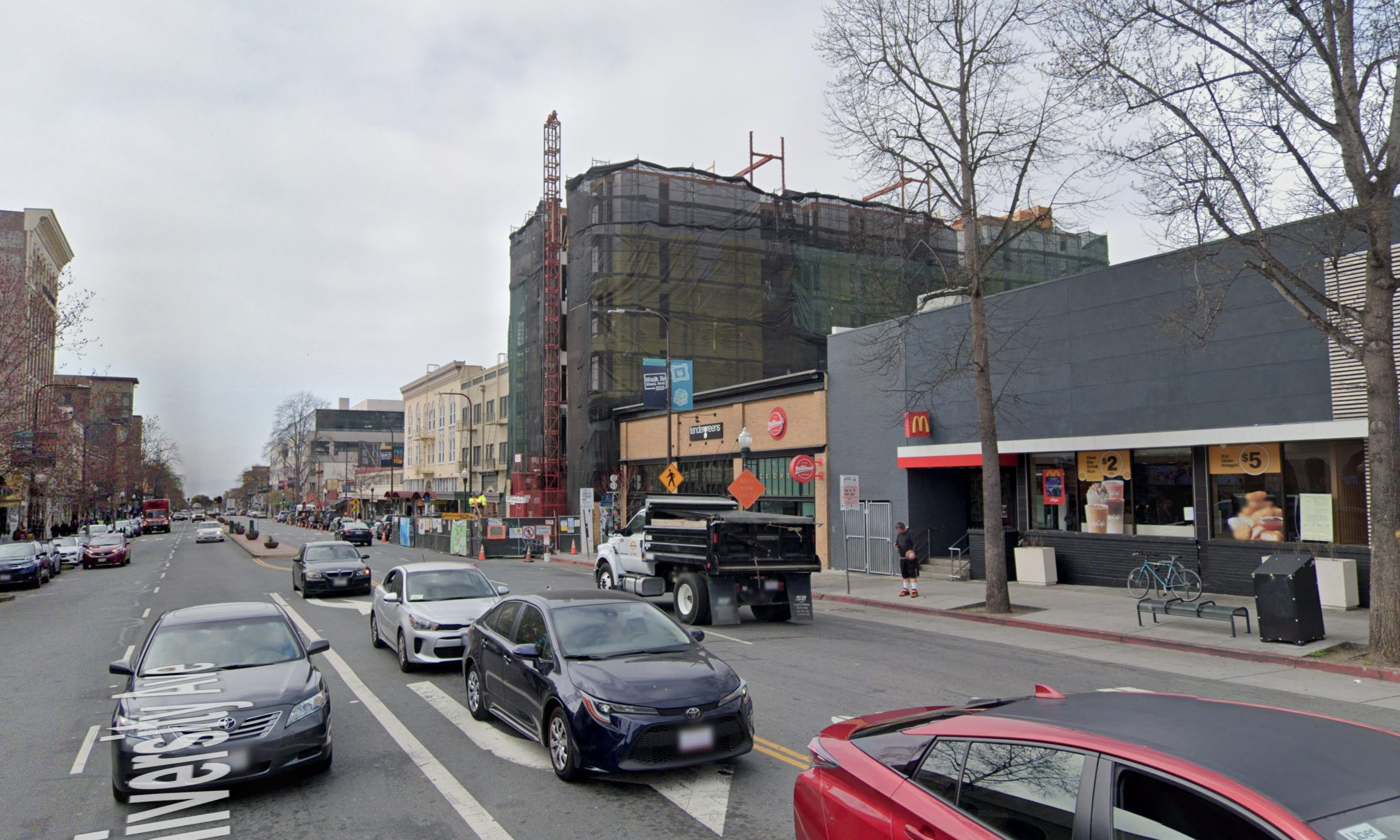 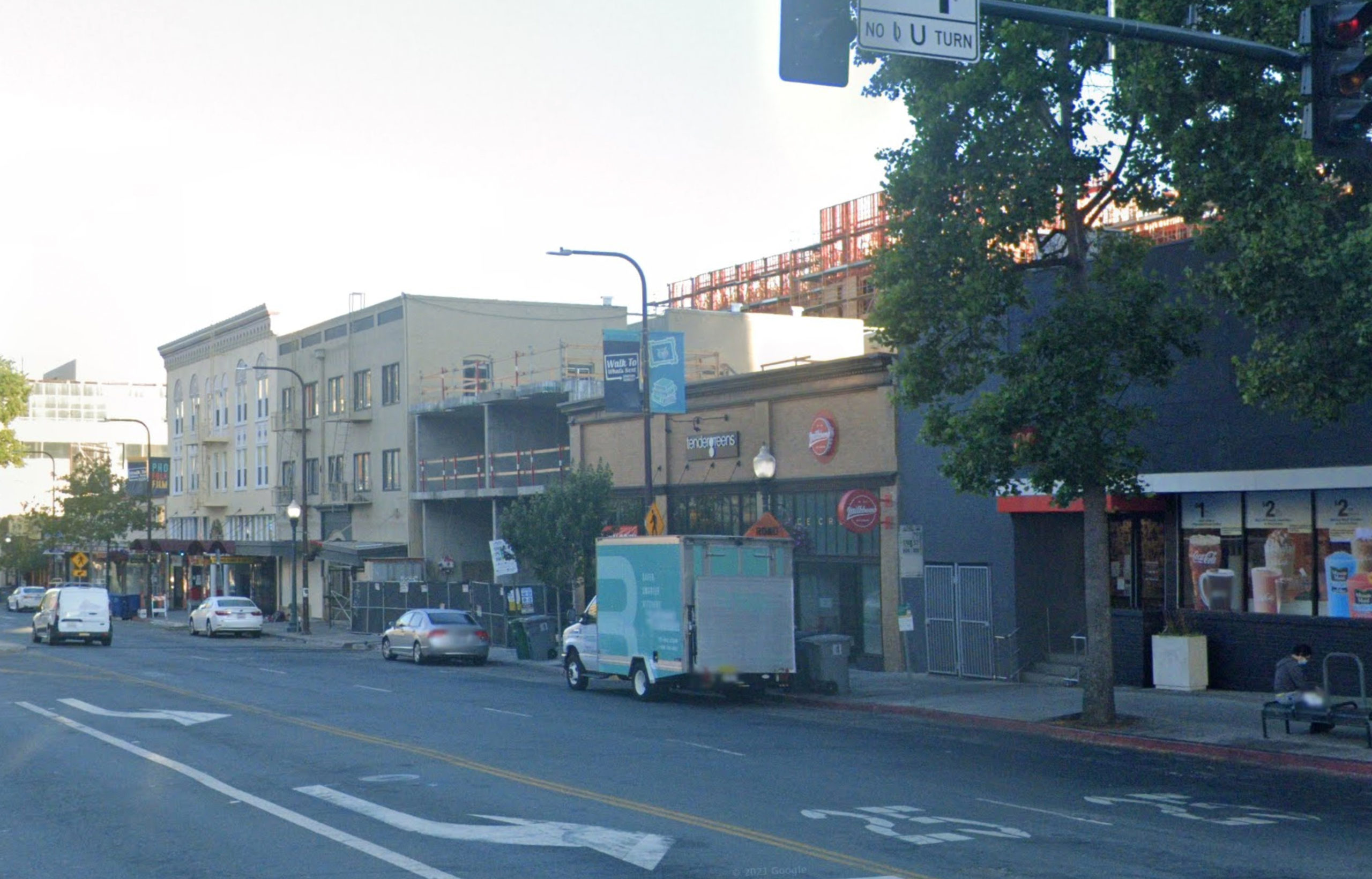 The 75-foot tall structure will yield 29,970 square feet with roughly 1,500 square feet for a ground-level restaurant. The project had benefited from the State Density Bonus Program, increasing the housing capacity from 37 to 50 units, each spanning on average 600 square feet. 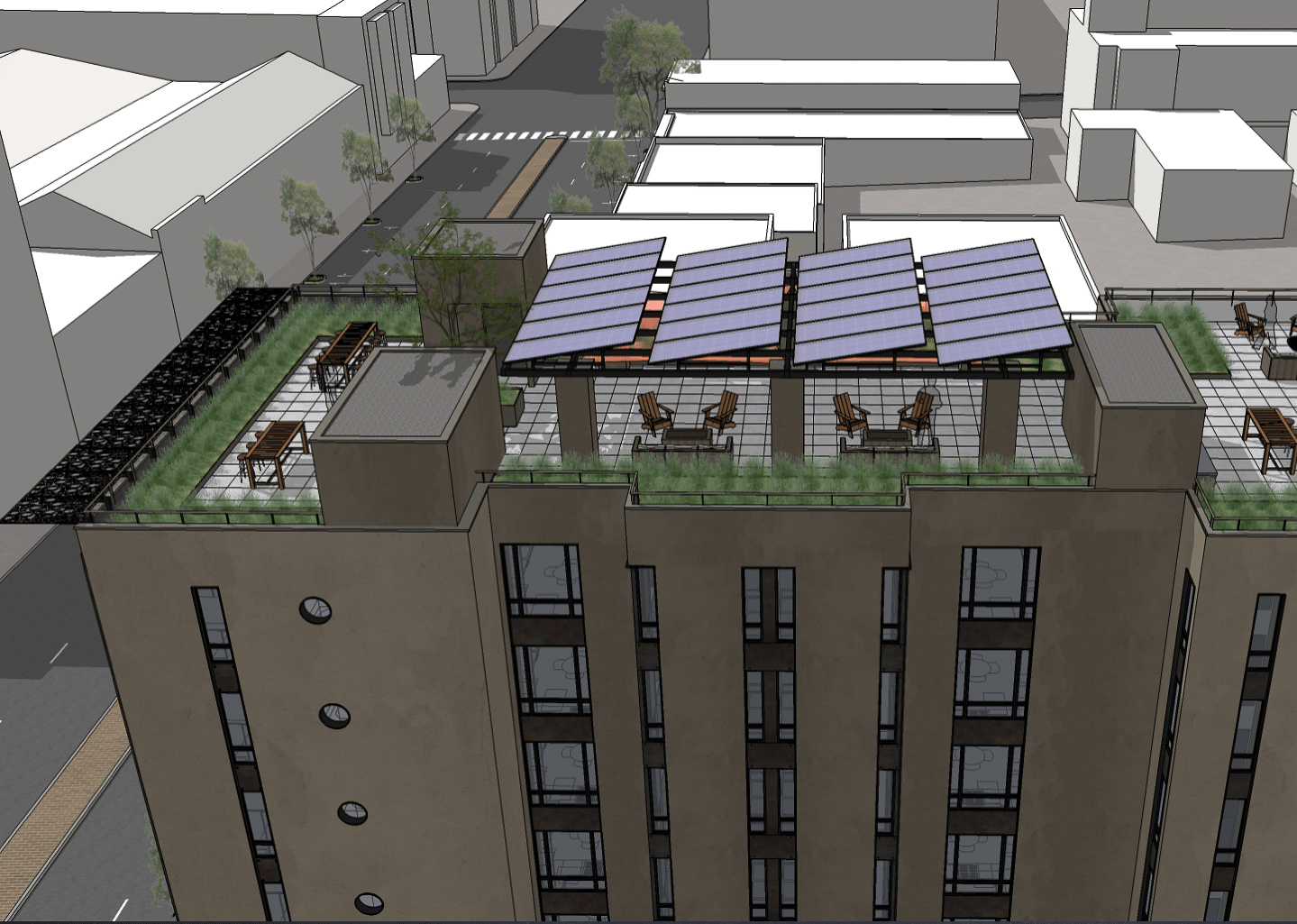 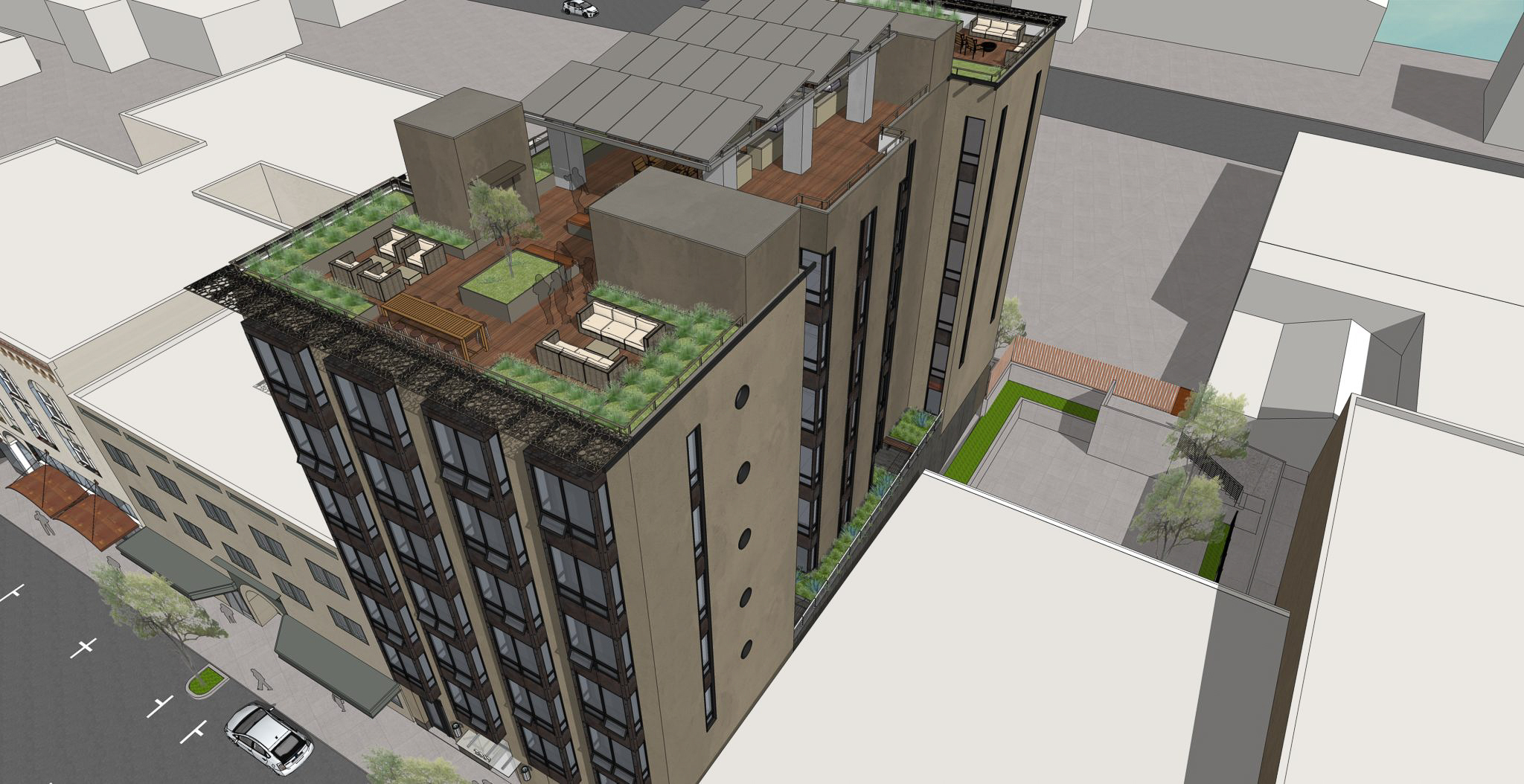 Trachtenberg Architects is responsible for the design. The Berkeley-based firm is one of the city’s most prolific architects in recent years with many mid-density residential infills by transit. The exterior will feature bay windows with a decorative exterior cornice. Facade materials include cement plaster, aluminum windows, and wall cladding.

Garden Architecture is responsible for the landscape architecture. 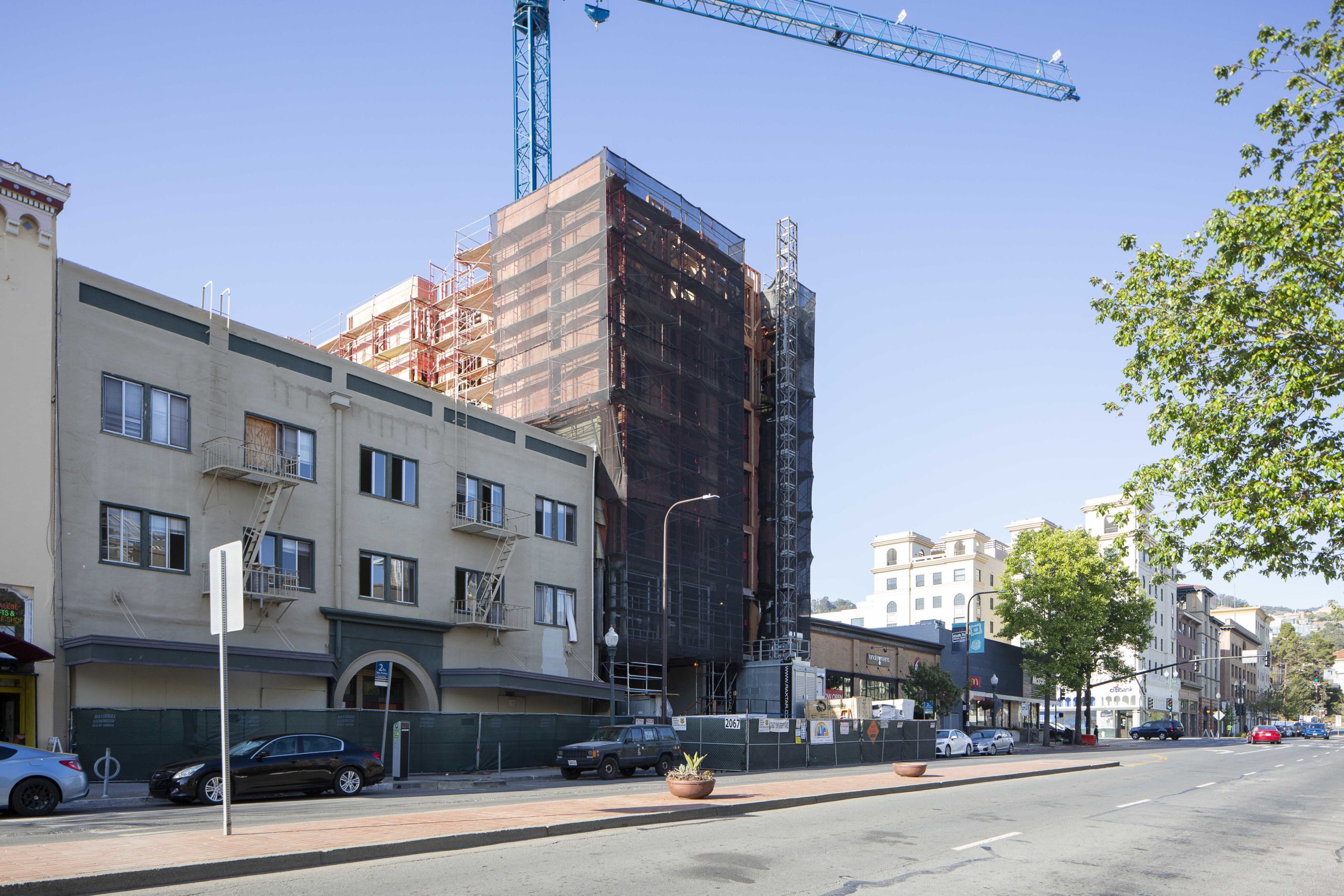 The property is located by the corner of University Avenue and Shattuck Avenue, just a block away from a Downtown Berkeley BART Station and the UC Berkeley Campus.

The project is being developed by KL2067 University LLC, with the owner’s address based in Dublin, Alameda County.

Be the first to comment on "2067 University Avenue Tops Out, Again, in Downtown Berkeley"