A new residential project is proposed for developmemt at 817 The Alameda in downtown San Jose. The project proposal includes the conversion of Arena Hotel into housing for homeless reisdents.

In an announcement this week, the city of San Jose will use $25.2 million in new state funding to convert the downtown hotel into housing for homeless residents. The 90-room Arena Hotel on The Alameda will be purchased by the city using funding from Governor Gavin Newsom’s Homekey program. The program helps cities, counties and nonprofits acquire hotels, apartments and other buildings and turn them into homeless housing. 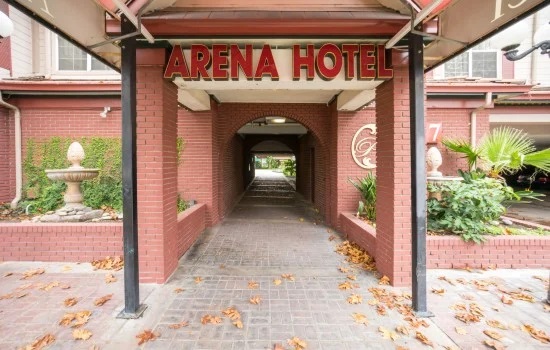 The program has awarded funding for 10,000 housing units so far, and this week Newsom said he intends to pour another $150 million into Homekey coffers. In 2020, the city also received $14.5 million from Homekey to purchase the SureStay Hotel.

The site is located within a half mile of transit in downtown.

Be the first to comment on "Hotel Converted Into Housing At 817 The Alameda, Downtown, San Jose"