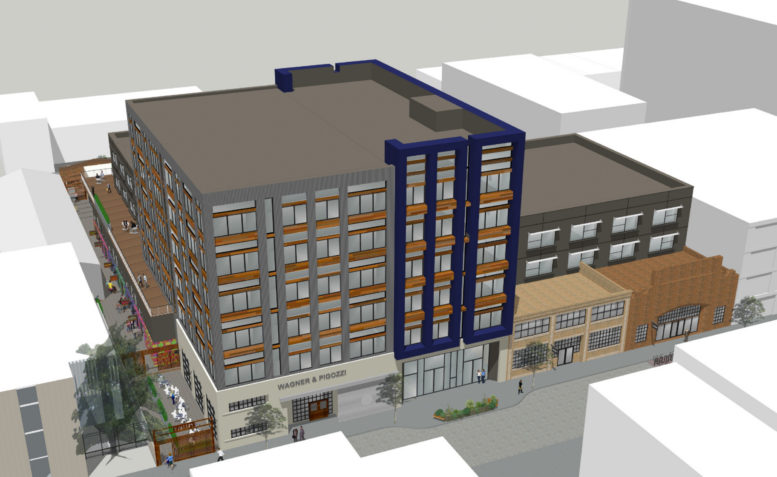 A draft environment impact report (DEIR) was published for a new mixed-use complex at 460 24th Street in Northgate-Waverly in Oakland. The project proposal includes the development of a mixed-use complex offering office and retail spaces on two sites. Plans call for the demolition of an existing building along with partial demolition of four other existing structures. Some of the existing brick facades will be integrated into future retail. 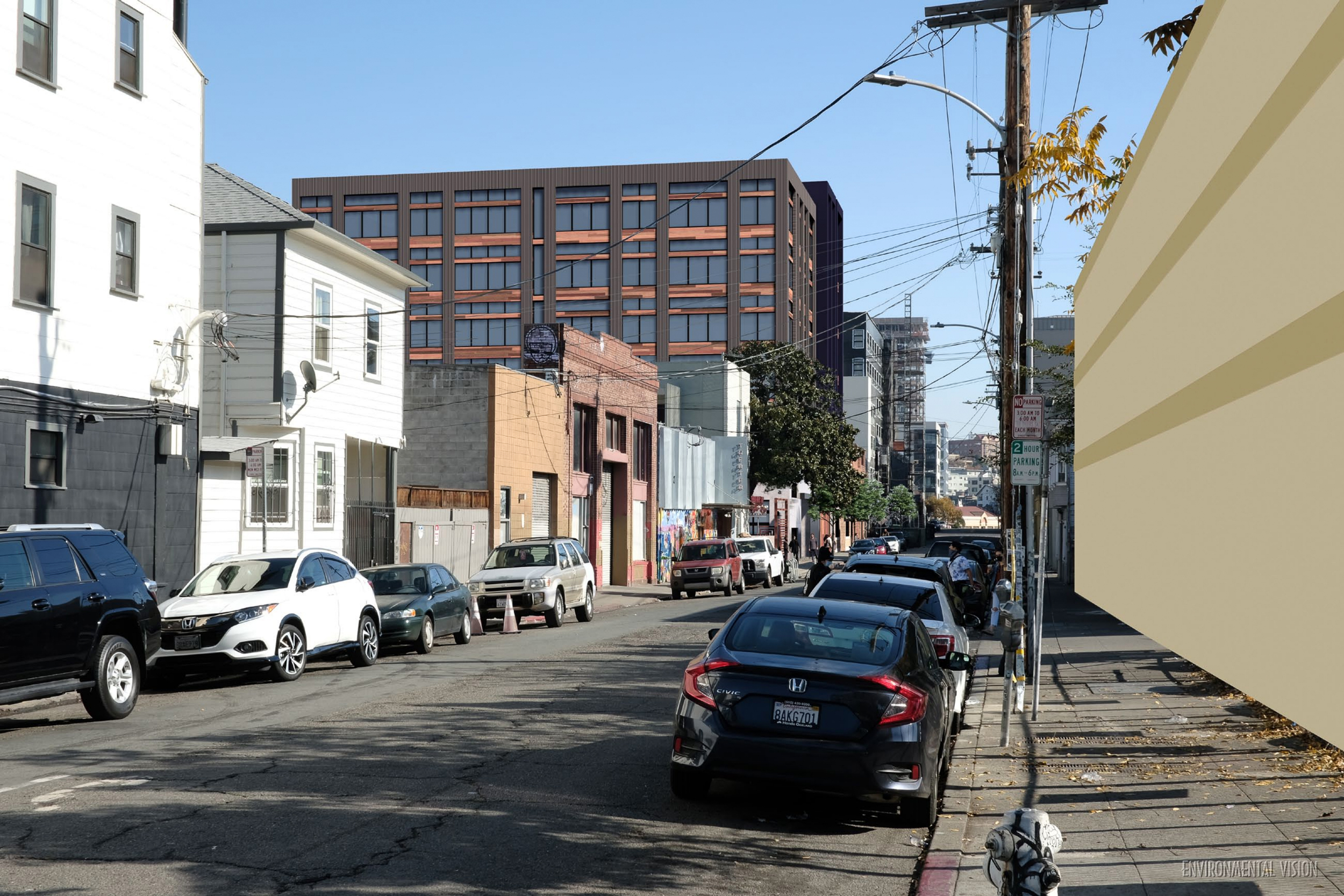 The development will create two structures: a six-story office building with retail and a low-slung retail space for local artists made from salvaged shipping containers. The project will rise 91 feet tall to yield roughly 100,000 square feet of floor area, with 86,100 square feet for offices and 11,980 square feet of retail, and 2,840 square feet for a dining courtyard and artisan paseo. The artisan paseo will be a mid-block passage to connect 24th and 25th Street for pedestrians and create more retail and craft stall exposure. 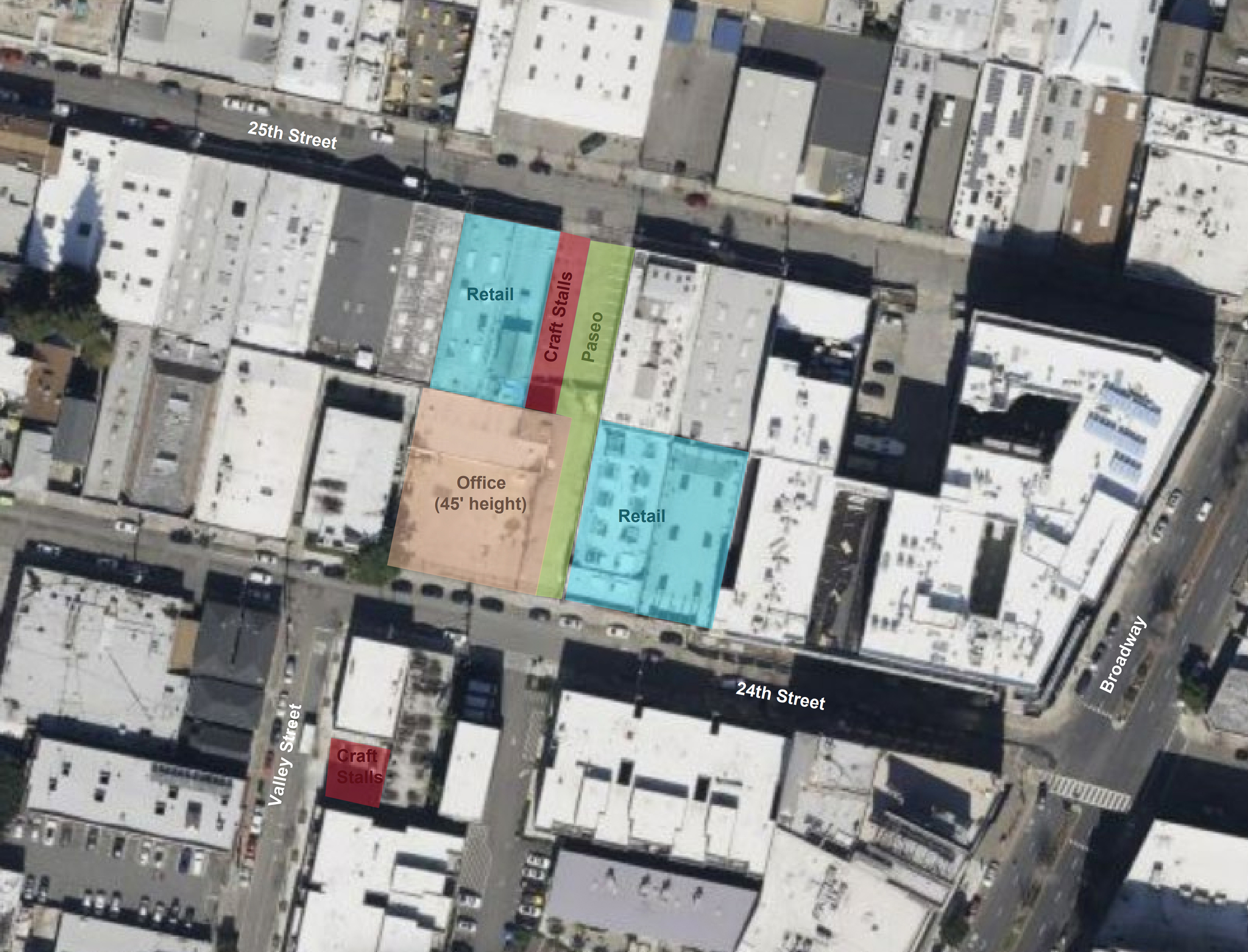 The project will add 580 square feet of the proposed artist and craft stalls, including a restroom, located mostly in refurbished shipping containers on the lot. Parking will be included for 132 vehicles in the ground-level garage with three-level stackers. A raised wood/Trex platform will be built around the containers. Parking will also be provided for 23 bicycles, a ratio that will promote private car travel instead of public transportation.

The project is part of a second phase for The Hive, a mixed-use retail spanning roughly three city blocks. Immediately next to the proposed site for 460 24th Street, SDG finished Kissel Uptown at 2455 Broadway in the first quarter of this year. 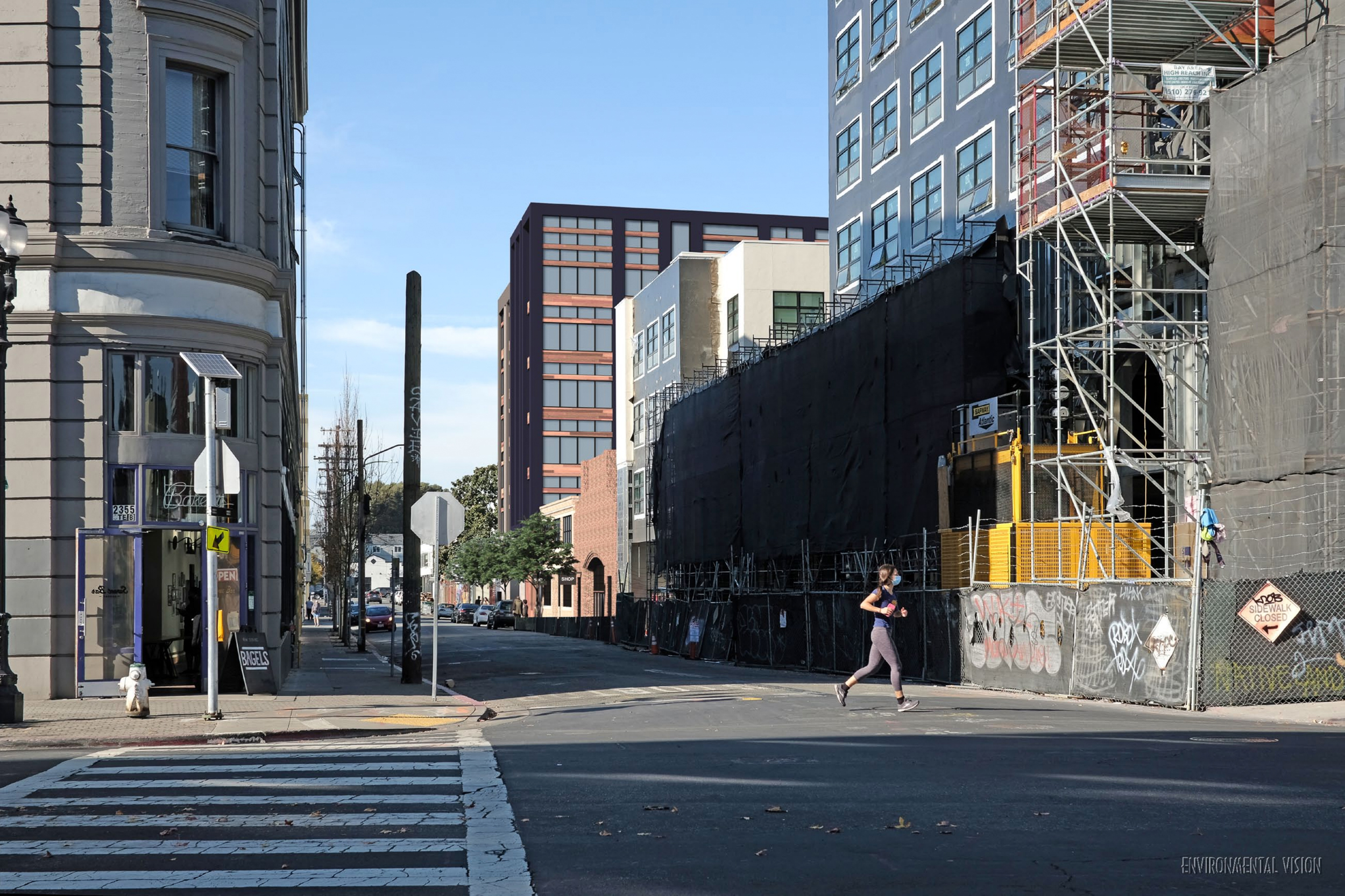 As previously reported, renderings reveal a design where the new structures will be set back from the preserved facade to retain their prominence on site. The exterior is designed to match the area’s mixed built environment, with large industrial windows and the use of various facade materials to increase visual interest.

Construction is expected to last approximately 27 months. An estimated cost and date for groundbreaking have not been released. The DEIR was published for a 45-day review period. Oakland Planning Commission has scheduled a meeting on June 1, 2022, at 3:00 pm, details of which can be found here.

The property is close to Broadway and Telegraph Avenue, by AC Transit bus stops. The 19th Street Oakland BART Station is less than a ten-minute walk.

2 Comments on "Meeting Scheduled For 460 24th Street At Northgate-Waverly, Oakland"