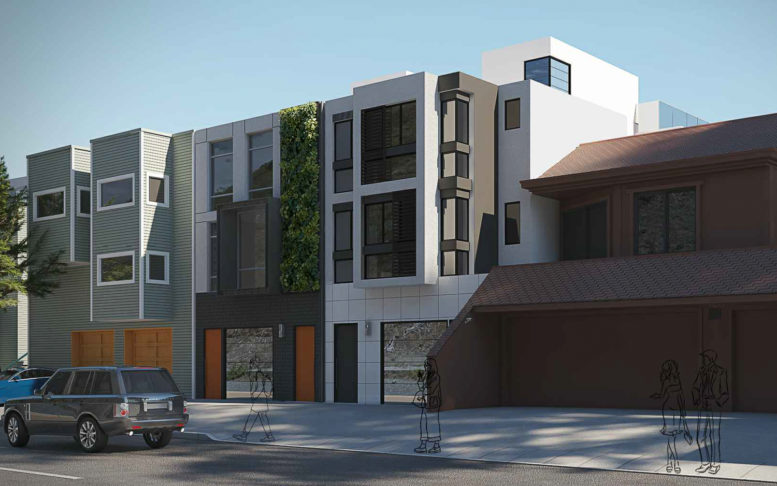 New plans have been filed to the San Francisco Planning Department for 421-423 Burnett Avenue in Twin Peaks, San Francisco. The proposal would replace a single-unit structure with two duplexes. Ahmad Mohazab of Tecta Associates is the property owner and project architect. 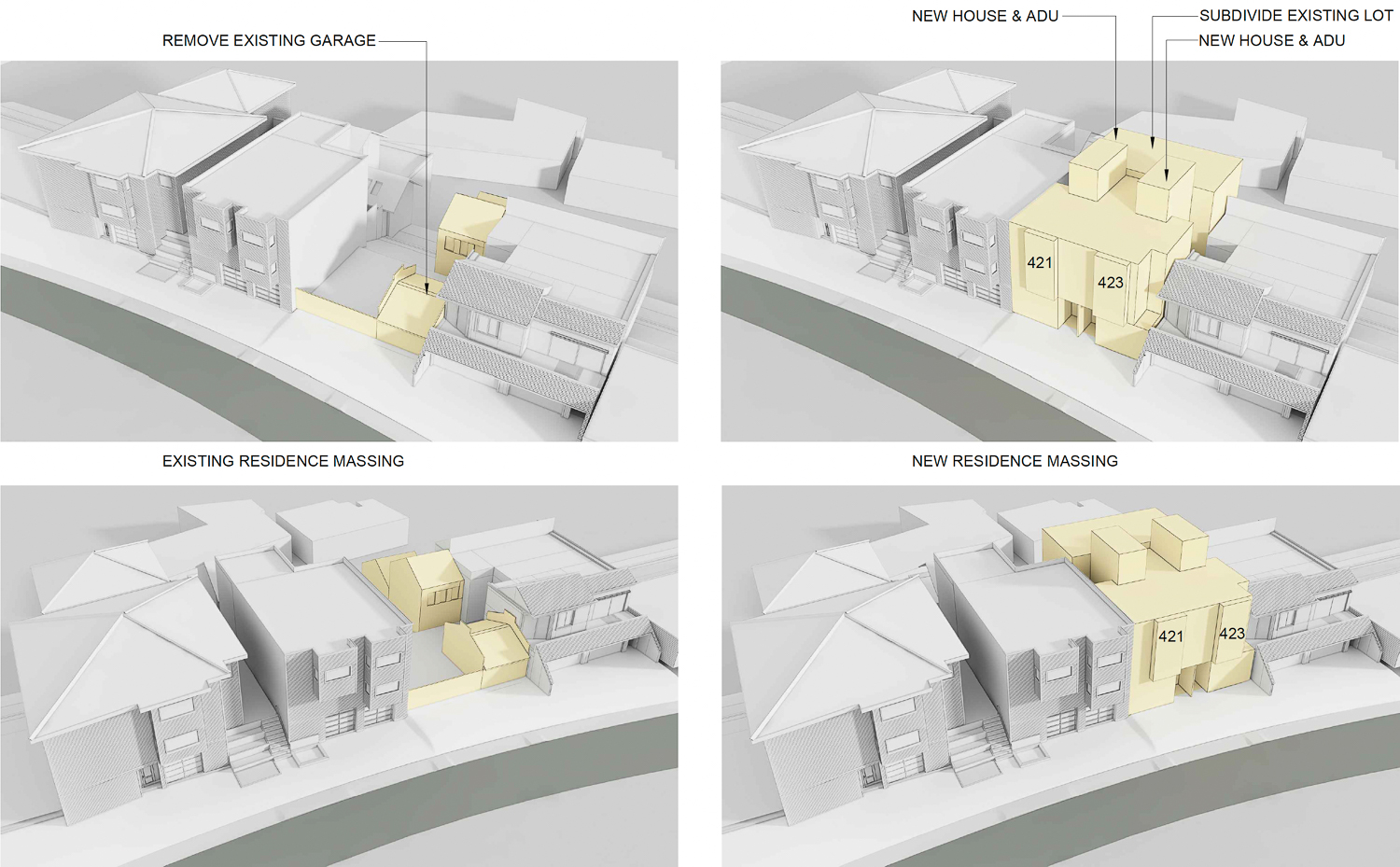 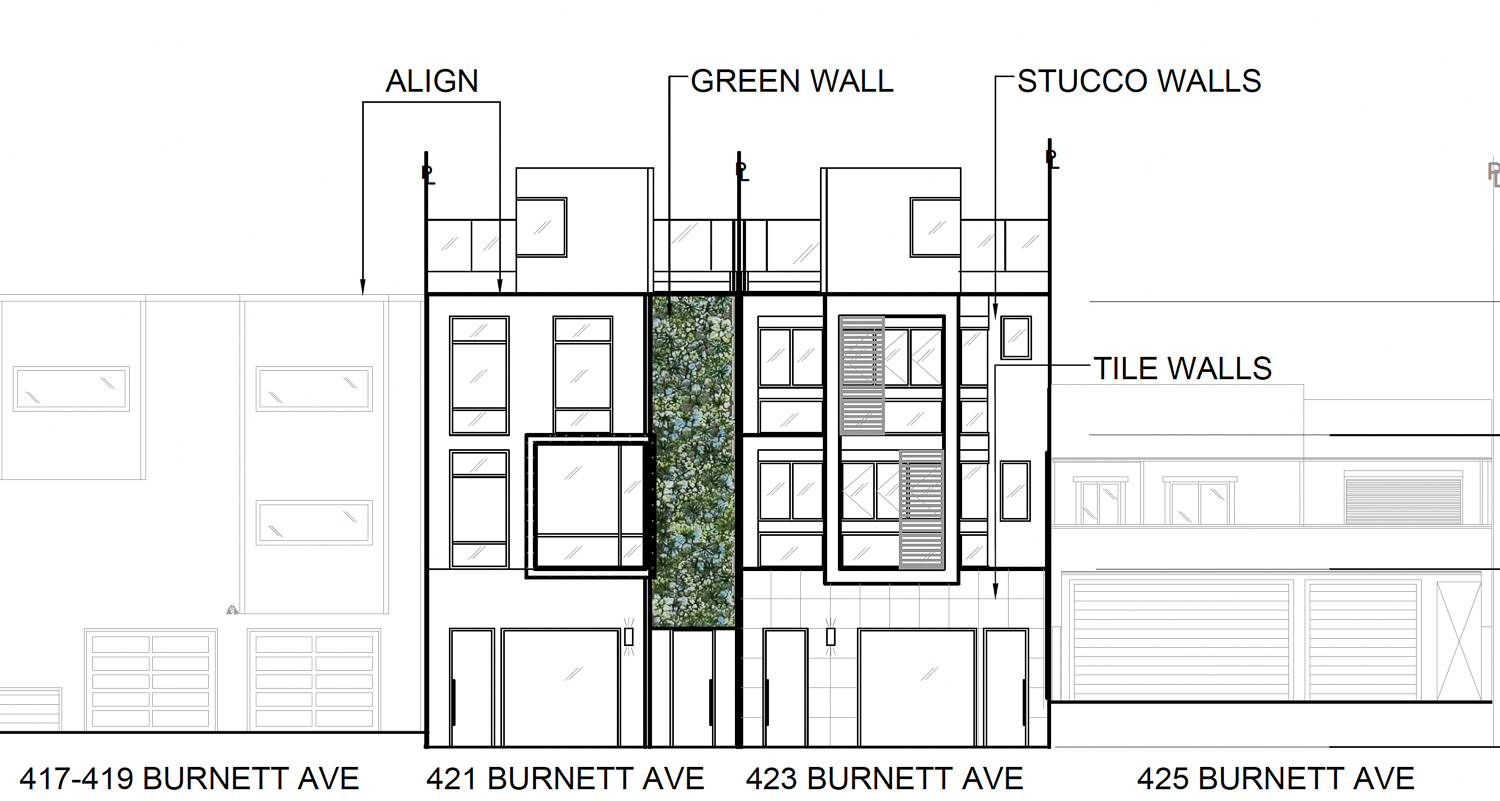 Tecta Associates’ proposal will have a stucco exterior, protruding bay windows, and a green wall on 421 Burnett. The existing property spans 0.14 acres, which Tecta plans to subdivide, with 423 Burnett being slightly larger. 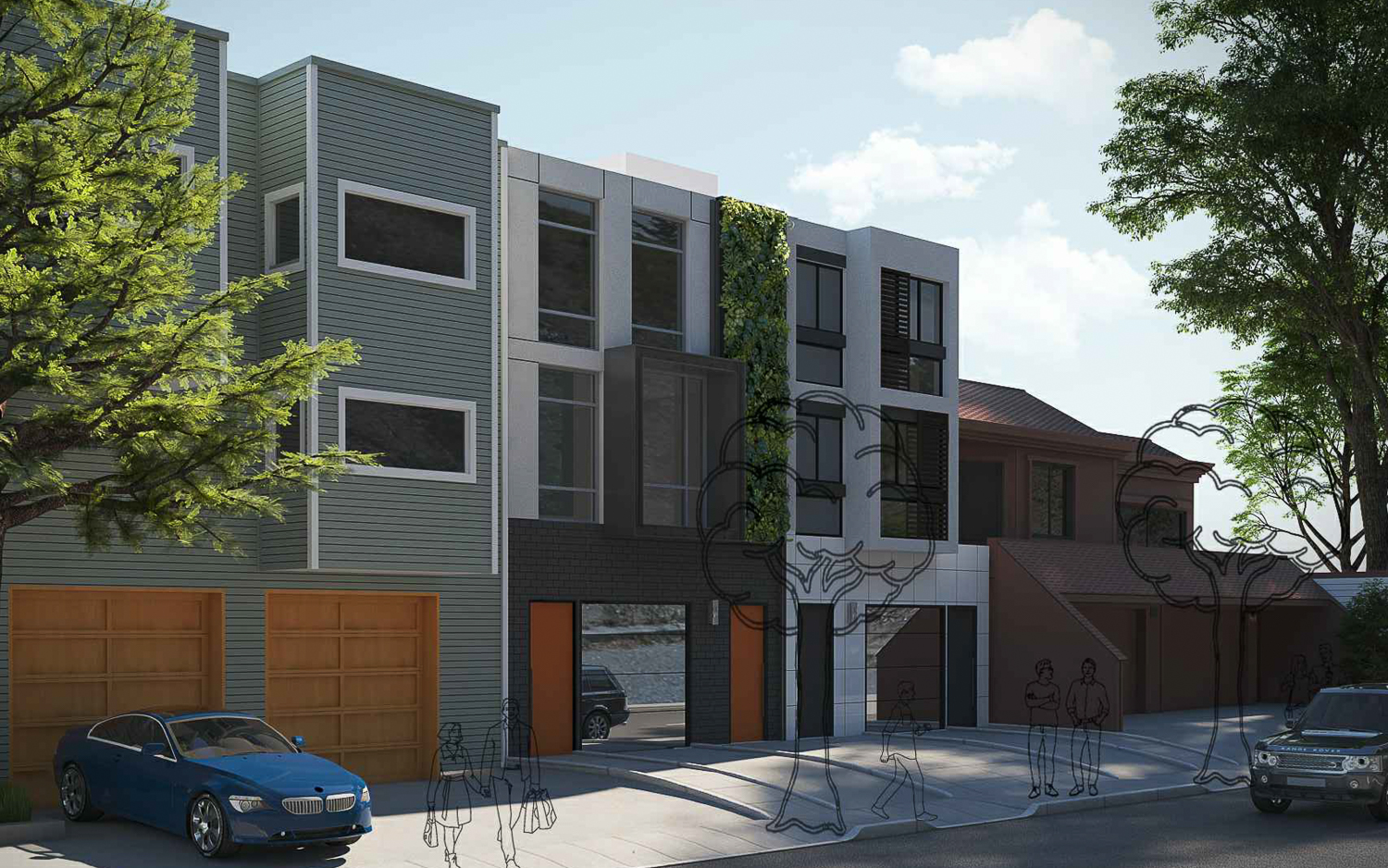 The larger units will have four bedrooms, a rear-lot terrace with views of the city, and a roof deck. The ADUs will each be at the rear of the low, accessible from Burnett Avenue by a separate hallway. Each ADU will have two levels with a living room and kitchen on top, a bedroom below, and two bathrooms. 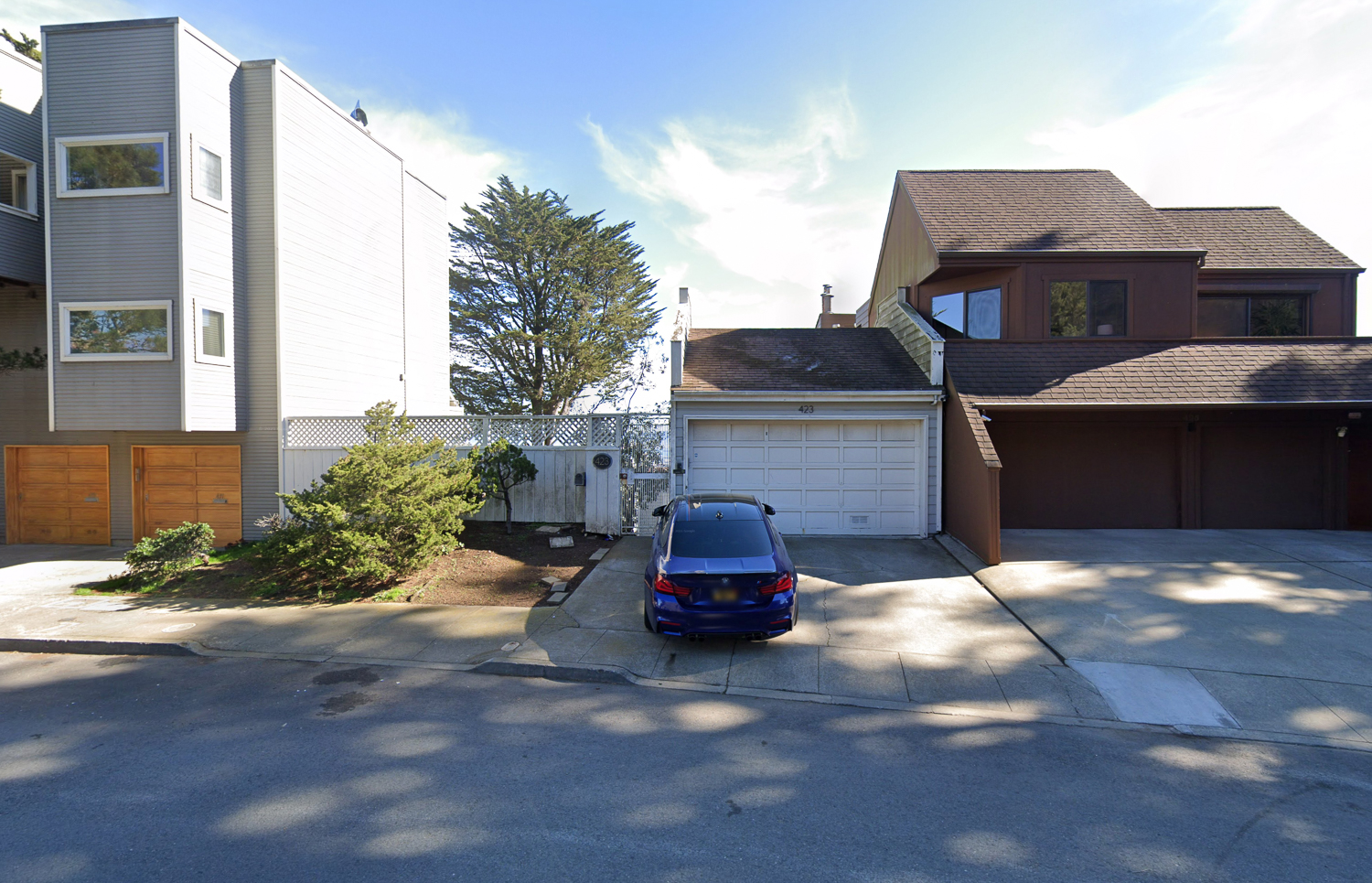 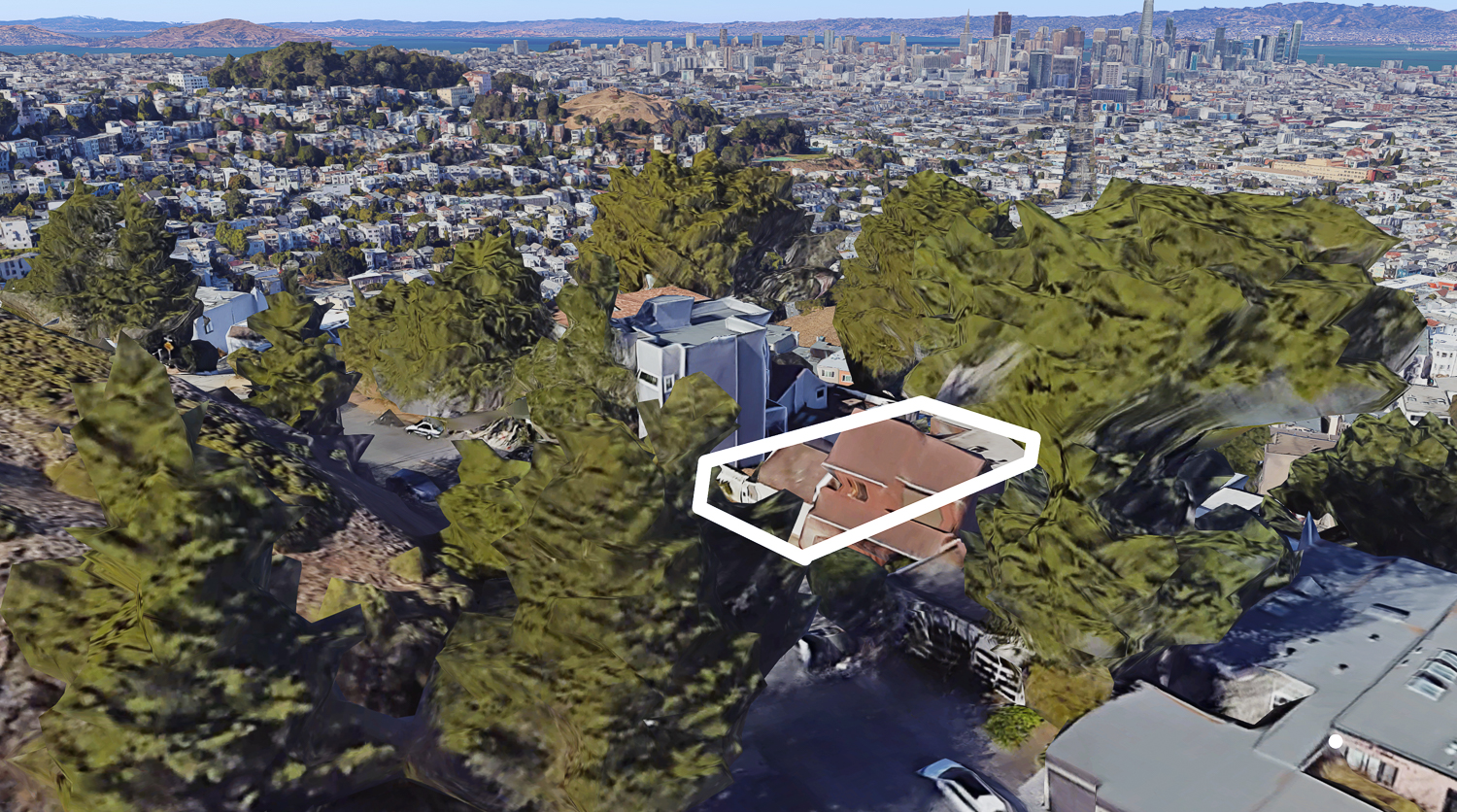 The project is located on Twin Peaks, nearly aligned with the straight view of Market Street and the Ferry Building.

City records show that the property last sold in 2001 for just under a million dollars. Quickdraw Permit Consulting is assisting Tecta Associates with the application. An estimated cost and timeline for construction have not yet been established.

Be the first to comment on "Plans Filed for 421-423 Burnett Avenue, Twin Peaks, San Francisco"