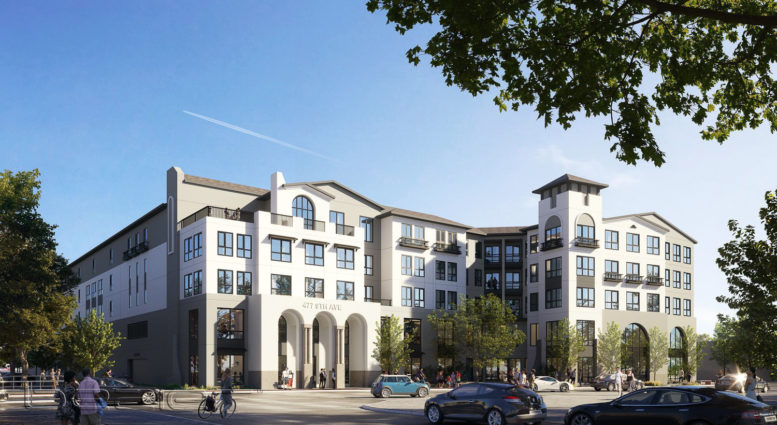 Planning commissioners show largely positive views on the proposed mixed-use development at 477 9th Avenue in Downtown San Mateo, San Mateo County. The project would replace a single-story commercial structure currently on the outskirts of the denser urban area with five floors of housing, office space, and vehicular parking. The Martin Group is the project applicant. 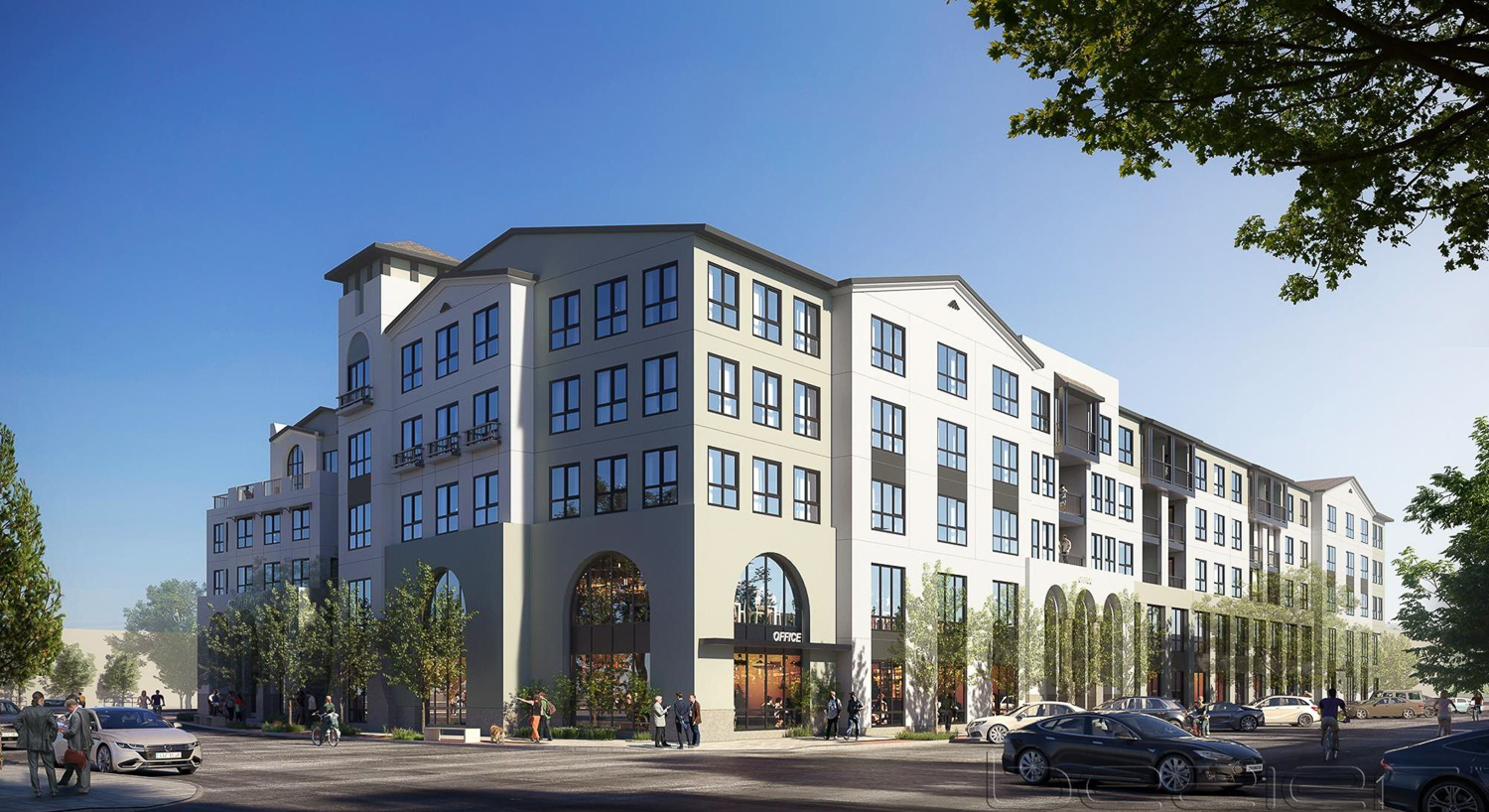 The project will create 120 homes on the top three floors. Twelve of the units will be designated as affordable for very low-income households. Unit sizes will vary with 24 studios, 64 one-bedrooms, and 32 two-bedrooms. 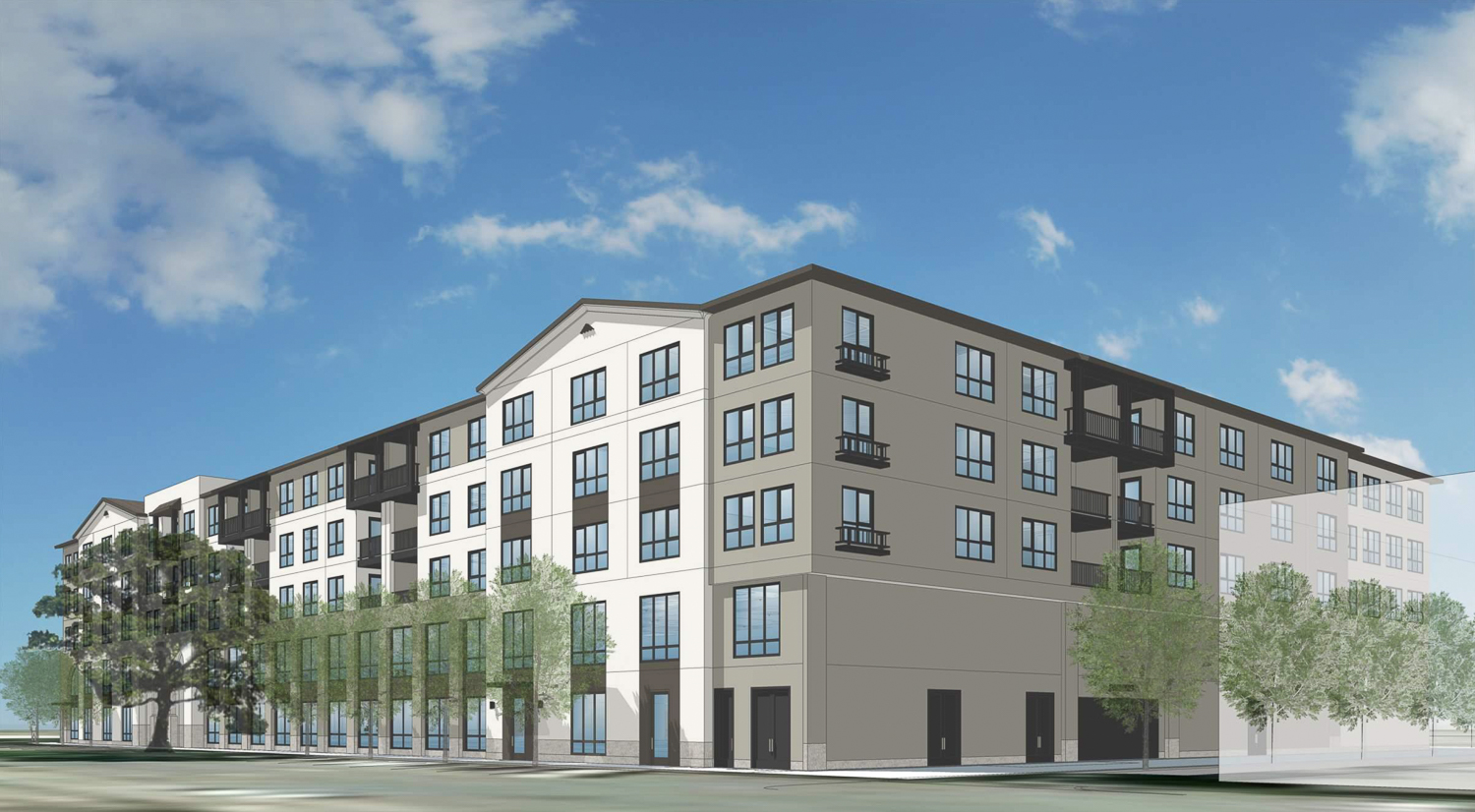 Residential amenities will include a fitness center, lounge space, club area, and an open-space outdoor roof deck. A central courtyard will be positioned on the third floor, above the two floors of parking, to provide a lightwell and amenity space for residents.

BDE Architecture is responsible for the design. Facade materials will include cement plaster, cast-in-place concrete, awnings, asphalt shingle roofing, and storefront curtainwall along the base. The podium-style design will imbue Spanish Mission Revival elements to express the project’s mixed-use functions. Double-height arches along the podium will emphasize the offices, while A-frame roofs along the top will communicate the residential function on top. 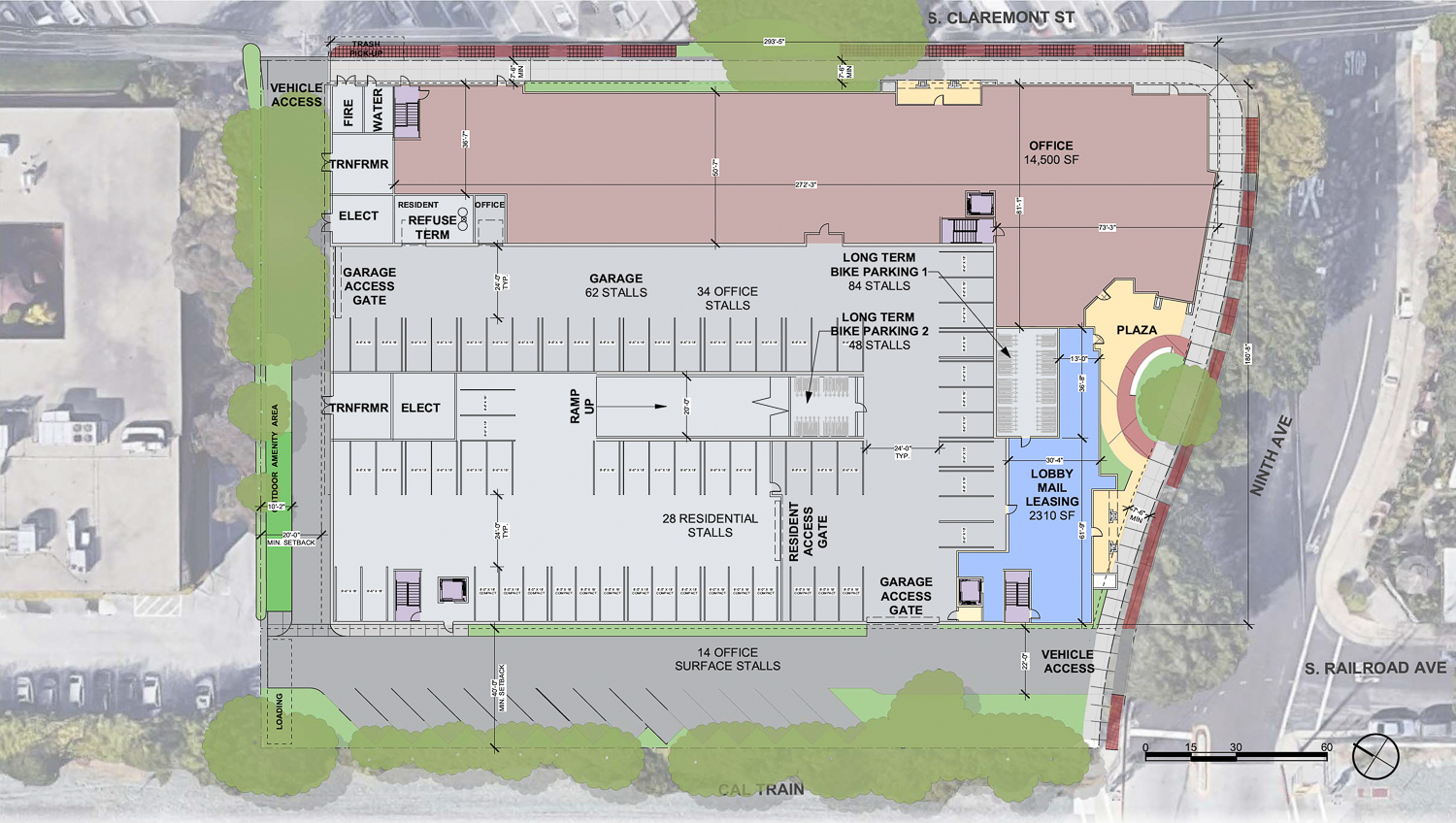 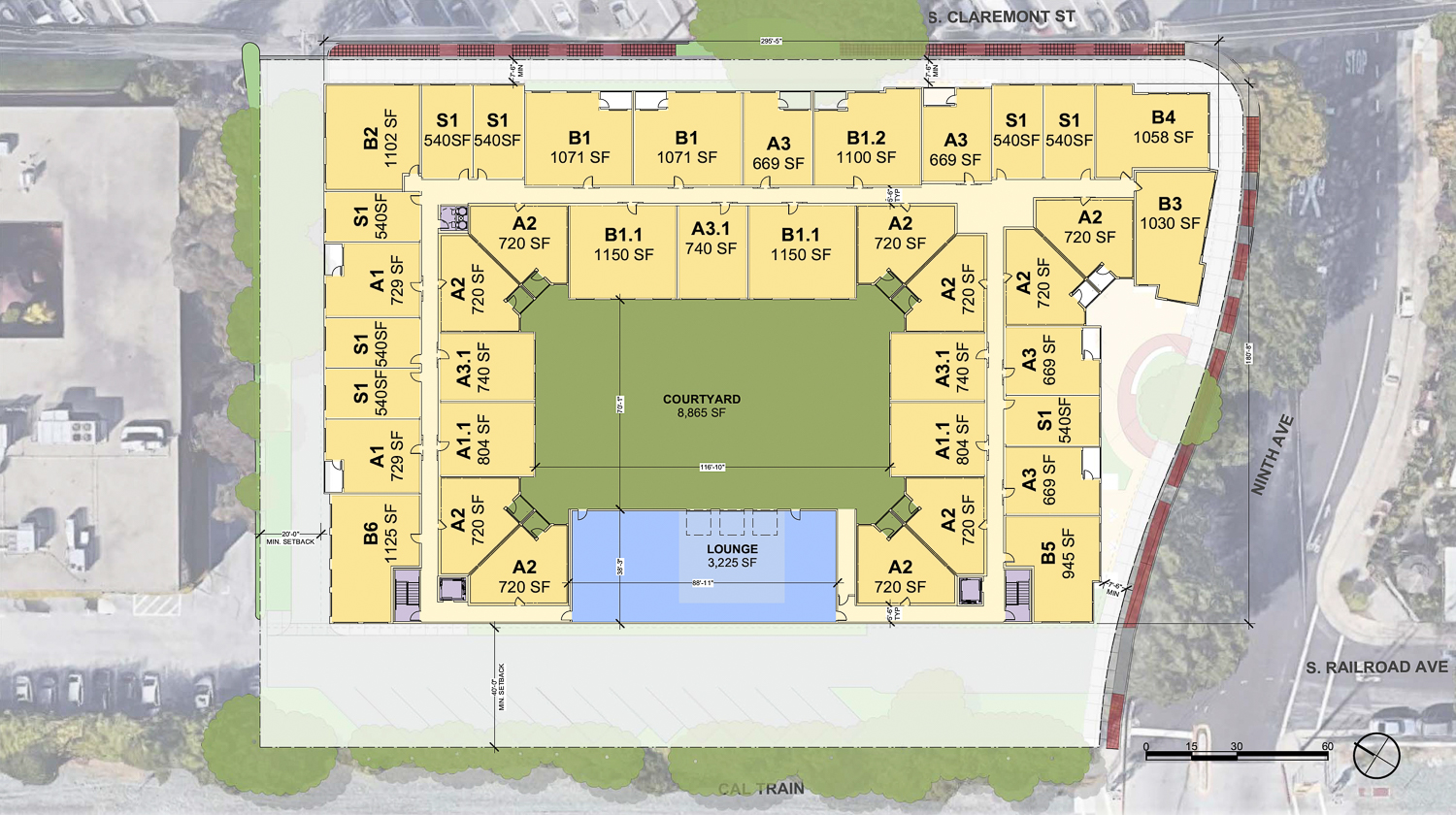 Guzzardo Partnership designed the landscape architecture. The project emphasizes creating comfortable gathering spaces for residents, employees, and the public. The sidewalk will be lined with trees, with a large existing oak tree to be preserved within the public plaza on Ninth Avenue.

The project was reviewed by the San Mateo planning commission last week, at which the four present commissioners expressed largely positive outlooks on the project. Vice-Chair Commissioner John Ebneter said of the project, “it’s got to be done right because it’s going to be like that’s the beginning of downtown at one point. It will be. And I think it will be a landmark that people will acknowledge, and I hope they acknowledge it as a very positive experience.It’s going to be a landmark.” 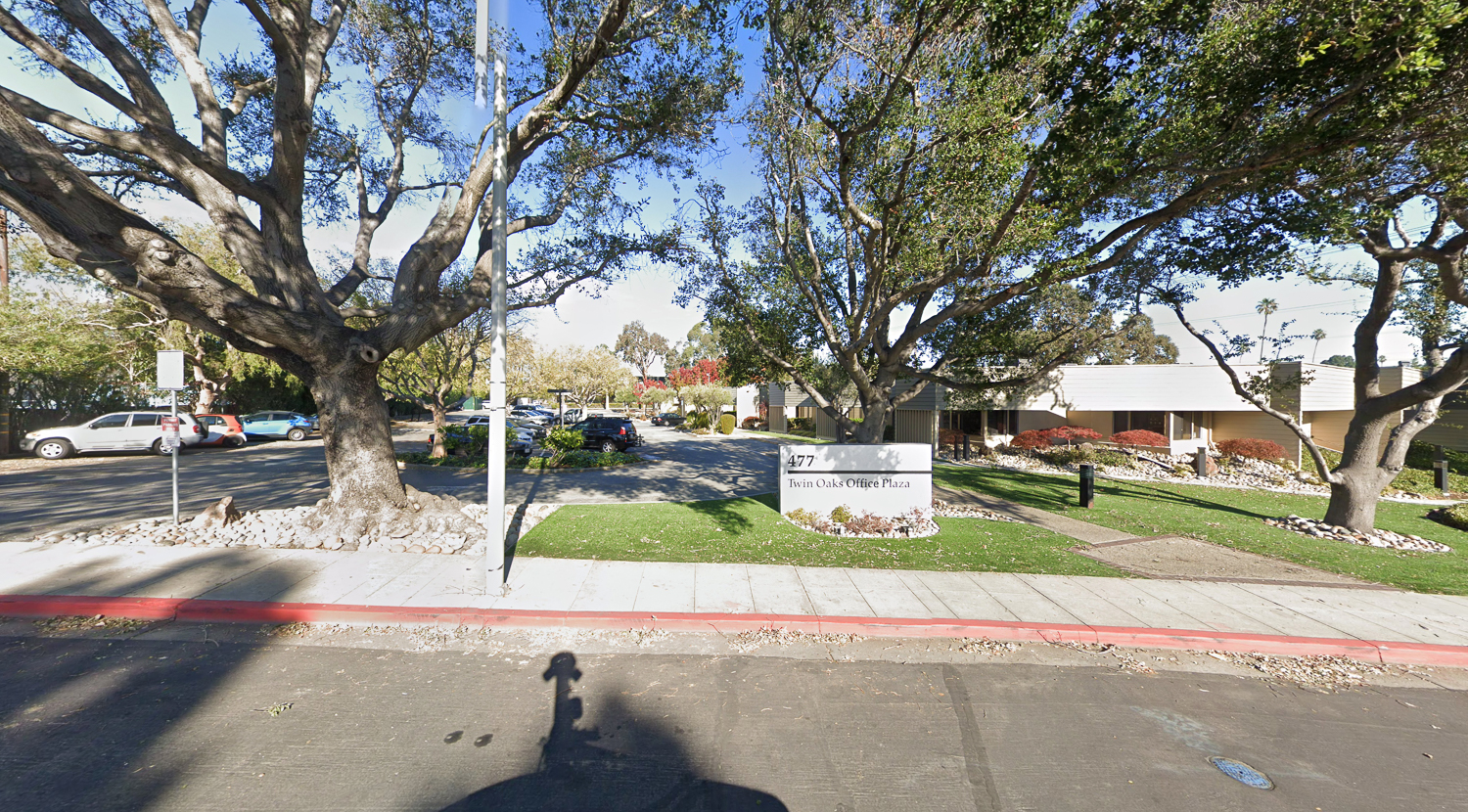 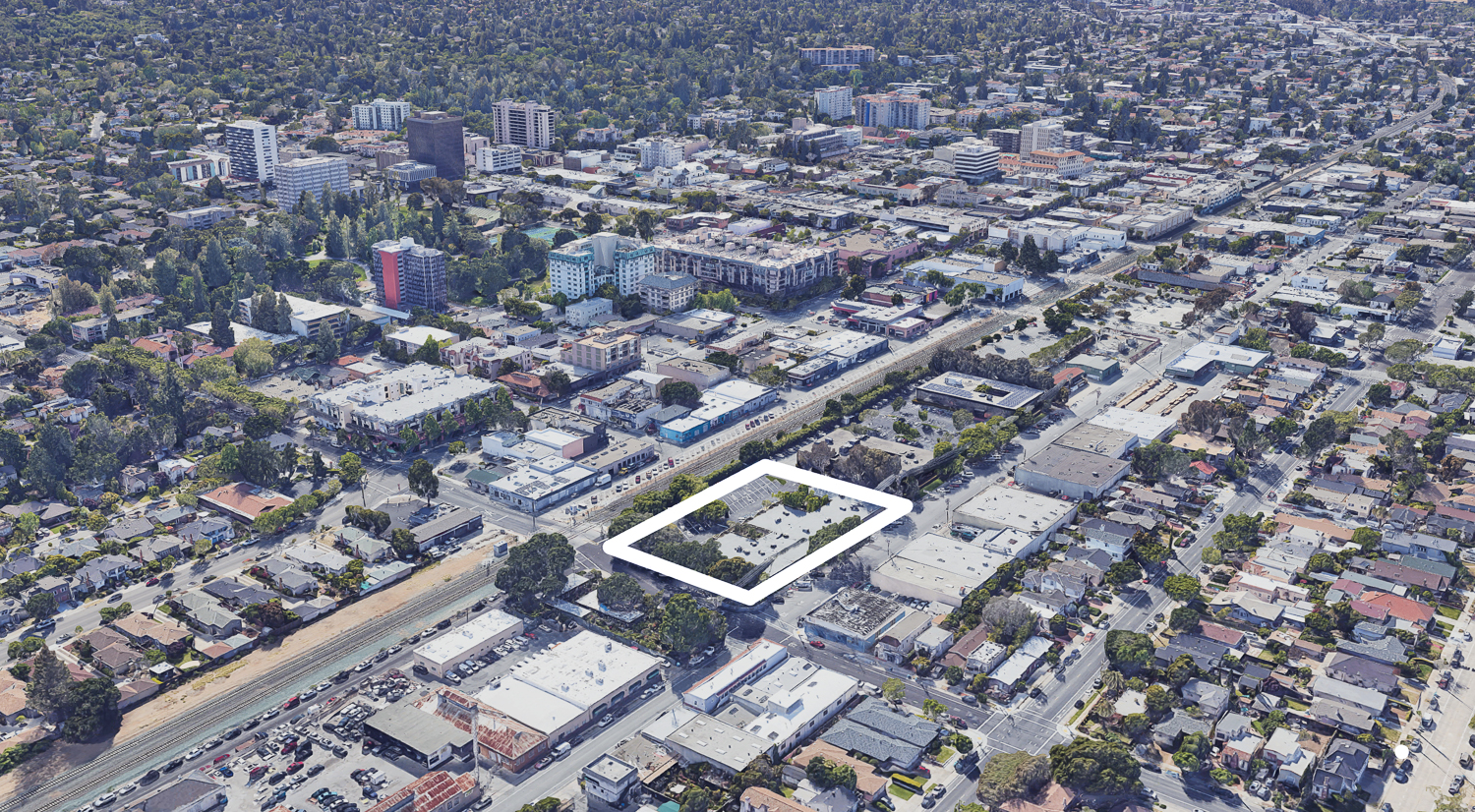 Demolition will be required for the 1980s-built single-story office building and surface parking. The property is located along 9th Avenue between South Claremont Street and the Caltrain train tracks. The San Mateo Train Station is just ten minutes away on foot, passing by much of the city’s commercial core.

The estimated timeline and cost for construction have not yet been established.