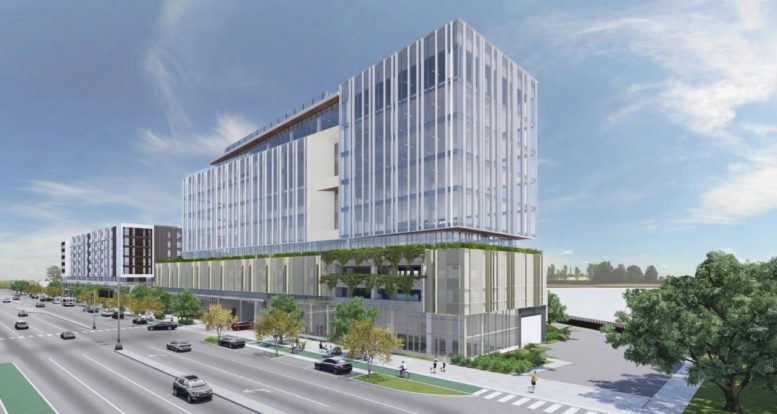 Plans to develop a new medical office building have been proposed for a site located at 1410 South Bascom Avenue in San Jose. The project proposal includes the construction of a building offering space for medical offices. The project site is located next to Bascom Station light rail stop and spans an area of 7 acres.

The developers have bought a portion of a triangle-shaped site where a mixed-use project known as Bascom Station is being built. Bascom Station is a residential and office development at the corner of South Bascom Avenue and Southwest Expressway. In 2018, Forum Real Estate Group and the Bay West Development, through an affiliate, paid $37.3 million for the seven-acre site where the mixed-use project is being developed.

The housing is going to to be developed on a portion of the site that spans 4.6-acres. A total of 590 residential units have been proposed for construction. Offices spanning 200,000 square feet will be developed on an adjacent 2.4-acre site. Earlier, the site was occupied by retail property known as Dick’s Center, where Zorba (a Greek restaurant) operated. The old commercial buildings have been demolished to continue the new project.

The developers paid $26.2 million for the site from Bay West Development in early August 2022. The estimated construction timeline has not been announced yet.