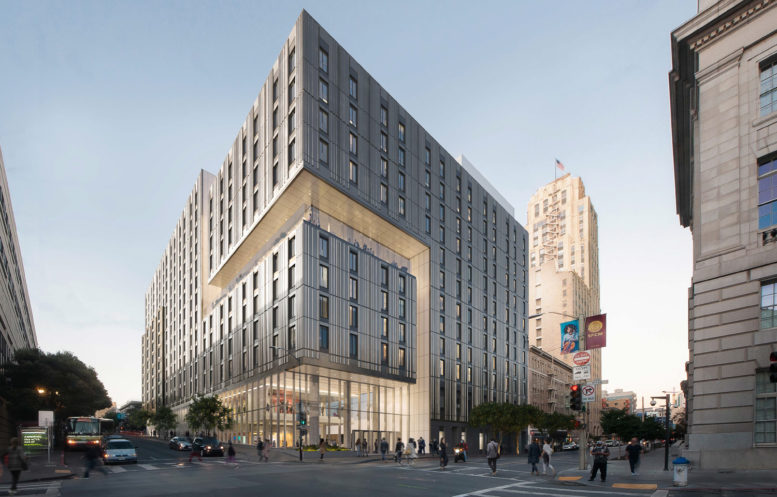 Facade installation started with concrete still rising at 198 McAllister Street in San Francisco. The project is the second phase of ​​UC Hastings College’s Academic Village project in the Civic Center. The 14-story addition will provide dorms, classrooms, and a vast diversity of other facilities by the summer of 2023.

The project has been developed through the joint venture of UC Hastings College of the Law and Greystar Real Estate Partners. 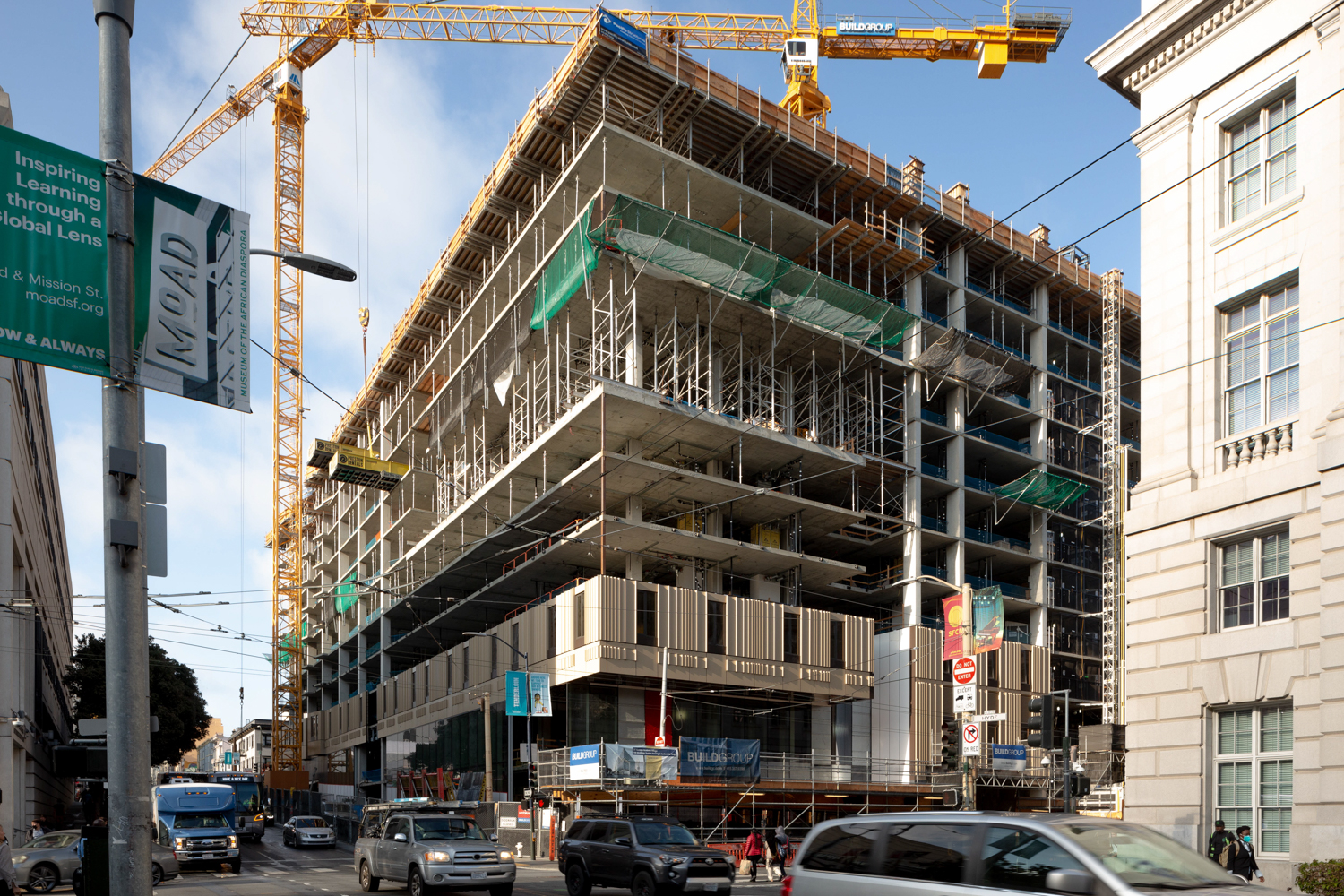 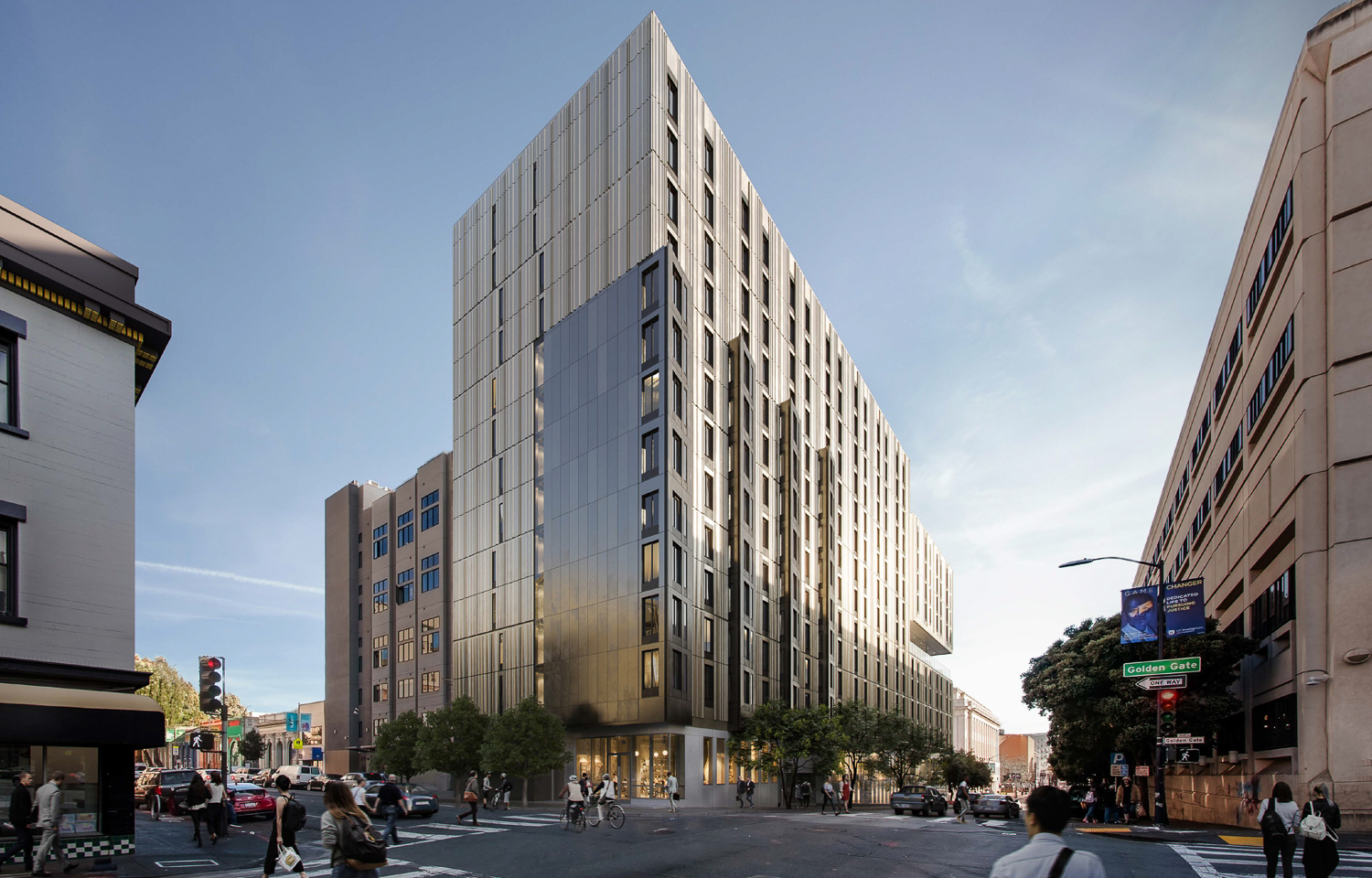 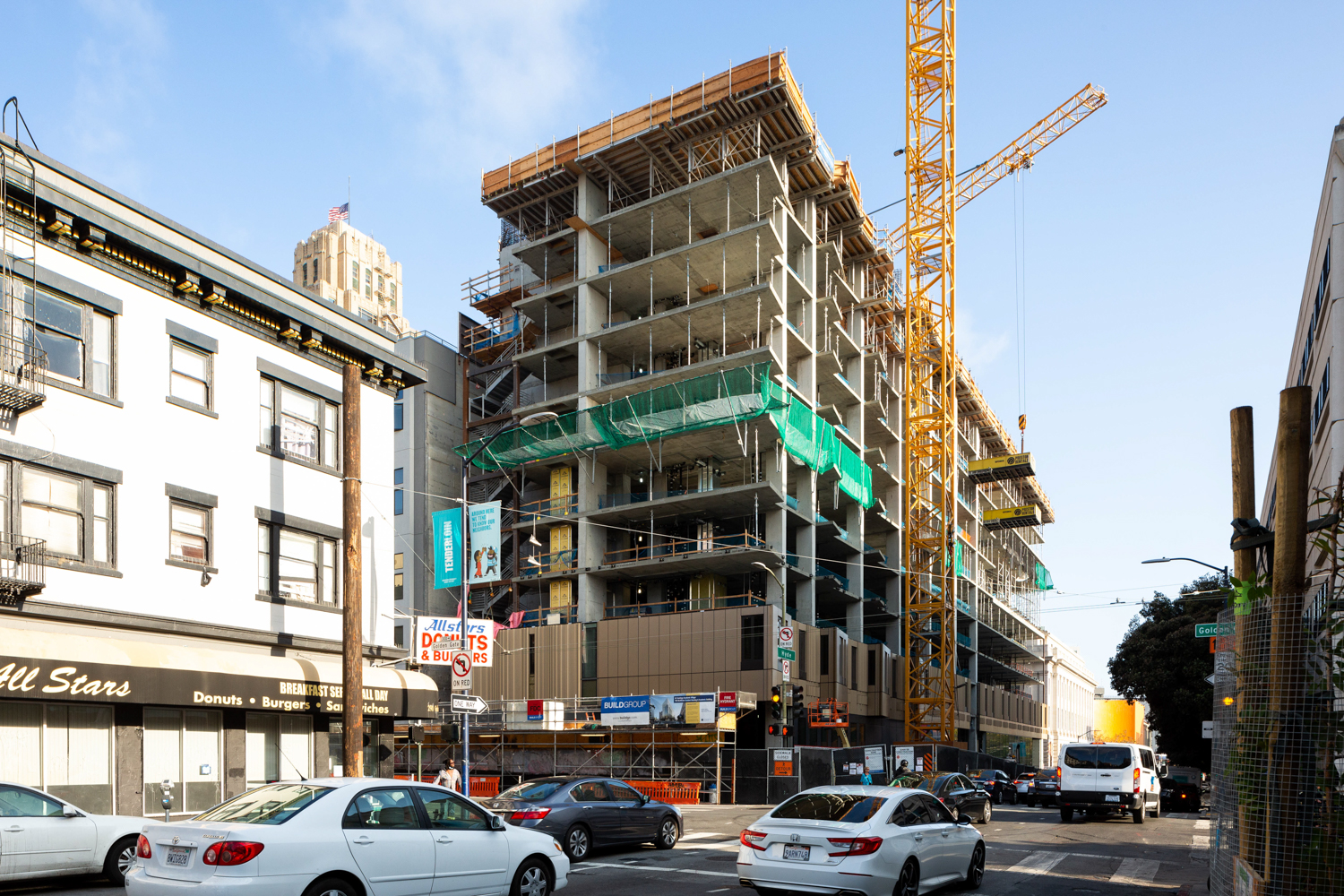 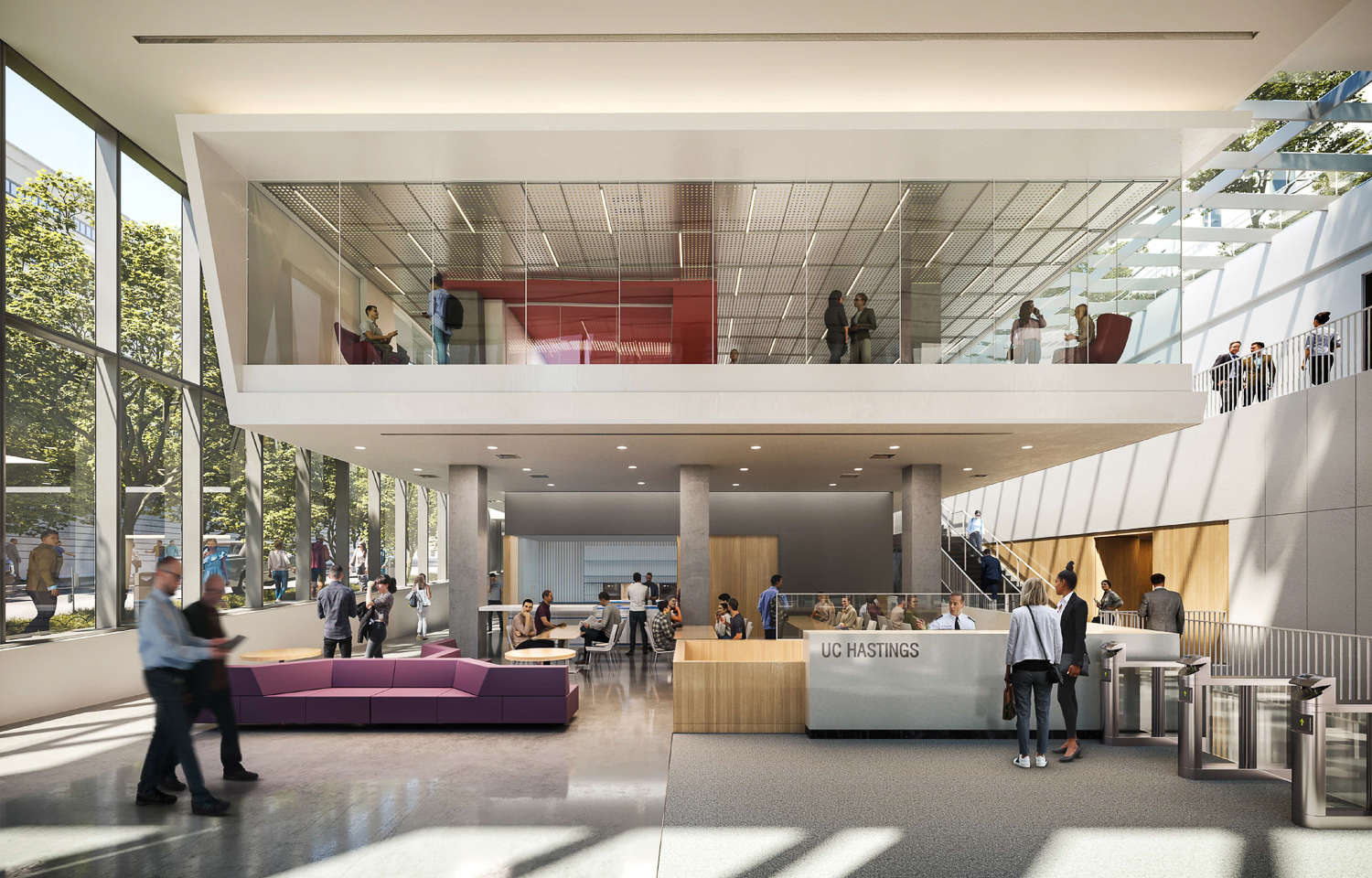 The bedrooms are spread across various private and shared units, including efficiency units, studios, one bedrooms, and two-bedrooms. According to the project narrative, the concept was introduced by Greystar and designed “to reflect an urban sensibility and lifestyle suited to the San Francisco setting.” Amenities will include a fitness center, study rooms, shared kitchens, and social lounges.

Perkins&Will is the project architect. The new installation showcases the facade’s custom concave aluminum panels. The panels were designed to produce an overall depth and texture to the structure, further aided by the carved-out seventh-floor deck, embracing a void between two massings. 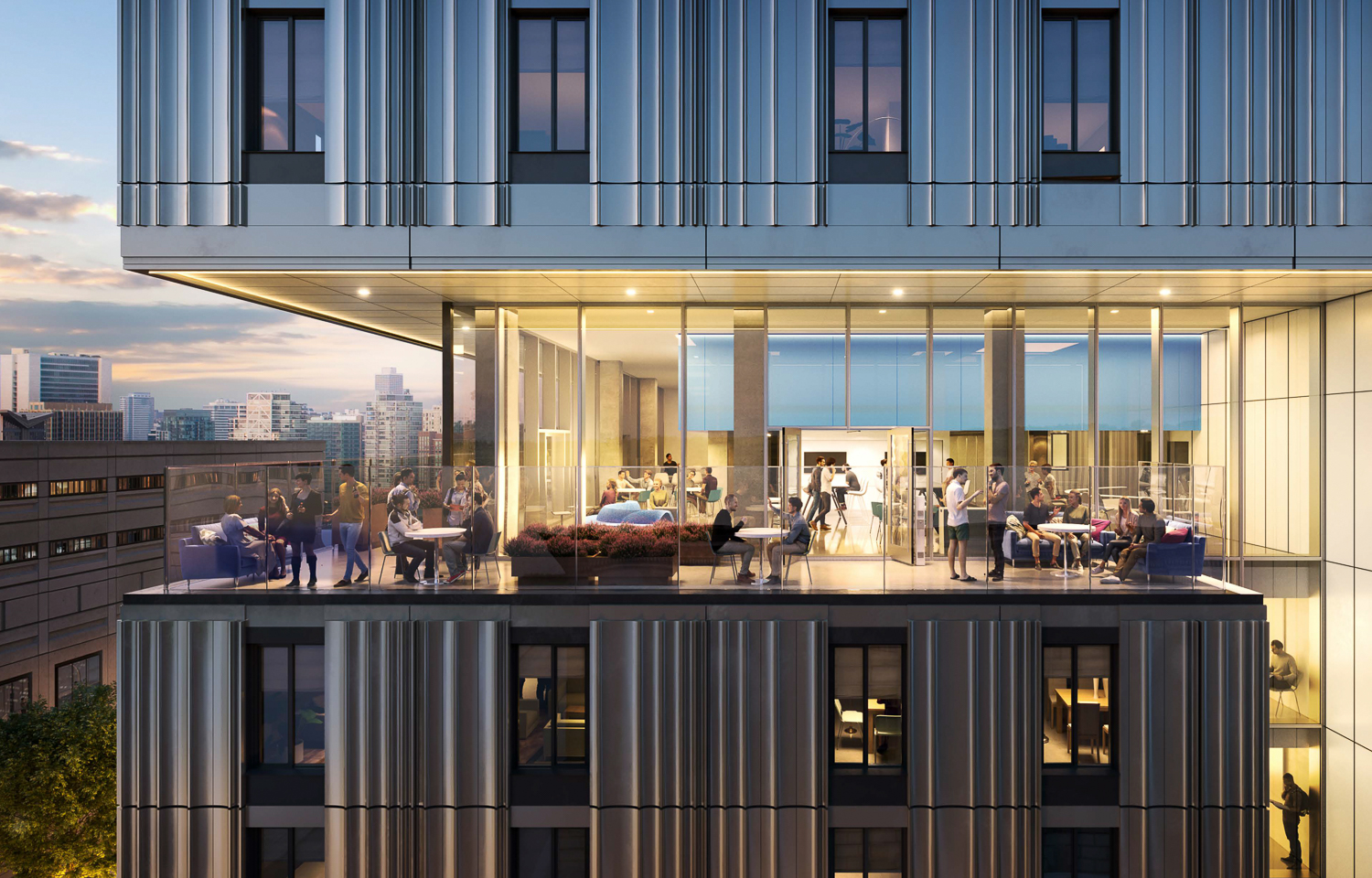 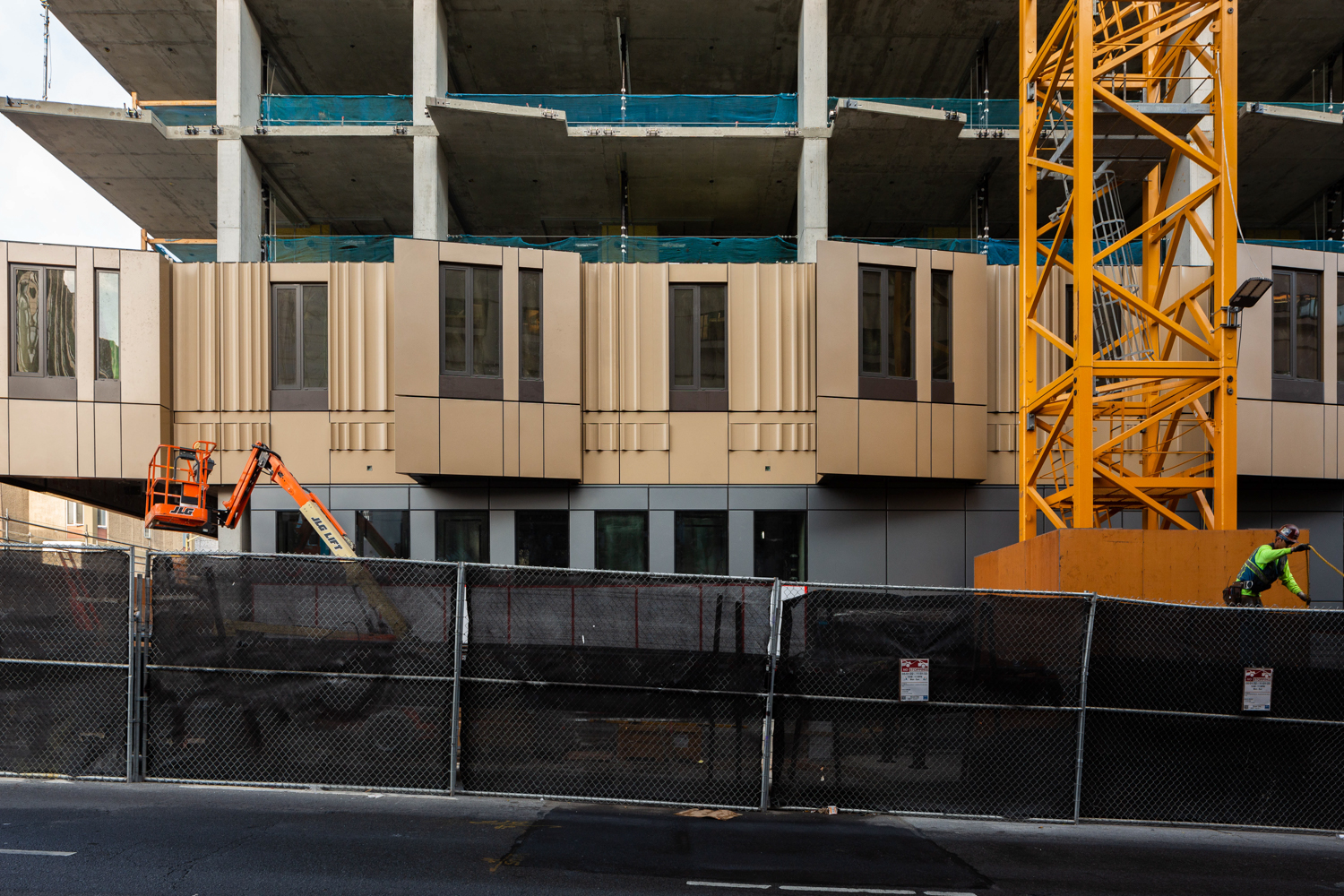 Build Group is the project contractor responsible for building 198 McAllister Street. The building is expected to be finished next year, with move-ins by July 2023. After that, work is expected to start on Phase three for the Academic Village.

Phase three, scheduled for 2023 to 2025, will renovate the 28-story mixed-use tower at 100 McAllister Street, also by Perkings&Will. Phase four, the final component, will create a new building at 201-247 Golden Gate Avenue, offering new facilities for UNITE HERE Local 2, including a union hall and offices above academic and residential facilities. 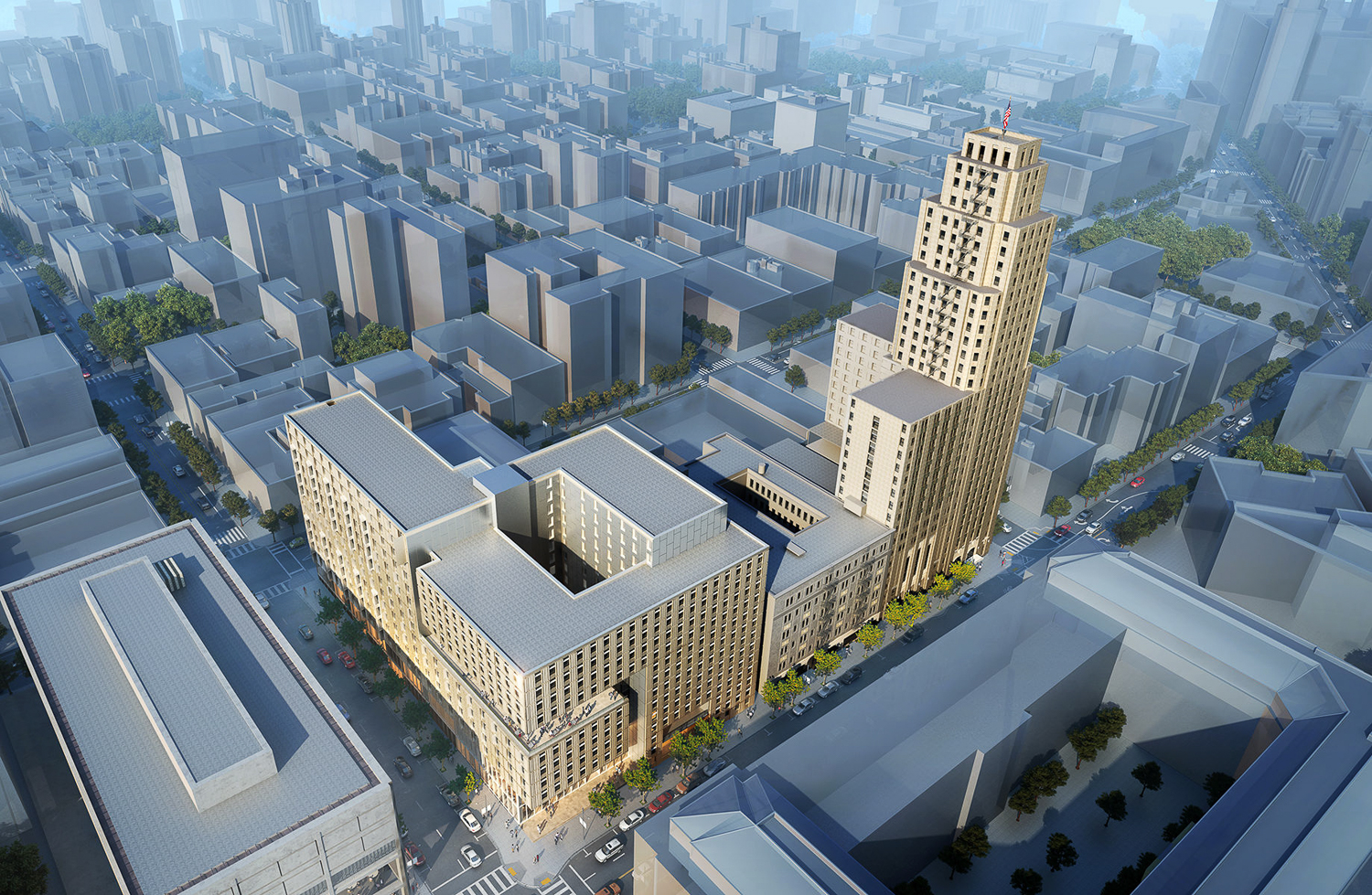 Construction started in 2021 after UC Hastings secured a $364 million tax-exempt bond for financing.

Be the first to comment on "Facade Installation Starts for 198 McAllister Street, San Francisco"