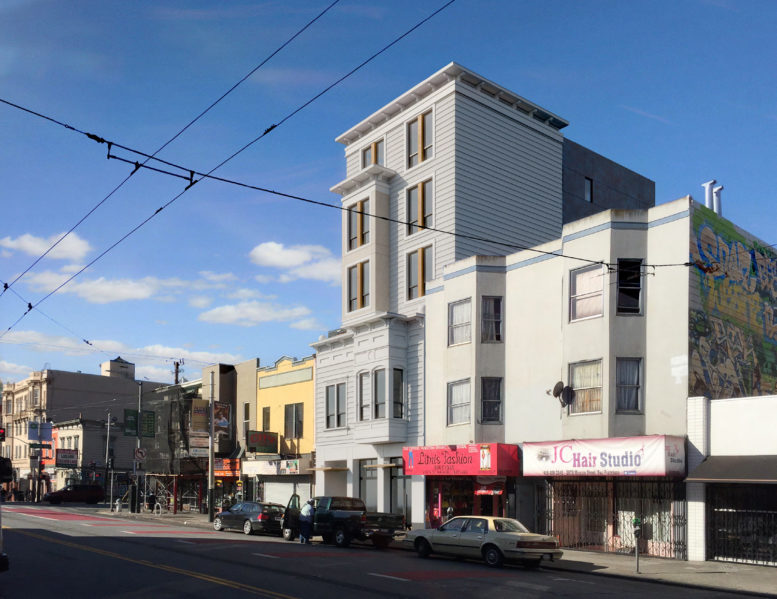 Plans for a six-story mixed-use infill have been approved for ministerial streamlining at 2976 Mission Street in San Francisco’s Mission District neighborhood. The project will create eight homes and new retail just two blocks from the 24th Street Mission BART Station and close to several bus lines. El Mission Investment LLC, led by a Palo Alto-based individual, is listed as the building owner. 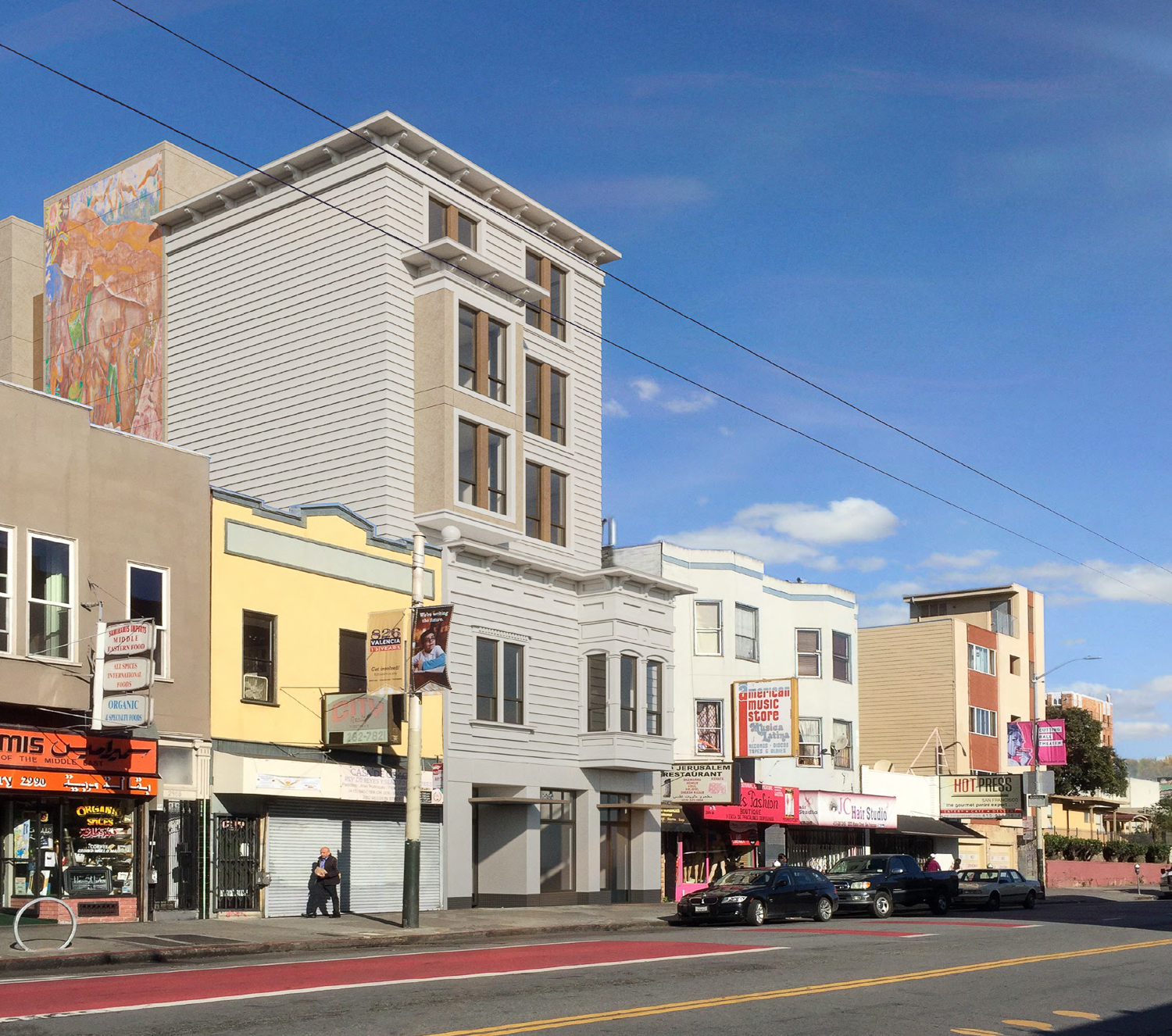 2976 Mission Street view from the southeast, rendering by Elevation Architects 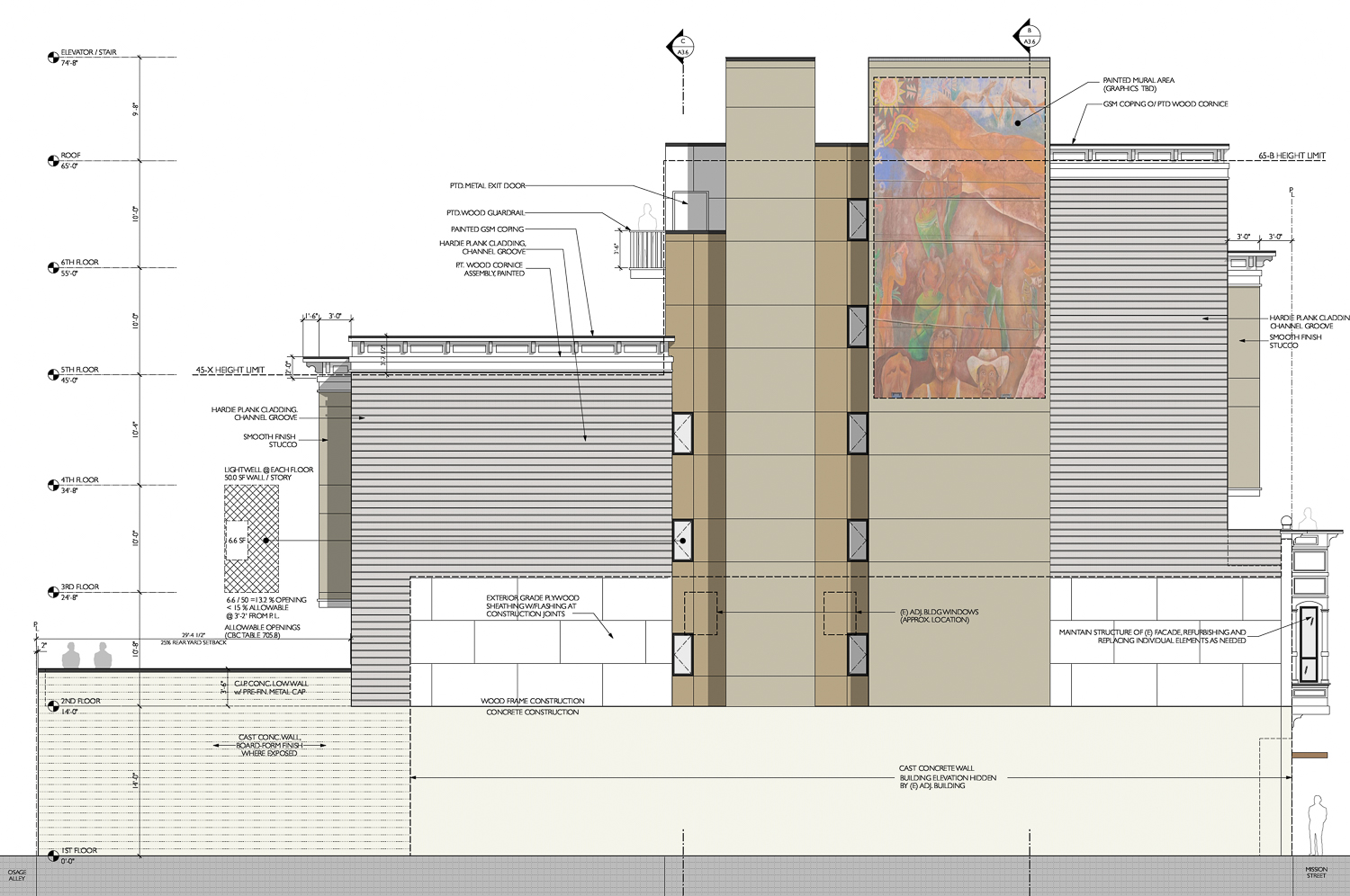 The 65-foot tall structure will yield around 12,120 square feet, with 1,600 square feet for ground-floor retail, two private decks, and shared open space in the backyard and fifth-floor terrace. Of the eight apartments planned, there is a one-bedroom unit and seven two-bedroom units.

Long-term parking will be included for eight bicycles, with outdoor parking to be installed for two bikes. There will not be vehicular parking, owing to the site’s proximity to public transportation within a dense and walkable area.

Elevation Architects is listed as responsible for the design. Facade materials will include horizontal plank siding, stucco, and painted wood cornices to match the historic facade and the additional construction. The new floors will be set back from Mission Street to afford the existing facade greater prominence. Plans include a potential mural location along the eastern elevation. 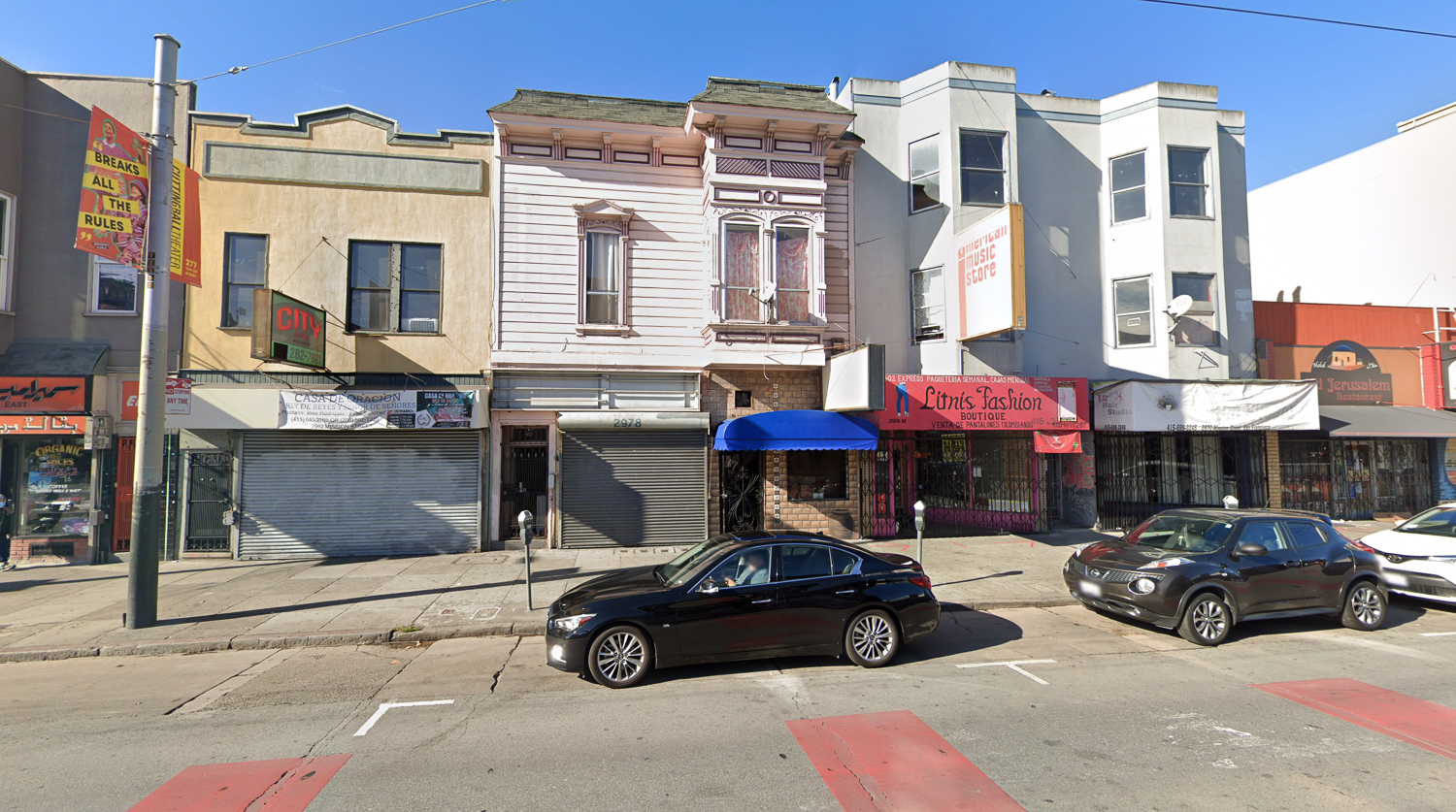 The property is located along the west side of the retail-rich Mission Street thoroughfare between 25th and 26th Street.

Construction is expected to last 21 months, from groundbreaking to completion.