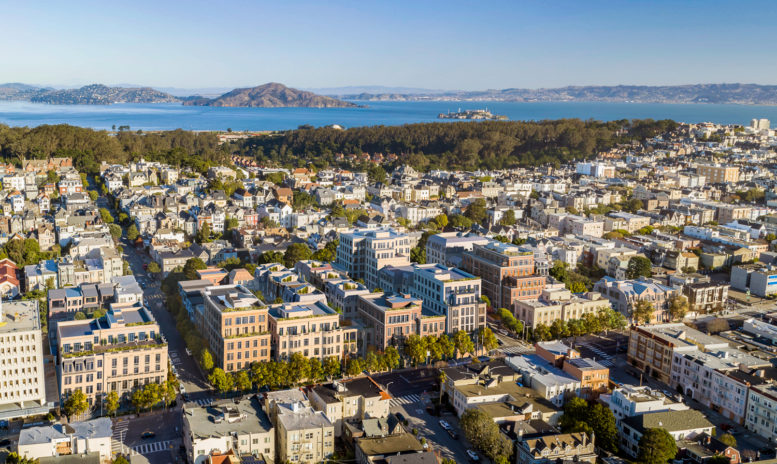 Representatives for 3700 California Street have filed a request to extend the approved entitlement for a 31-building residential redevelopment of the Sutter Health-owned medical campus in San Francisco’s Presidio Heights. The move comes after TMG and Sutter Health backed out of the redevelopment plans in May of this year. The campus was listed for sale by CBRE. 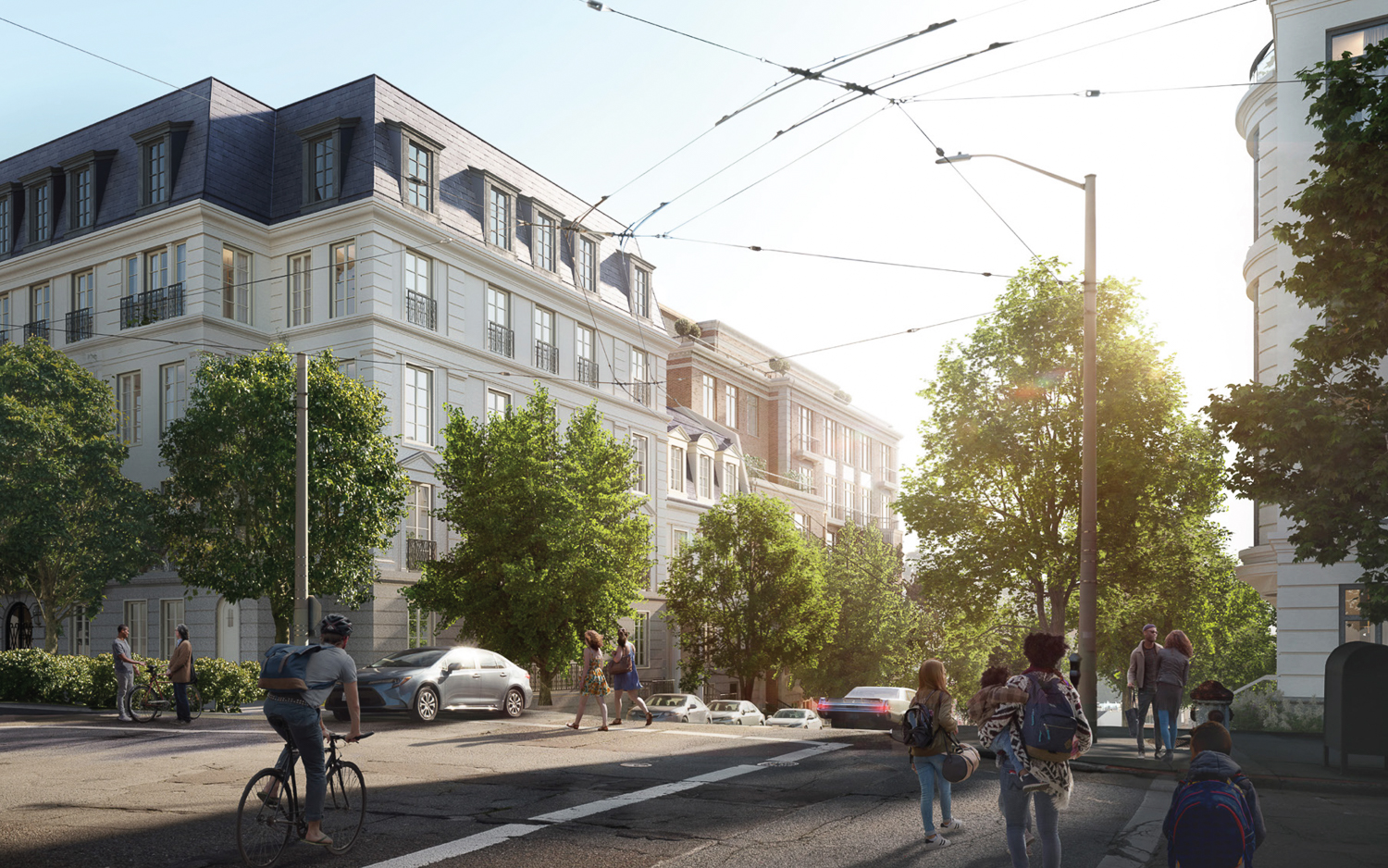 3700 California Street at the intersection of Sacramento Street and Maple Street, rendering by Robert AM Stern Architects 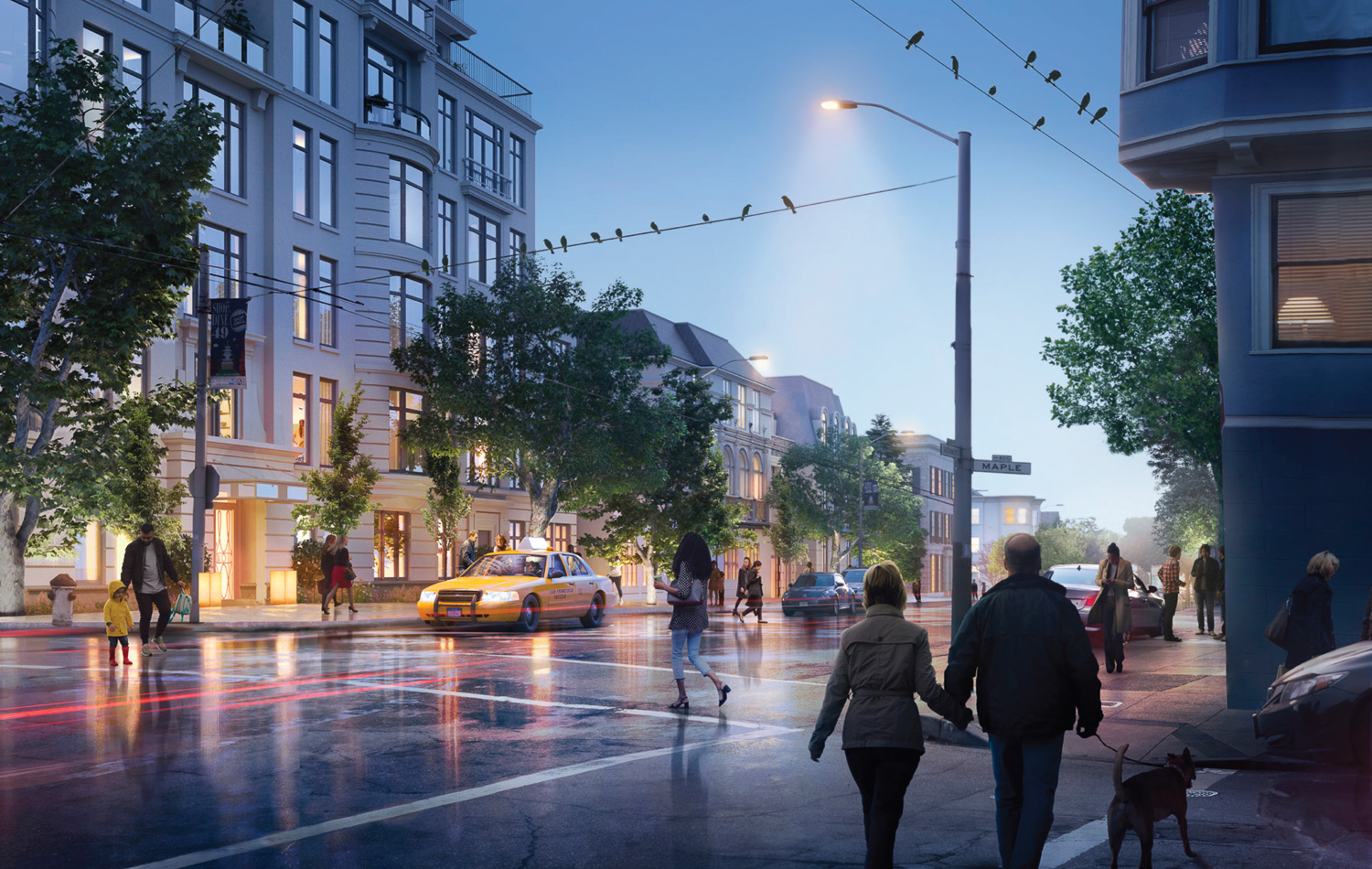 Reporting for the San Francisco Business Times in May, Laura Waxmann reported that TMG President Matt Field expressed to her, “though we are disappointed not to be building the project, we are proud of the neighborhood process and the resulting project vision and appreciate Sutter Health’s commitment to swiftly identify a buyer to realize the project.” Sutter Health has since moved its facilities from 3700 California Street to 1101 Van Ness Street.

CBRE has not yet replied to a request for comment. The listing price has not been publicized, but a San Francisco planning department estimates the property, land, and structures on-site to cost just over $50 million. The department does not include a date for when the estimate was made. 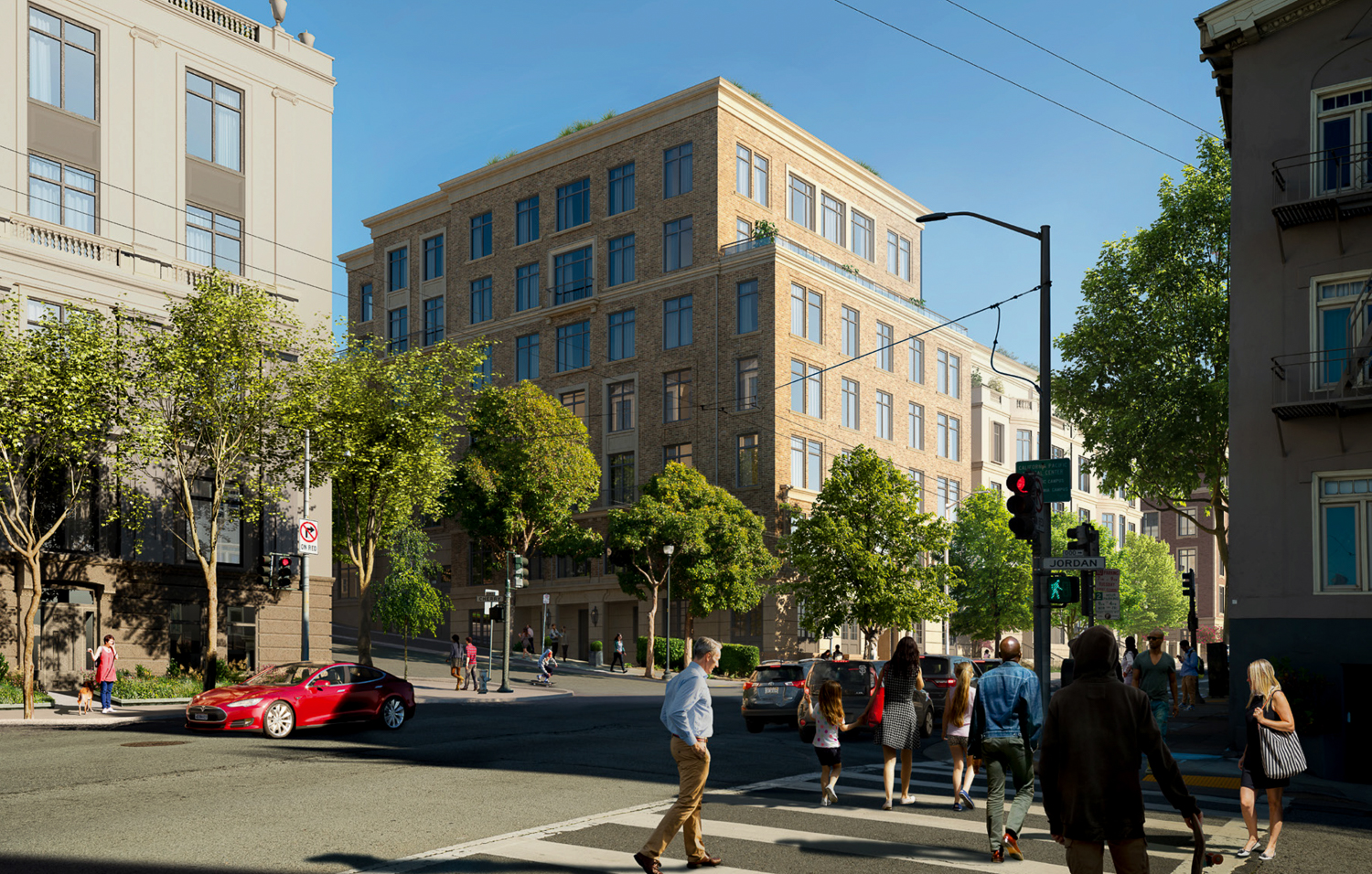 3700 California Street at the corner of California and Cherry Street, rendering by Robert AM Stern Architects 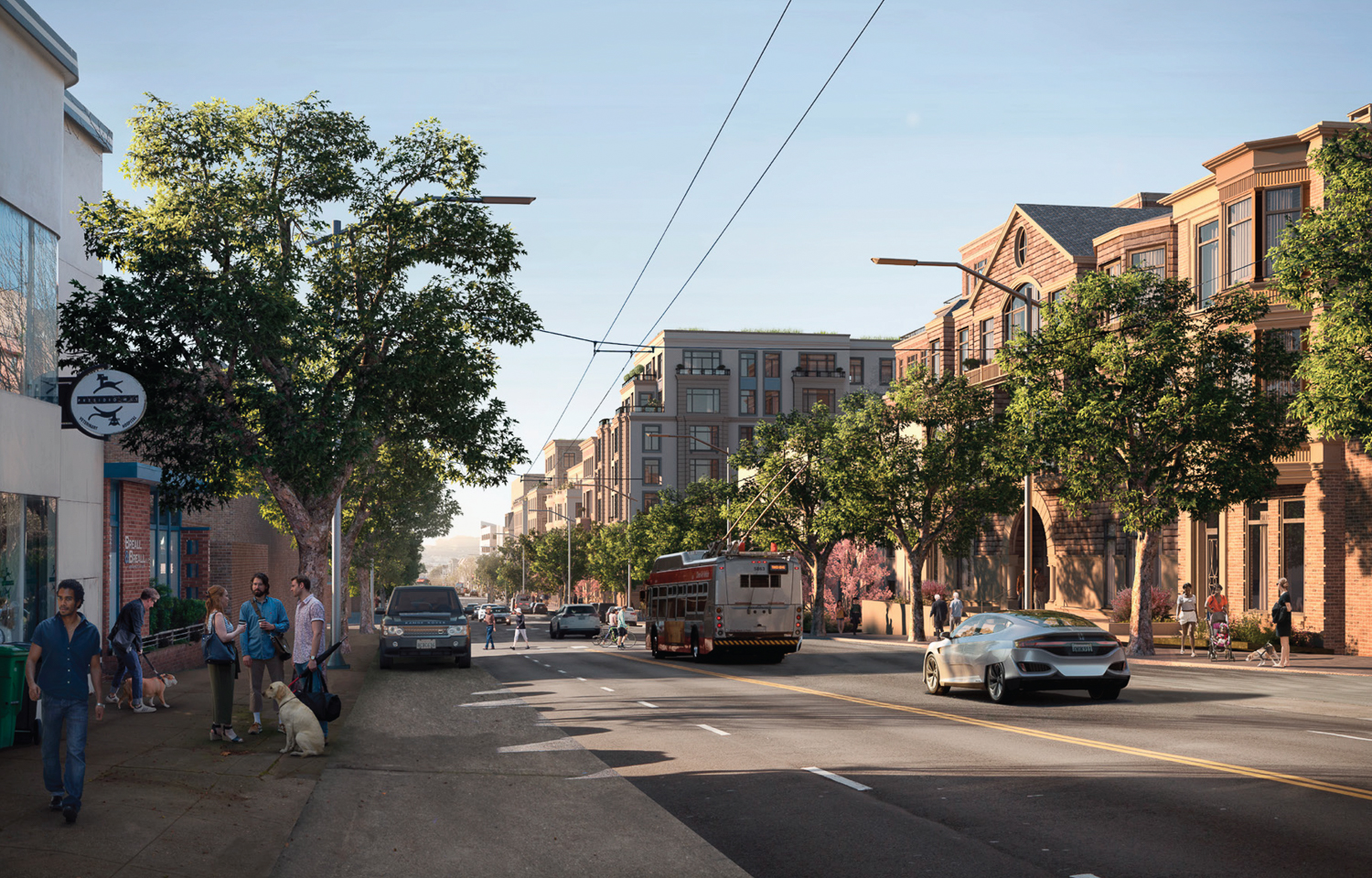 The initial proposal was a joint venture by TMG Partners and Grosvenor. The development offered a refreshing approach to a multi-block development, with plans to create 31 separate structures across 4.9 acres divided between one full block and two half blocks.

Robert A.M. Stern Architects is responsible for the design in collaboration with BDE Architecture. The Miller Company did the landscape architecture, and BKF consulted on the engineering. The RAMSA design incorporates a variety of traditional architectural styles to cultivate a vibrant and uniquely balanced built environment. If built as designed, the project would be a unique contribution to San Francisco.

The project included 14 single-family townhome-style projects and several multi-family buildings. Across all 31 buildings, the project would have created 632,550 square feet of total floor area with parking for 416 cars and 439 bicycles. The entitled plans would create apartments ranging in size from studios to four bedrooms. 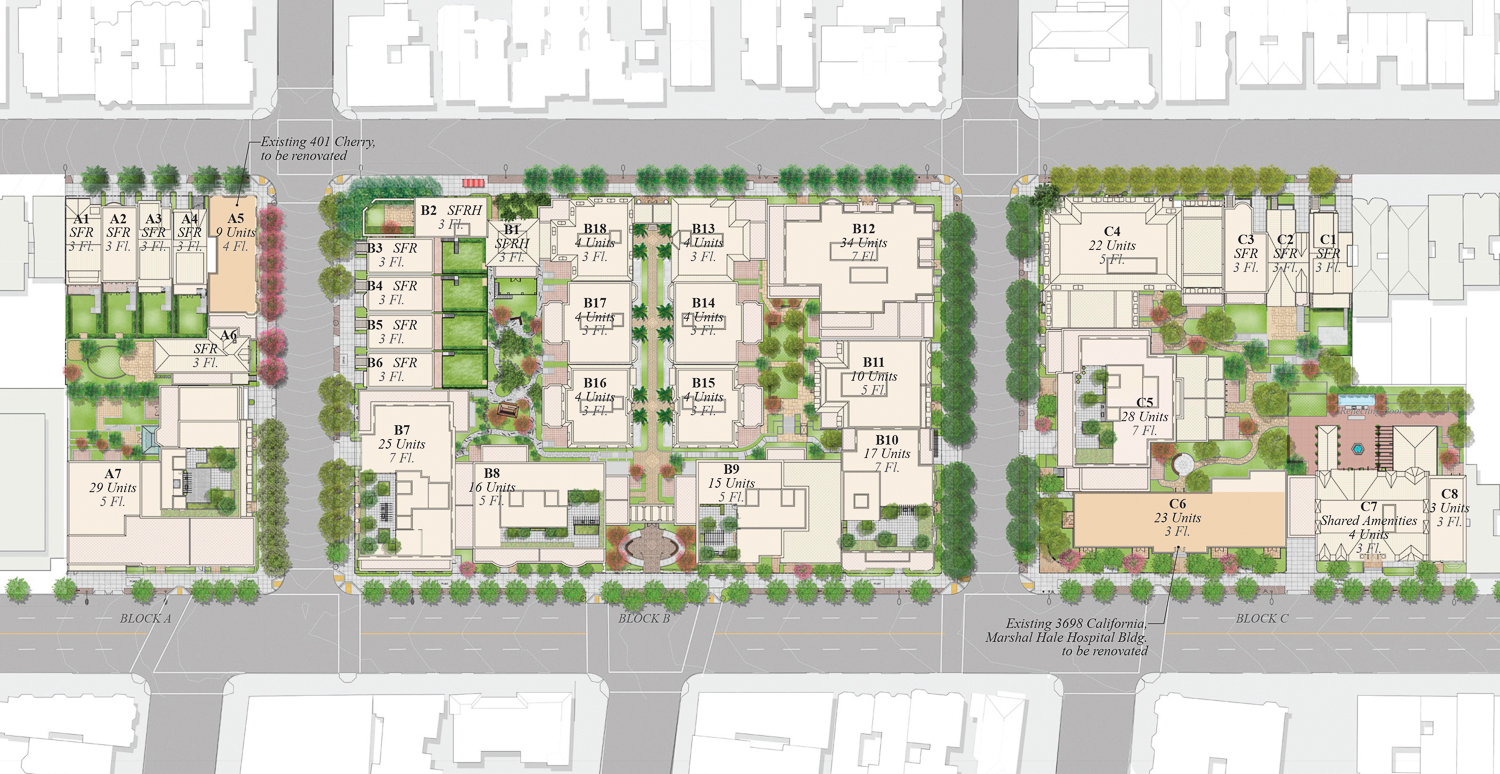 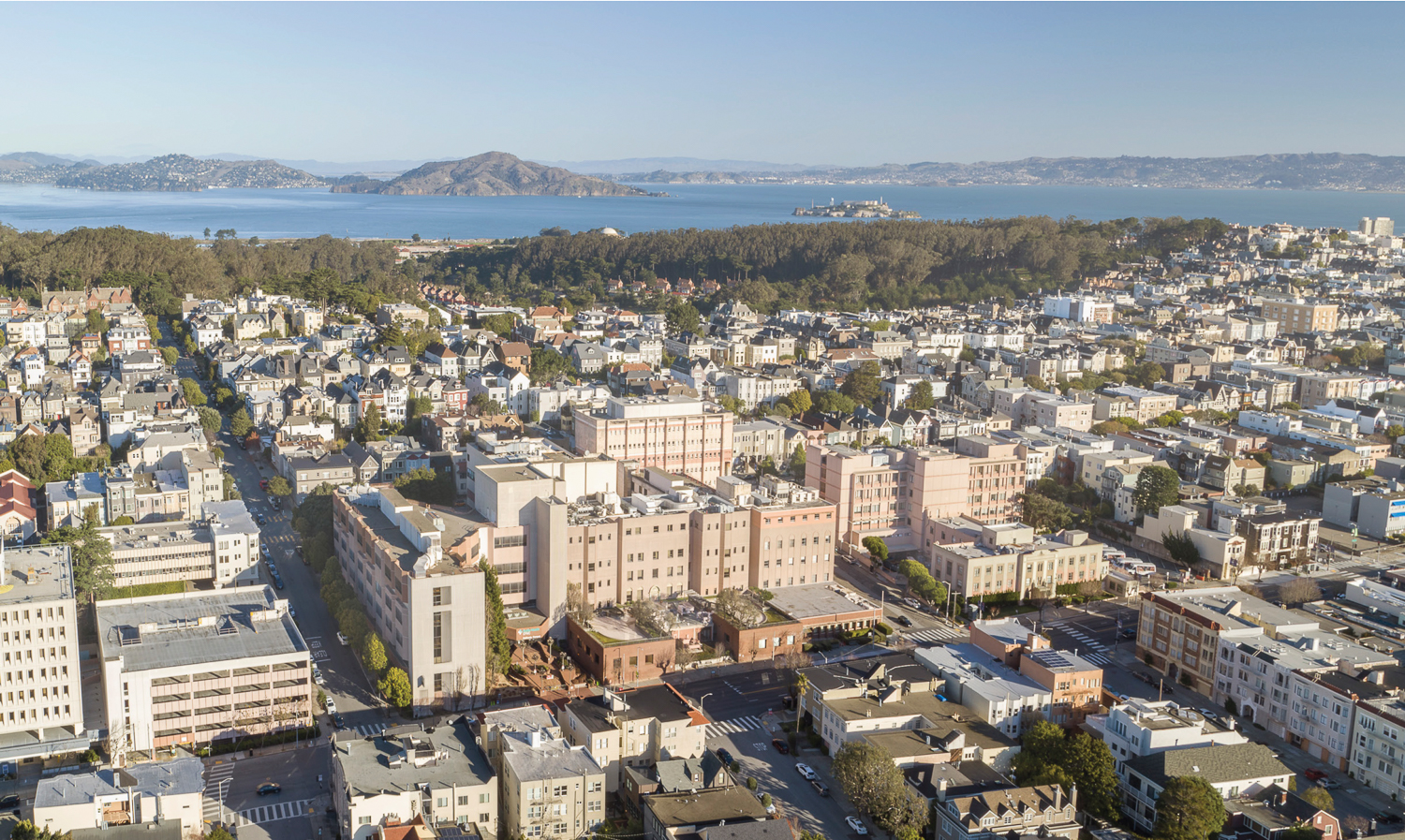 The recent filing by Reuben Law specifies plans for 264 units across 31 buildings. While the plans are substantial, it is mid-density, averaging just over 50 units per acre. The entitlements are set to expire by February 27th of next year. If the extension request is approved, the expiration date will be moved to February 27th, 2026.

Representatives for TMG Partners and Grosvenor have not yet replied to a request for comment.