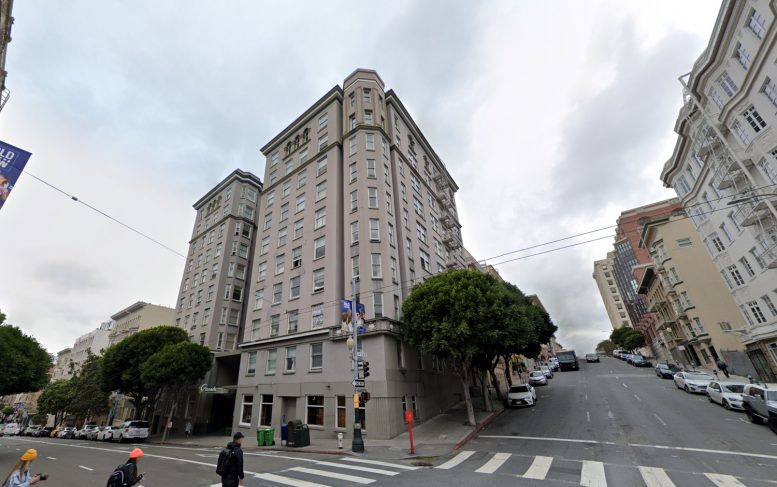 Permits applied to the SF Planning Department indicate that the City of San Francisco’s SF Homekey program intends to acquire 1000 Sutter Street. This would give the city a ten story hotel bordering the Nob Hill neighborhood in San Francisco. The structure is between Hyde Street and Larkin Street. It’s in a dense and desirable area in walking distance to the Polk Gulch and Tenderloin neighborhoods, and not far from Chinatown.

The permit describes creating 232 units to be permanent supportive housing for people in the city who are homeless and vulnerable to COVID-19. The structure was home to The Granada, a large senior care facility.

The San Francisco 2019 PIT (point-in-time) Homeless Count documented as many as 8,035 people experiencing homelessness in San Francisco. This was a 17% rise from 2017, and figures are expected to be worse for 2020. Those who are homeless are at a higher risk of contracting the COVID-19 virus. San Francisco has ramped up efforts to relocate and shelter those who list themselves as not having an official address. So far, the city has booked 2,600 hotel rooms temporarily to help quarantine those at high risk of the virus.

The 2019 count also reported 67 percent of San Francisco’s homeless have a disabling health condition and 65 percent have been homeless for over a year. 57 percent of those who a4e homeless are above the age of 41, meaning a higher number of population that struggle the mist when contracting the virus.

The permit was filed one day after Proposition C was upheld by the State Supreme Court. Proposition C freed nearly half a billion dollars for the city to invest on behalf of homeless people. However, we cannot confirm if the funding to acquire 1000 Sutter Street came from the result of that decision. We reached out to the office of the Mayor for comment on Friday, and have not heard back yet.

By creating 232 housing units for those experiencing homelessness, a significant step is being taken forward to improving and assisting San Francisco’s low-income population.

Be the first to comment on "SF Homekey Project Planned For 1000 Sutter Street In Nob Hill, San Francisco"