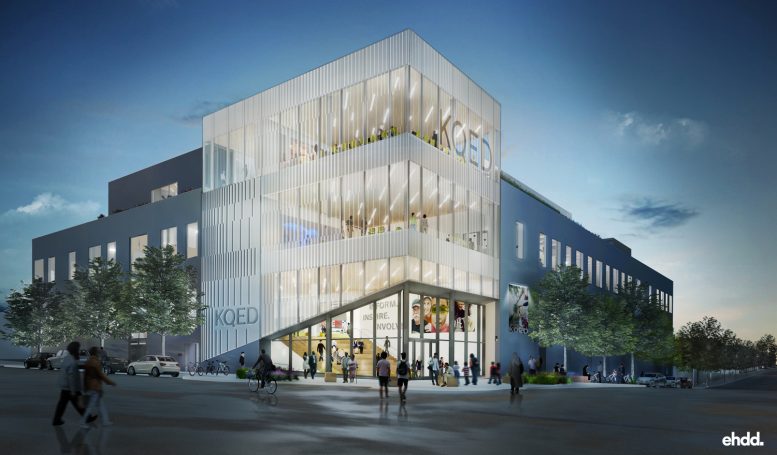 Exterior view of the KQED headquarters at 2601 Mariposa Street in San Francisco. Community, transparency, collaboration and innovation are at the heart of EHDD’s design. Rendering courtesy of EHDD Architects

Construction is moving swiftly for the revamped KQED headquarters. The long-time home for the iconic Bay Area-based media station at 2601 Mariposa Street, Mission District, is redefining itself to accommodate for their significant growth since purchasing the lot in 1991. While their personality and care for broadcasts have endeared them to the public, their new design invites the public inside. EHDD Architects, also known for the Exploratorium at Pier 15, are responsible for the design. 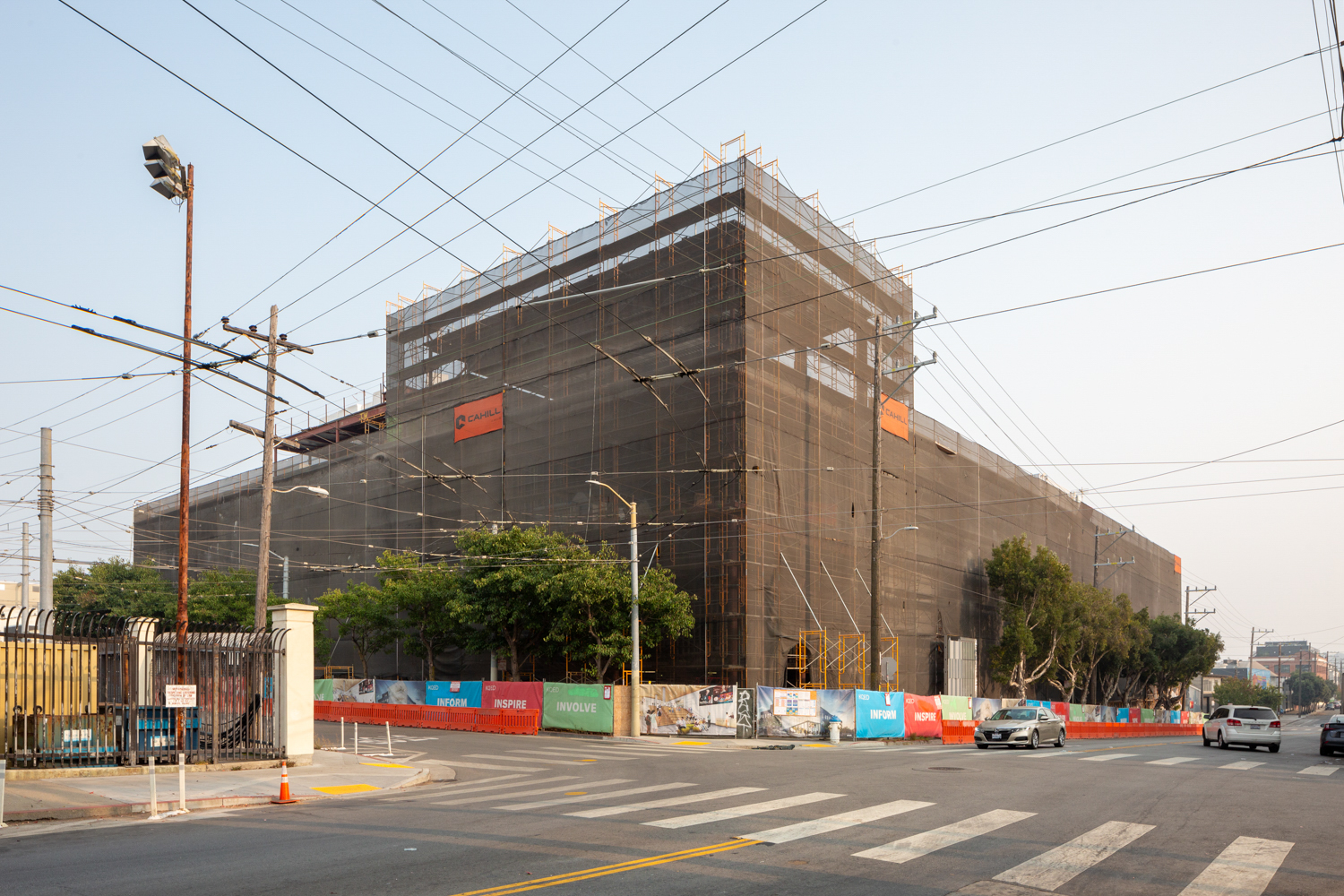 The nonprofit is now known for more than what it set out to be in 1954. Originally a radio and television broadcast, KQED has grown to be one of the country’s most successful public television stations, now a multi-platform organization that goes beyond the news to offer educational and inspiring content.

Rebecca Sharkey, the principal of EHDD Architecture, spoke of what the nonprofit wanted for the redesign, saying, “KQED told us from the start they want to make themselves more visible to the community and open up about what public media does.” 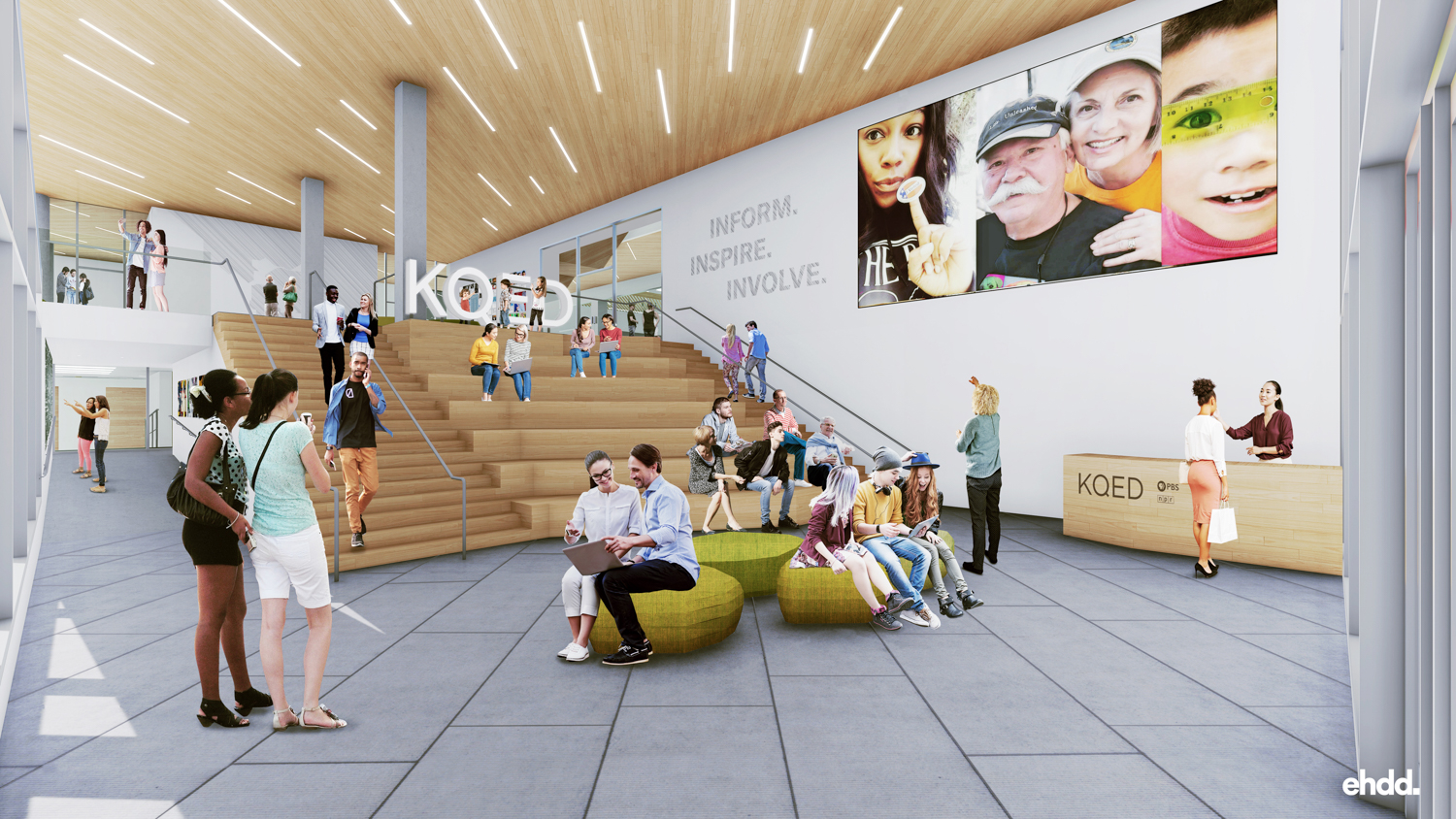 The new vibrant and welcoming lobby is one of many community spaces at the new KQED headquarters. Rendering courtesy of EHDD Architects

The building’s main entrance, at the corner of Mariposa and Bryant Street, is the most distinctive and inviting feature. Its transparent curtain wall facade will rise to the full height, allowing people to peep into the lobby, open-floor offices, and even a meeting room. While none of the new facade is installed, a mockup is on display for pedestrians like myself to admire. The high-ceiling and publicly accessible lobby blend an amphitheater’s ambiance with the office entry hall, featuring concierge, a twenty-six-foot tall media wall, and plenty of oak-bench seating. 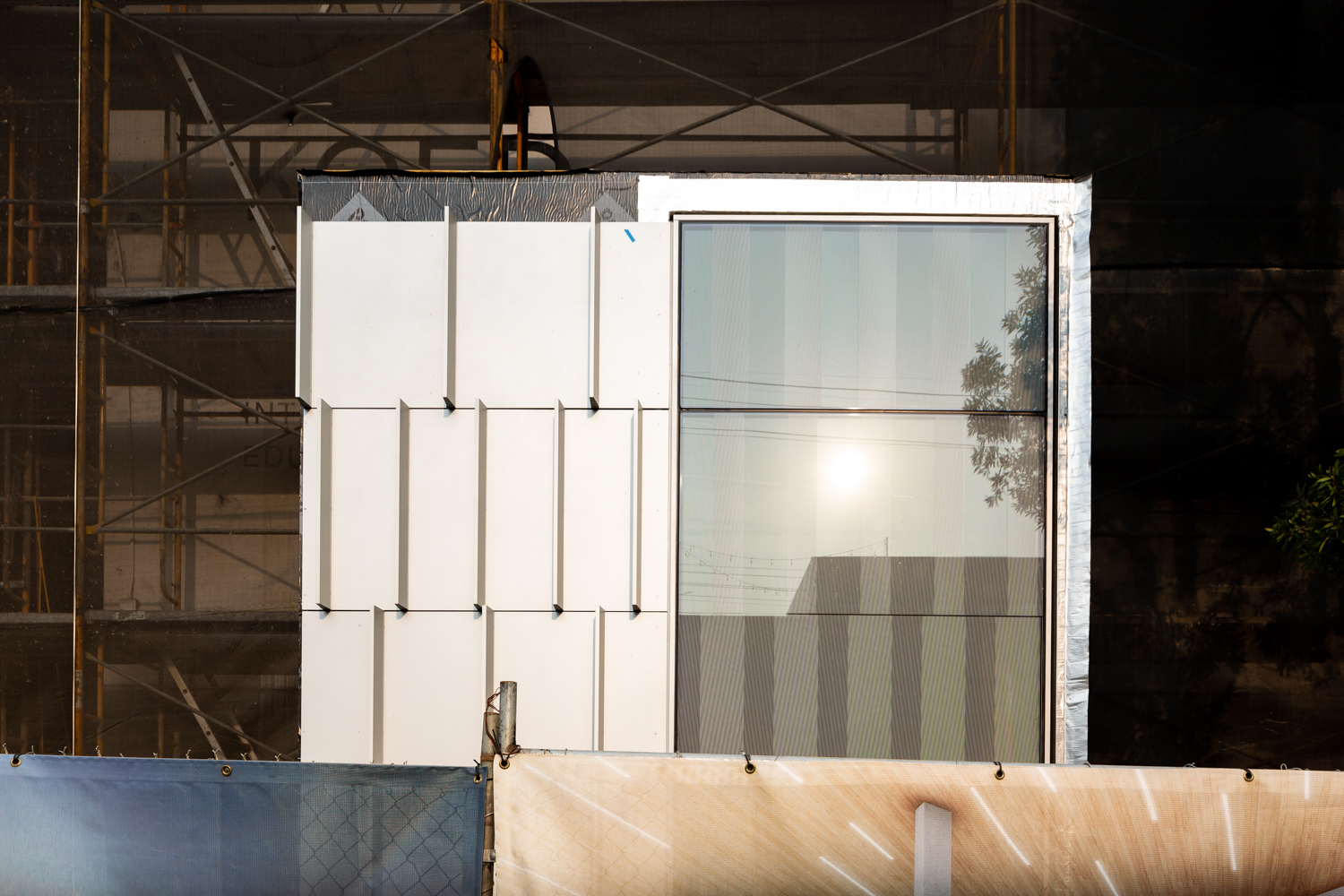 Sample of Facade for the KQED HQ at 2601 Mariposa Street, image by Andrew Campbell Nelson

Construction is estimated to cost $91 million. While the nonprofit had searched a more economical move, their recently-paid off mortgage helped tip the scales to retain their location. From the media-firms public press release: “2601 Mariposa has been KQED’s home since 1992 when KQED was primarily a television and radio station with 200 employees. The current building reflects the industrial nature of broadcast production at that time. A quarter of a century later, KQED has more than 450 employees with a transformed organizational structure built on cross-platform collaboration, community engagement, and innovation.” 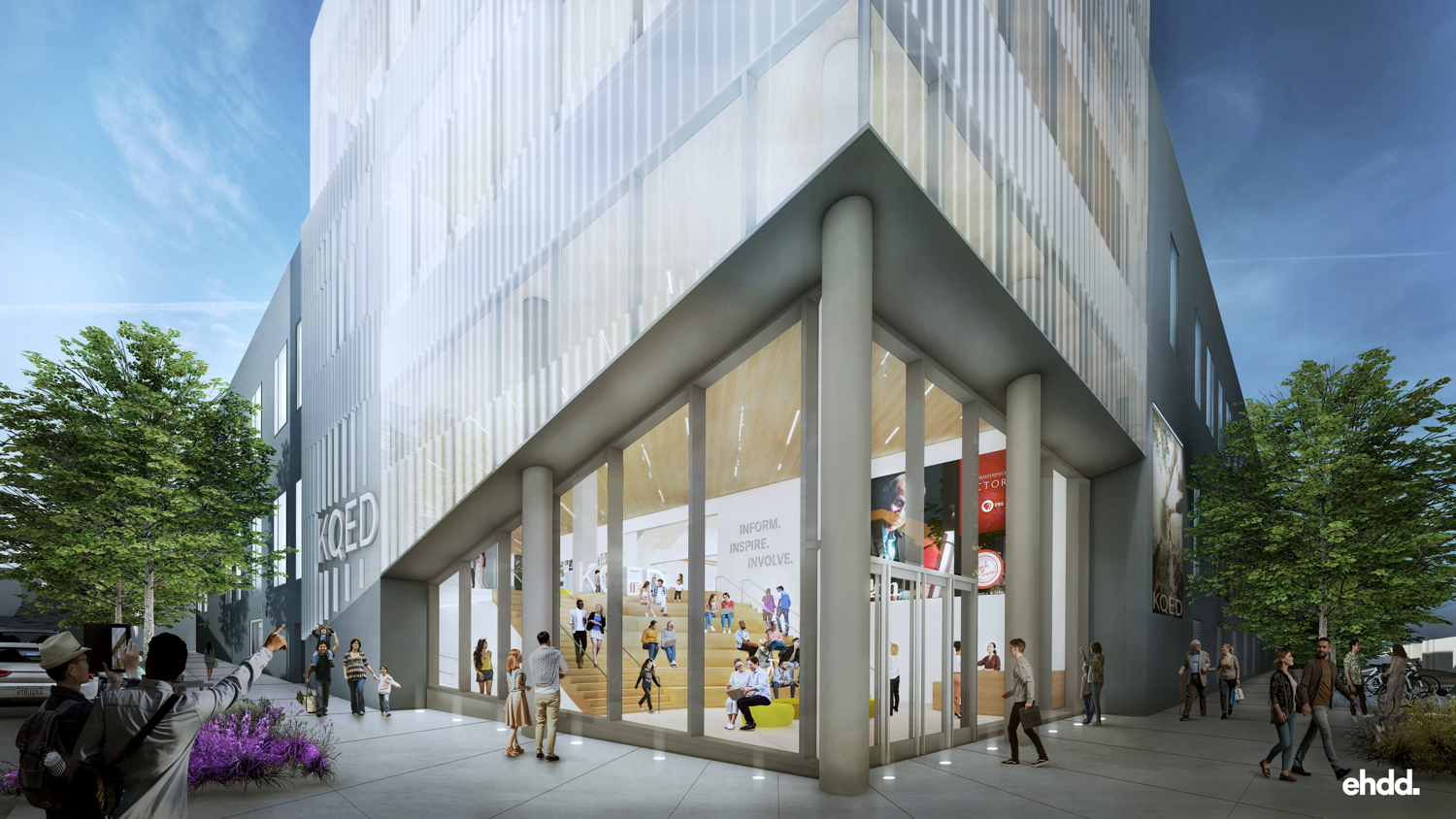 The glassy, dynamic façade of the new KQED Headquarters reflects KQED’s commitment to transparency. The new design moved the entrance to the corner of Bryant and Mariposa Streets for more visibility and ease of accessibility. Rendering courtesy of EHDD Architects.

According to the city records, the building last sold around that time for $9.4 million, with its current value estimated at $27.7 million. The renovation permits, filed in 2019, describe the project expanding its footprint at the north-west corner, adding a new multipurpose meeting room, catering, roof terraces, and renovated interiors. 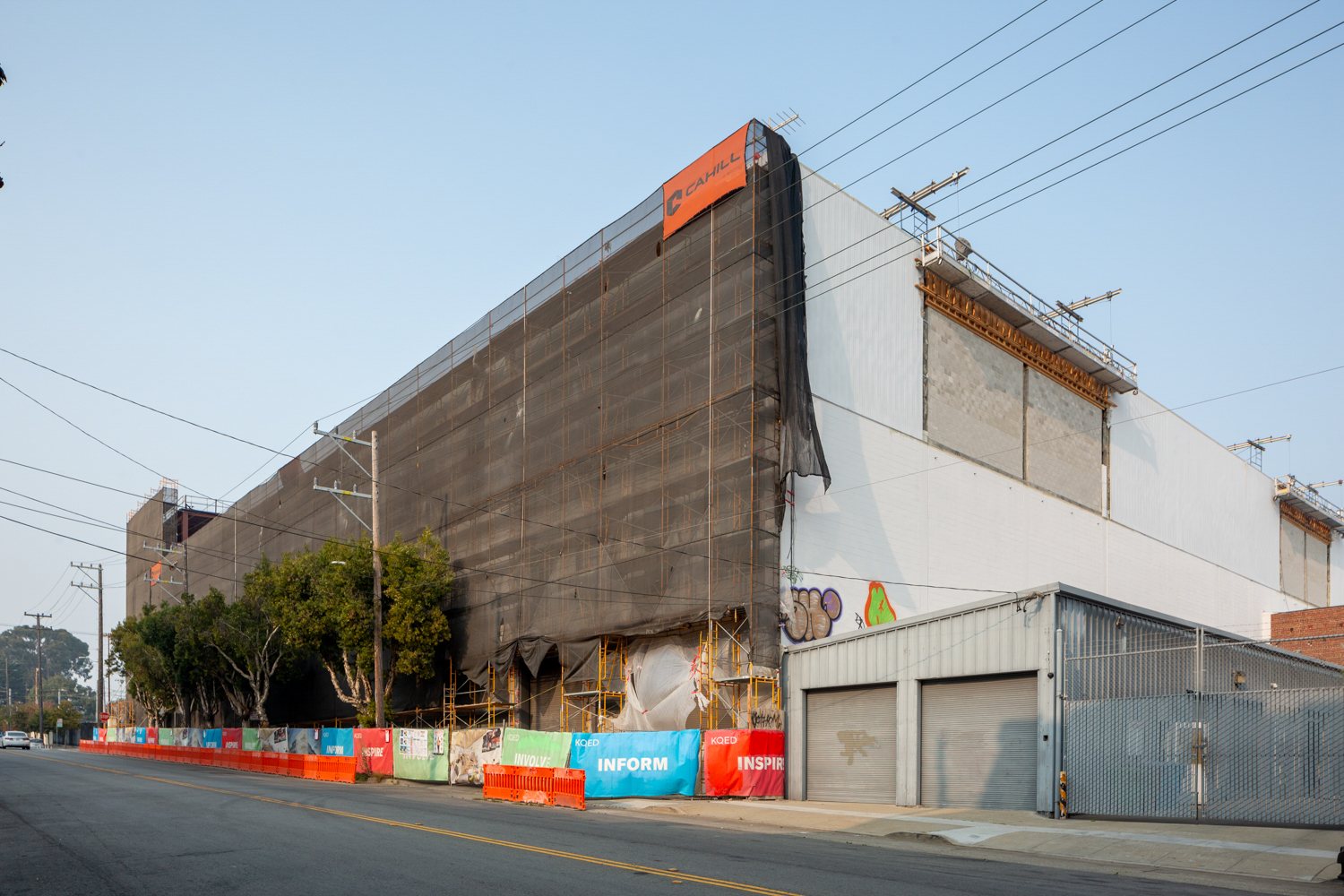 The construction project will be retaining much of the original structure’s form while also expanding upwards. Groundbreaking for the redevelopment took place in 2019, with Mayor London Breed, Senator Scott Weiner, KQED President Emeritus John Boland, KQED Board Chair Hank Barry, Campaign 21 Chair Anne Avis, and EHDD Principal Rebecca Sharkey attending. Completion is expected by the second half of 2021, at which point staff will be able to return from their temporary office at 50 Beale Street and their home offices.

Be the first to comment on "Facade Spotted on KQED’s HQ Renovation at 2601 Mariposa Street, Mission, San Francisco"