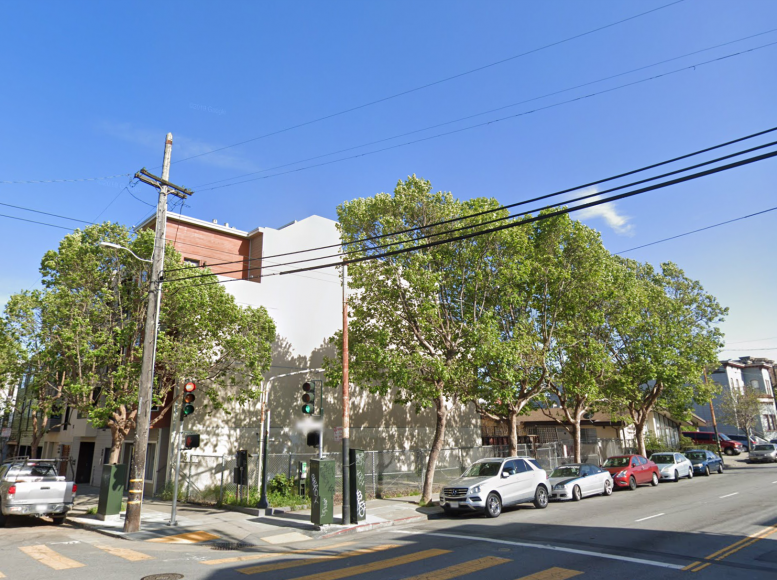 Permits have been filed for a new building 1101 South Van Ness Avenue in the Mission District, San Francisco. The application calls for the construction of three residential units, serviced with two elevators. Of the three apartments, 1101-A and 1101-B will have access to rooftop decks.

The building will replace what is currently a vacant lot. The lot is shaded by a supply of mature trees, which will likely be cut down to make way for the new triplex. Such vacant land is comparatively rare for San Francisco, which makes this infill project particularly interesting.

The site is between 22nd Street and 23rd Street. Transit access is offered to BART via the 24th Street Mission Station. The stop is located just four blocks from the property.

An estimated completion date for the project is not known.

Be the first to comment on "Permits Filed For 1101 South Van Ness In Mission District, San Francisco"

Move-ins for Phase One of 5M Expected This Fall, SoMa, San Francisco