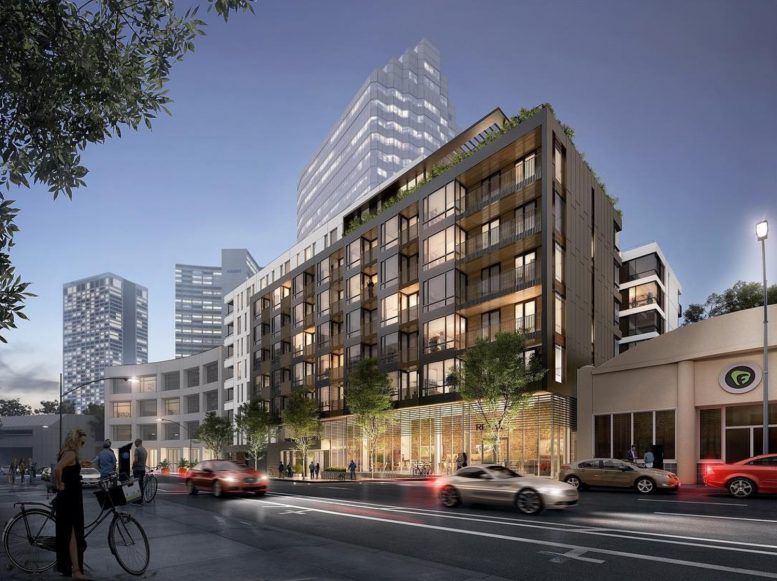 Construction is progressing quickly for the 173-unit residential building at 1940 Webster Street in downtown Oakland. The seven-story project, also known as Modera Lake Merritt, has topped out, paving the way for construction expected to end by early next year. Mill Creek, a national firm based in Florida, is responsible for the development. 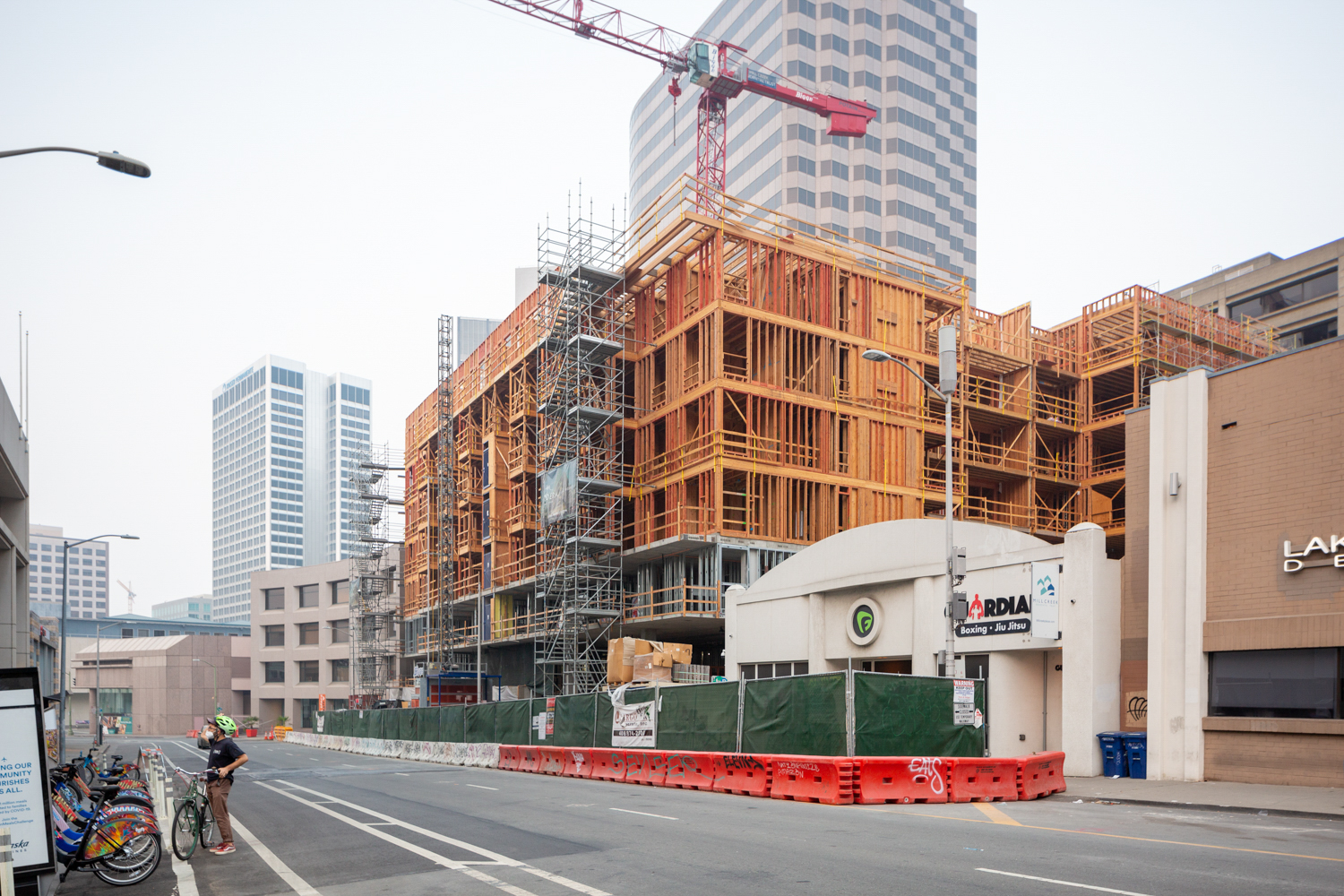 Units will range from studios to two bedrooms, with an average size of 710 square feet per unit, which translates to over 120,000 square feet of residential space. Future dwellers will find access to various amenities, including a resident’s clubhouse, a fitness studio, and a yoga studio. A rooftop deck will include seating, fire pits, and outdoor grills with an up-close view of the downtown skyline. Bicycle storage will be included on-site, along with a whopping 131 car parking spots. A retail shop will take up 1,800 square feet on the ground floor. 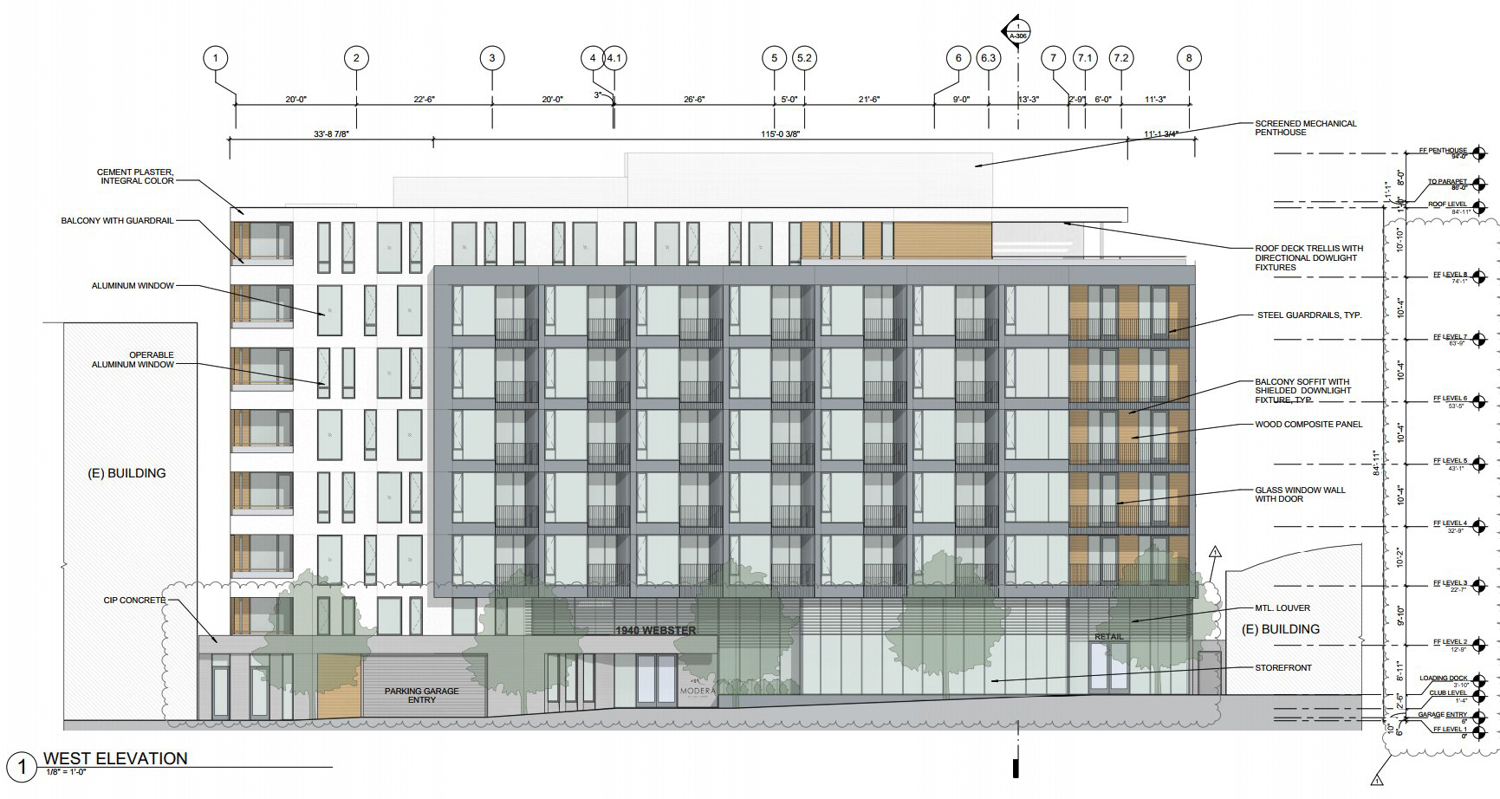 WRNS Studios are responsible for the design. The project is set on a two-story concrete podium, with wood type framing for the upper floors. The ground-floor experience will be split in half, with the main entrance benefiting from a floor-to-ceiling curtain wall and the parking garage entrance with a less detailed treatment. The rest of the building is visually split into two black and white volumes, with wood-accented balconies on both far ends. 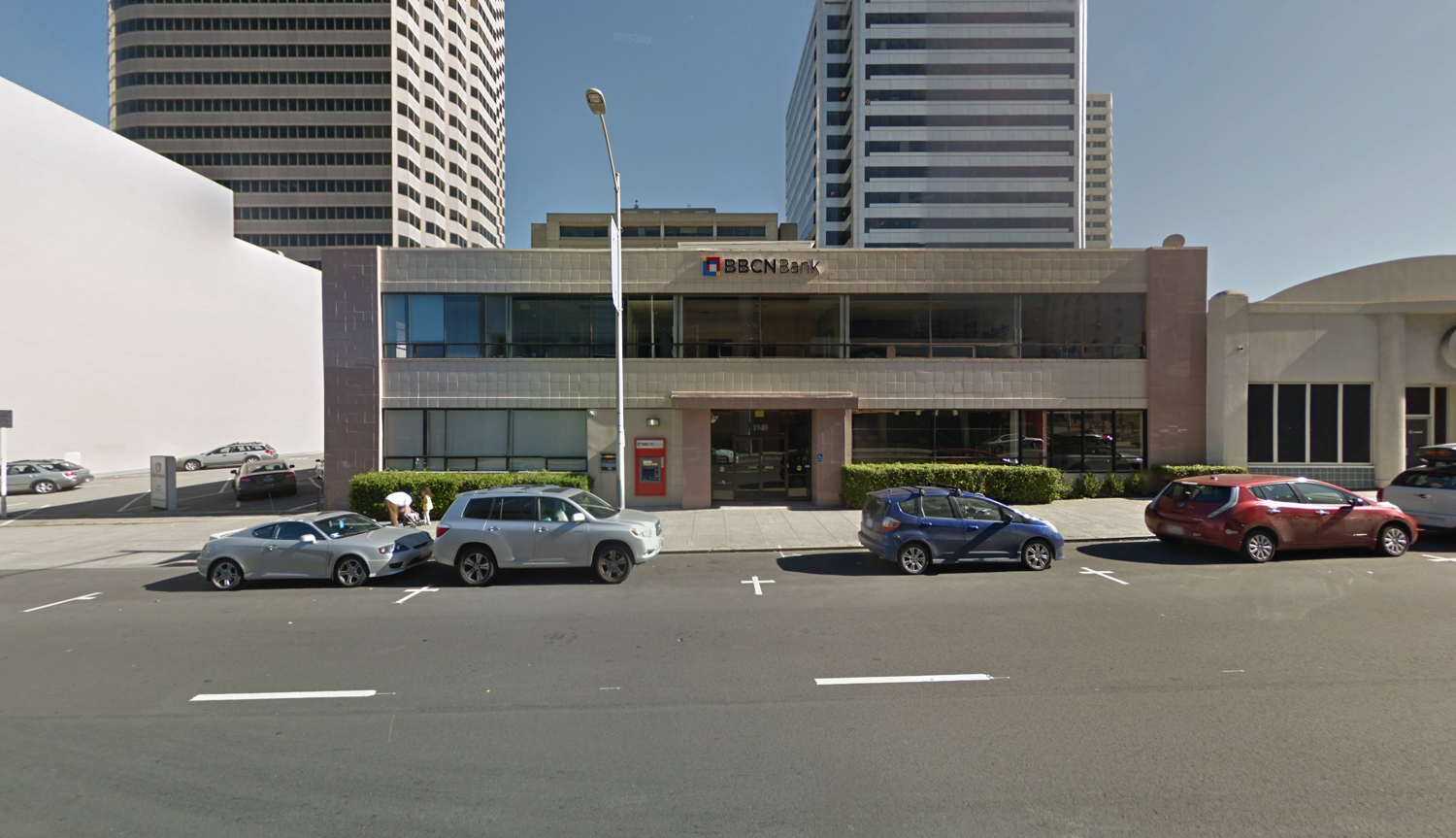 The site is in a fairly opportune high-density location. With the surrounding area lined with many restaurants and bars, the 19th Street Oakland BART station is two blocks away. On top of that, Oakland’s iconic Lake Merritt urban park is right around the corner. The project is replacing a former two-story commercial building with surface parking. 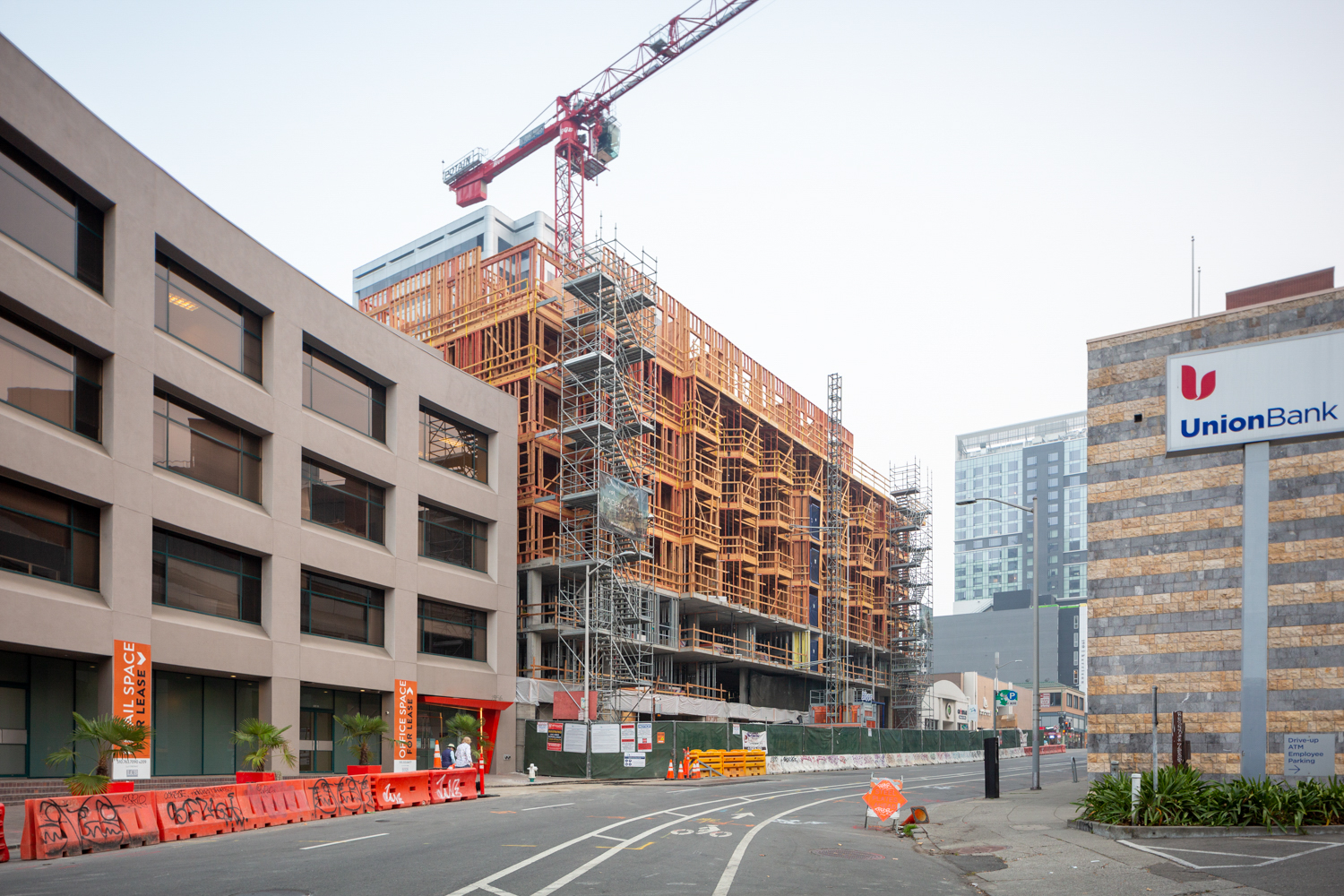 Groundbreaking occurred in 2018, with completion expected in the coming months, conceivably by year’s end.

Be the first to comment on "Construction Tops Out for 1940 Webster Street, Downtown Oakland"