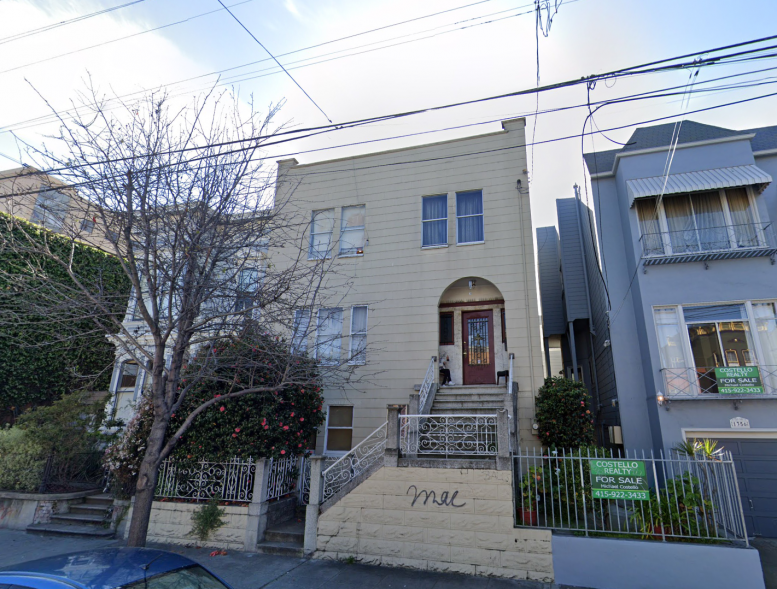 Permits have been filed for a proposed residential building at 1358 South Van Ness Avenue in the Mission District, San Francisco. Demolition of the existing single-family dwelling will make way for the four-story infill, matching the height of the building directly to its north. The project will provide six new apartments.

The existing structure includes a tan façade and smaller windows. On the rooftop corners, two raised columns are visible, adding some design.

The site is between 24th Street and 25th street. 24th Street Mission District Station offers direct transit access to BART, bringing residents to downtown San Francisco and other Bay Area cities. The station is situated only a 915 foot walk from the property.

Be the first to comment on "Proposal Filed For 1358 South Van Ness Avenue In Mission District, San Francisco"