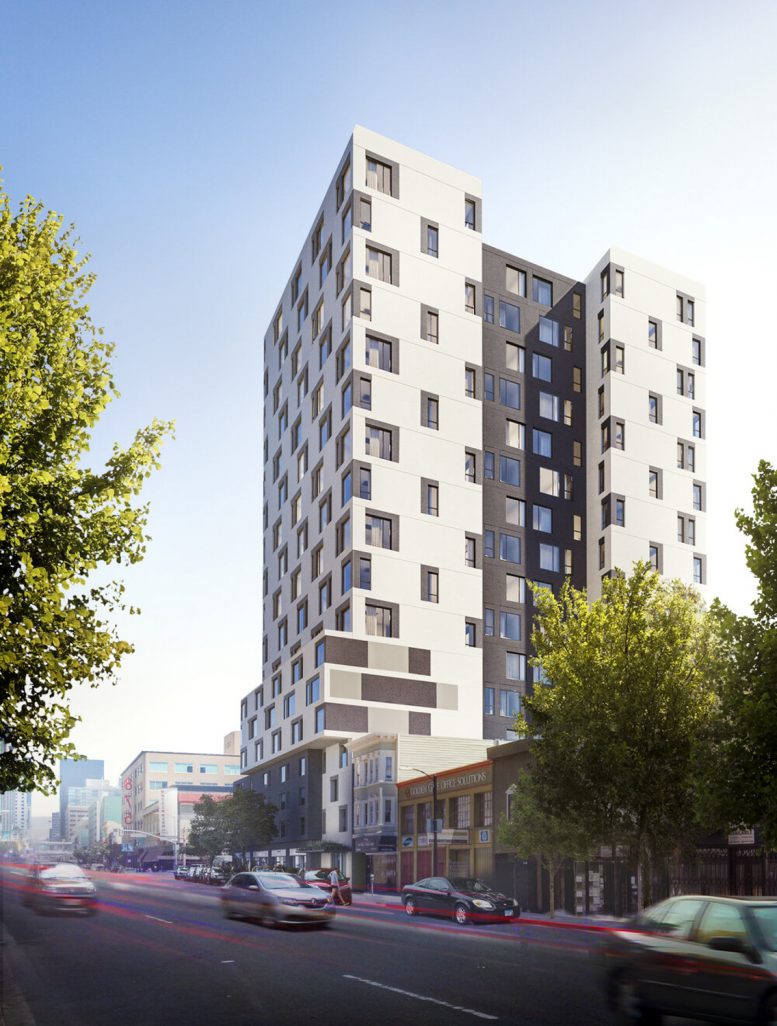 Recent demolition permits have been filed to make way for a mixed-use 18-story tower at 921 Howard Street in SoMa, San Francisco. The permits receive prioritization thanks to the 2013 Executive Directive #13-01, signed by the late Mayor Edwin Lee. The Tenderloin Neighborhood Development Corporation is the property owner and is overseeing that all 203 units will be sold as affordable housing. 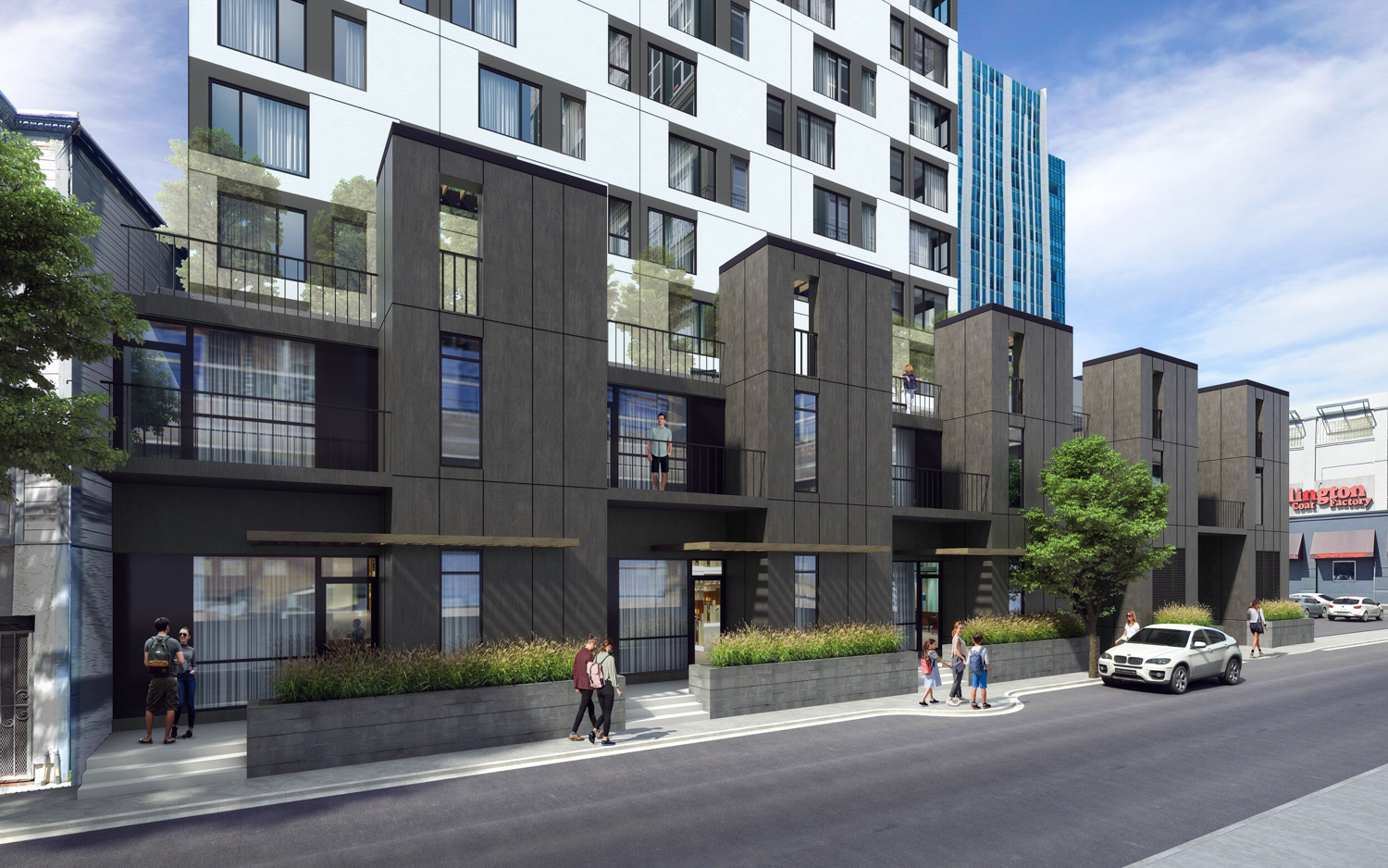 San Francisco-based Perry Architects is responsible for the design. Renderings show black-framed floor to ceiling windows on the white precast concrete facade on top of a four-story black podium. A few units overlooking the narrow Tehama Street will include private balconies. 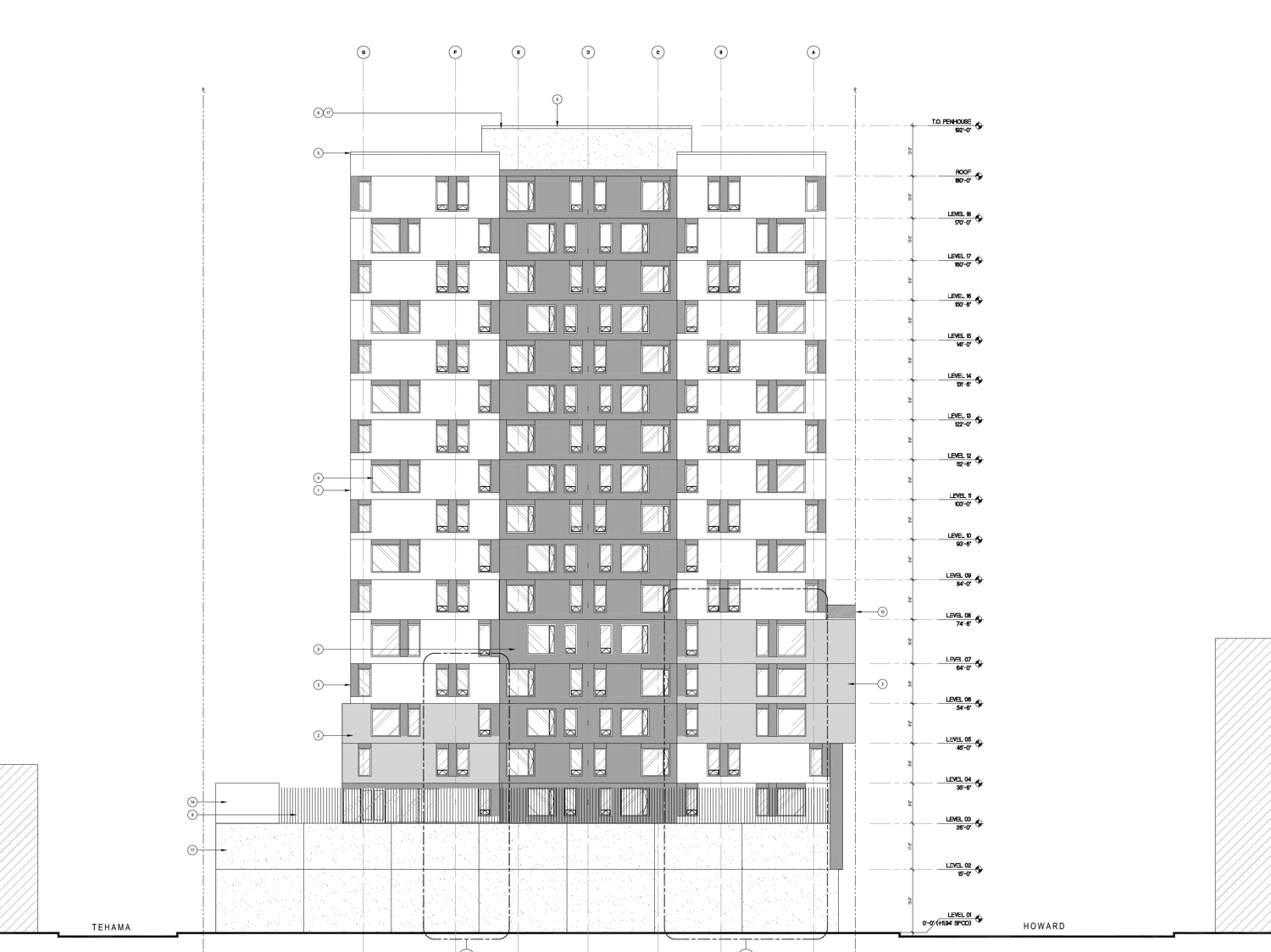 The development benefits from no parking requirements, making the project cheaper, more resource and environmentally efficient, and minimal congestion. Storage for 134 bicycles will be included on-site, with three vehicle parking spots for staff. The developers are expecting to meet GreenPoint Rated standards, a metric ranking water usage, waste produced, the available transit options, and considerations for the residents’ health.

In another sign of the power of the city and state government to dictate development in California, the developers also used Senate Bill 35 to expedite approval. 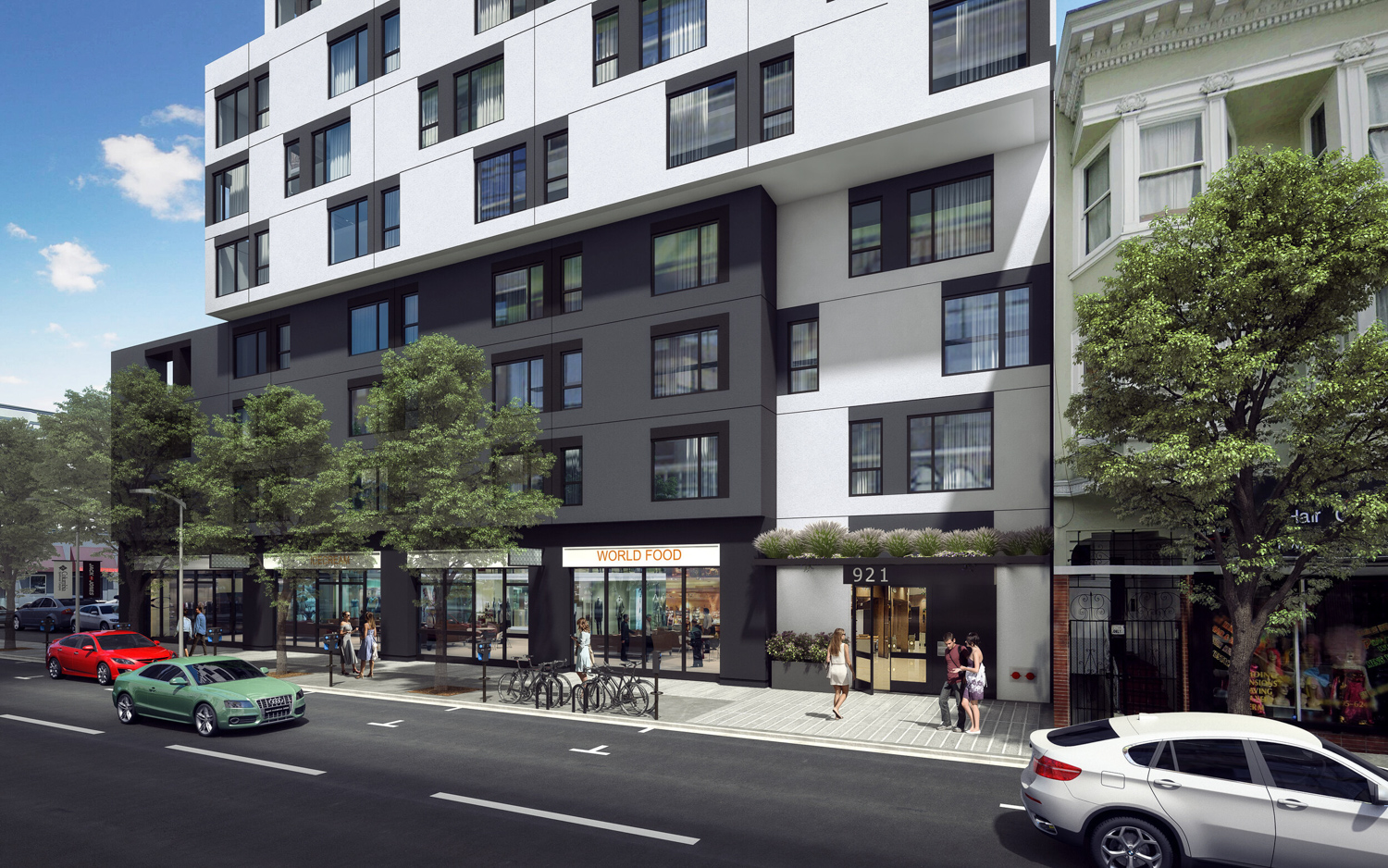 The site is certainly in a desirable location. It’s just two blocks south of the city’s Yerba Buena Gardens and the nearly complete 706 Mission Street. Residents will find access to the nearby Powell Street BART Station, with the Union Square just a few short blocks further. The address is immediately opposite the 5M Development and its 49,000 square feet of public amenities and open parks.

Swinerton will be in charge of construction, which is expected to begin soon. Construction is estimated to cost $70 million, equal to the most expensive car ever sold; the 1963 Ferrari 250 GTO purchased in 2018. The project will leave an available parcel for development at 206 5th Street.

Be the first to comment on "2013 Mayoral Directive Fast-Tracks Permits for 921 Howard Street, SoMa, San Francisco"