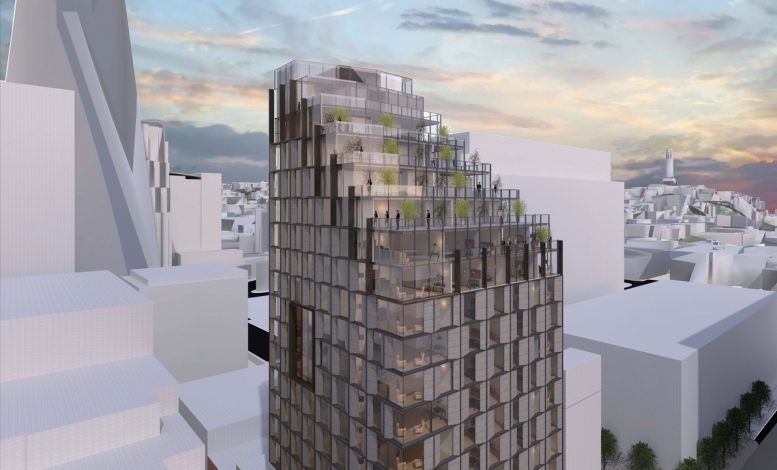 Developers are planning for a new hotel to rise at 447 Battery Street in San Francisco’s Financial District. Sponsored by 447 Partners LLC, the proposal will take a three-story commercial building, retain its historic brick facade, and build an 18-story mixed-use tower. It will be primarily used as a hotel, though nine residential units and ground-floor retail will be included. The proposal will be going to the city’s Historic Preservation Commission at 12:30 pm today, with streaming online options.

If approved in full, the four-star hotel will rise 200 feet to include 198 hotel rooms, restaurants on the ground floor and rooftop, and an adaptively reused brick facade. The basement, dropping down four levels, will consist of parking for bicycles and 24 vehicles, mechanical equipment, and conference rooms. The building will gross 143,450 square feet, with 7,486 square feet for the two restaurants. The sponsors describe their objective as to “add a well-designed building to an underutilized parcel in an area with a demonstrated demand for hotel rooms.” 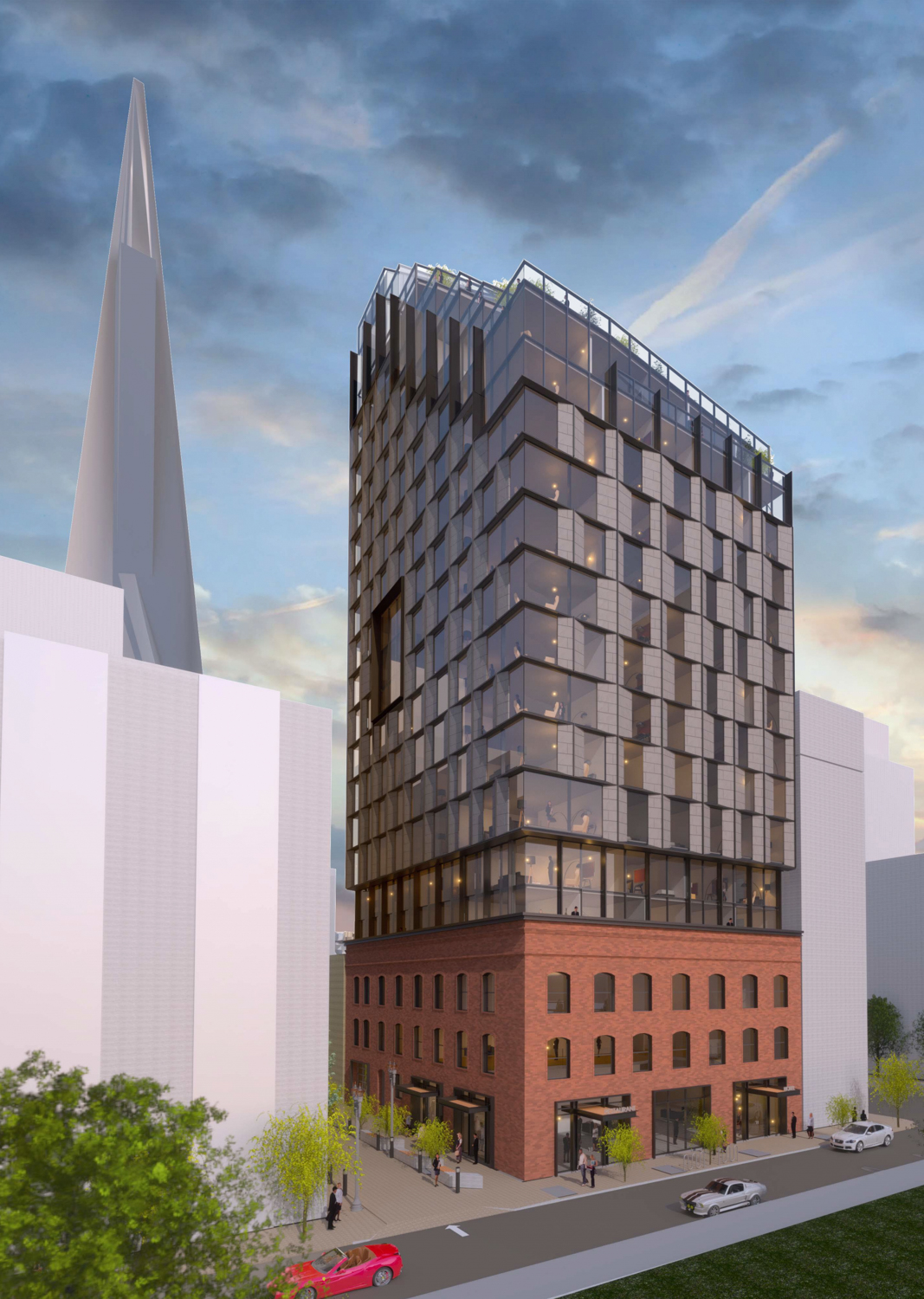 Partial preservation would leave the hotel just 12 stories tall, for a 128-foot peak. Less than two-thirds of the hotel capacity would be left, 130 rooms. The structure would gross 110,600 square feet. Full preservation would produce just twenty-two percent of space for the neighborhood, making just 42 hotel rooms across 31,420 square feet. The restaurant space would see a dramatic decrease to 2,630 square feet. In all proposals, the historic facade will be preserved and integrated into the design. 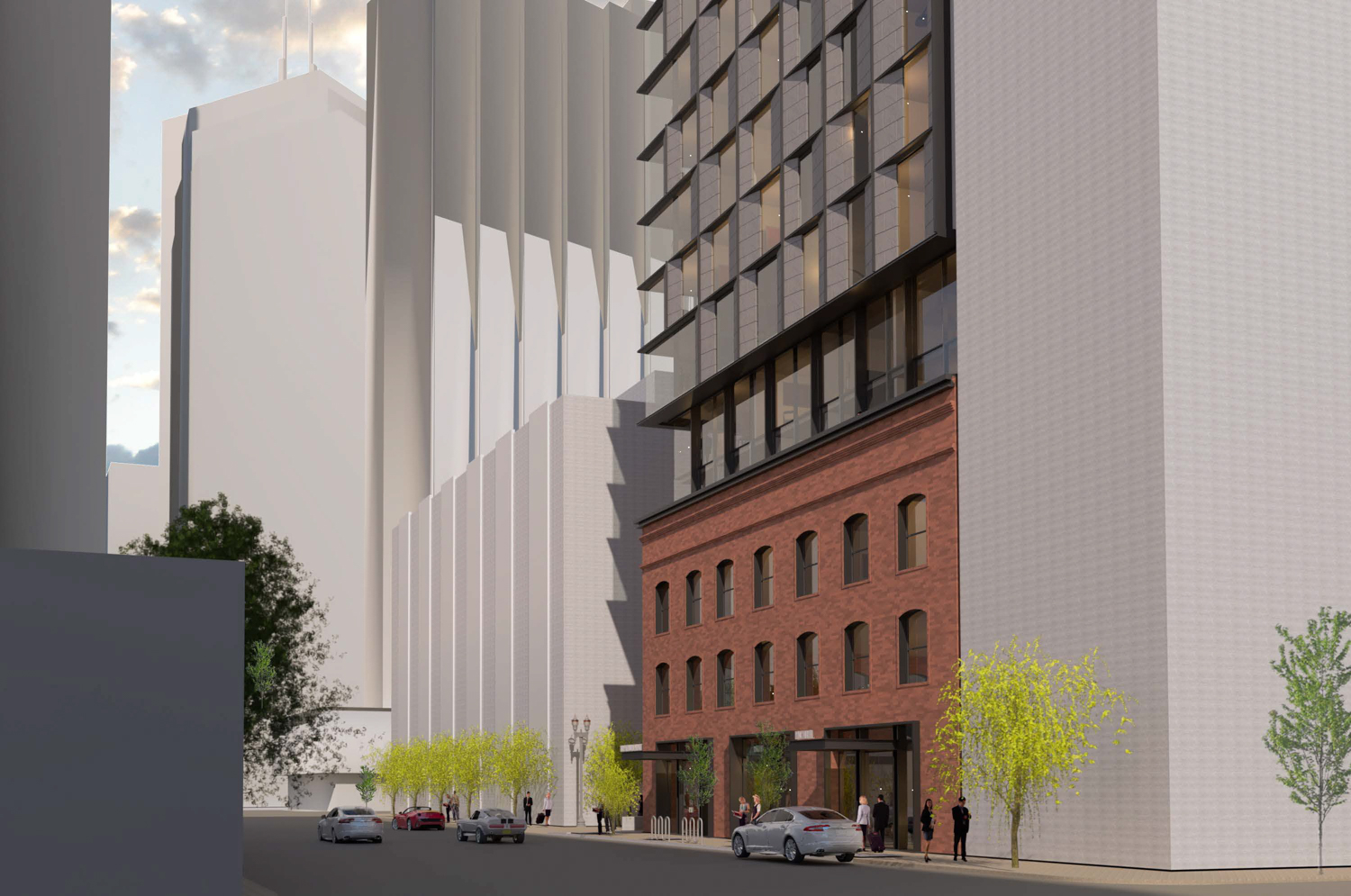 Heller Manus is responsible for the building’s design. The design is intended to balance the architectural elements of the old and new. The modern tower will be clad with large limestone panels within a metal frame, with curtain wall windows wrapping the rest of the structure. The foundation will include a 55-foot deep excavation to make space for a large basement. 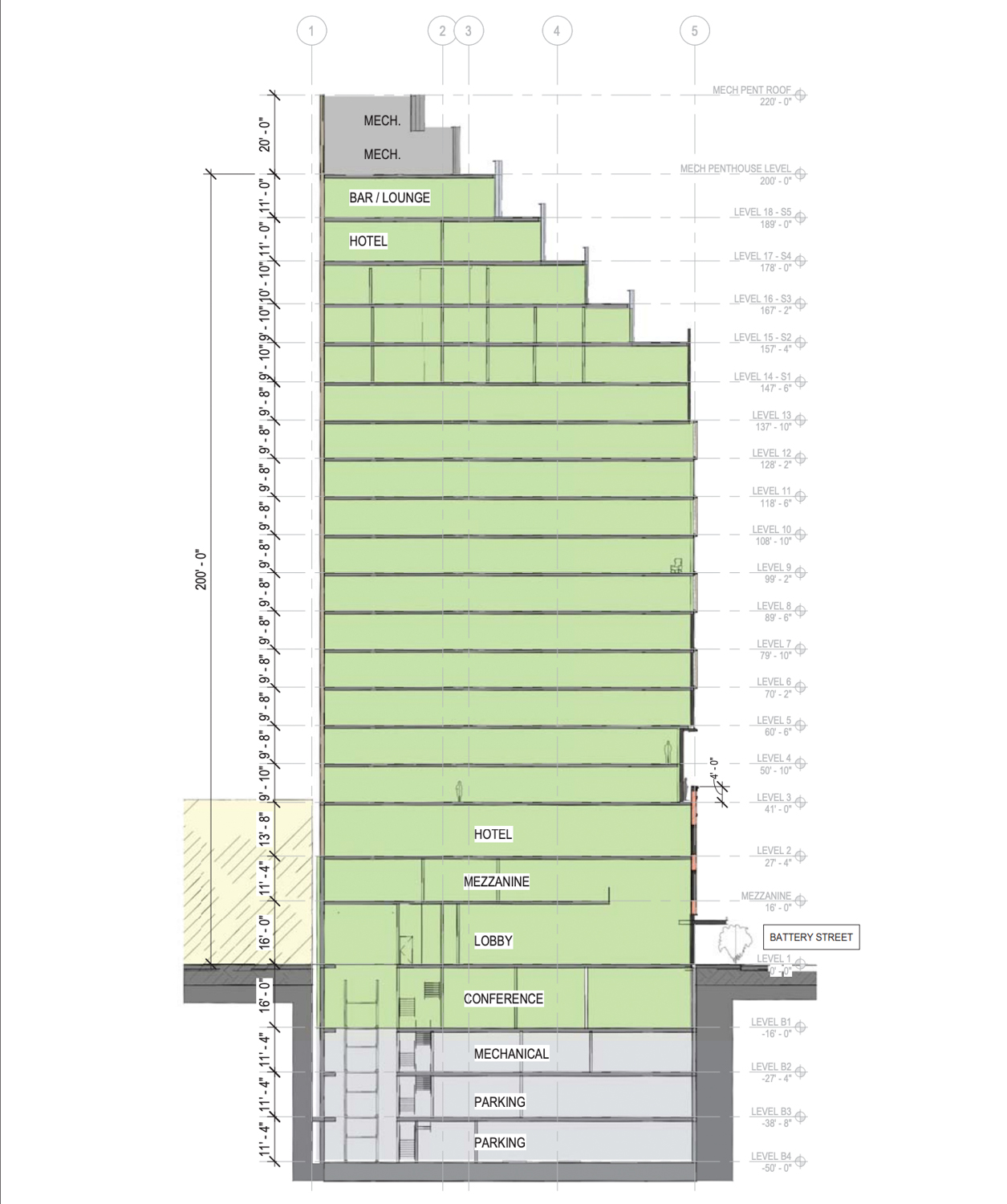 The lot last sold in 2o07 for $7.6 million, with the land assessed as more valuable than the existing structure.

The preliminary recommendation for today’s meeting is to review and comment. The process from demolition to completion is expected to last 31 months. If construction begins in February 2021, as the developers anticipate, the project will finish by mid-2023.

Be the first to comment on "447 Battery Street Heading to Historic Preservation Commission, FiDi, San Francisco"