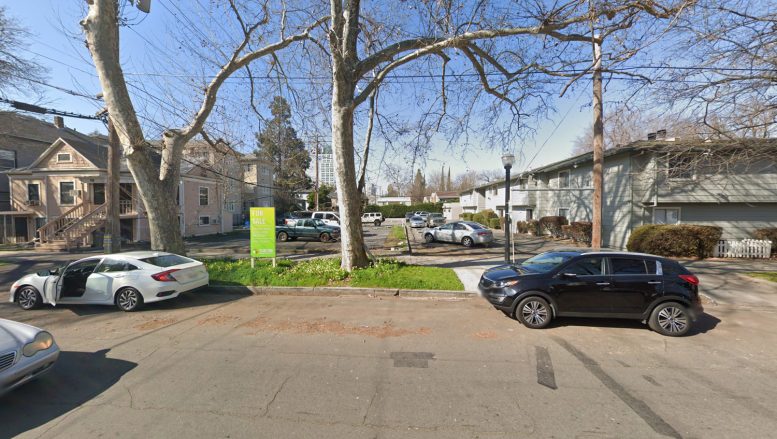 New building permits have been filed for a mixed-use building at 714 14th Street in the Mansion Flats neighborhood of downtown Sacramento. The lot is less than ten minutes from the city’s central California State Capitol Park. The project will add both residential and small-scale office space to an active neighborhood currently covered with surface parking.

The city government’s response to the permit can be expected by November 9th. However, the infill development, which will not noticeably alter the neighborhood density, is more than likely to be approved. The developer and architect were not listed on the public documents.

Be the first to comment on "Permits Filed for 714 14th Street, Downtown Sacramento"

Review Pending For an Apartment Complex On Terracina Drive In Sacramento