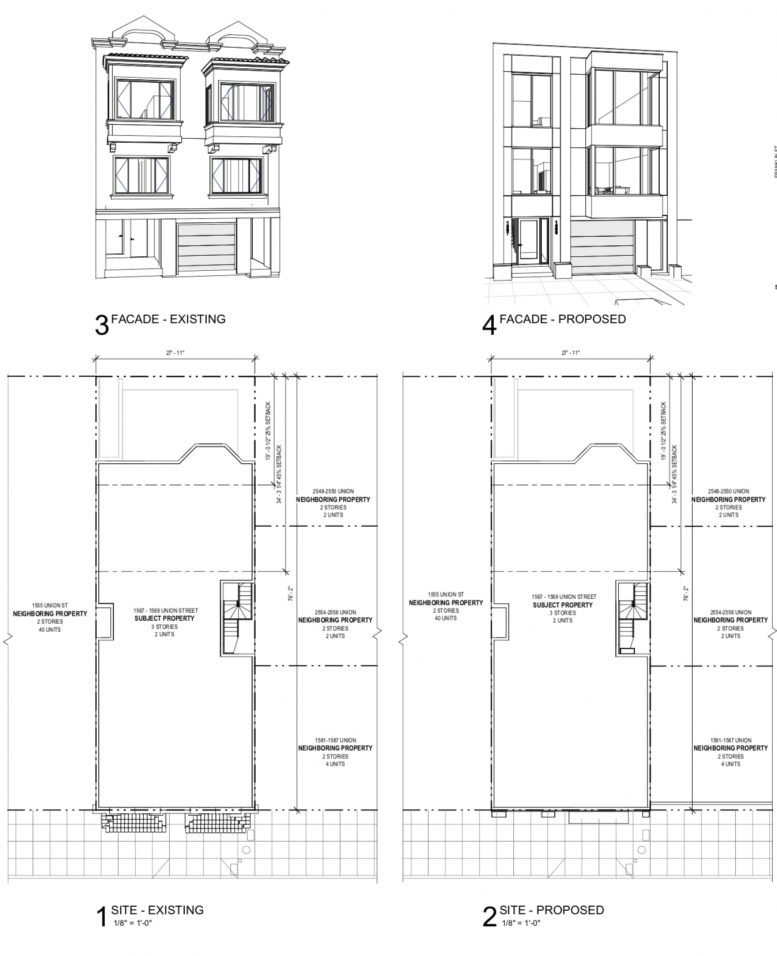 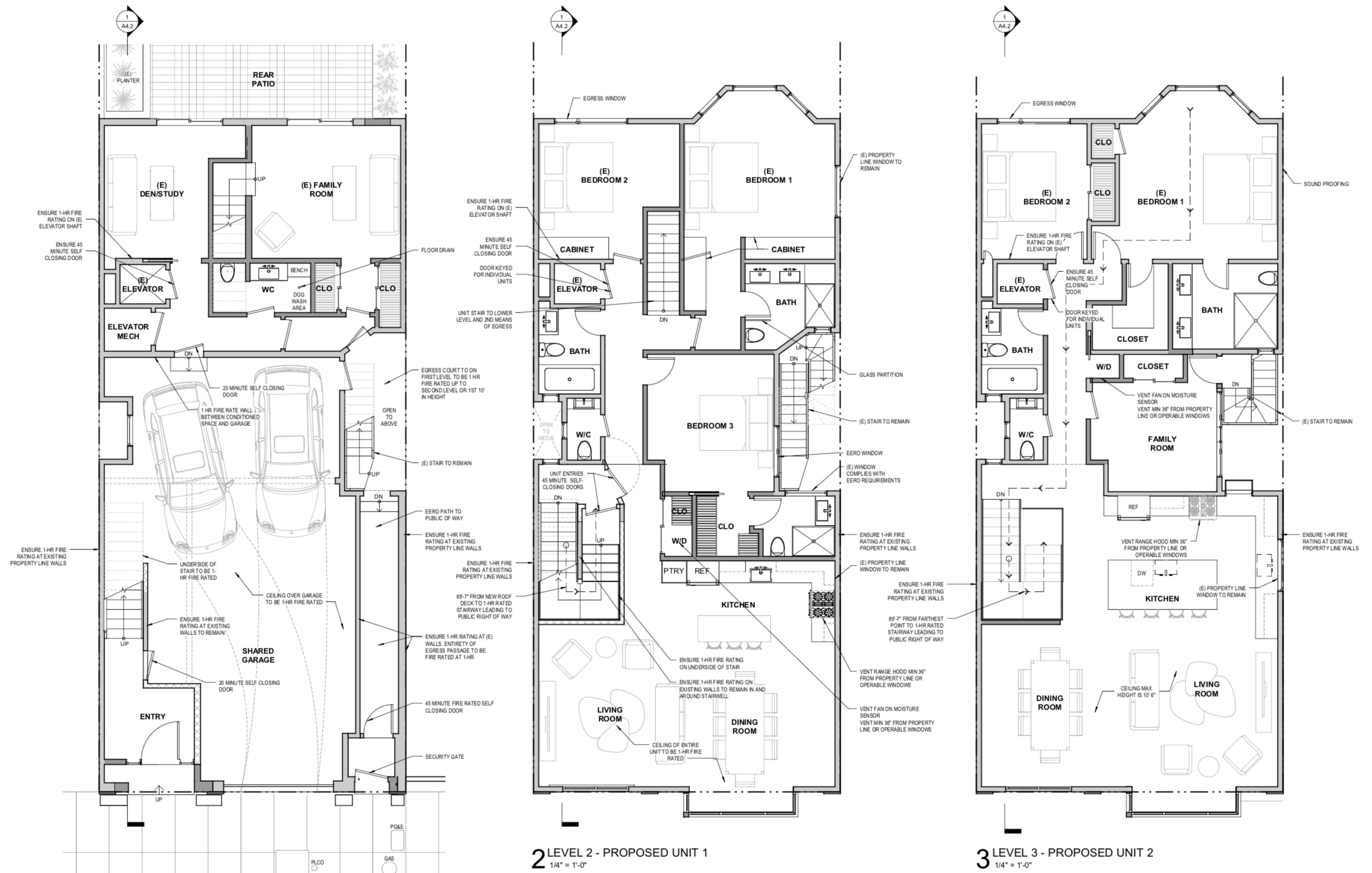 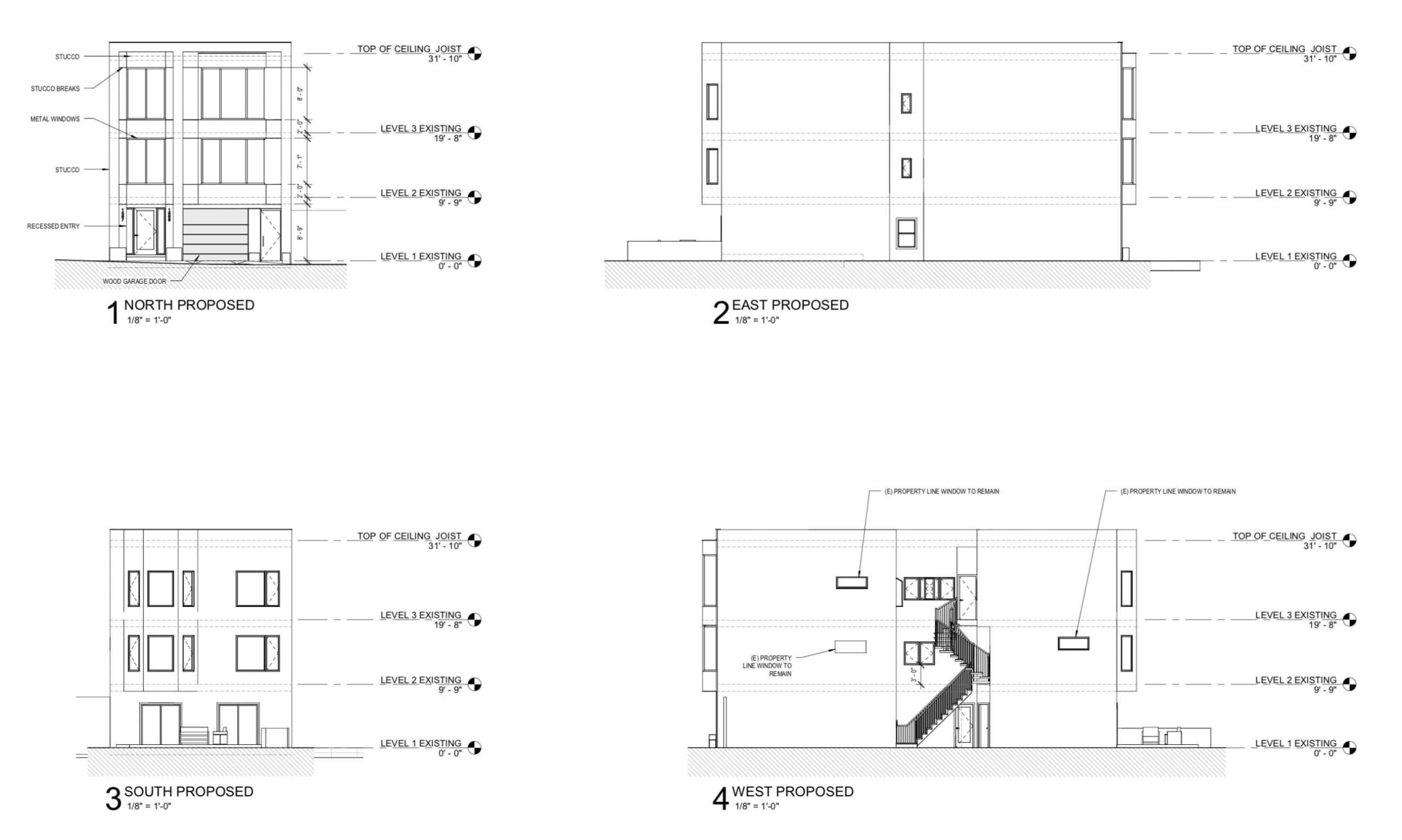 The detailed scope of work is the removal of two upper bay windows and replacement with a single bay window less than 8 square feet in size. The floor area will not be increased. The first-floor remodeling consists of reconstructing the entryway for a single entry door, common lobby, and stairway to unit doors. The addition of an internal staircase connecting the area behind the garage to level 2 is also included. The second-floor remodeling features reconfiguring the interior layout, moving the kitchen to the front of the building, and changing the existing kitchen space to the bedroom. Minor changes to rear bedrooms are also planned. The third-floor remodeling consists of moving the kitchen to the current dining room, changing the kitchen area to the family room, and adjusting to the rear bedroom. 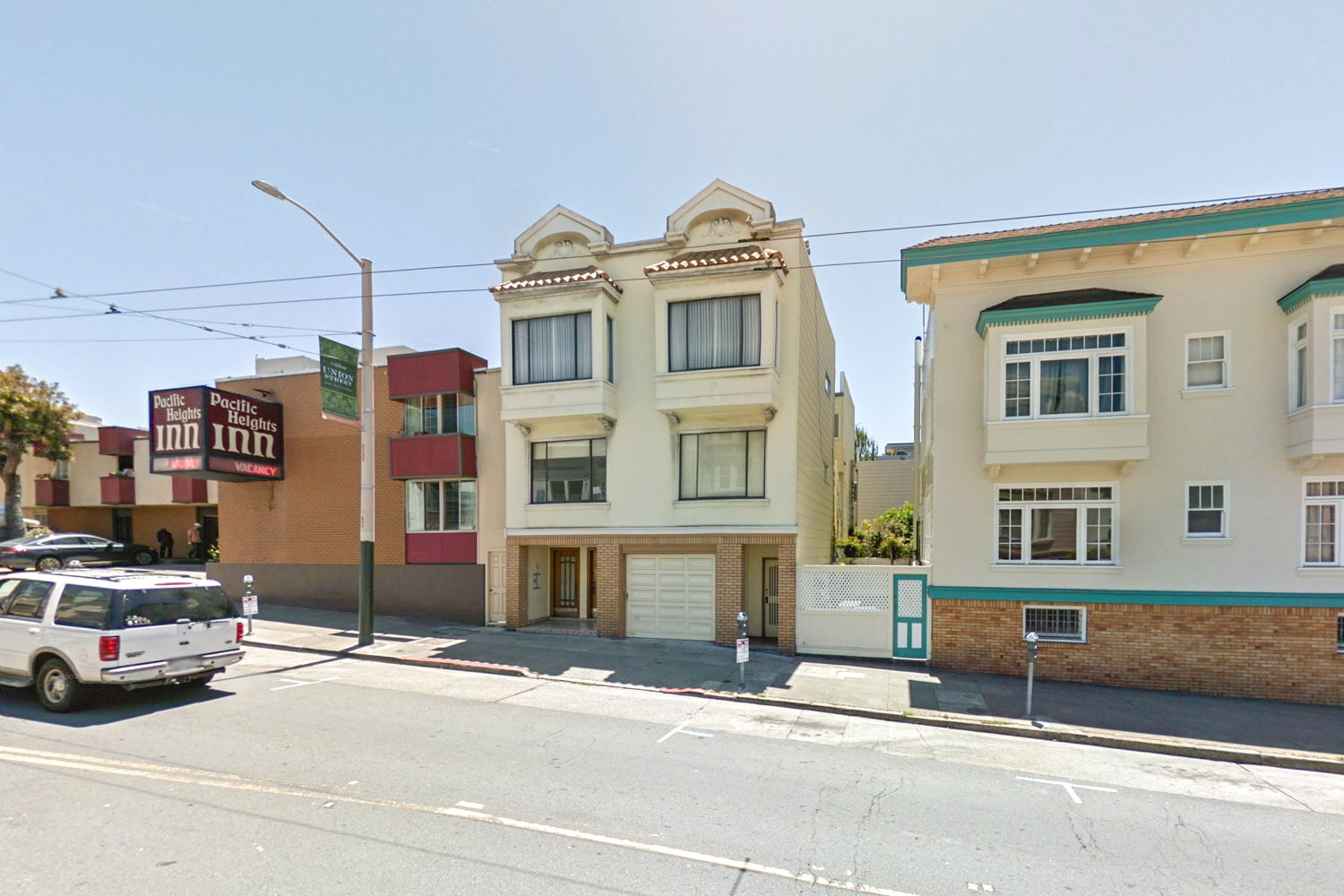 Be the first to comment on "New Renovation Planned For 1567-1569 Union Street, San Francisco"