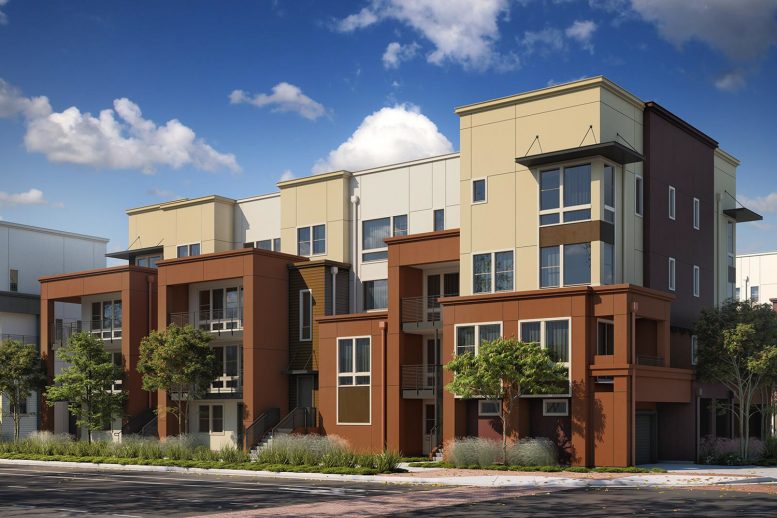 Permits have been approved for nine new multi-family apartment buildings. The applications will build 74 units in sum as part of the nearly two-thousand unit Boulevard Dublin development in Dublin, Alameda County. Boulevard is a joint project with Brookfield and Lennar. For the permits most recently approved, Lennar is responsible. 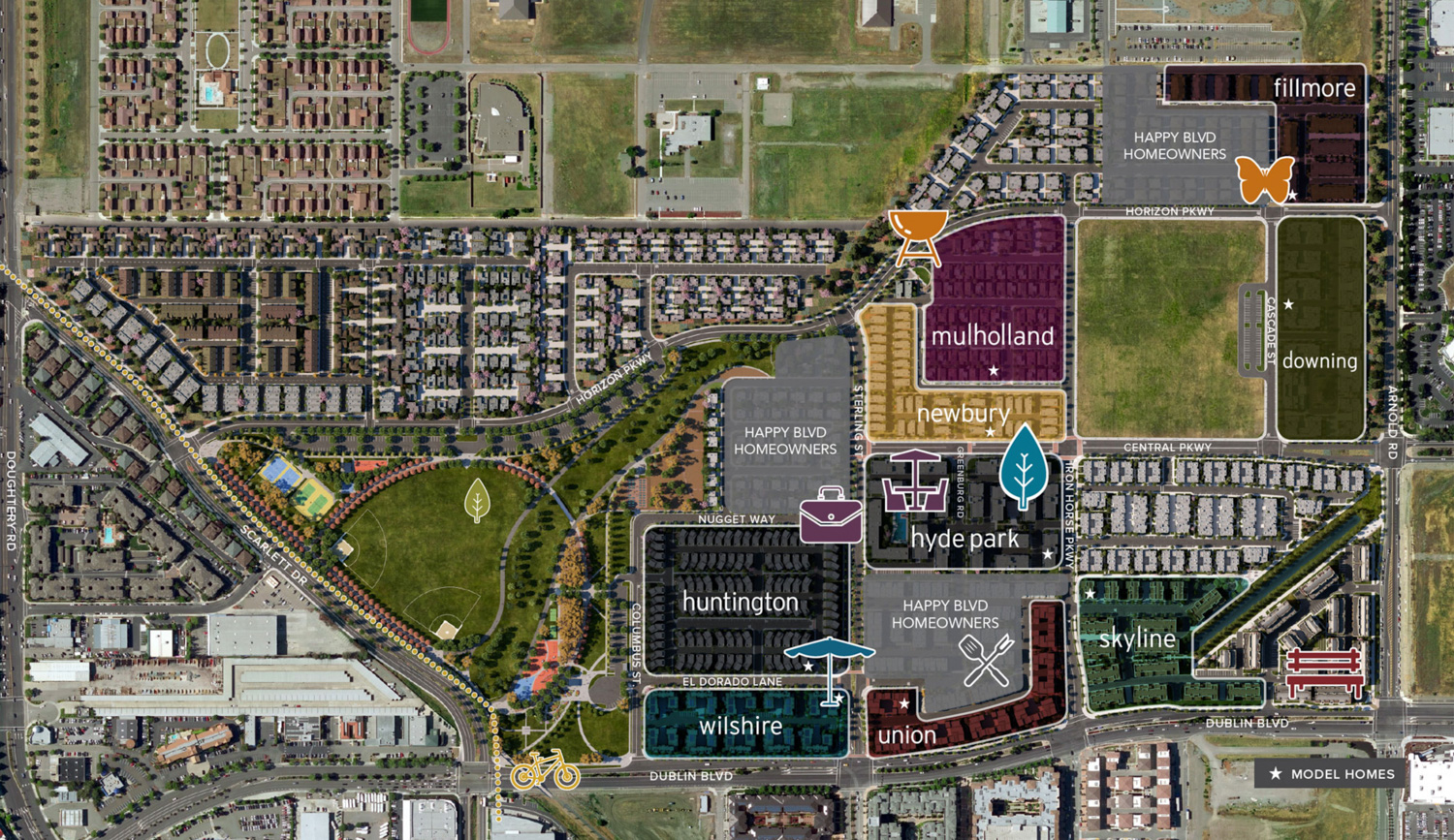 These permits reflect plans within two distinct enclaves. Three are for the Downing community, and six for Skyline. Both neighborhoods expect to start prices in the mid to high $800,000 range, offering units with three beds and 2.5 to 3 bathrooms. 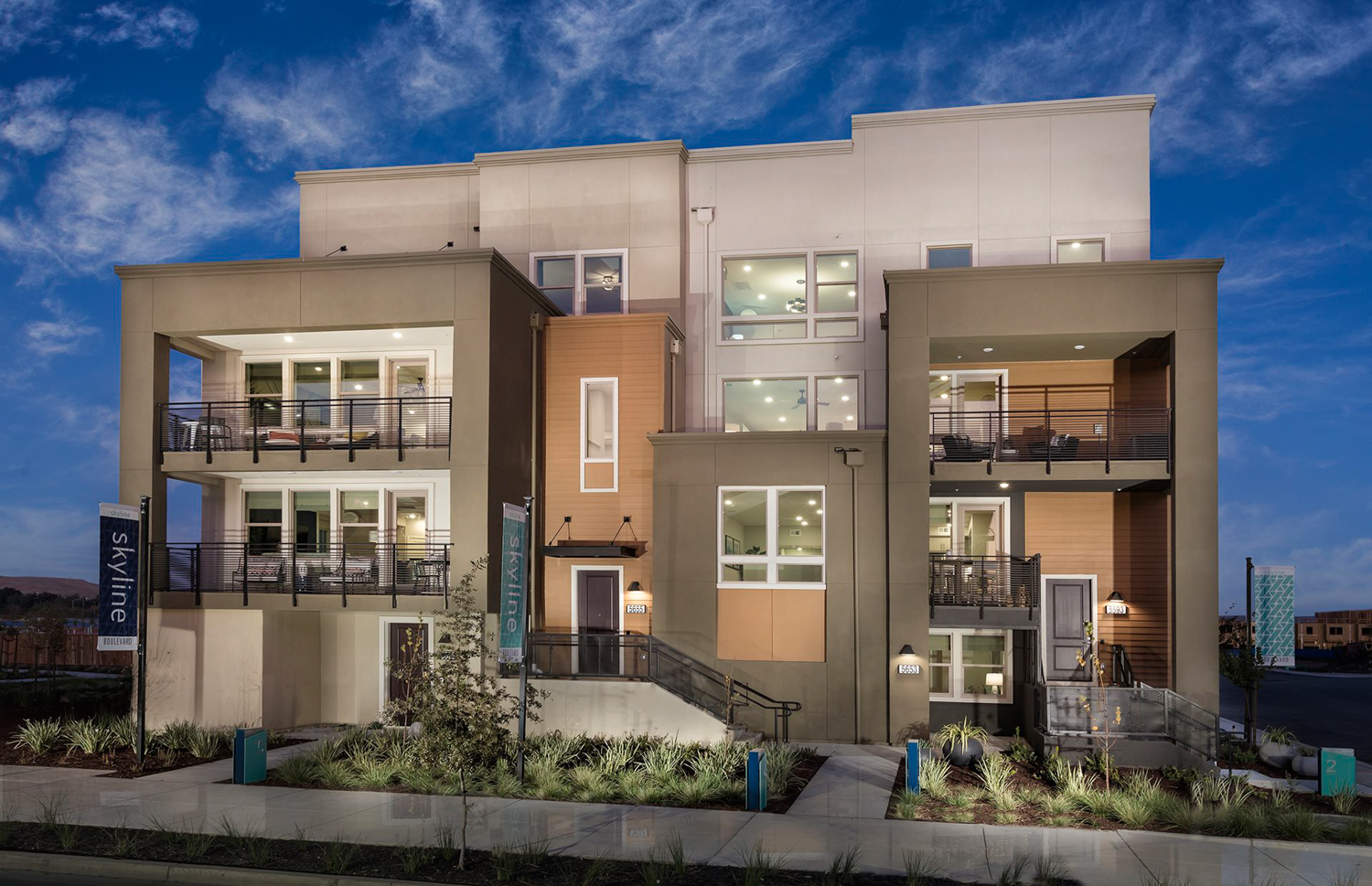 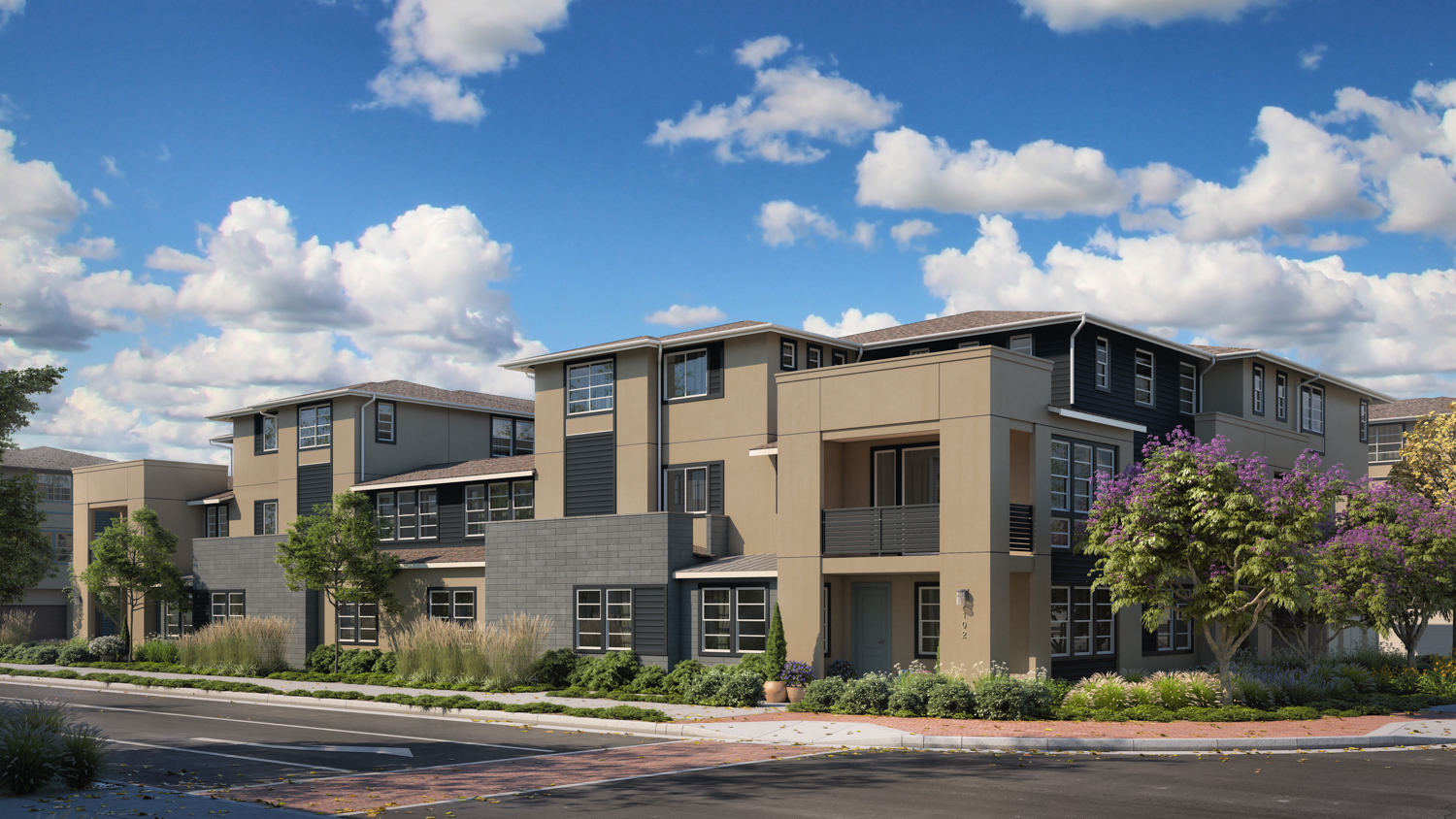 Construction has already begun for several parcels of 189-acre Boulevard Dublin, in collaboration with Brookfield. The neighborhoods include detached single-family houses, flats, and townhouses. Boulevard Dublin will dramatically alter land used by the US Army up until recently. The project includes a community center, landscaped parks, an on-site public school, and around 200,000 square feet for commercial retail. SFYIMBY previously reported on the permits filed in the Hyde Park and Mulholland enclave. Groundbreaking for Boulevard Dublin occurred in July of 2016. 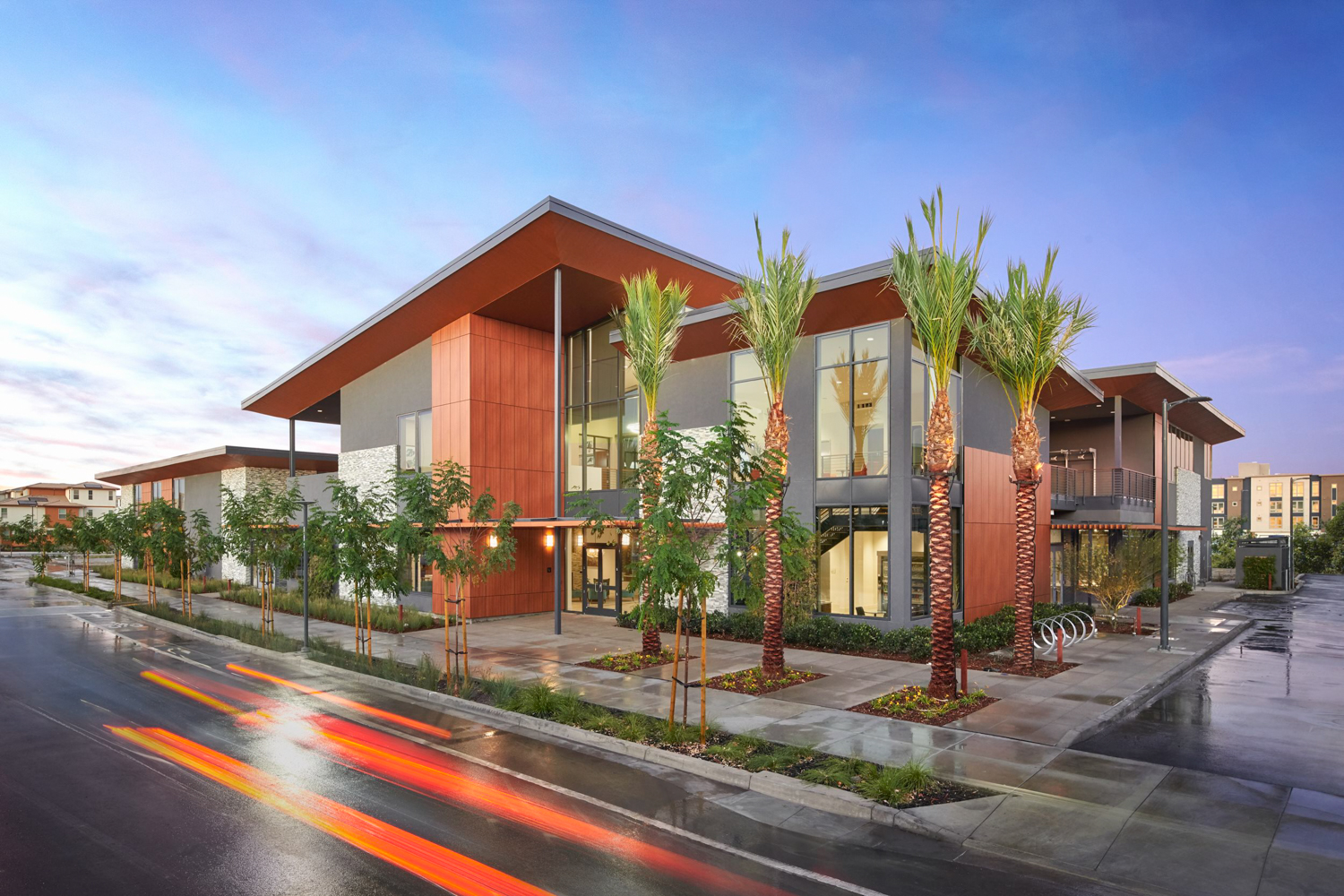 The city of Dublin regularly has one of the fastest-growing populations in the State. It has become a significant economic engine for the affluent Tri-Valley area. Centered around two BART stations, the availability of transit has allowed the city to use more urban-oriented policies to orchestrate its steady increase in population.

Be the first to comment on "Permits Approved for Nine Buildings in Boulevard Development, Dublin, Alameda County"