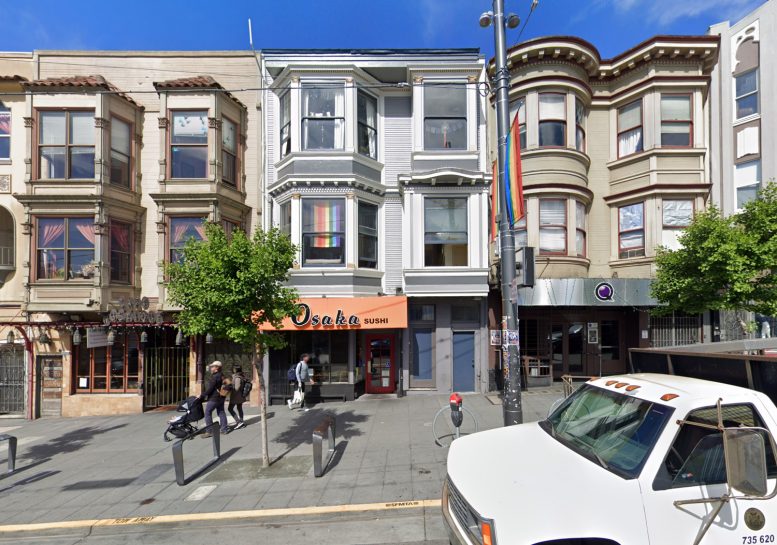 Permits have been filed to rebuild a residential building at 458 Castro Street, in the Castro District, San Francisco. The development will include minor increases in height and size and reintroduce two residential units into the neighborhood after the building caught fire earlier this year. Oakland-based Design Draw Build Inc. is the architect of record. 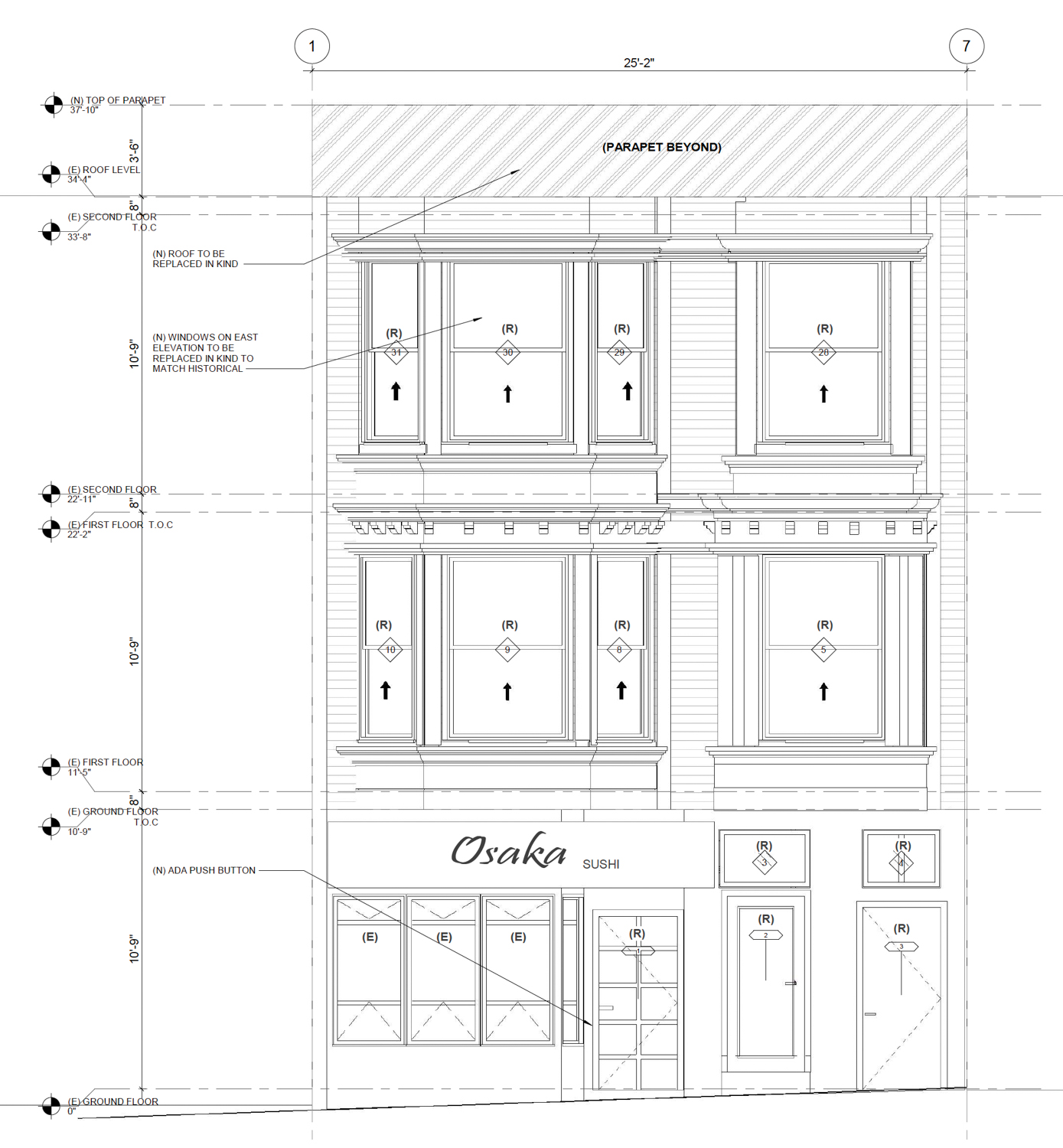 Construction will, among other things, be replicating the historic windows, wood siding, raising the parapet, and adding a new roof. The rear of the building endured most of the damage and so will be the most extensively rebuilt. The proposed building rises 37 feet, two feet higher than before. Otherwise, the facade will be restored to its original appearance.

Osaka Sushi restaurant will reoccupy the groundfloor retail space. The full reconstruction yields 4,900 square feet on top of the 1,913 square-foot footprint. The lot itself spans 3,060 square feet, with a sizable rear yard.

Ashley and Vance Engineering INC are in charge of structural engineering, with a resident and owner of 458 Castro, Peter Kung, leading the development. The lot was last valued by the city at $280,000. 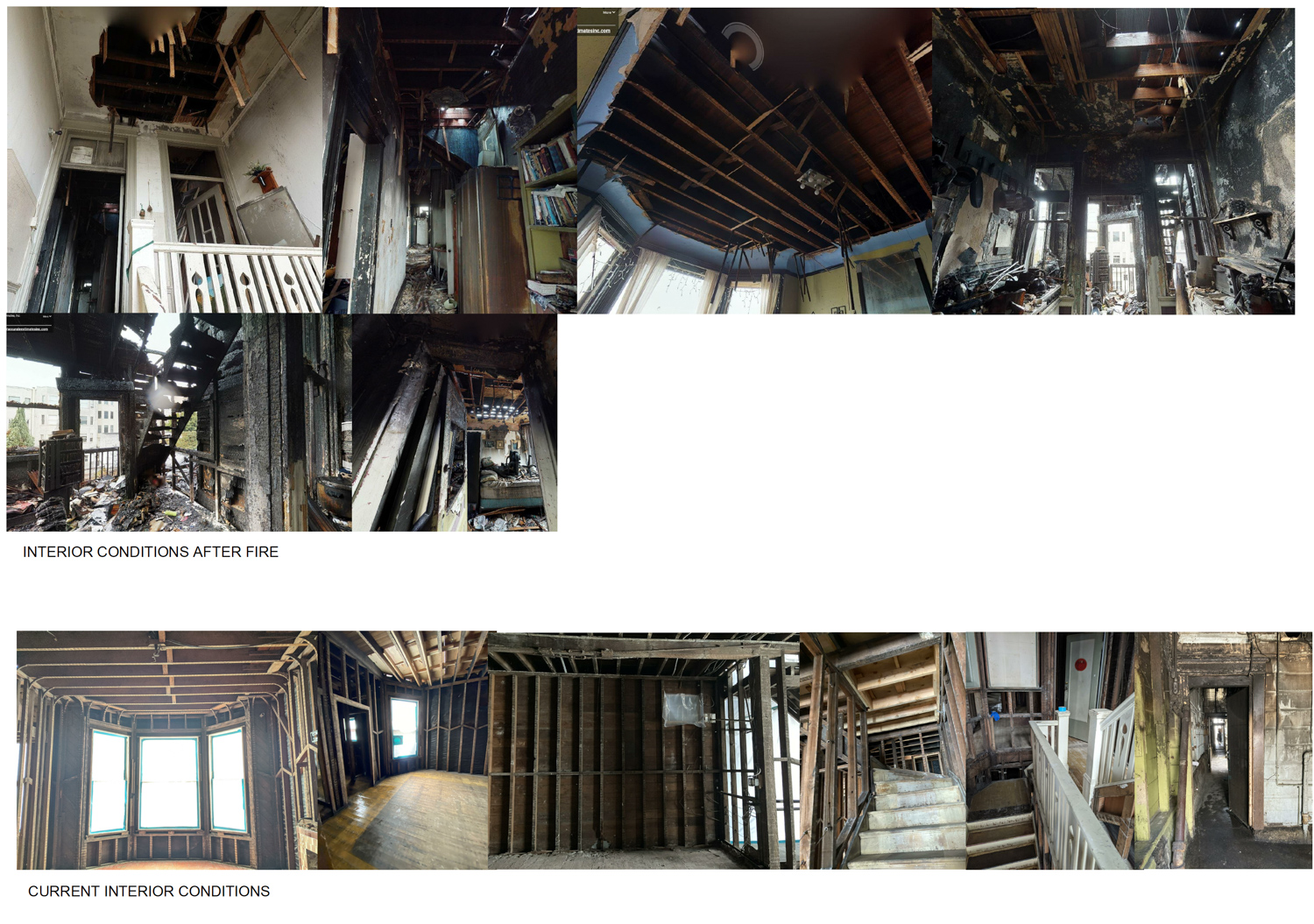 458 Castro is right in the center of the neighborhood’s most active block, with retail and housing in relative abundance. The future tenants will find access to light rail and multiple bus lines half a block away along Market Street.

Be the first to comment on "Permits Filed for 458 Castro Street, Castro District, San Francisco"